Rex finished among the top five in nearly half of his 233 races and outside the top 10 only 30 percent of the time.

Consistency was the Hallmark of His Career

White was a short track specialist in an era in which those tracks dominated the schedule.

Of his 28 career wins in the NASCAR Sprint Cup Series, only two came on tracks longer than a mile in length. White’s victory total ranks 22nd among all-time premier series winners.

White won six times during his 1960 championship season posting 35 top 10s in 40 starts. He finished in the top 10 six of his nine years in the series including a runner-up finish in 1961. He was the fourth driver to win a premier series championship in his own equipment.

White hails from Spartanburg, S.C., once the hub of stock car racing and a community that produced NASCAR Hall of Famers David Pearson, Cale Yarborough, Cotton Owens and Bud Moore. White was named one of NASCAR’s 50 Greatest Drivers in 1998.

Glen Wood (No. 21) and Rex White (No. 4) lead the field for the start of the race at Martinsville Speedway in 1960. Courtesy of ISC Archives via Getty Images.

White's No. 4 started on the pole at Savannah Speedway in 1962. Courtesy of ISC Archives via Getty Images. 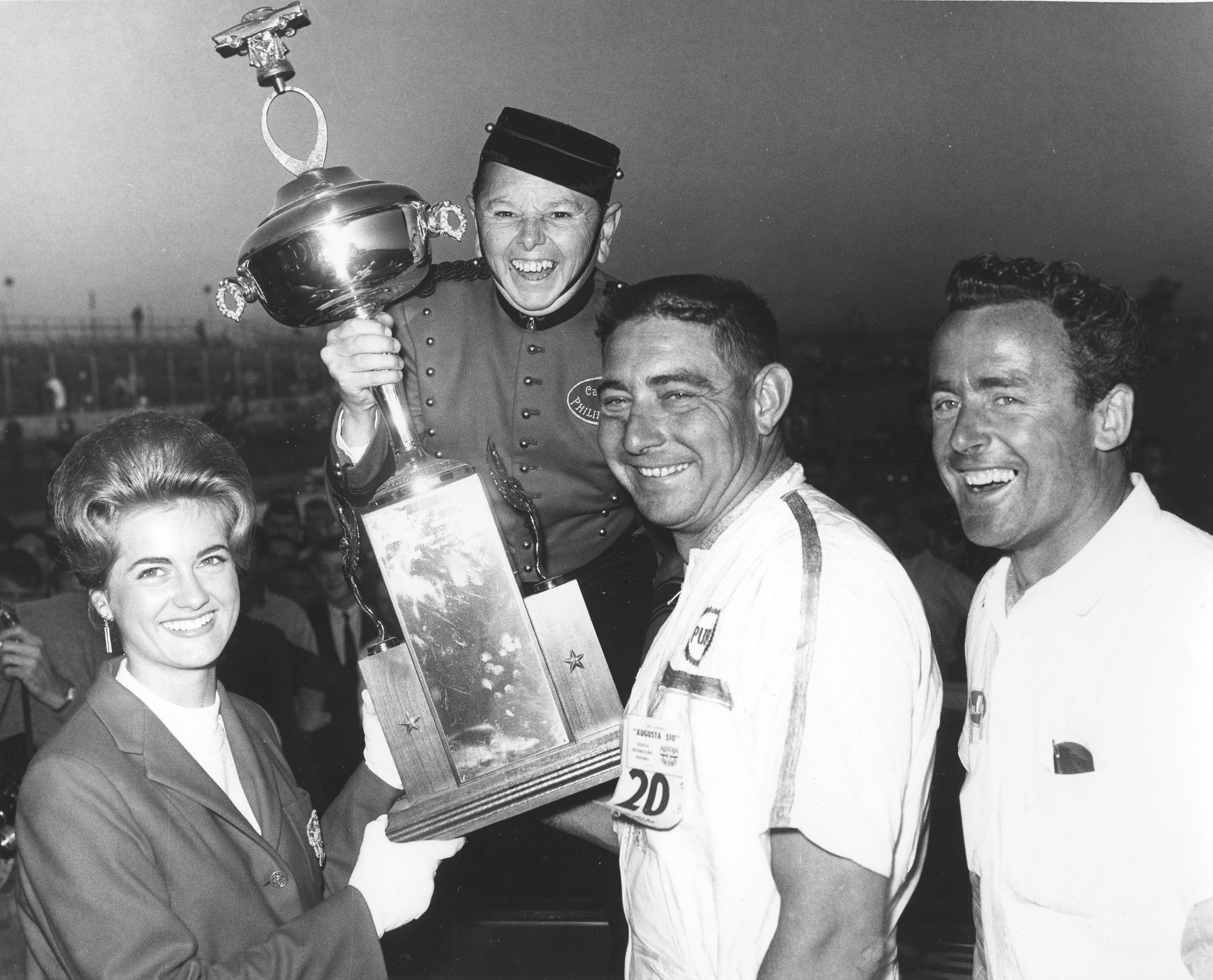