Fox won nine times as a car owner with Johnson and twice—including the 1964 Southern 500—with Buck Baker.

A New England native, Ray Fox grew up in New Hampshire and saw his first automobile race at the 2.0-mile board track at Rockingham Park.

Fox built the engine in Fish’s Buick (driven by Fireball Roberts) which led the 1955 race on Daytona’s Road-Beach Course wire-to-wire. Roberts, however, was disqualified after it was determined that the car’s mechanic, Red Vogt, had modified the push rods. In 1956 Fox went to work for Carl Kiekhaefer whose Chrysler 300 cars won 22 of the season’s first 26 races driven by Herb Thomas, Buck Baker and Speedy Thompson. Baker won the championship and Fox was named Mechanic of the Year at the season’s end.

Fox opened his own engine shop the following year. In 1960, he built the Chevrolet in which NASCAR Hall of Famer Junior Johnson won the Daytona 500—the year Johnson discovered the secret of the draft that contributed to his improbable victory. Rookie of the Year and NASCAR Hall of Famer David Pearson won three times in 1960 driving Fox-built Pontiacs.

In 1962, Fox became a car owner. He won nine times with Johnson and twice—including the 1964 Southern 500—with Buck Baker. Fox’s two wins with Buddy Baker included the 1967 National 500 at Charlotte Motor Speedway. Earl Balmer won a Daytona 500 qualifying points race in a Fox-owned Dodge in 1966. Others who competed in Fox’s cars included NASCAR Hall of Famer Cale Yarborough, Fred Lorenzen and Charlie Glotzbach.

Fox retired in the early 1970s but in 1990 accepted the role of NASCAR’s engine inspector, a position he held until his second retirement at the age of 80 in 1996. 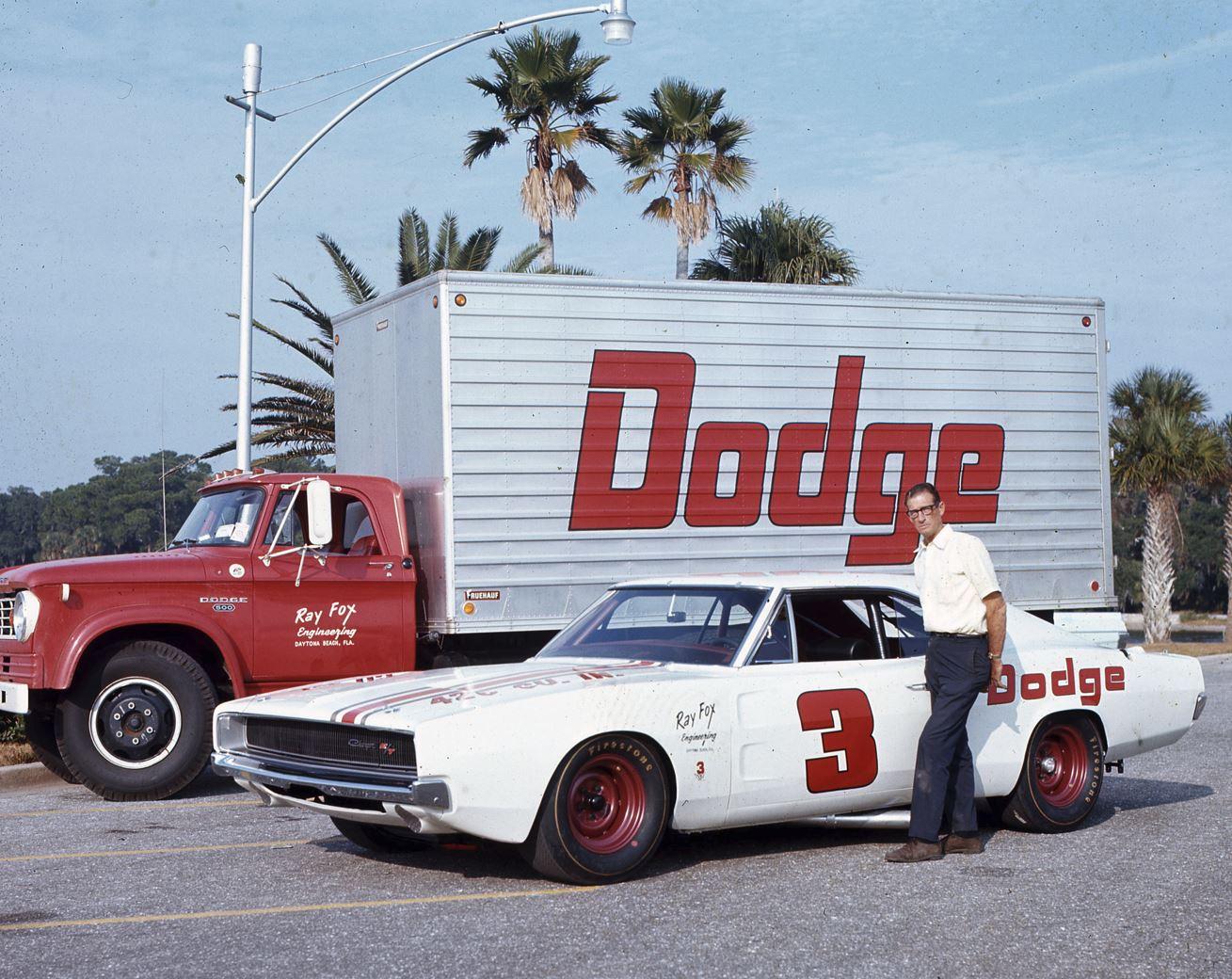