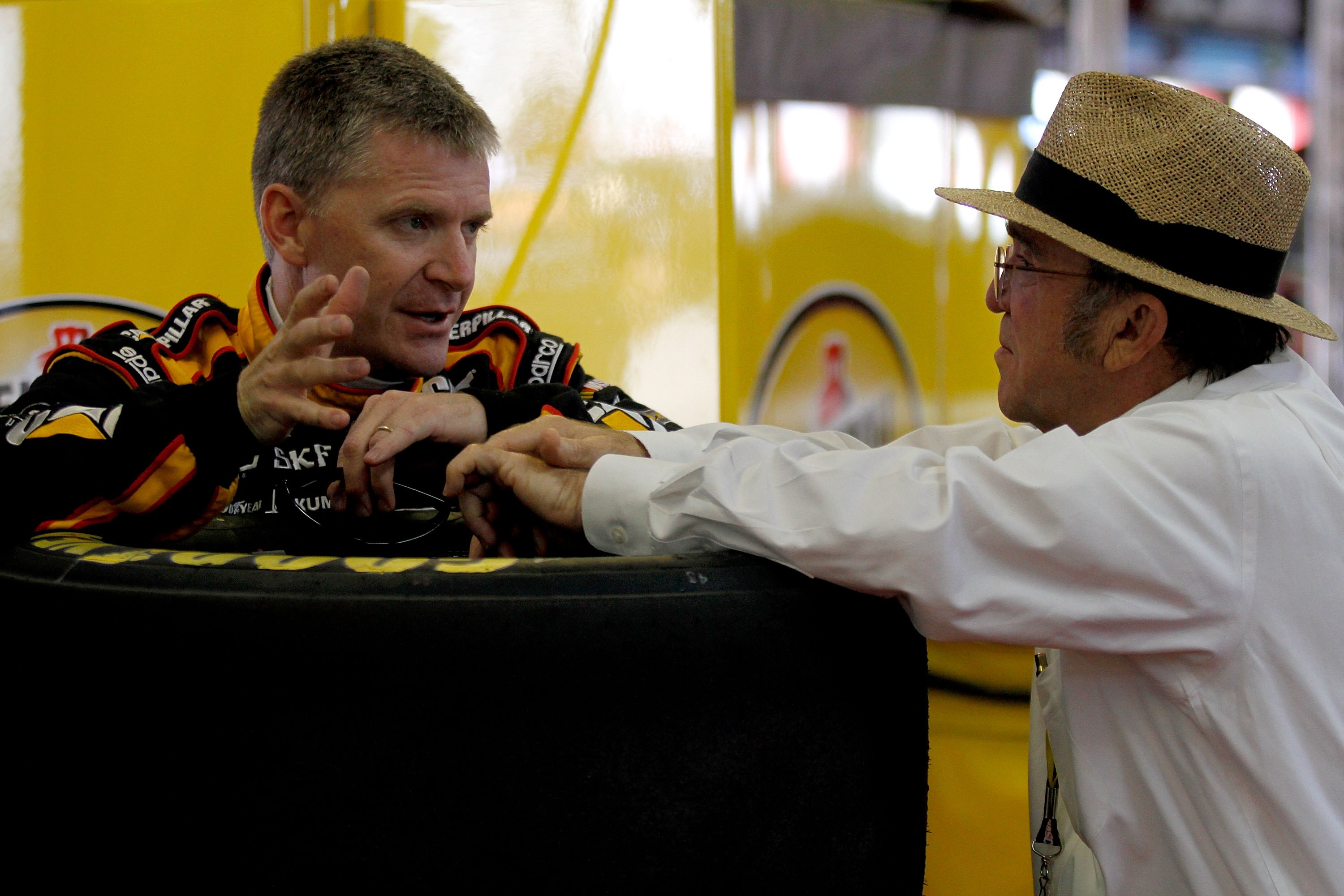 There are many reasons Jack Roush earned a spot in the NASCAR Hall of Fame Class of 2019, including his 325 victories in NASCAR’s top three series, along with eight championships as a car owner.

But one of the things that truly sets Roush apart from others is his ability and willingness to give young drivers a chance, even if they didn’t have a background in NASCAR. That dates back to 1988, when Roush started his premier series team and hired Mark Martin, who had only run 52 premier series races in four seasons when Roush signed him.

Roush would later take chances on guys who at the time were little known or outright unknown in NASCAR, including Carl Edwards, Jeff Burton, Kurt Busch and Ricky Stenhouse Jr.

As early as 1999, Roush would host open combines to try out young drivers. Roush’s open competition became known as “The Gong Show,” after the popular television series of the same name. And in 2005, The Discovery Channel televised a series of these competitions, calling it “Roush Racing: Driver X.” 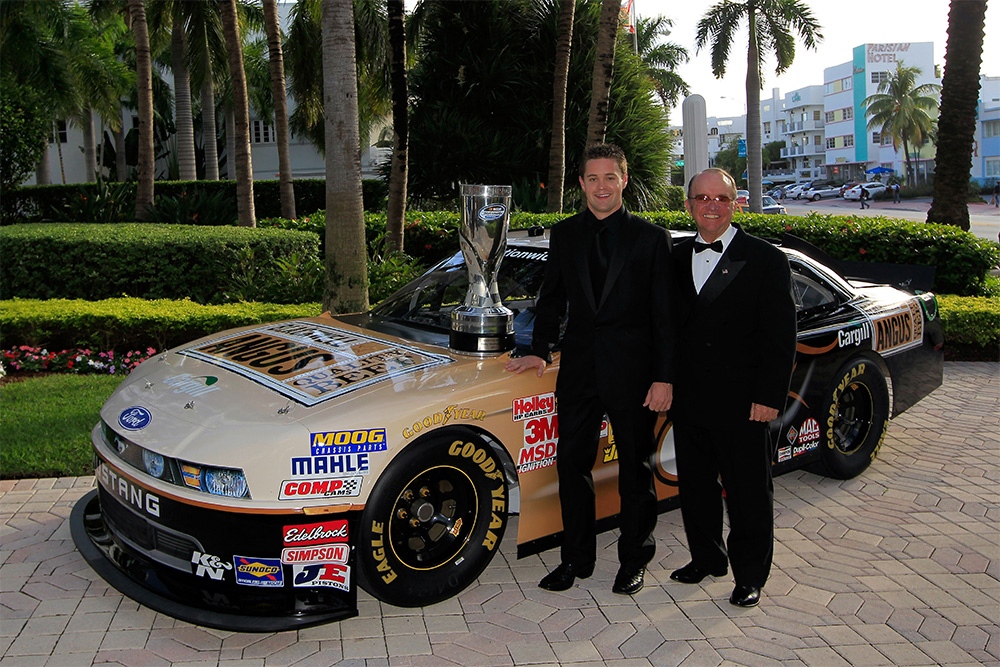 To his credit, Roush was more than willing to give non-NASCAR drivers their first break, something few rival car owners were comfortable doing.

One of the young drivers signed by Roush, was Ricky Stenhouse Jr., a Mississippi native who had been competing in USAC open-wheel racing when he got his deal to move to NASCAR in 2009.

“I’d never driven a stock car before in my life on dirt or asphalt,” said Stenhouse. “So Jack took that chance. Not many other owners at that time were really just signing kids that didn’t come with a checkbook or didn’t have something (sponsorship) with them. I think Jack was always one of the ones who took a leap of faith and said, “Hey, let’s sign this kid.’”

Despite a rocky start that saw Roush temporarily pull him out of the car in 2010, Stenhouse won NASCAR Xfinity Series titles for Roush Fenway Racing in 2011 and 2012, and in 2017, he won two races and qualified for the premier series playoffs.

I’d never driven a stock car before in my life on dirt or asphalt. So Jack took that chance. 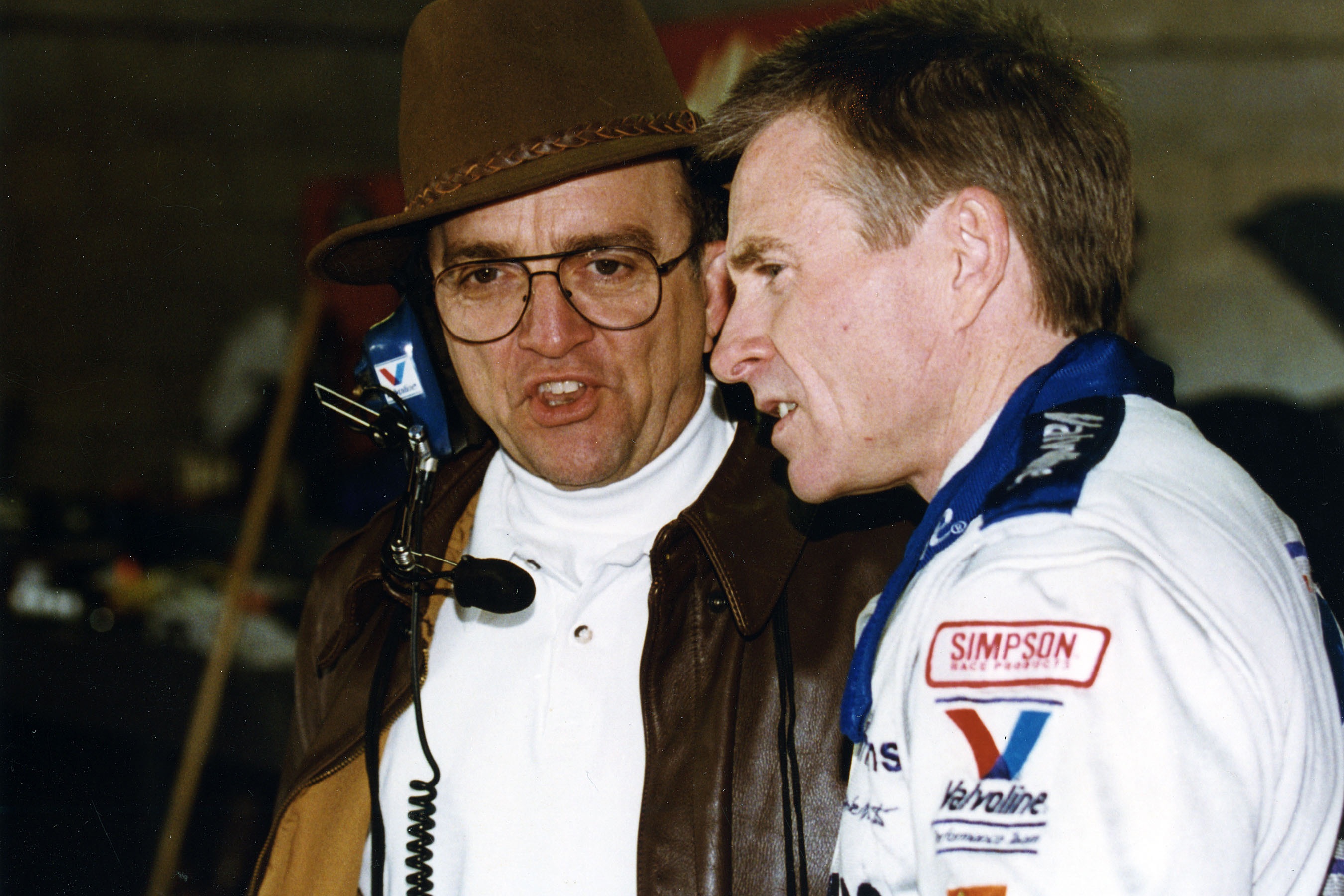 Other Roush drivers appreciated his leadership. “I matured as a driver a lot under Jack’s influence,” said NASCAR Hall of Famer Mark Martin (2017). “Everything came together for me in my career under his influence and the opportunities and the tools he afforded me to have and utilize.”

“I learned more in the years that I worked with Jack Roush than I think I have in the combined rest of my life,” said Jeff Burton, now a NASCAR television analyst with NBC. “He enabled me. He gave me the opportunity to go succeed on my terms. Within his boundaries, but on my terms. And that’s a hard thing for a boss to do. He gave me enough rope to hang myself, so to speak, or to pull myself up.”

The one thing Roush always demanded in return for that loyalty was commitment.

Scott Pruett, who won road-racing championships driving for Roush in the 1980s, saw that up close. “If you’re winning and you’re passionate, great. If you’re passionate and he knows when you show up to the track that you’re giving 100 percent, we got along great,” said Pruett. “When you show up to the track as a driver and you’re giving 80 percent – you know those drivers who are all-in and those who just show up and drive. Jack did not have time for that.”

I learned more in the years that I worked with Jack Roush than I think I have in the combined rest of my life.

Ask Roush what he’s most proud of and his driver development work is at the top of the list. “That I’ve had over 50 drivers drive for me and I’ve had 19 of them win races with me,” said Roush. “And of that number, most of them won their first race with me. The fact that I’ve been able to bring young folks along, help them realize their potential and satisfy their ambitions by putting them in a format that allowed them to practice their trade.”

“If you look at the list of drivers who have been at Roush Racing as their first opportunity in this sport; think about that,” said Burton. “He’s not a guy who says, ‘Ok, this guy is winning over there, so I’m going to take him.’ He brought up many of his drivers who went on to become champions, multi-, multi-time race winners, Hall of Famers. That’s the way he does things.”