Many of NASCAR’s early stars got their start carrying loads of illegal moonshine on the rough mountain roads of Appalachia.

One of the most prominent displays in the NASCAR Hall of Fame’s Heritage Speedway is a genuine whiskey still built by racing legend and former moonshine runner Junior Johnson, a member of the Hall’s inaugural Class of 2010.

Why a whiskey still in an auto racing museum?

The answer is simple: In the first decade or so of NASCAR racing, the transportation of illegal liquor in the South was huge business, and a lot of the sport’s early stars drove, owned or built moonshine cars. Johnson was the best-known bootlegger in Wilkes County, North Carolina, a hotbed of the moonshine industry.

Another center of the liquor business was Dawsonville, Georgia, home to Hall of Fame team owner Raymond Parks (2017), who ran one of the largest liquor operations in the entire South. Virginia drivers who were whiskey trippers – slang for bootleggers – included Wendell Scott (2015) and Curtis Turner (2016). Tim Flock (2014), a two-time NASCAR premier series champion in the 1950s, shuttled hooch back and forth between Alabama and Atlanta before turning to racing. 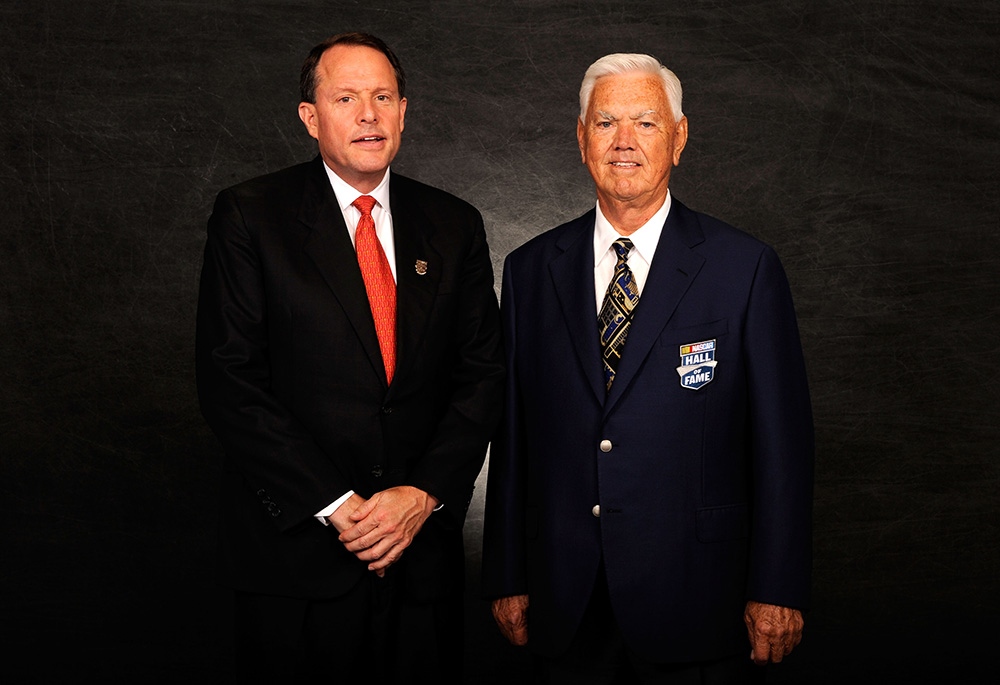 But of all the moonshiners who raced, Johnson was the most legendary. He knew the back roads of his native Wilkes County like the back of his hand and was an exceptionally skilled driver. Just as importantly, Johnson was a brilliant mechanic who could milk every ounce of speed out of the Fords and Oldsmobiles he used in his whiskey runs.

Johnson did a lot of the things other haulers did back then: He’d modify the engines of his cars to produce more power, add heavy duty suspension components to safely carry the extra weight of all the liquor and remove all but the driver’s seat to maximize the room inside for mason jars filled with booze.

Clever moonshiners would sometimes rig their cars to produce clouds of smoke or drop oil or nails from the rear of their cars to thwart pursuing law enforcement officers. Others installed steel plates in front of their radiators to keep police from shooting holes in them and causing their engines to overheat and break down. 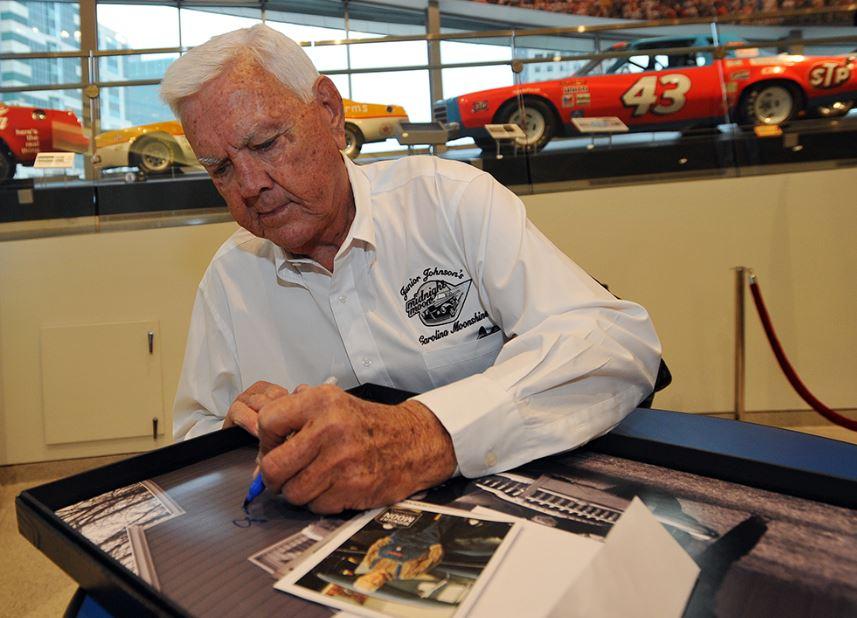 Ever the innovator, Johnson studied aerodynamics by trial and error. He learned that by removing the windshield wipers from his car and taping up the openings around his headlights, he could pick up 10 miles per hour in top speed – enough to outrun his pursuers.

It’s no coincidence that Junior Johnson was never caught on the road with a load of moonshine. After all, he knew what would happen to him if he did get captured. So he built the fastest cars in Wilkes County.

“Moonshiners put more time, energy, thought and love into their cars than any racer ever will,” Johnson once said. “Lose on the track and you go home. Lose with a load of whiskey and you go to jail.”

“Moonshiners put more time, energy, thought and love into their cars than any racer ever will...” 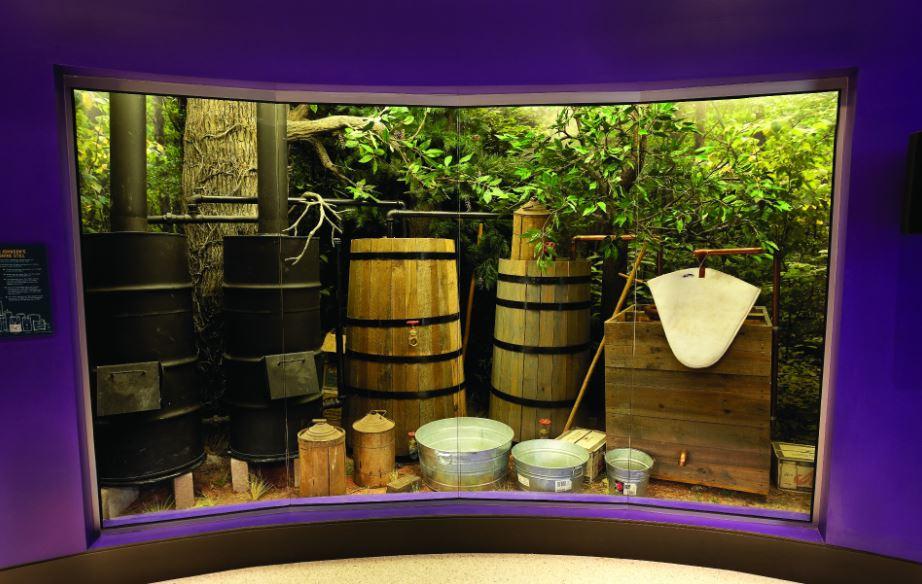 Junior Johnson's Moonshine Still is on display at the NASCAR Hall of Fame.

Which brings us to the still in Heritage Speedway.

Because moonshiners were a big part of the first decade of NASCAR, their stories had to be told and Hall of Fame Executive Director Winston Kelley knew who to reach out to in order to get the story told accurately: Junior Johnson.

In the accompanying video, Kelley tells the story of how Johnson came to build the still in the Hall of Fame.

Lisa Johnson, Junior’s widow, said her husband was thrilled to build the still. “He (Junior) got on it immediately. And he was determined. If anyone knows Junior, they know he’s going to do it to pristine (standards) and it’s going to be perfect,” she said. “… He was very proud that they recognized the roots of the sport in the Hall of Fame.”

Meet the hall of famers See all nominees