Junior Johnson's widow, Lisa, shares memories of her beloved husband and what the sport and the NASCAR Hall of Fame meant to him. 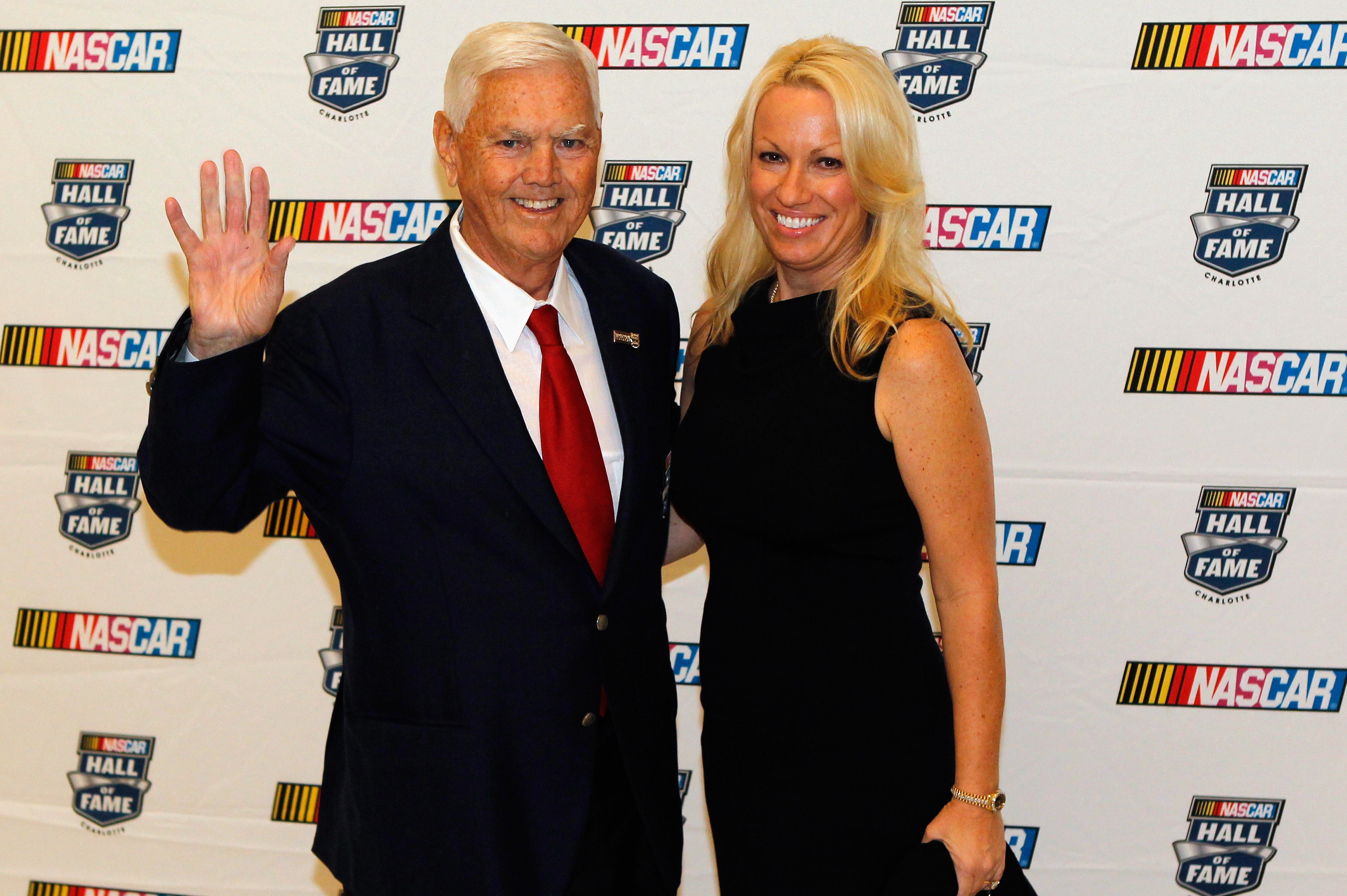 Author Tom Wolfe famously – and correctly – called Junior Johnson “The Last American Hero” in a 1965 feature story he wrote for “Esquire” magazine, the single most influential piece of journalism ever penned about NASCAR.

What Wolfe realized, and what any old-school NASCAR fan already knew, was that Johnson truly was larger than life. The Wilkes County, North Carolina, native was a hard-nosed, bare-knuckled race car driver, a savvy entrepreneur, a former moonshine runner, a chicken farmer and a true character. On the track, Johnson won 50 premier series races as a driver and six championships as a team owner.

Johnson’s widow, Lisa, graciously agreed to share some memories of her beloved husband and what the sport and the NASCAR Hall of Fame meant to him. Excerpts follow. 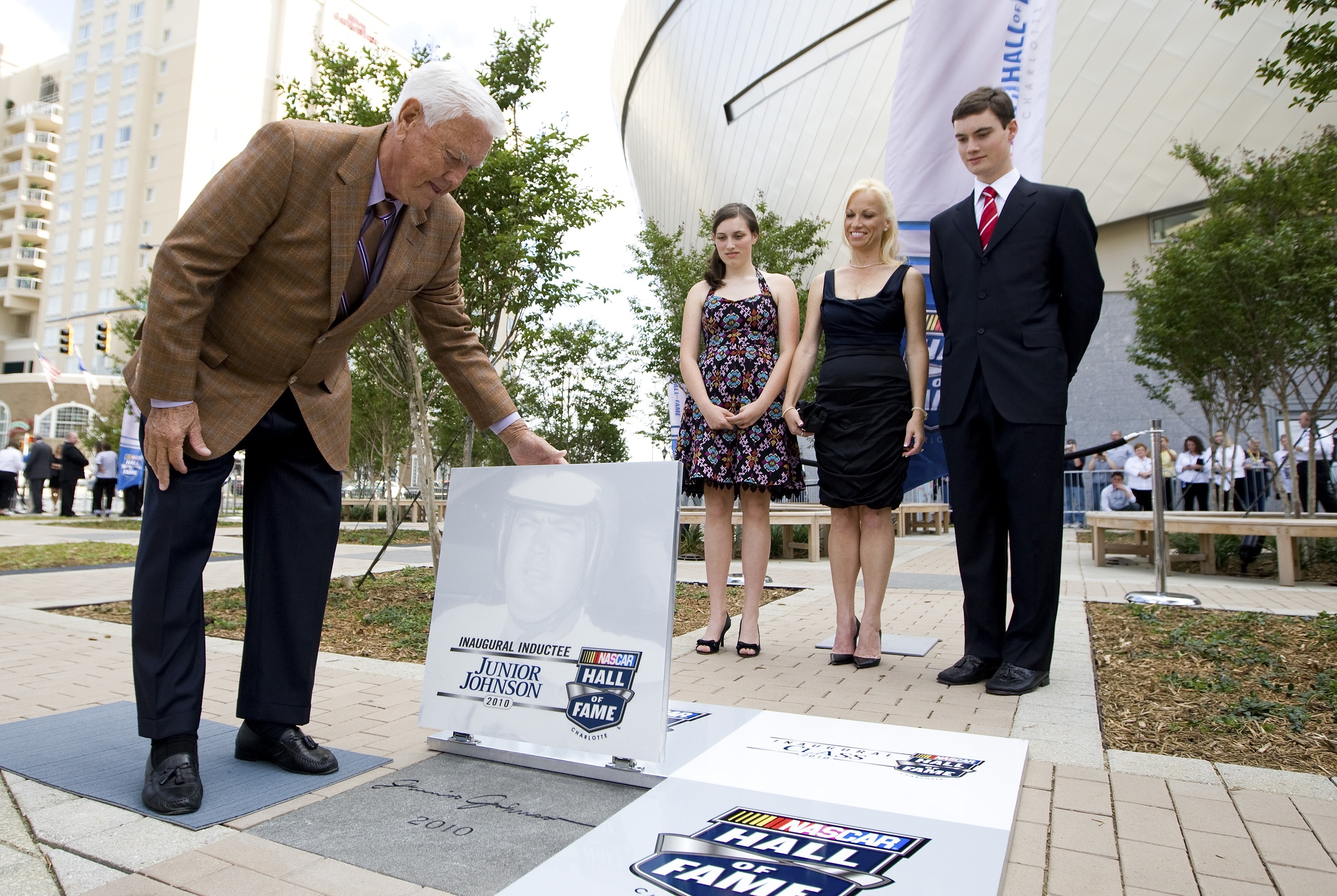 Tom Jensen: What did being voted into the inaugural Hall of Fame Class mean to Junior?

Lisa Johnson: Being inducted into the first class of the NASCAR Hall of Fame is a special honor. To be voted in by your peers, also. Junior and I were together more than 30 years, and I know that it was one of the greatest highlights of his life. It was just an honor. It was a reward to him for all the hard work that he put into the sport.

He felt connected to the sport. He was with it from the beginning. It was a wonderful, wonderful moment for him. I’m very glad that he was in good health at the time, mentally and physically, so that he could enjoy that moment and in the years to come that he was a part of it. It was one of the brightest moments of his life. I know that he would say that.

When they called out his name, I’ll always remember his face. He just closed his eyes and had a big grin and then he had tears in his eyes. We hugged and it was wonderful.

What happened when he found out he’d been voted in?

The night that (Junior was voted in), he was part of the voting panel and he had been (at the Hall of Fame) all day. I was home and I assumed that Junior was going to stay until that evening, until they announced the class. He called me and he said, ‘I’m headed home.’

And I said, ‘You’re not going to stay?

I said, OK, and I knew part of that was maybe he didn’t want to be there if he didn’t get it, but I wasn’t sure. And he got home and we had the news on and we knew that they would announce it on the local news. Sure enough, we sat in there and we waited, and they called out the names.

When they called out his name, I’ll always remember his face. He just closed his eyes and had a big grin and then he had tears in his eyes. We hugged and it was wonderful. It was a wonderful family time. The kids were excited. I’m glad that he was home with us. That was a very special moment. I think that’s why he came home. He kind of wanted to be alone. Had he gotten in or not gotten in, everyone would have seen his reaction. You know Junior, he kind of kept his cards close. He would say it was a beautiful moment. 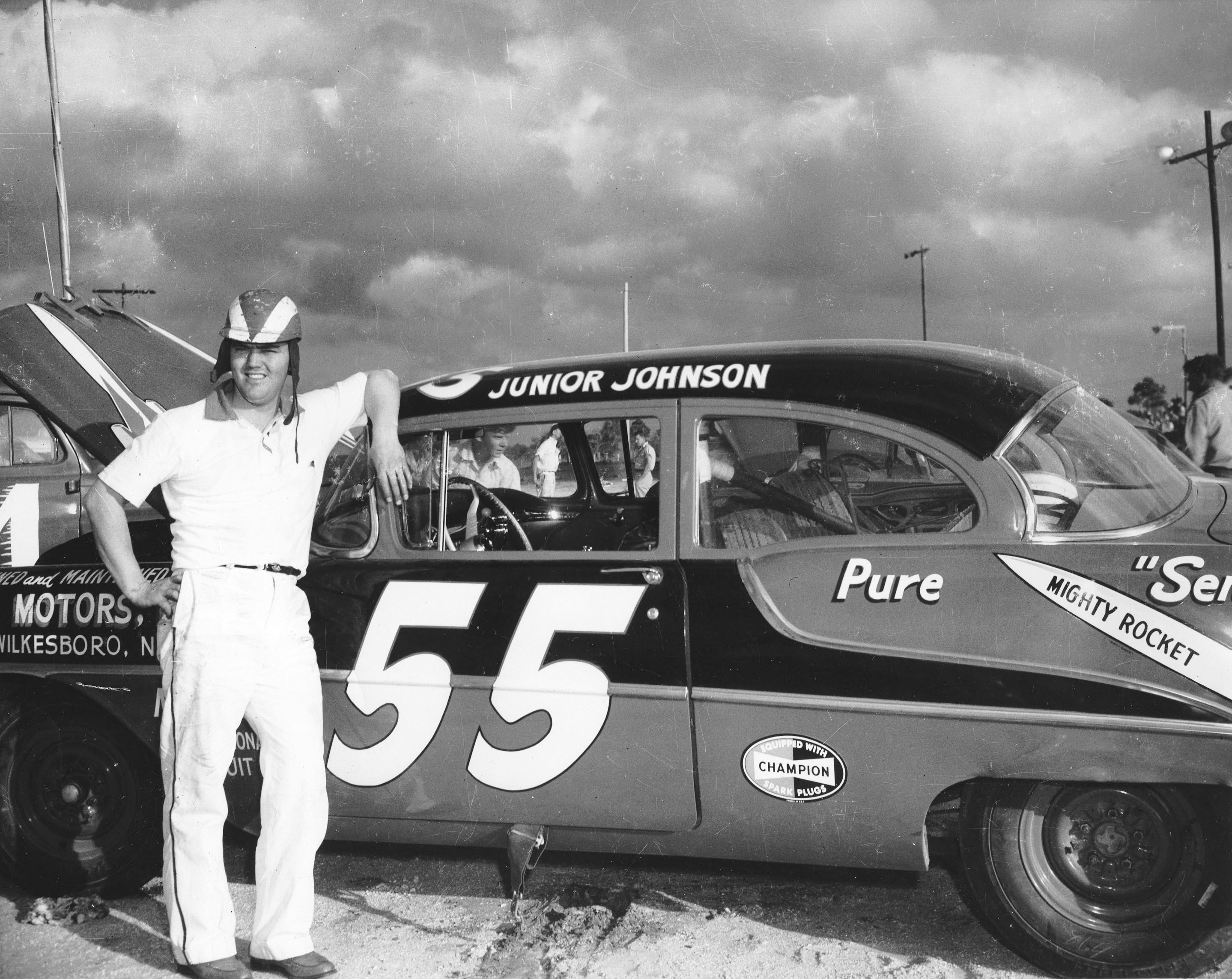 How did Junior view his place in the history of the sport?

He was proud of his contributions, proud of his roots. He gave his heart and soul to racing. He would work until 3 a.m., go home and sleep a few hours and then go back at it.

How did he feel when the NASCAR Hall of Fame was first announced?

Junior knew that having a Hall of Fame would bring notoriety to NASCAR. He was proud to be part of the roots of the sport. 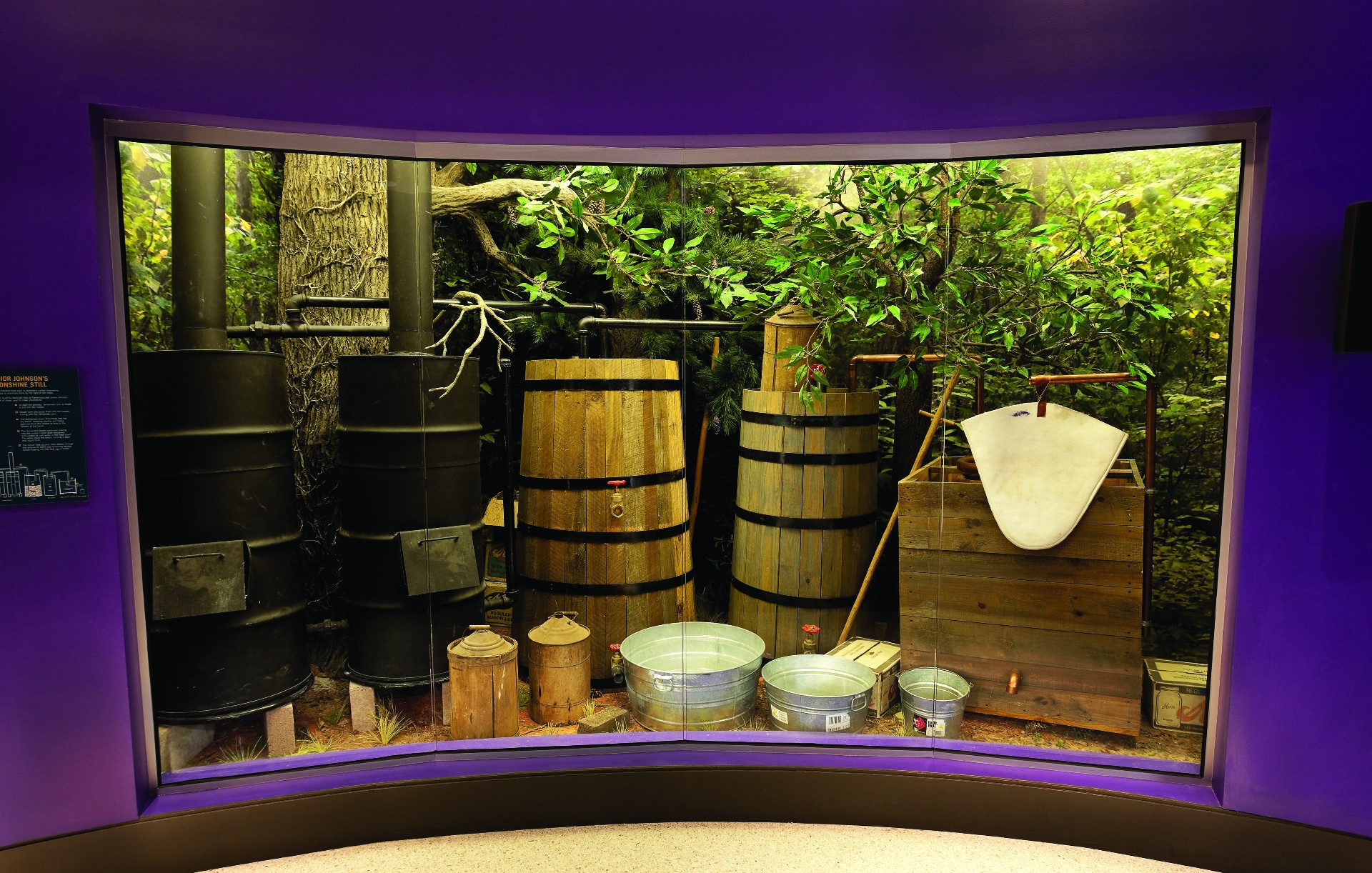 As a former moonshiner, Junior built the full-sized still in Heritage Speedway at the NASCAR Hall of Fame. How did that come about?

He was so excited about that. I remember when Winston (Kelley, Hall of Fame Executive Director) talked to him about building a still. He got on it immediately. And he was determined. If anyone knows Junior, they know he’s going to do it to pristine (standards) and it’s going to be perfect. He was excited. Anything that he could do to be part of it and help Winston. He loved Winston. He was so proud of it.

Over the years, many of our business people, friends – he gave many tours with Winston, showed them the still and talked about putting it in. It was very special for him to have a piece of the Hall of Fame, and it’s there and seen every day. 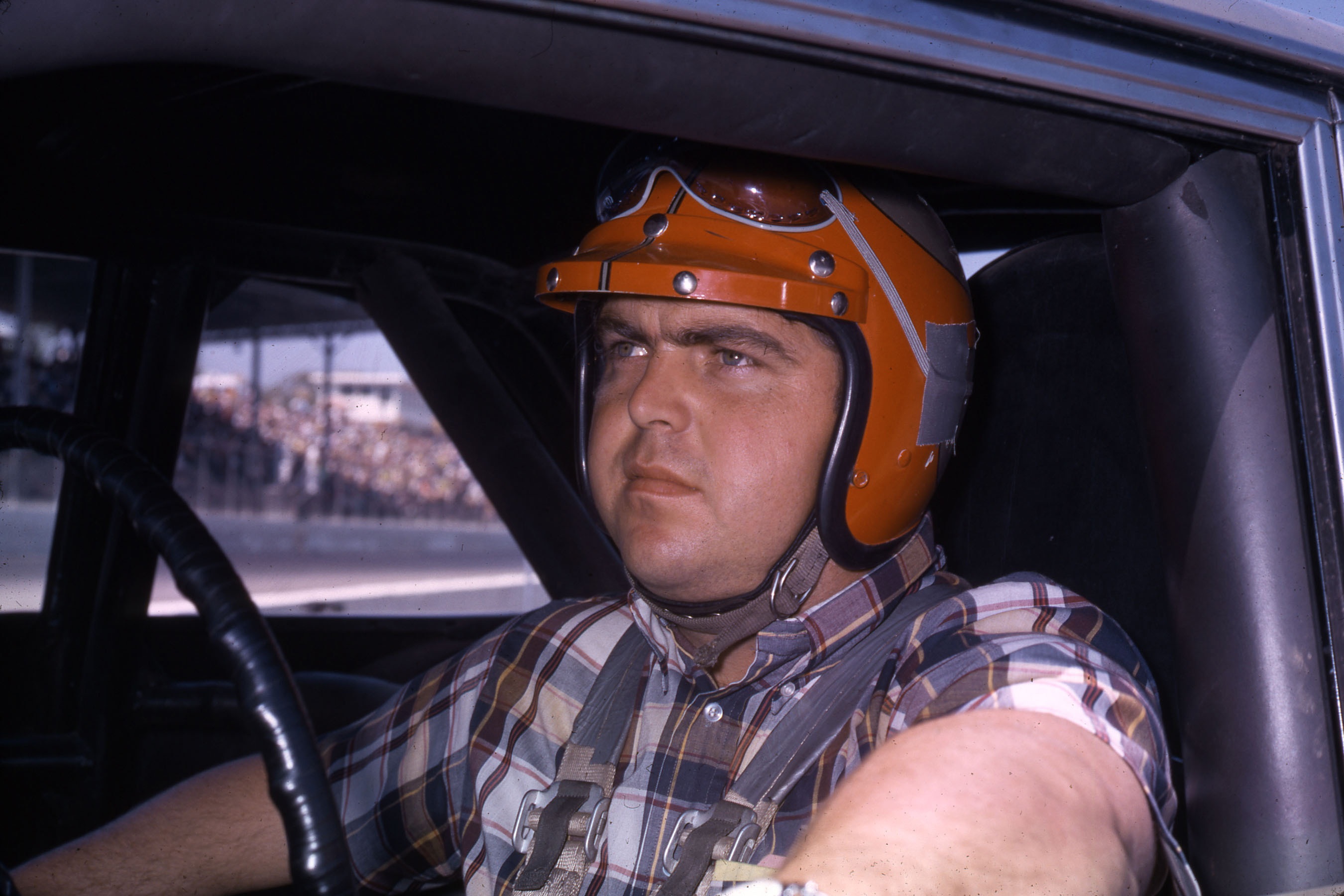 How important is to your family knowing his legacy will be permanently on display? 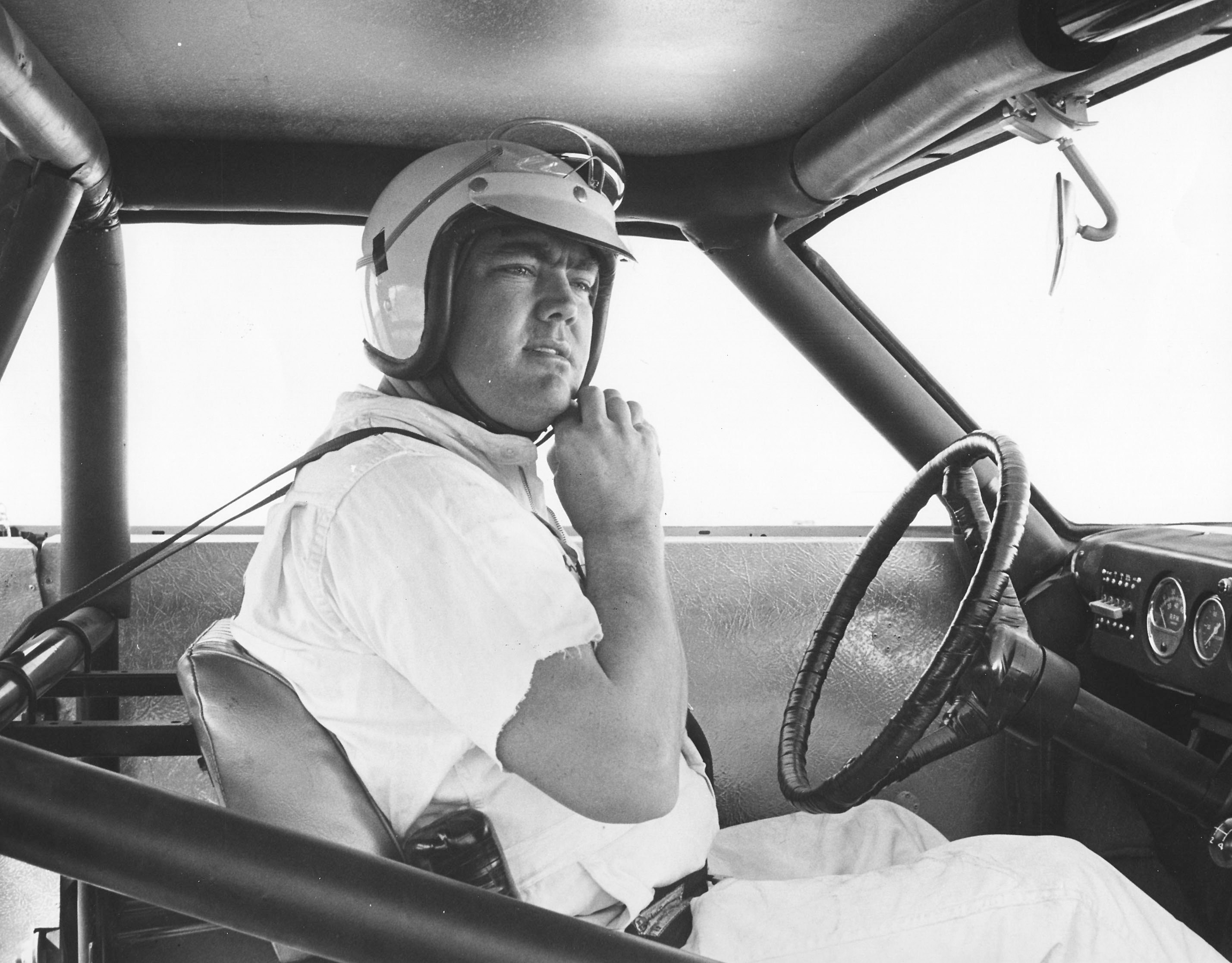 For those who never met Junior, what was he like?

Junior was a very strong, independent man. Very tough. He was a tough competitor. He personified what a man should be in my opinion. But underneath it, he was very loving and very kind and cared about people. He was a very loving father. Certain things in his life touched him. I could always see his emotions.

There’s very few things that really got deep with him. When we had our children and his induction into the NASCAR Hall of Fame, truly. There was a very personal side of Junior. He may not have showed that all the time, but I think in his later years, a lot of things humbled him. That was one of them. He had a lot of love and emotion about being there. He had a very loving and warm personal side that some people were privileged to see.