In a brief career, Richmond left lasting impressions on all those around him. 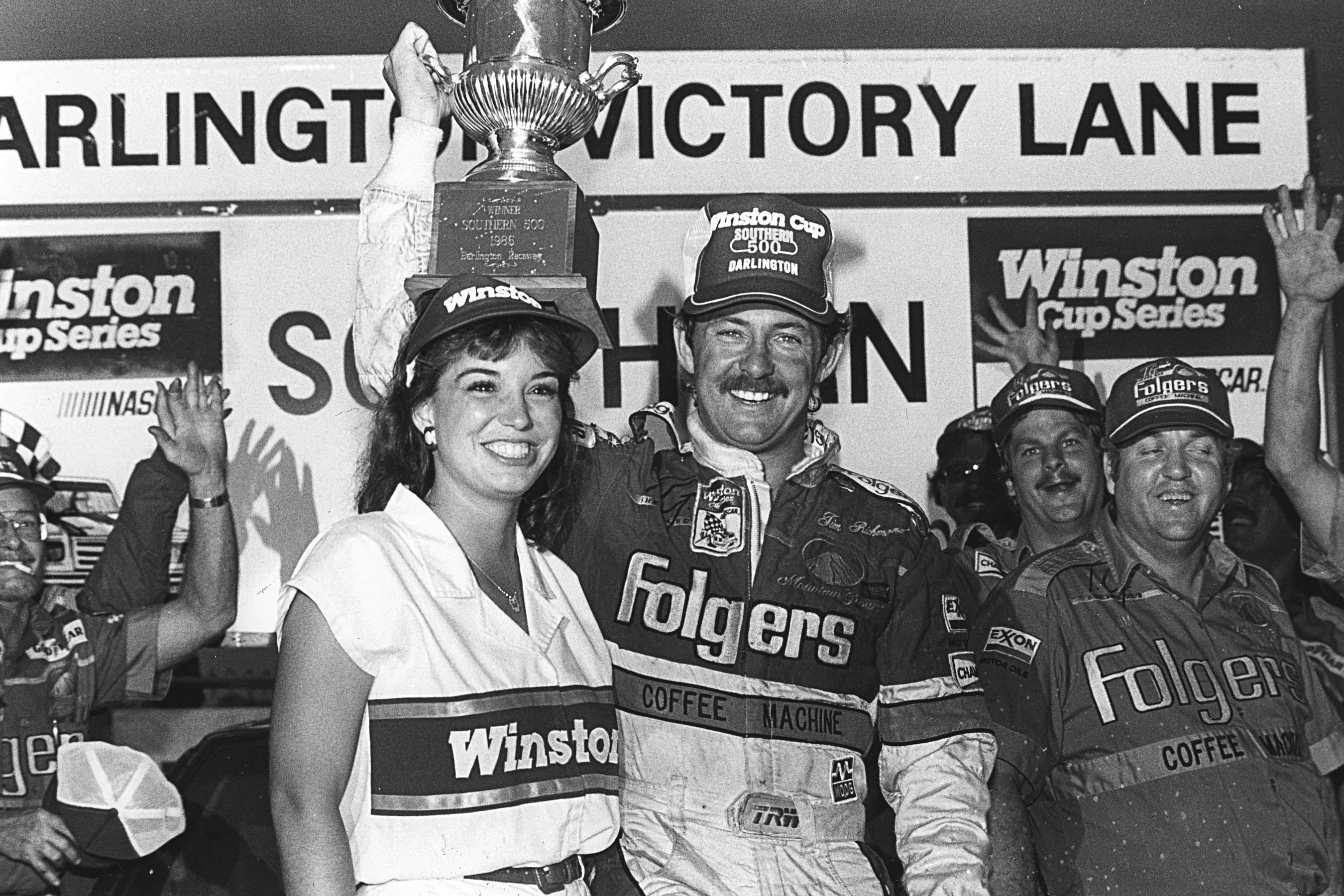 A victory in the 1986 Southern 500 at Darlington Raceway was one of the biggest wins of Tim Richmond’s career. Photo courtesy of NASCAR Archives & Research Center via Getty Images.

During a career cut short, Tim Richmond was one of the larger-than life characters who demonstrated equal parts phenomenal talent and an outrageous personality.

August 13 marks the 31st anniversary of Richmond’s death from AIDS. Just 34 years old at the time of his death, Richmond competed in only six full seasons of NASCAR racing before falling ill.

The Ashland, Ohio, native posted 13 victories and 42 top-five finishes in 185 starts. In 1986, Richmond joined Hendrick Motorsports, the team founded and owned by Hall of Famer Rick Hendrick (2017). The ’86 season would be the high point of Richmond’s career, as he won seven races and finished third in points. 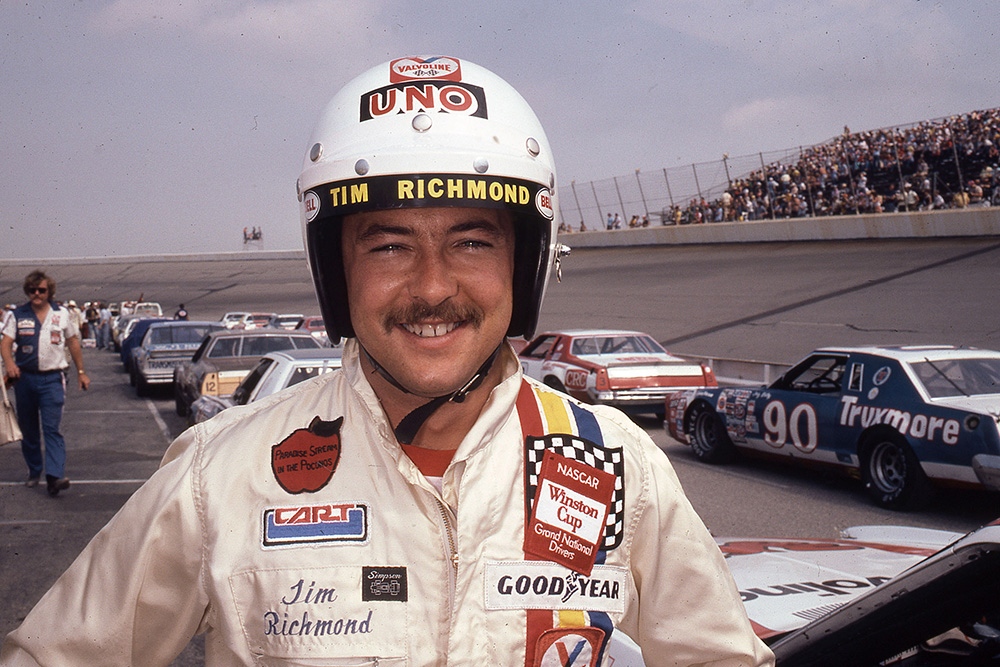 Ultimately, though, Richmond’s career was more about the memories and stories he created than the numbers he left behind. One of Hendrick’s favorite Richmond stories came from Pocono Raceway in the summer of 1986.

Richmond was heading into Pocono’s infamous Tunnel Turn, one of the most precise and technically challenging corners in all of NASCAR, when he keyed his radio mic. “Rick, you listening?” Richmond called out to Hendrick, the owner of Richmond’s red No. 25 Folgers-sponsored Chevrolet Monte Carlo.

As he headed out of the Tunnel Turn and into Turn 3, Richmond slowed and drifted up perilously close to the outside wall, allowing second-place driver, Hall of Famer Dale Earnhardt (2010), to pass him and take the lead.

As the duo headed down the massive 3,740-foot Pocono frontstretch, the longest in NASCAR, Richmond tucked in behind Earnhardt in the draft and actually lifted his rear wheels off the ground before releasing him and then passing him to win the race, one of a series-high seven races that Richmond would win that year, all in a 17-race stretch.

After he re-passed Earnhardt, Richmond keyed the mic again.

“Yeah, that was cool,” admitted Hendrick. 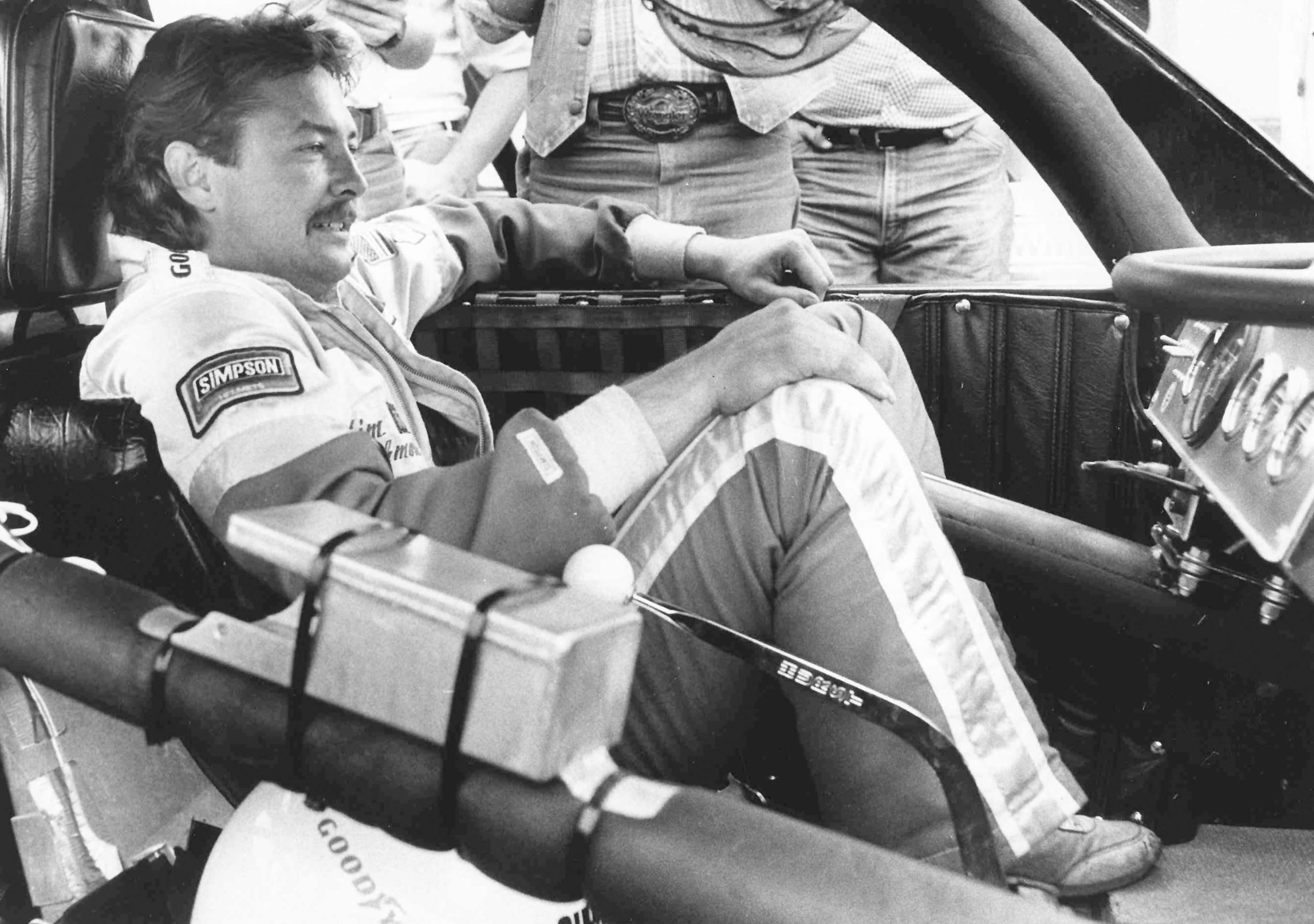 Had virtually anyone else done that to Earnhardt, they would have found themselves in the wall or maybe in one of “The Intimidator's” famed headlocks in the garage after the race.

But not Richmond — Earnhardt and Richmond loved racing each other because they were the two guys in the entire sport who cared the least about appearances or what people thought.

Hendrick, who runs a conservative and tightly buttoned-up operation, was willing to put up with Richmond’s wild side because of his prodigious talent.

“I just thought he had unbelievable car control,” Hendrick said of Richmond. “And I knew he was kind of a free spirit. It was kind of like looking at a stallion that you want to take to a race. You can hopefully break the stallion and get him to where you can ride him, but you're not going to make a donkey run the race. I felt like Tim had so much God-given talent that I'd be willing to try to keep him between the ditches.”

I just thought he had unbelievable car control. 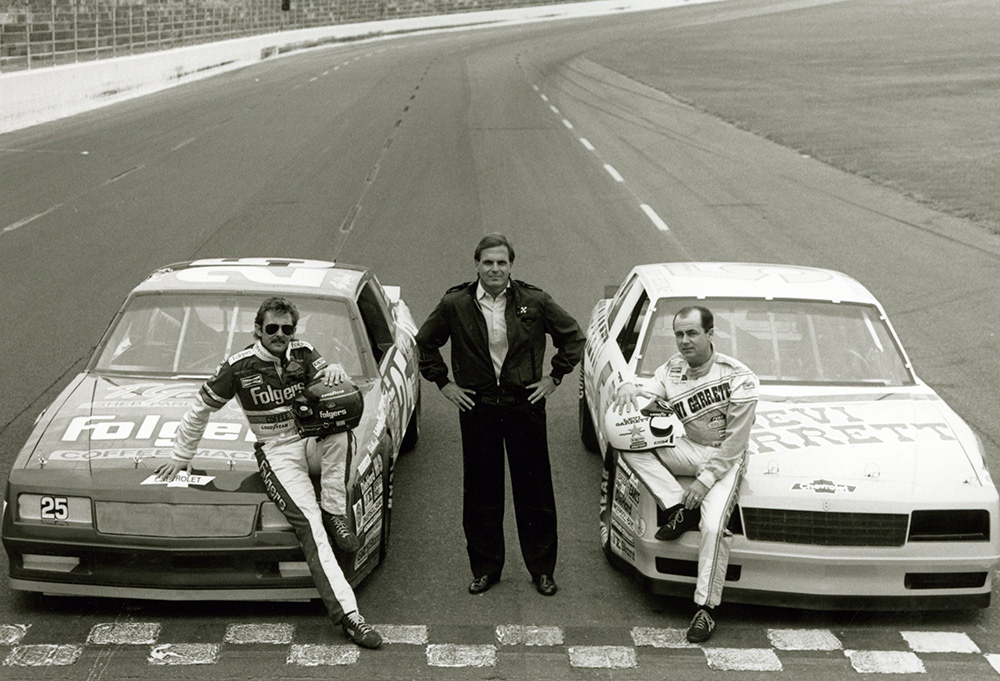 Among the things Hendrick put up with: After telling Richmond he needed to clean up his appearance, the driver showed up at the Daytona Speedweeks in 1986 wearing a silk suit, and carrying a cane and a purse. You can imagine how well that went over with the good-old boys back in the day.

Another time, Richmond went to a sponsor meeting with Folgers clad in a long coat, boots, shorts slit up the sides and a T-shirt that said, “Eat Mo' Possum.”

But that was Tim Richmond. 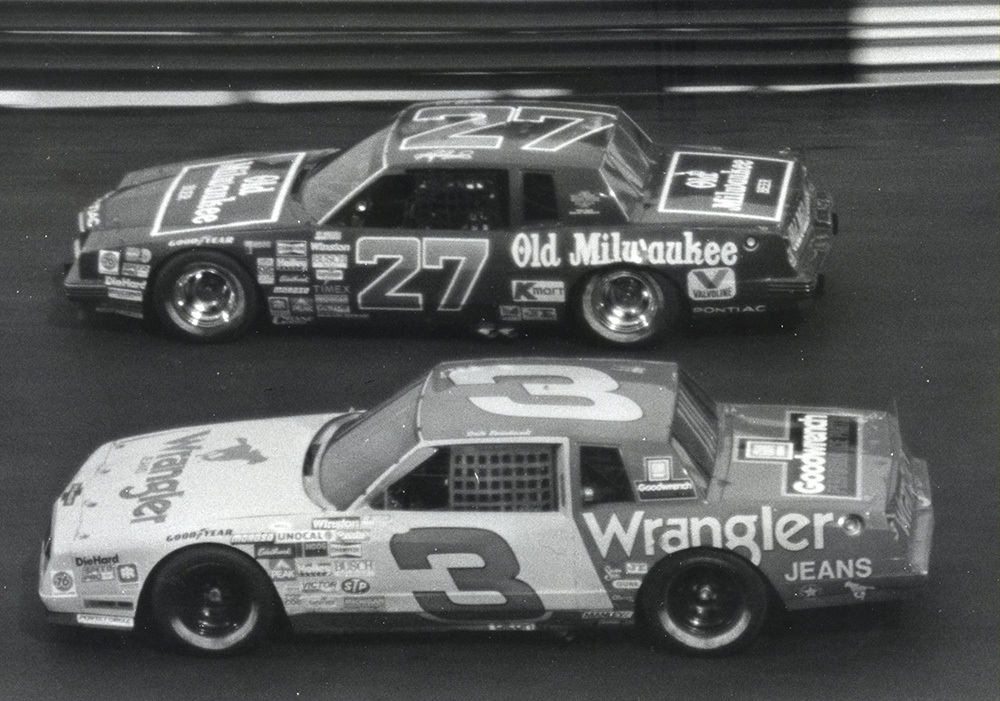 “He had a unique charisma along the lines of (Hall of Famers) Darrell Waltrip (2012) or Rusty Wallace (2013),” said FOX NASCAR play-by-play man Mike Joy. “When he walked into a room, there was suddenly a party going on, and it was just that infectious enthusiasm for life and for racing that really defined him. Yeah, he was fun. He was fun to be around. He knew he was the center of attention, and he really kind of cherished it. … He really reveled in stepping outside the envelope in just about every aspect of his life: work hard, play hard, play harder.”

Even in death, Richmond’s star power lived on. He became the basis for the Tom Cruise character in the movie “Days of Thunder,” although in somewhat sanitized form.

Had he not fallen ill, there’s no telling what Richmond might have accomplished in NASCAR.

Some people want to be the show, and that's kind of how Tim Richmond was. 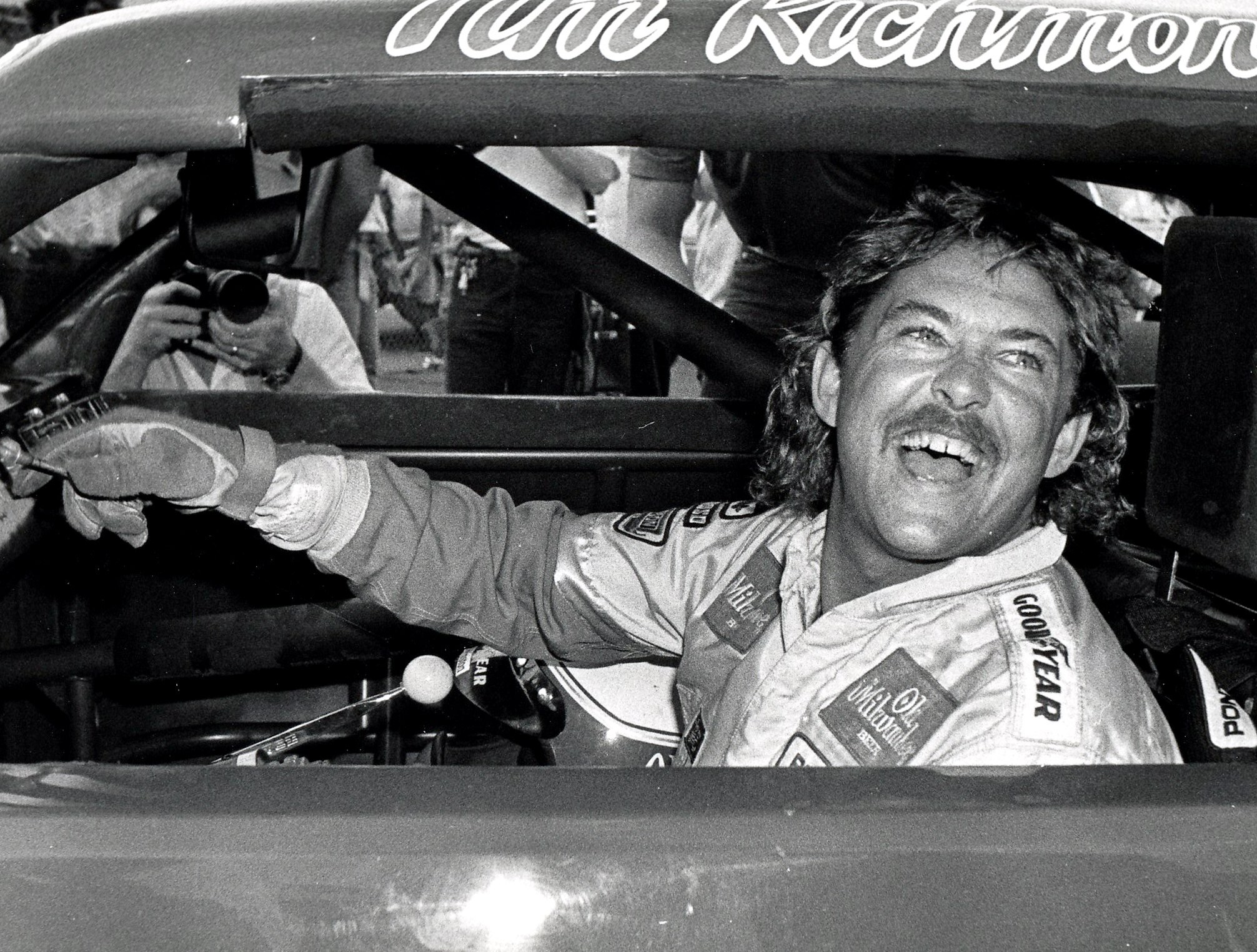 Sadly, the 1986 season would be the beginning of the end for Richmond, who began to suffer effects of his illness. After missing the first 11 races of 1987, Richmond made a remarkable comeback, winning in his first race back at Pocono and then again in the next race at the old Riverside International Raceway road course in Southern California.

The two victories buoyed the team’s spirits, but Richmond was already dying. He would compete in just six more races before he became too ill to race. While his promise on the track was ultimately unfulfilled, the impression Richmond left was undeniable.

I think if Tim Richmond would have lived, the sport would be different today.

“I can remember seeing him (Richmond) drive and thinking, 'Man, I'm going to check his lineage real strong, because I think I'm seeing (Hall of Famer) Curtis Turner (2016) again,’” said former Charlotte Motor Speedway President H.A. “Humpy” Wheeler. “Turner was the best natural race driver I ever saw. He just wasn't at the right place at the right time or he'd have won 75 races. Richmond had a lot of that same ability. He was a fantastic race driver.”

“What people don't realize is Tim was probably 20 years ahead of his time,” said Hendrick. “I think Tim was good for the sport. He had a tremendous following of fans. They still come here today. He could drive anything. Not afraid of anything. We need a little bit of that charisma today.”