On December 14, 1947, at the Streamline Hotel in Daytona Beach, Big Bill France put the wheels in motion to launch NASCAR.

In 1947, a dozen years after moving from his native Washington, D.C. to the sunny confines of Daytona Beach, Florida, William H.G. France knew things had to change if stock-car racing hoped to gain legitimacy as a professional sport and passionate loyalty with fans.

France had enjoyed success as both a driver and promoter in early stock-car races before and after World War II and operated a thriving service station in Daytona Beach. That said, he was keenly aware of the pitfalls the sport faced: Fly-by-night promoters who failed to pay drivers as promised, no unifying set of rules from track to track, an alphabet soup of rival sanctioning bodies competing for drivers and fans, and no legitimate way to determine a true national champion. 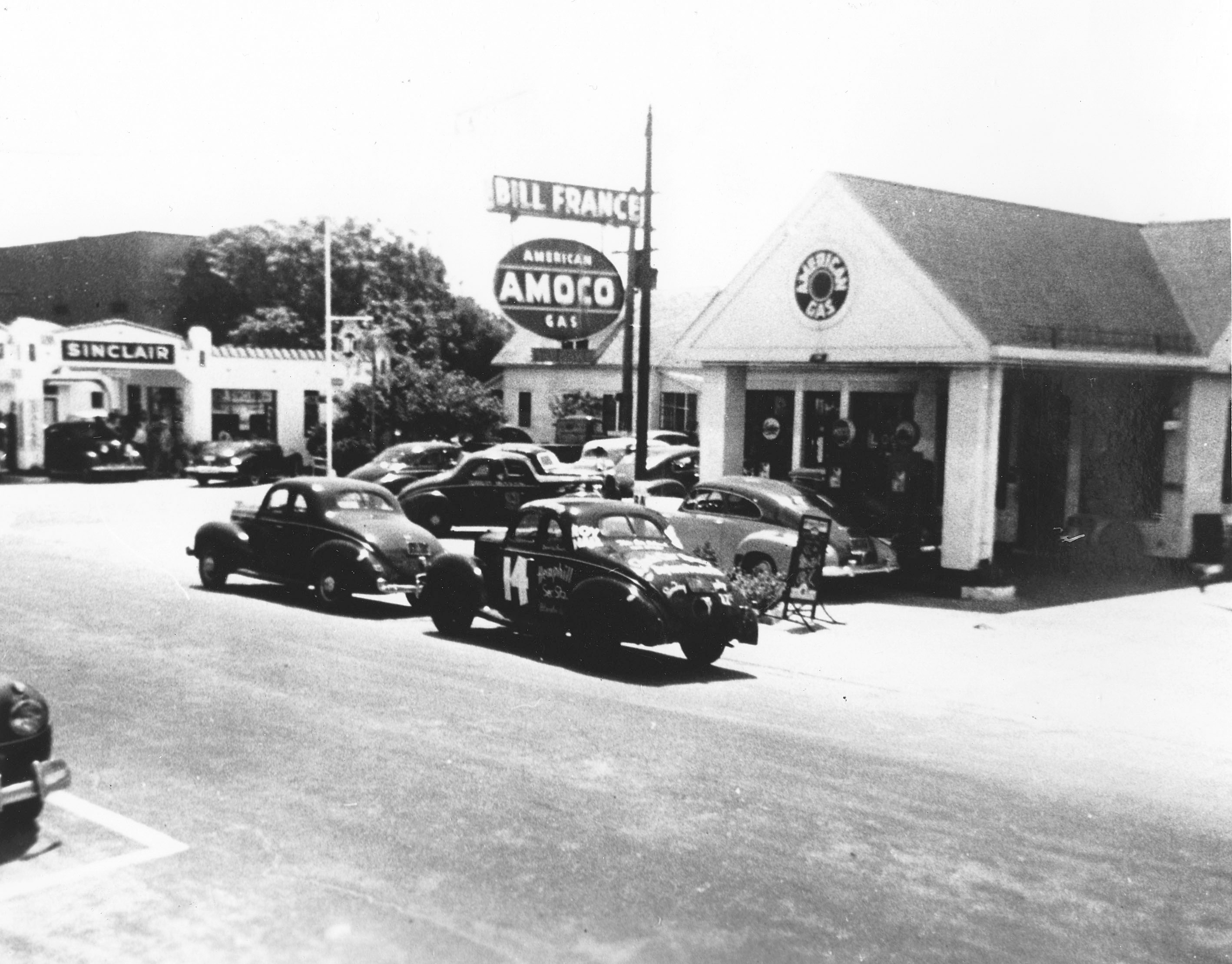 So on December 14, 1947, France set up changing the course of history, a move that later would result in the creation of the National Association of Stock Car Auto Racing (NASCAR) and eventually earn France a spot in the NASCAR Hall of Fame’s inaugural Class of 2010.

On that December day, “Big Bill,” as he was known to all, convened a meeting in the Ebony Room on the top floor of the Streamline Hotel in Daytona Beach. 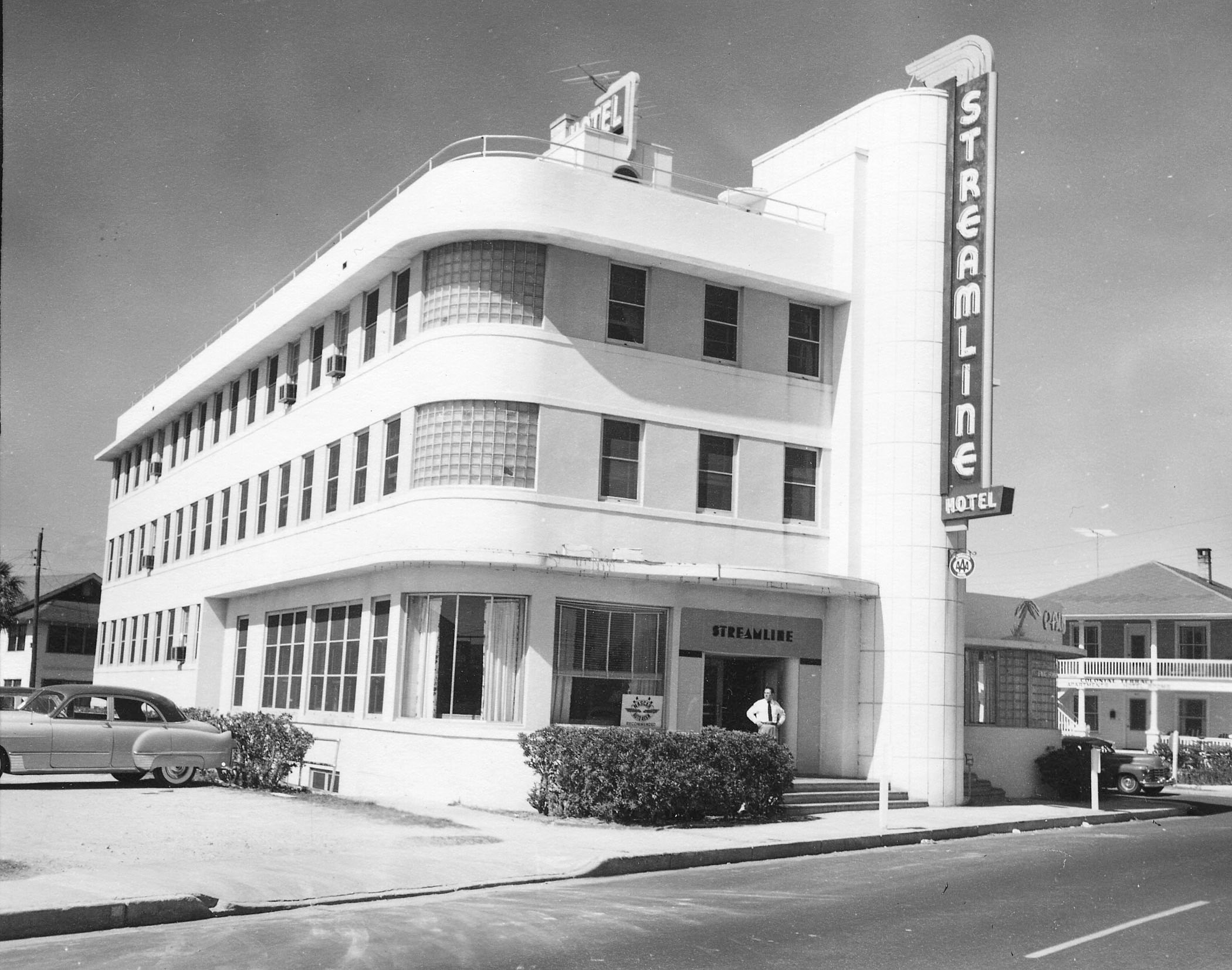 Where it all began: The Streamline Hotel in Daytona Beach hosted the first NASCAR organizational meetings in 1947 and still stands today. Photo courtesy of NASCAR Archives & Research Center/CQ-Roll Call Group via Getty Images

France brought nearly 40 drivers, car owners, promoters, mechanics and journalists from as far away as New England to the gathering. There was the Hall of Fame team of car owner Raymond Parks (2017) and his driver Red Byron (2018), along with their mechanic Red Vogt, who coined the name NASCAR. This powerhouse outfit would go on to win the first two NASCAR championships in 1948 and ’49. 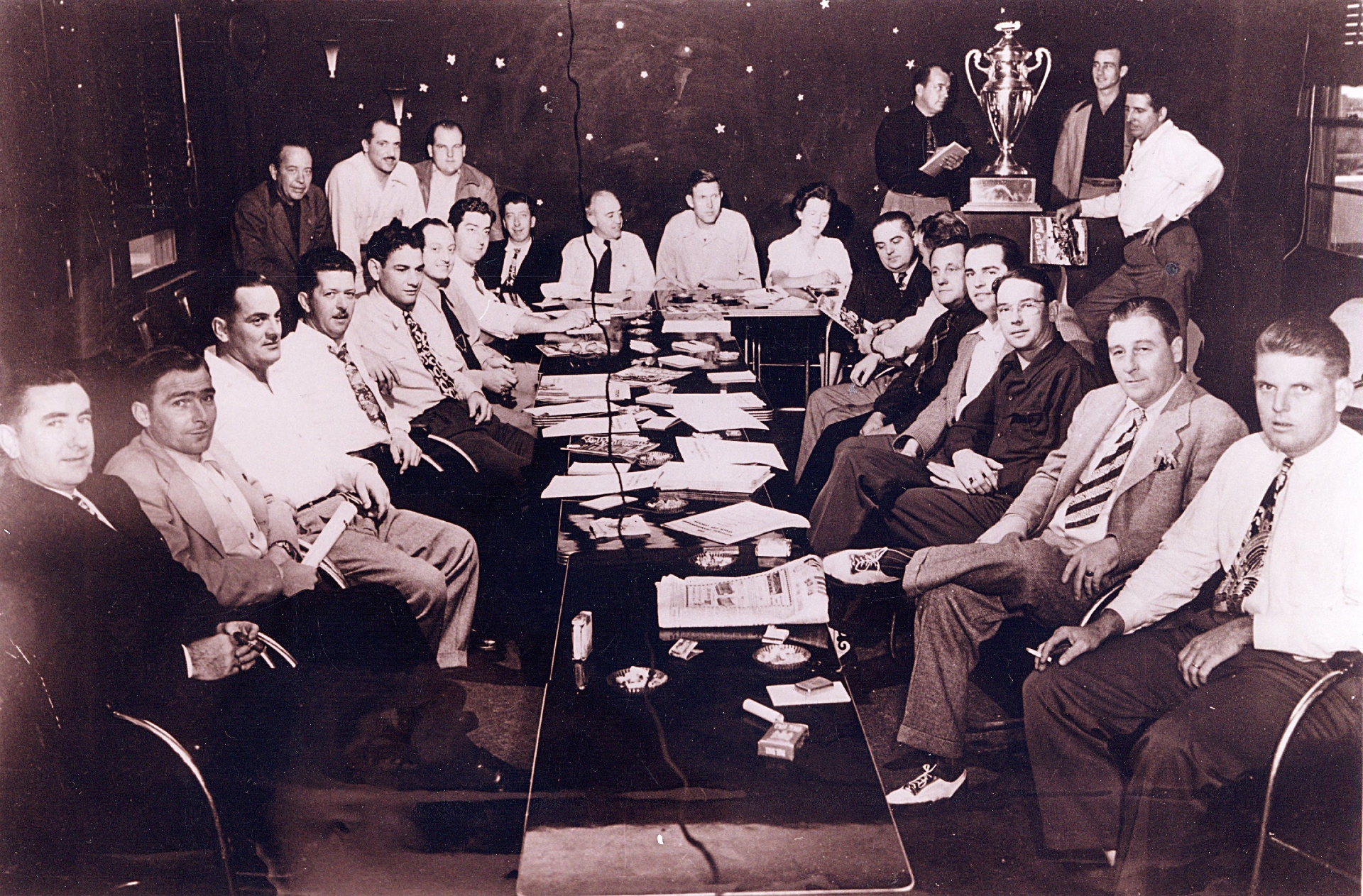 NASCAR founder William H.G. France (center) convinced a disparate group of racers that they should work together to build up the sport of stock-car racing. Photo courtesy of NASCAR Archives & Research Center/CQ-Roll Call Group via Getty Images

During the meeting, France emphasized several key points: There needed to be a way to determine a national champion and a cash-paying points fund to reward drivers who competed in NASCAR races throughout the year. Rules need to be established and enforced at all NASCAR tracks. And, perhaps most importantly, France rightly believed all the stakeholders had a better chance of success and profitability if they worked together instead of alone. 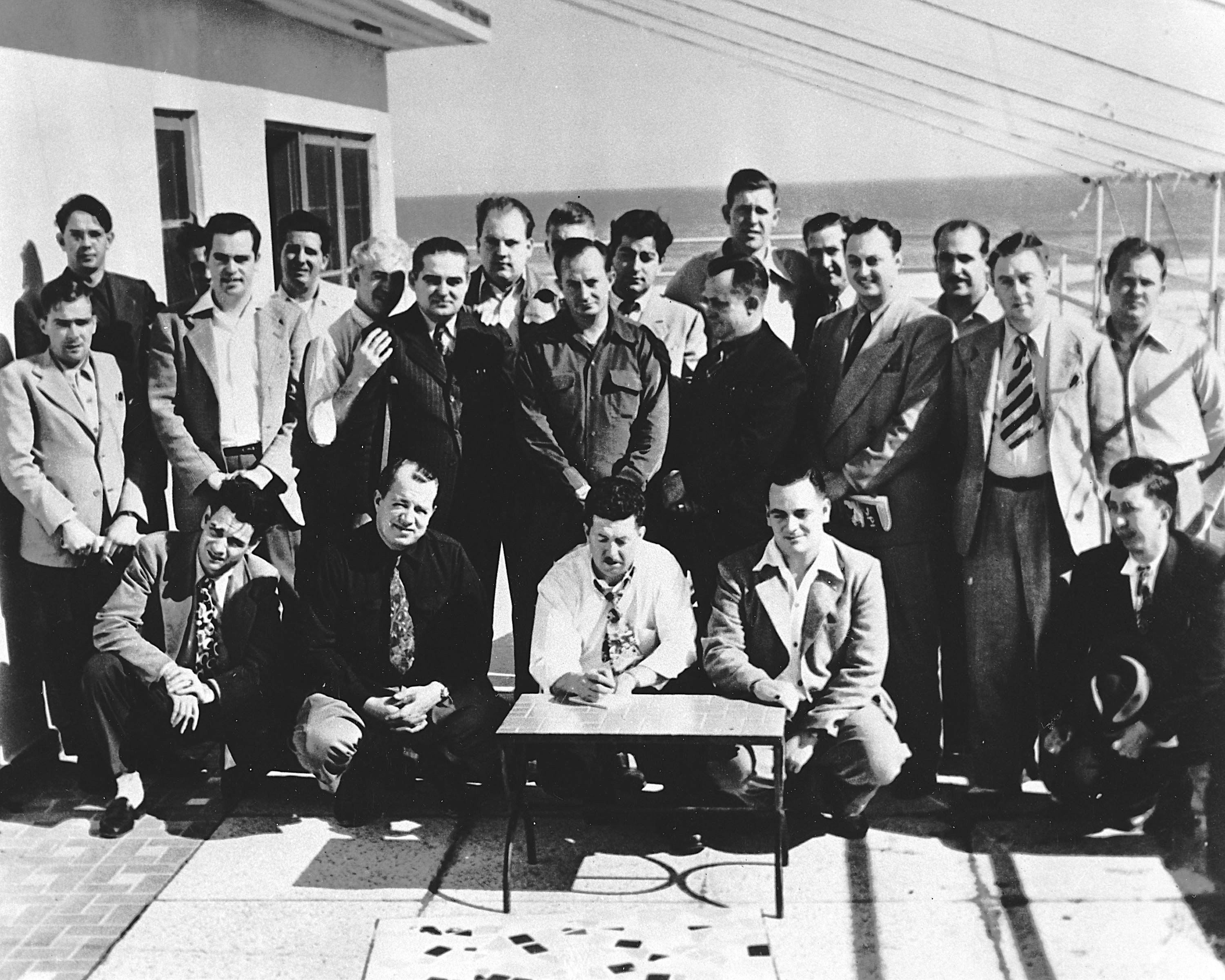 A series of three meetings convened at the Streamline Hotel to establish criteria for professional stock car racing, led to the formation of NASCAR. Photo courtesy of NASCAR Archives & Research Center/CQ-Roll Call Group via Getty Images

“Stock-car racing has got distinct possibilities for Sunday shows, and we do not know how big it can be if it is handled properly,” France told the assembled group. “… I believe stock-car racing can become a nationally recognized sport by having a National Point Standing.”

While bullish on the future of stock-car racing, France was adamant that big changes needed to be made. “Stock-car racing as we’ve been running it is not, in my opinion, the answer,” France said.

With that in mind, he called on those in attendance to unite for the overall betterment of the sport. “We must try to get track owners and promoters interested in building stock-car racing up,” France said. “We are all interested in one thing – that is improving the present conditions. The answer lies in our group right here today to do it.”

France’s vision was embraced by his audience, and two months later, NASCAR staged its first official race on the Daytona Beach-Road Course, an event won by Red Byron. The trophy from that race is on display in the NASCAR Hall of Fame’s Heritage Speedway exhibition.

Red Byron would become NASCAR’s first race winner and first champion, as well as a member of the NASCAR Hall of Fame Class of 2018. Photo courtesy of NASCAR Archives & Research Center

While it’s tempting to simply say, “the rest is history,” nothing could be further from the truth. Building up NASCAR from a small, Southeastern novelty into one of America’s largest and most successful professional sports has been a 75-year journey of hard work, trial and error, and innovation and evolution that continue to this day.

Throughout 2023, Curators’ Corner will look back on some of the sport’s greatest moments and memories of the past 75 years, as well as tell the rich and triumphant stories of the heroes and legends who made them happen. We hope you’ll join us for the journey.

Plan a Visit to the NASCAR Hall of Fame for Induction Weekend (Jan 20-21). Tickets on sale now.