Exclusive photos recall when President Ronald Reagan was on hand to see Richard Petty win his 200th and final race.

As historic NASCAR moments go, the 1984 Firecracker 400 at Daytona International Speedway ranks way up there near the very top.

The July 4th, 1984, race marked the record 200th victory for Richard Petty, a member of the inaugural NASCAR Hall of Fame Class of 2010.

The Firecracker 400 featured a thrilling finish as Petty and fellow Hall of Famer Cale Yarborough (2012) raced back to take the yellow flag to start the 159th of 160 laps.

And, oh, by the way, on that day Ronald Reagan became the first sitting President of the United States to watch a live NASCAR race. And the first to eat Kentucky Fried Chicken with the drivers afterwards.

That amazing Florida afternoon was captured by photographers hired by premier series sponsor R.J. Reynolds Tobacco Co., who later donated its massive photo collection to the NASCAR Hall of Fame. Most of these images have never been seen by the public before, but we are excited to bring them to you now, along with a race action photo from our friends at Getty Images. 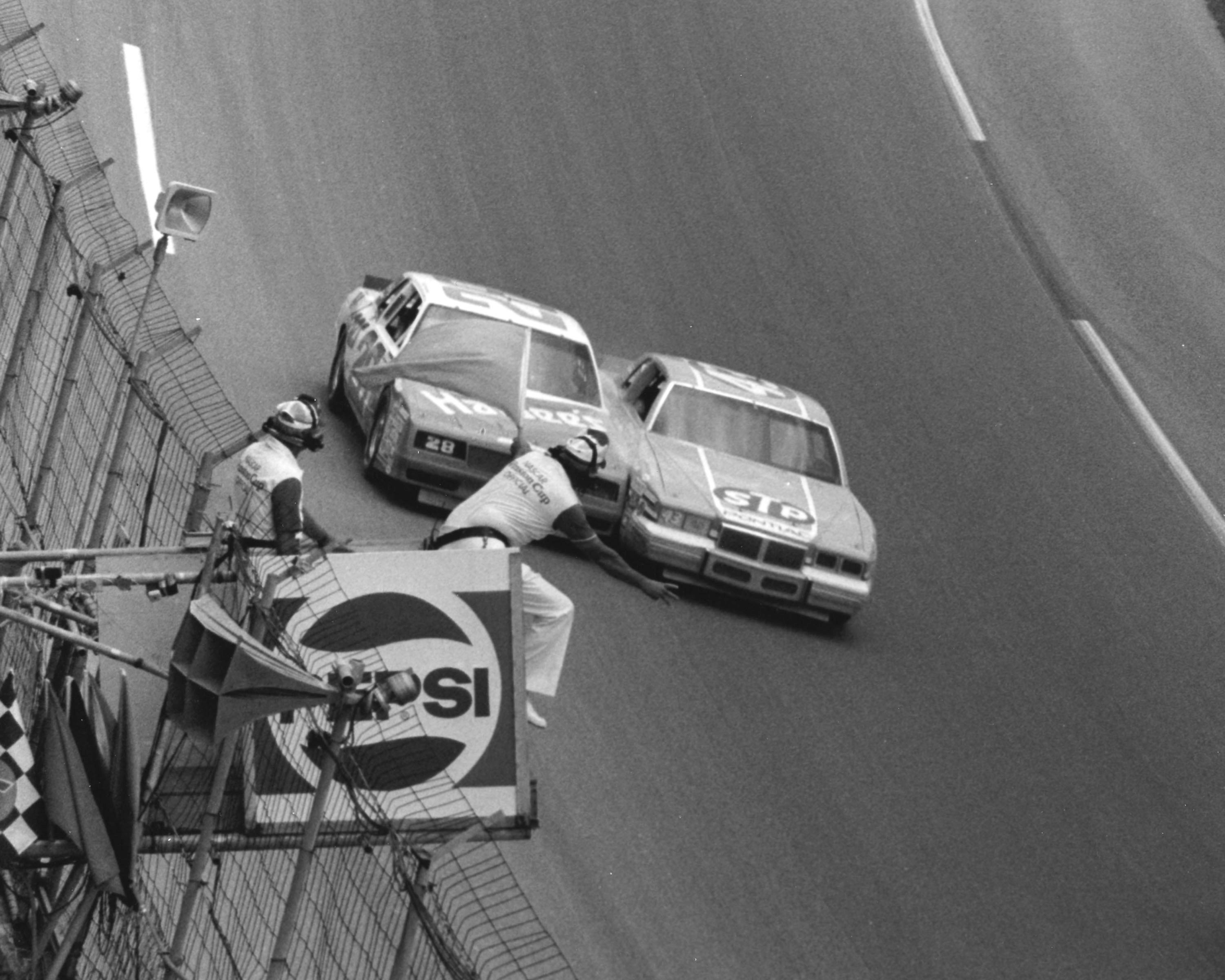 Richard Petty edged Cale Yarborough by less than half a fender as they race back to the yellow flag to start the penultimate lap of the Firecracker 400. Photo courtesy of NASCAR Archives & Research Center via Getty Images

The 1984 Firecracker 400 was a hotly contested battle among some of the sport’s best drivers, with 29 lead changes. Seven of the top eight finishers in the race eventually became Hall of Fame inductees. But the defining moment was a crash in Turn 1 on Lap 158 that brought out a caution flag. 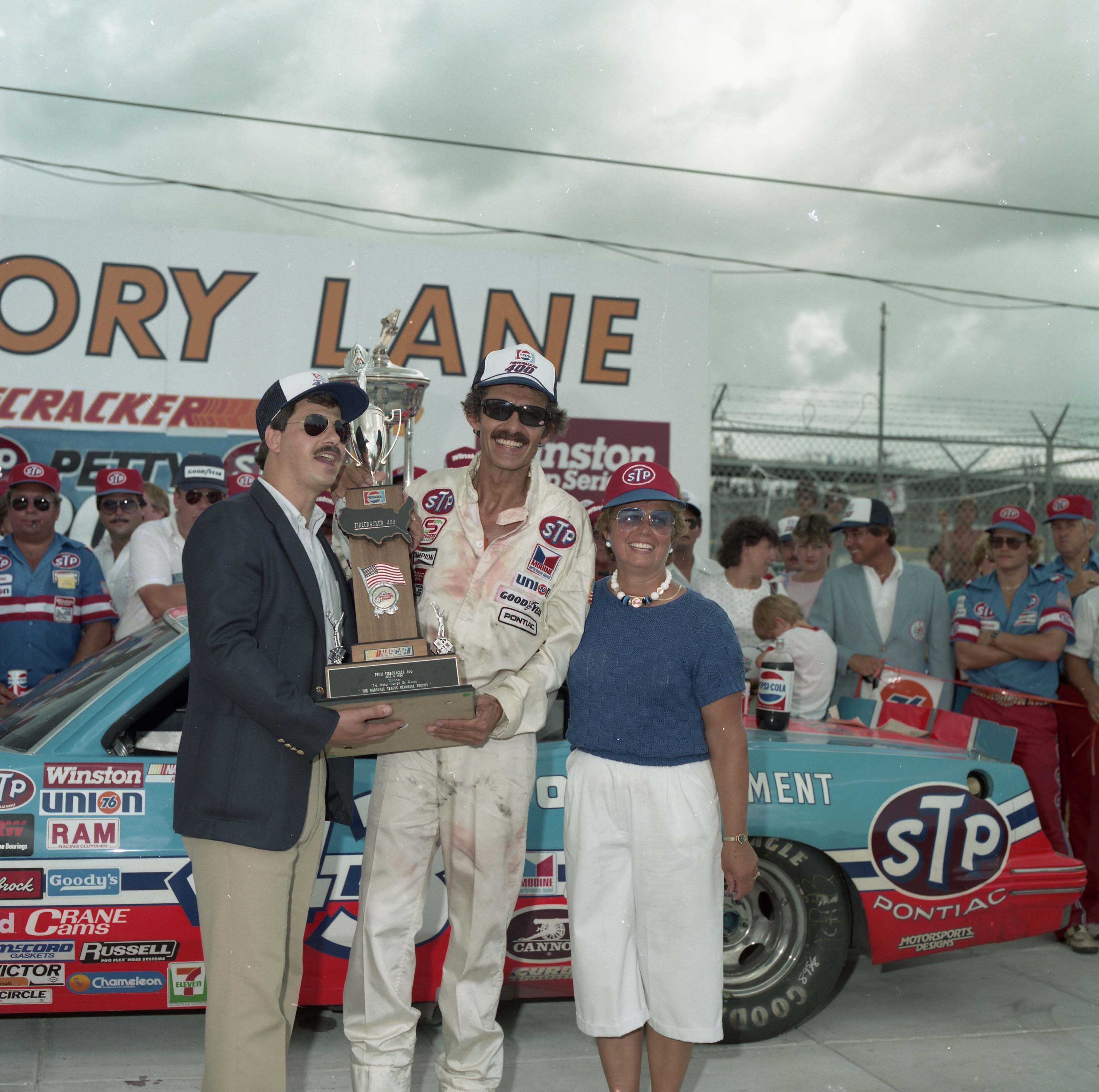 After securing his 200th premier series race win, it was off to Victory Lane at Daytona International Speedway for Richard Petty, who was joined by his wife, Lynda, as an afternoon of celebration began for the man known to race fans as simply “The King.” 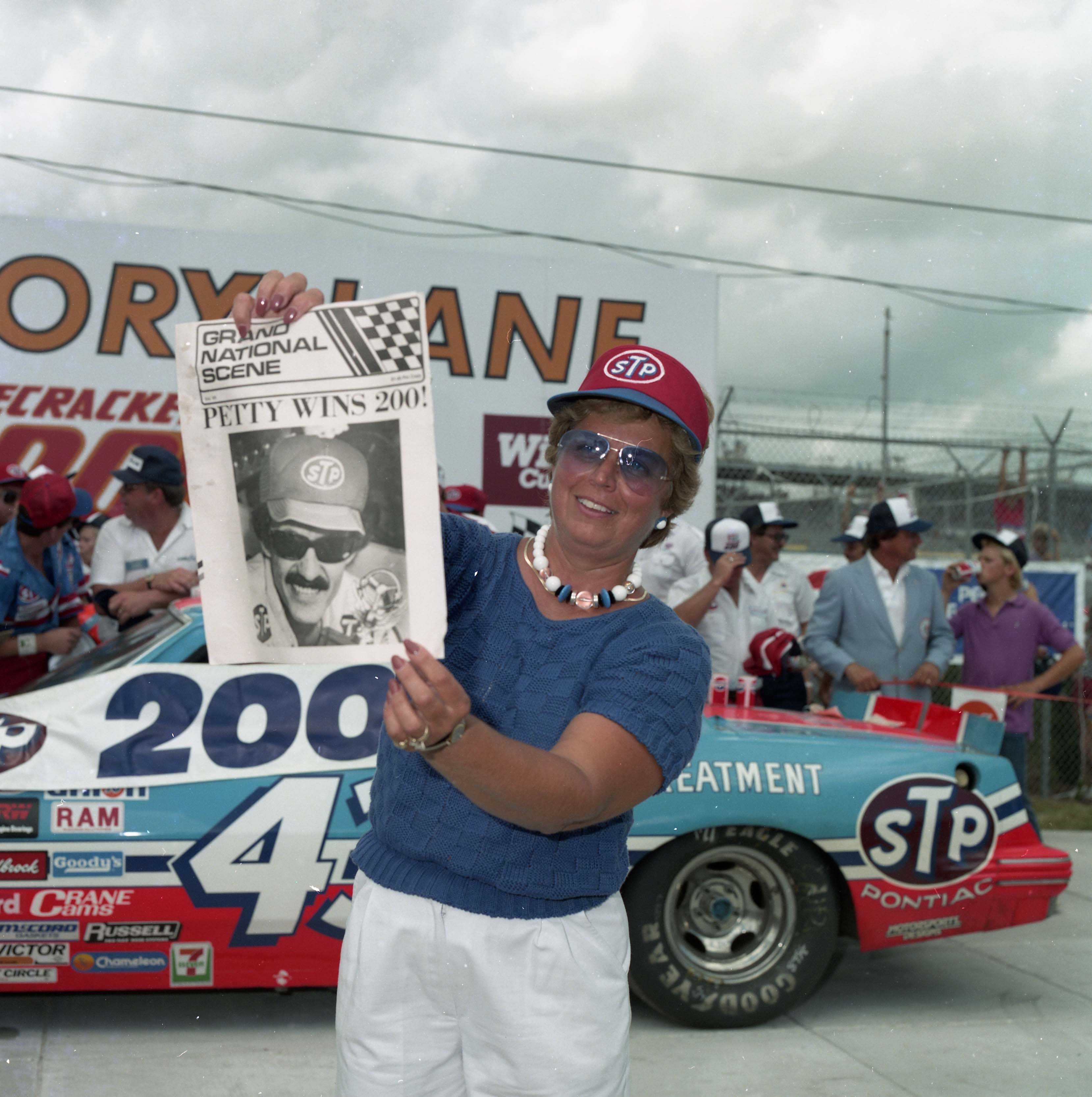 The leading stock car publication of the day was a weekly NASCAR newspaper known as Grand National Scene, which chronicled the action on and off the track in the NASCAR community. Knowing that Richard Petty would eventually win race No. 200, the publication printed up mock front pages showing that Petty had won his 200th race. 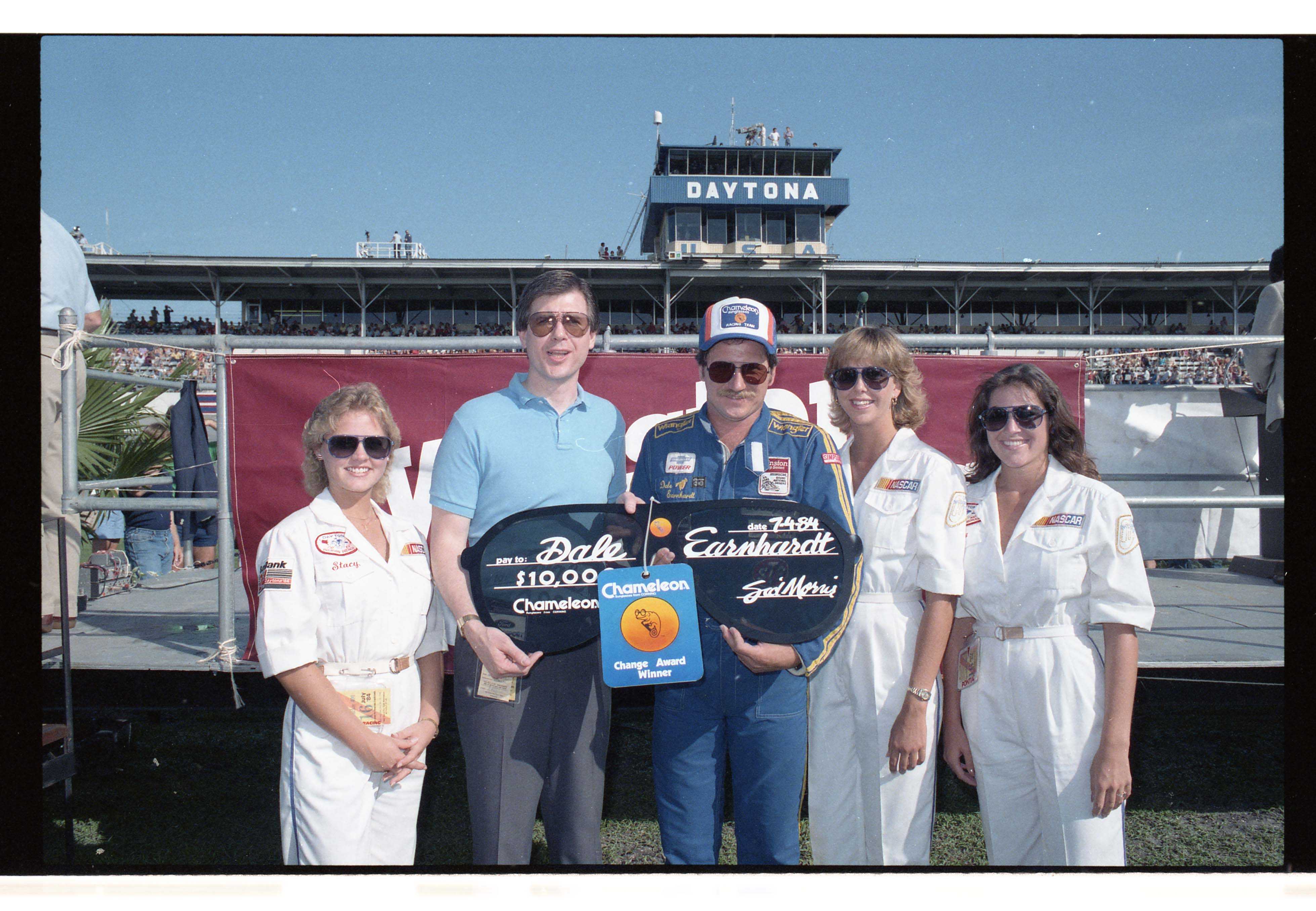 Dale Earnhardt won the race’s Chameleon Charge Award, and with it a check for $10,000. NASCAR Permanent Collection, Gift of R.J. Reynolds Tobacco Co.

For decades, NASCAR and its contingency sponsors have given out awards to drivers and teams, including some that didn’t win. In the 1984 Firecracker 400 at Daytona International Speedway, Hall of Famer Dale Earnhardt (2010) received $10,000 for winning the Chameleon Charge Award from Chameleon Sunglasses. Earnhardt qualified second and finished eighth in the race, and left Daytona with the series points lead. 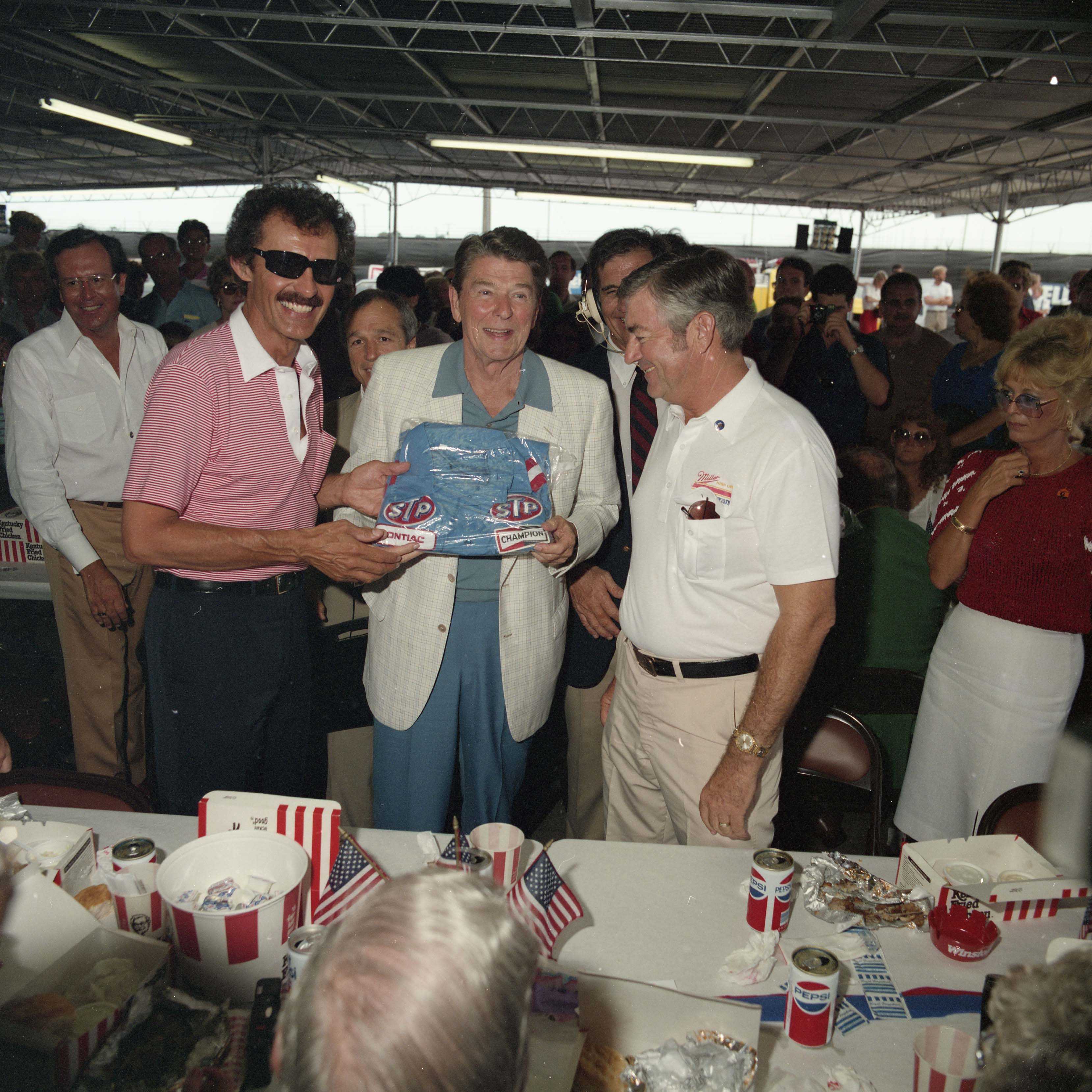 After the Firecracker 400 ended, the party headed to the Daytona International Speedway garage, where President Reagan was escorted by several of NASCAR’s top drivers and given gifts to commemorate the momentous occasion. 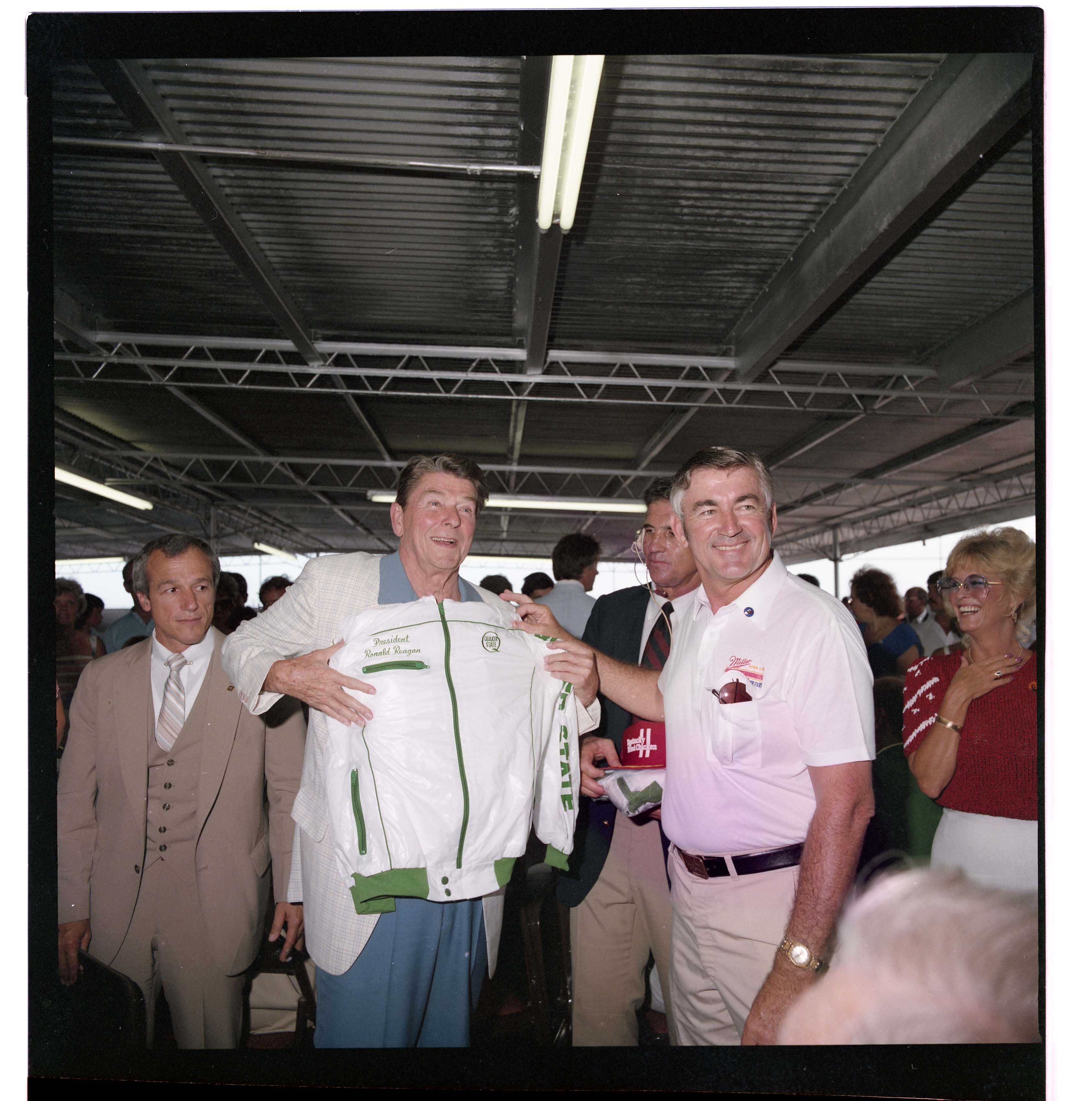 In addition to the STP/Pontiac shirt President Reagan he received, he was also given a Quaker State racing by Hall of Famer Bobby Allison (2011), who at that time was the reigning NASCAR premier series champion. 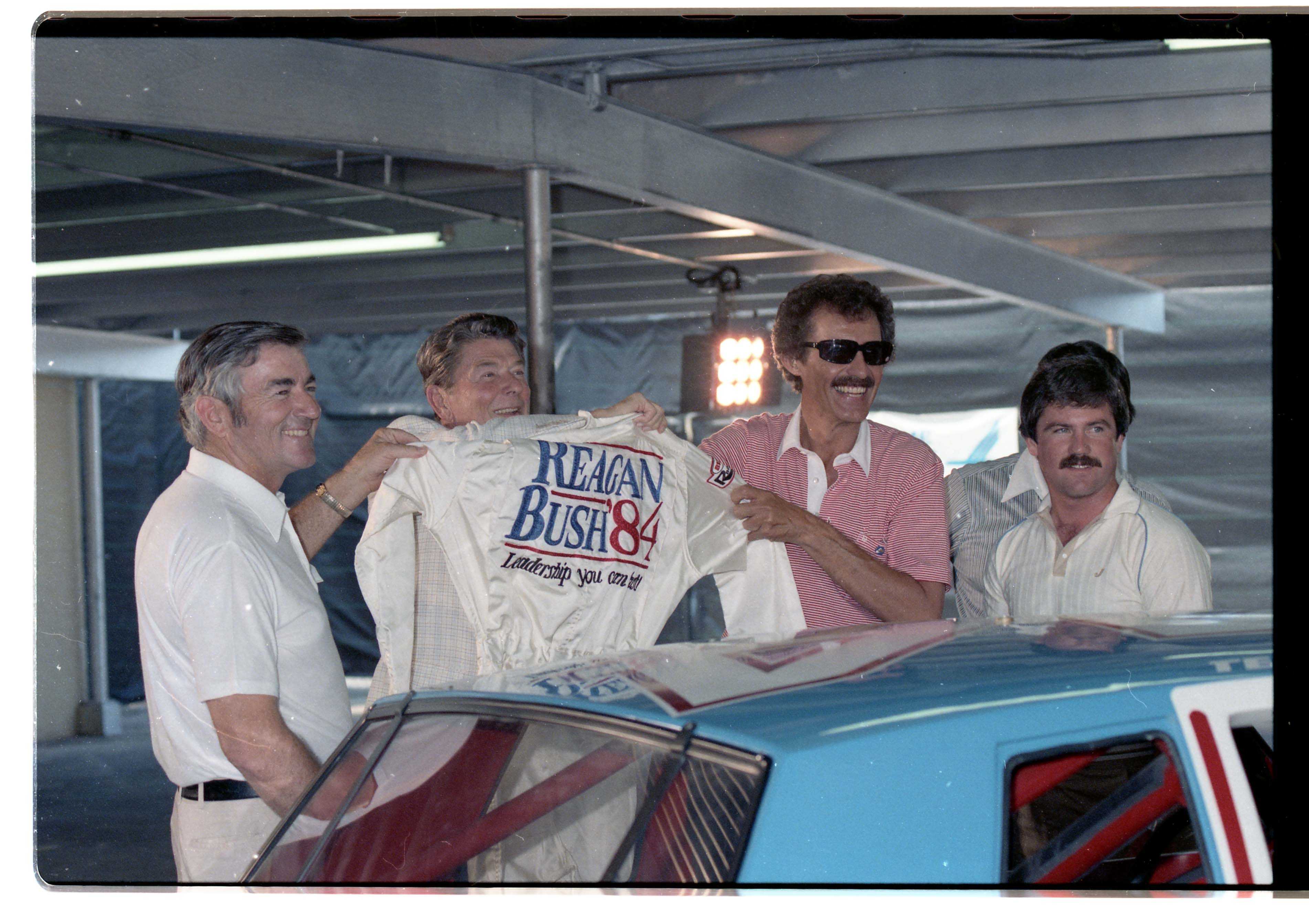 Bobby Allison (from left), President Ronald Reagan, Richard Petty and Terry Labonte were in the garage for the unveiling of the President’s 1984 campaign jacket. NASCAR Permanent Collection, Gift of R.J. Reynolds Tobacco Co.

President Regan was interested in seeing one of the race cars up close, so he went into the garage to take a look at the No. 44 Piedmont Chevrolet owned by Billy Hagan and driver by Hall of Famer Terry Labonte (2016). Although Labonte finished seventh in the Firecracker 400, he would go to win his first of two premier series championships later that season. 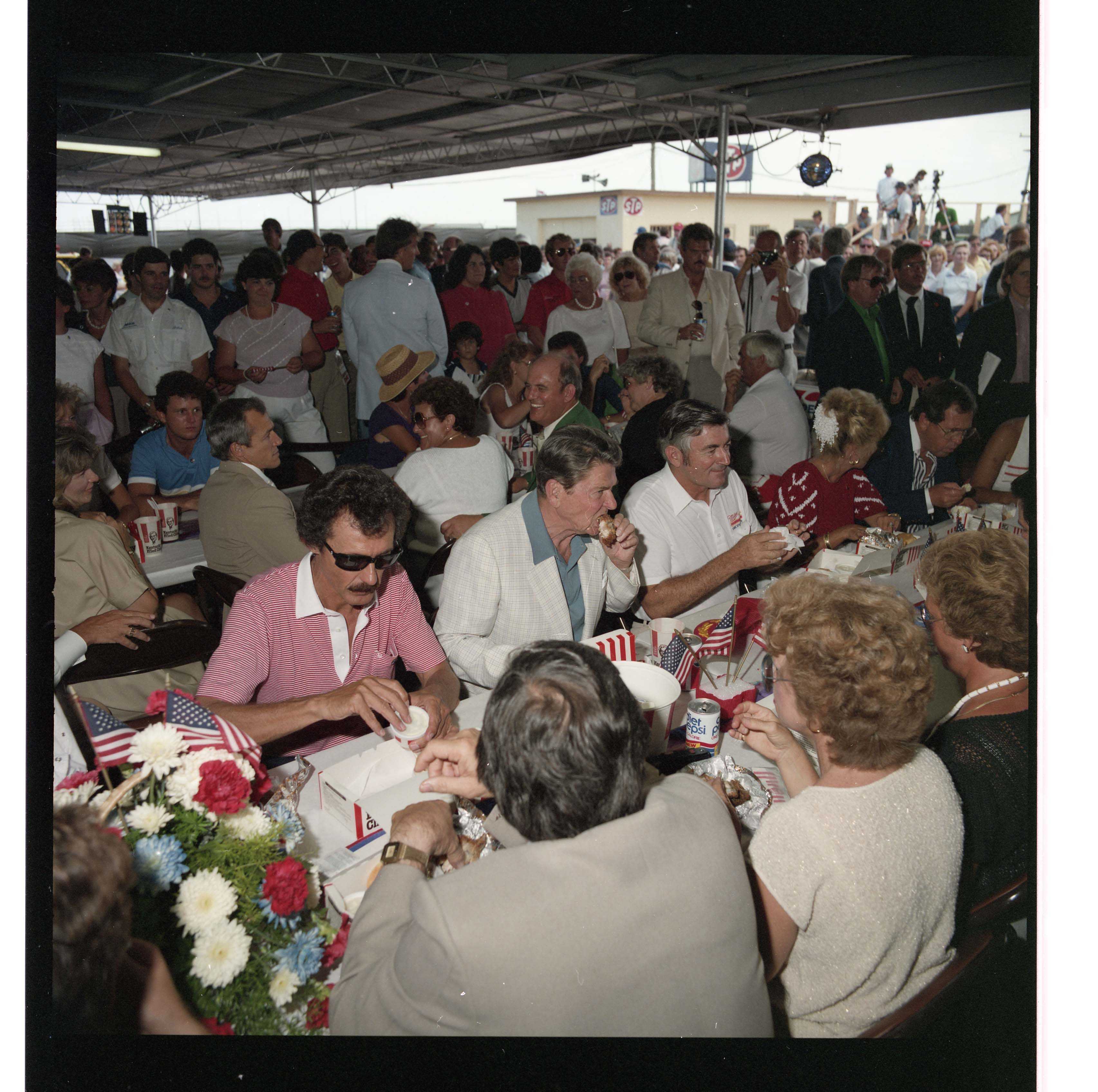 When President Reagan joined the drivers for a post-race meal, the menu was anything but fancy – just good, old Kentucky Fried Chicken right out of red-and-white boxes. But after a hard day of racing in the July 4th Daytona heat, some finger-licking-good chicken was a treat for all concerned. 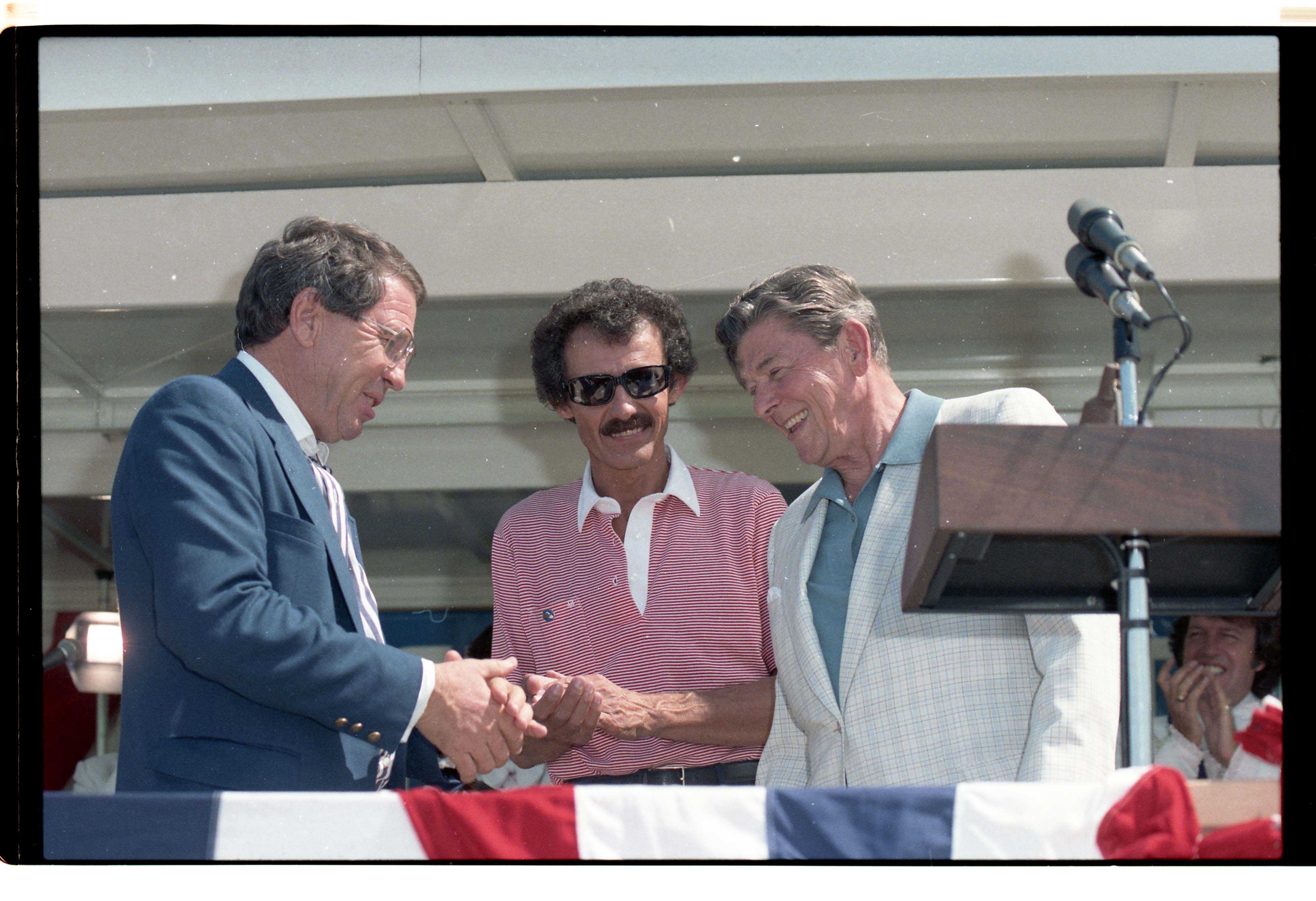 For Chairman William C. France and the rest of the NASCAR executives, getting to welcome President Ronald Reagan to the Firecracker 400 was a once-in-a-lifetime event. NASCAR regularly attracted movie stars and athletes from other sports as guests but receiving the President of the United States took it to an entirely new level. 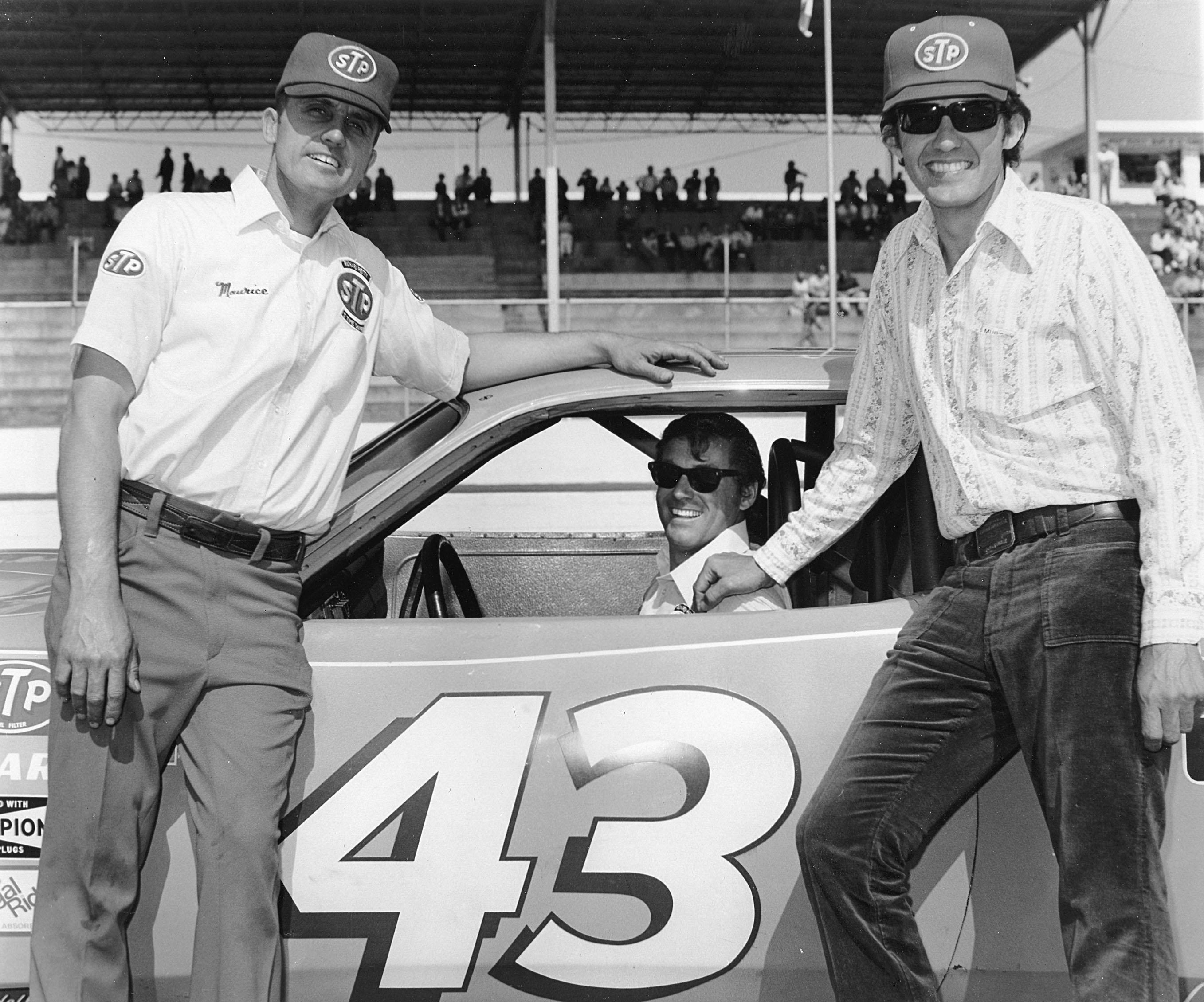 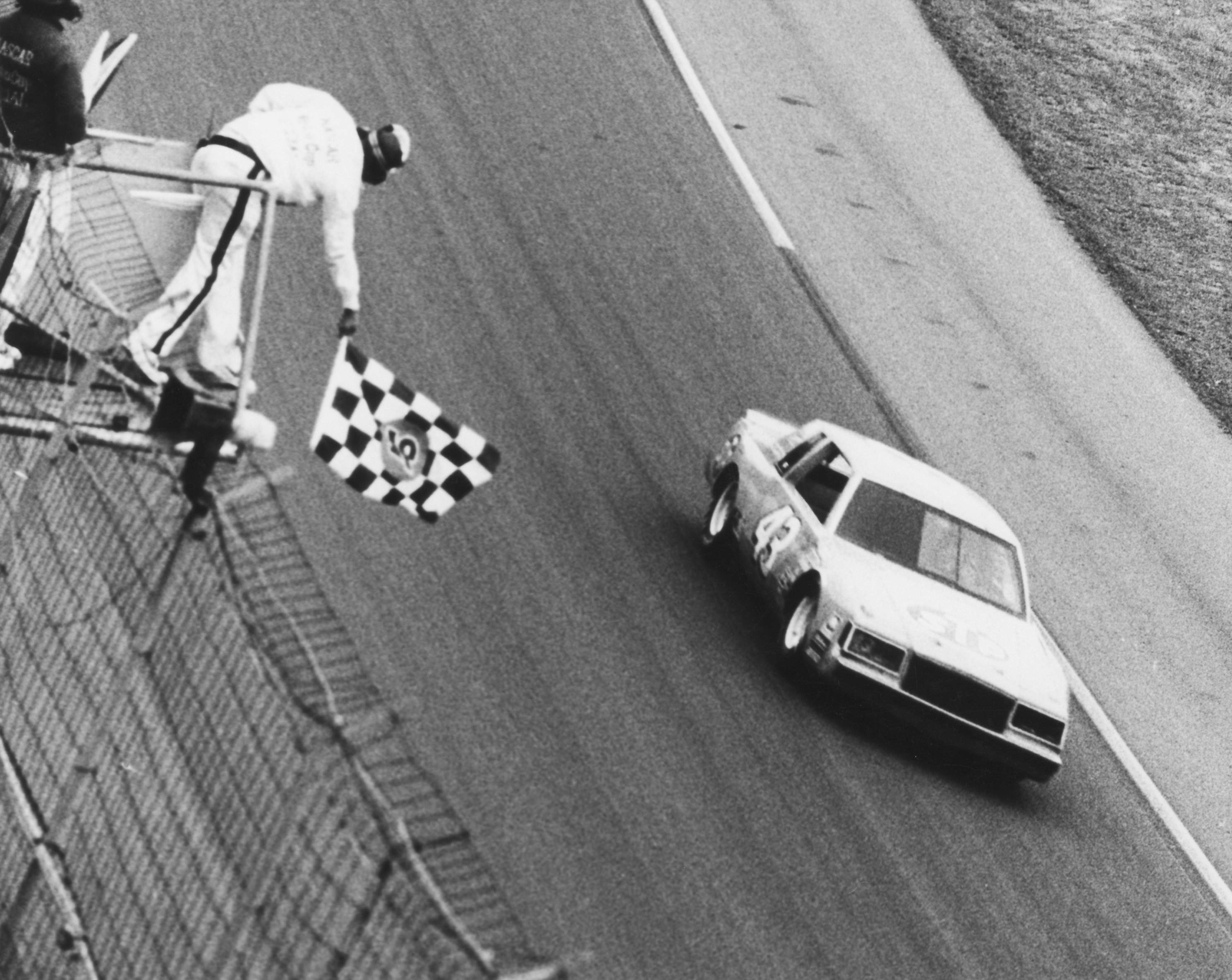 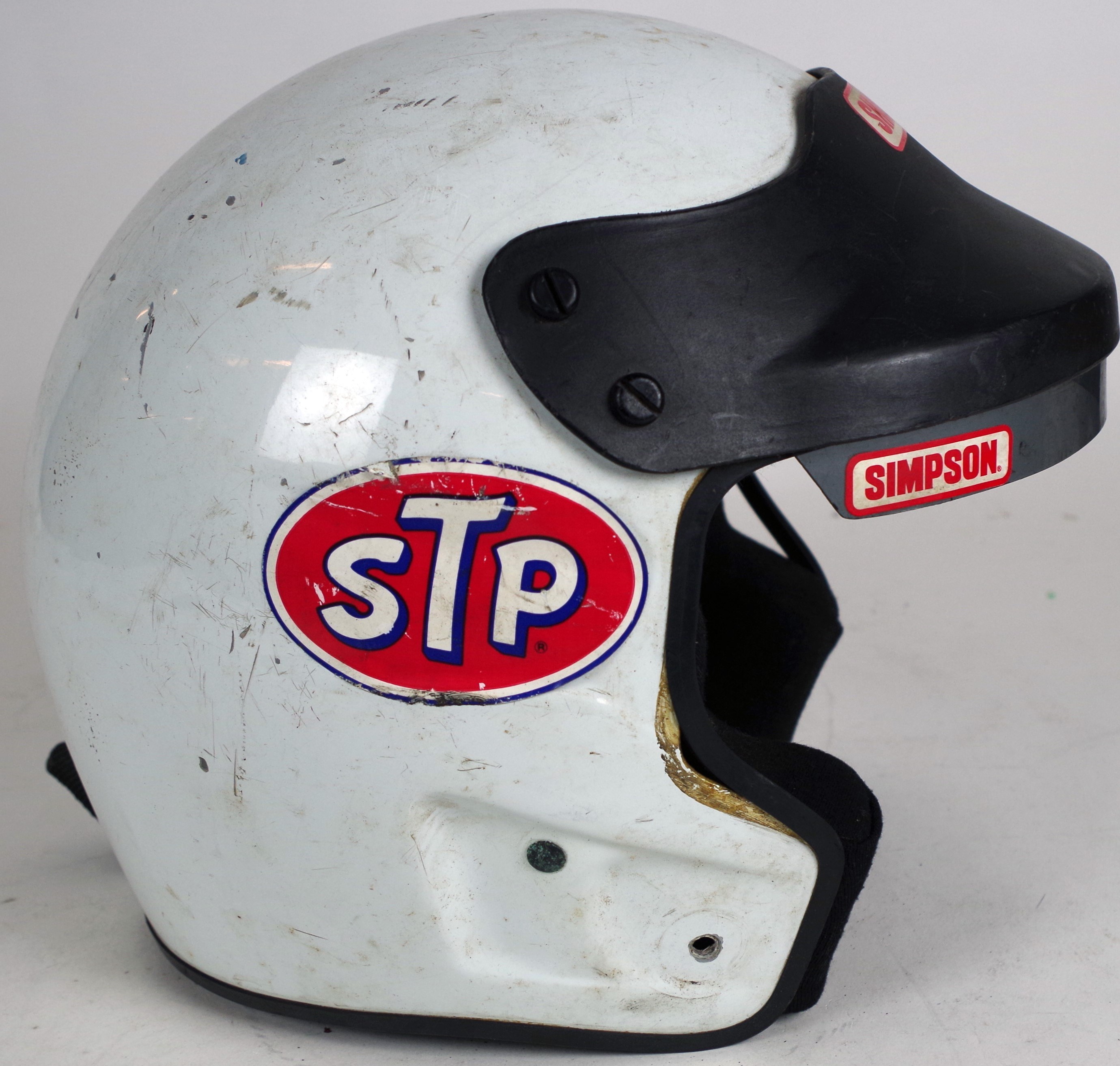 Driving and Winning For The King 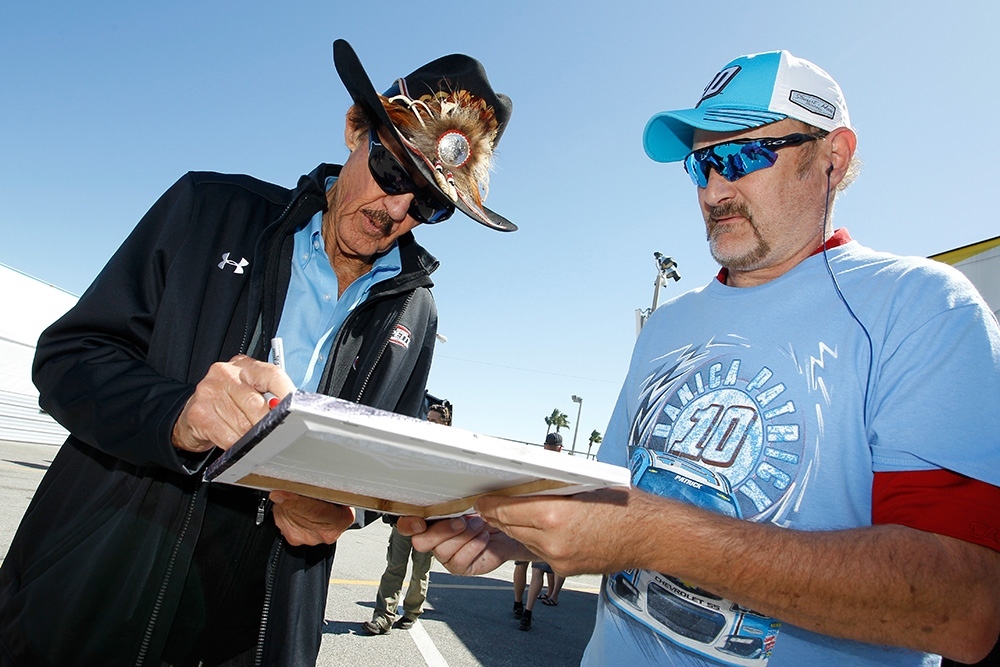