Oregon racer and Class of 2023 NASCAR Hall of Fame inductee competed on race tracks for 68 years.

No one has had a longer driving career than Oregon native McGriff, who is one of three racers newly enshrined in the NASCAR Hall of Fame’s Class of 2023.

If you want some context about how long and successful a career NASCAR Hall of Fame Class of 2023 inductee Hershel McGriff had, former NASCAR Chairman William C. France (Class of 2010) summed it up succinctly:

“He was driving, winning races, running up front when Richard Petty (Class of 2010) was still in high school,” France said of McGriff. France’s comments came from an interview several decades ago, which was long before McGriff finally retired for good in 2018. 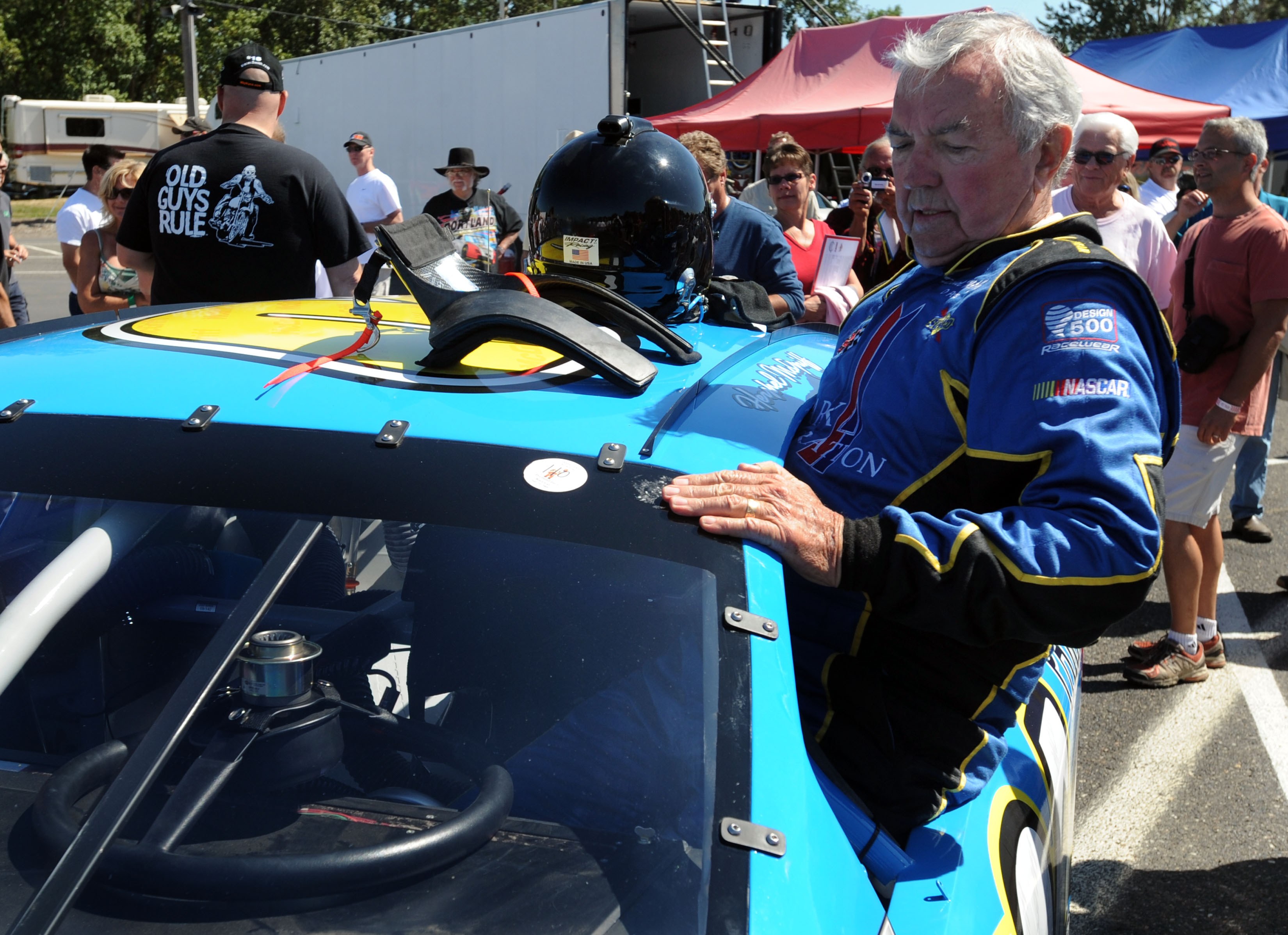 Long past the age when most people are retired, Hershel McGriff kept on racing. Photo courtesy of Steve Dykes/Getty Images for NASCAR

McGriff, who turned 95 years old in December 2023, was the second individual voted into the Hall via the Pioneer Ballot, which recognizes competitors whose careers began more than 60 years ago.

After racing locally in the Pacific Northwest in the late 1940s, McGriff hit it big in 1950. In May of that year, he drove a borrowed Oldsmobile 88 coupe from his home in Oregon to compete in the inaugural Carrera Panamericana, a treacherous road race across a 2,178-mile course across a newly created highway in Mexico. 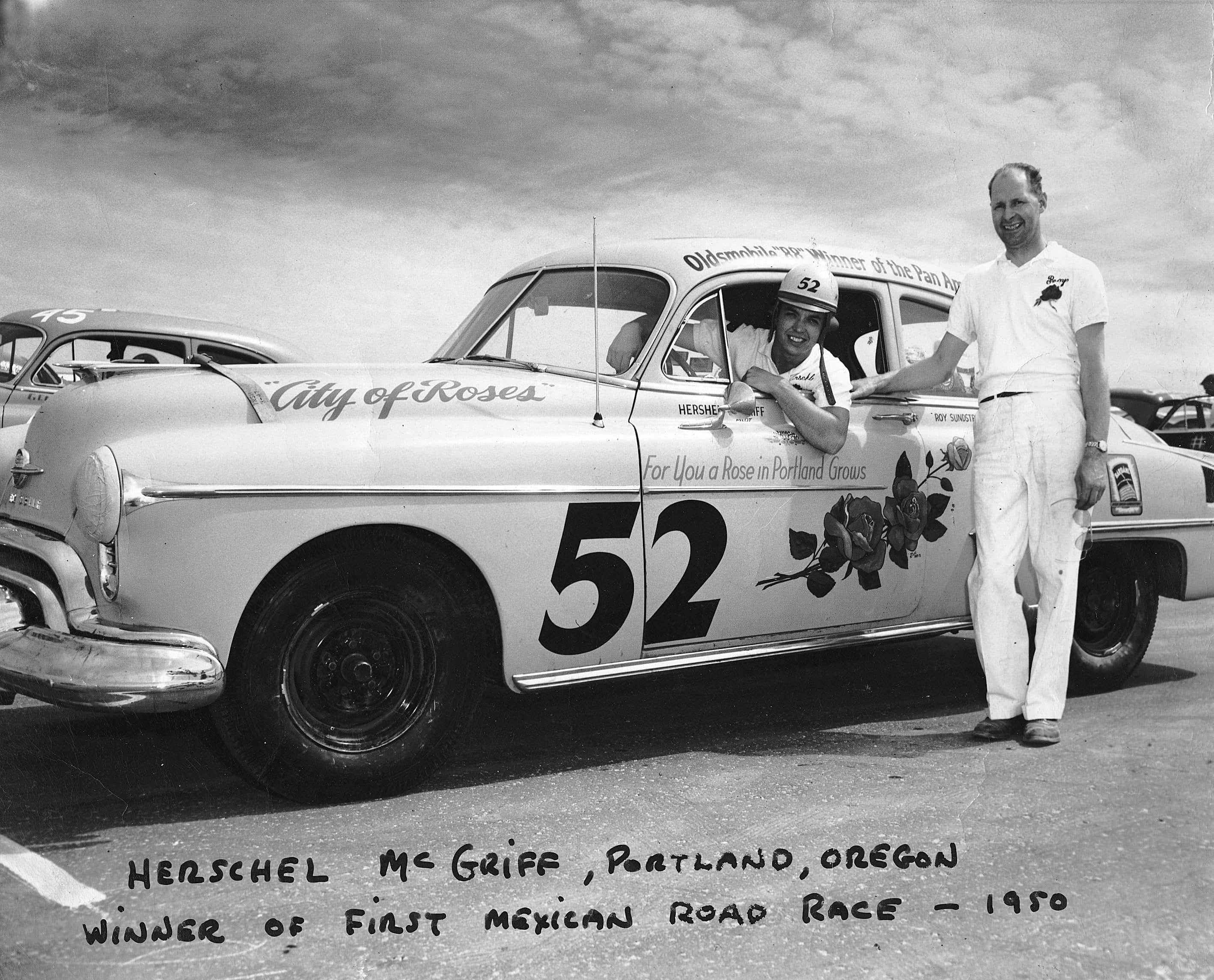 Not only did the 22-year-old McGriff compete in the grueling six-day race, he and co-driver Ray Elliott won the event, defeating a 132-car field. Afterwards, McGriff drove his race-winning Oldsmobile coupe back home to Oregon.

A few months after winning the Mexican road race, McGriff got back in his Oldsmobile in early September and drove to South Carolina to compete in the first Southern 500 at Darlington Raceway. 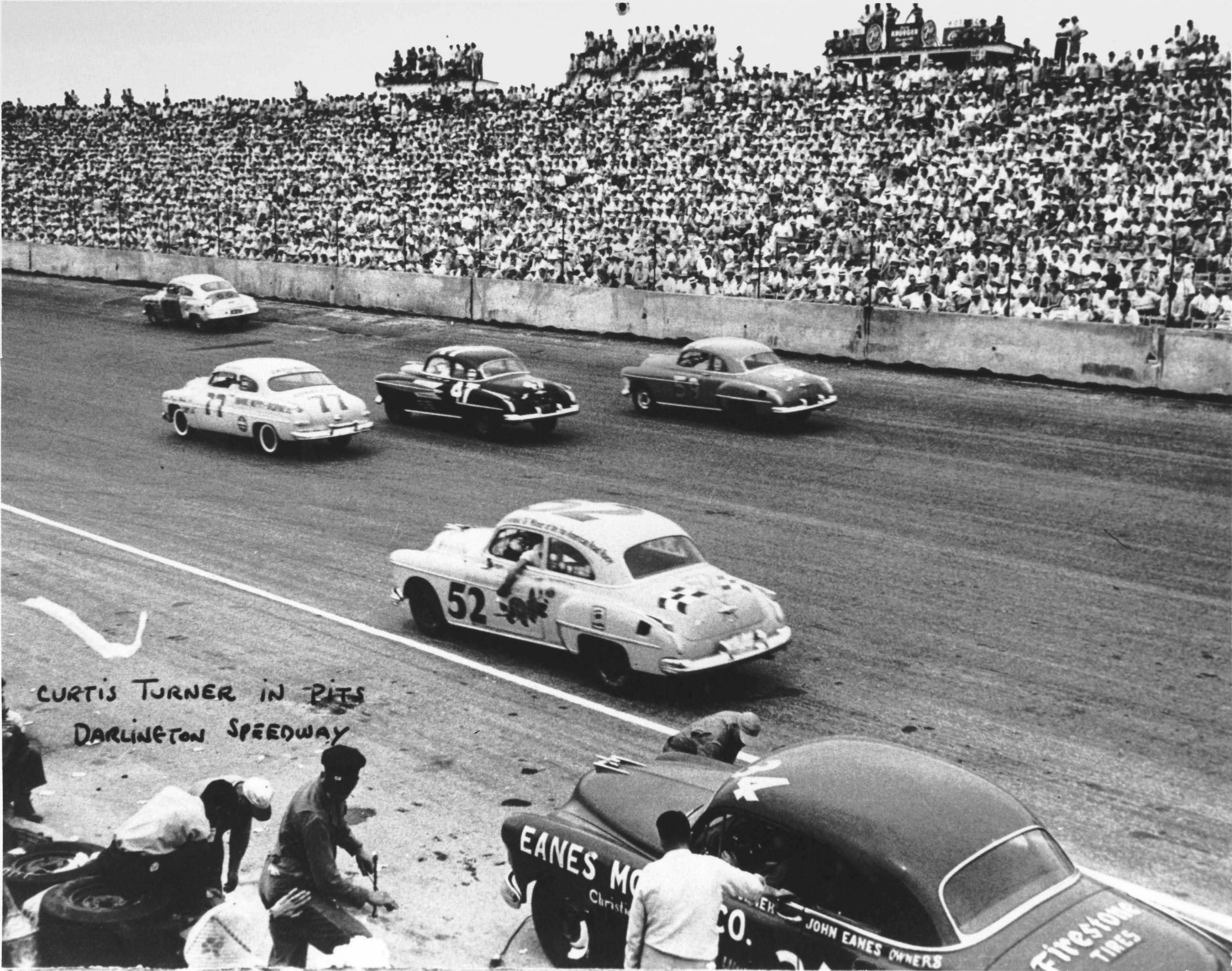 Hershel McGriff drove the same No. 52 Oldsmobile he raced in Mexico in 1950 in the first Southern 500. Photo courtesy of NASCAR Archives & Research Center via Getty Images

Competing against a 75-car field in a race that took more than 6 ½ hours to complete, McGriff acquitted himself admirably at Darlington, a circuit that would come to be known as “The Track Too Tough To Tame.” In the 1950 Southern 500, McGriff finished ninth in his first official NASCAR start, before again driving home in the same car he raced in.

NASCAR founder and chairman William H.G. France (Class of 2010) befriended McGriff when they both raced in Mexico in 1950. France was so impressed with McGriff that he invited him back East to race full-time in NASCAR. In 1954, McGriff won four premier series races, with 13 top-five and 17 top-10 finishes in 24 starts. Although he ran less than two-thirds of the 37-race series schedule, McGriff finished an impressive sixth in points. 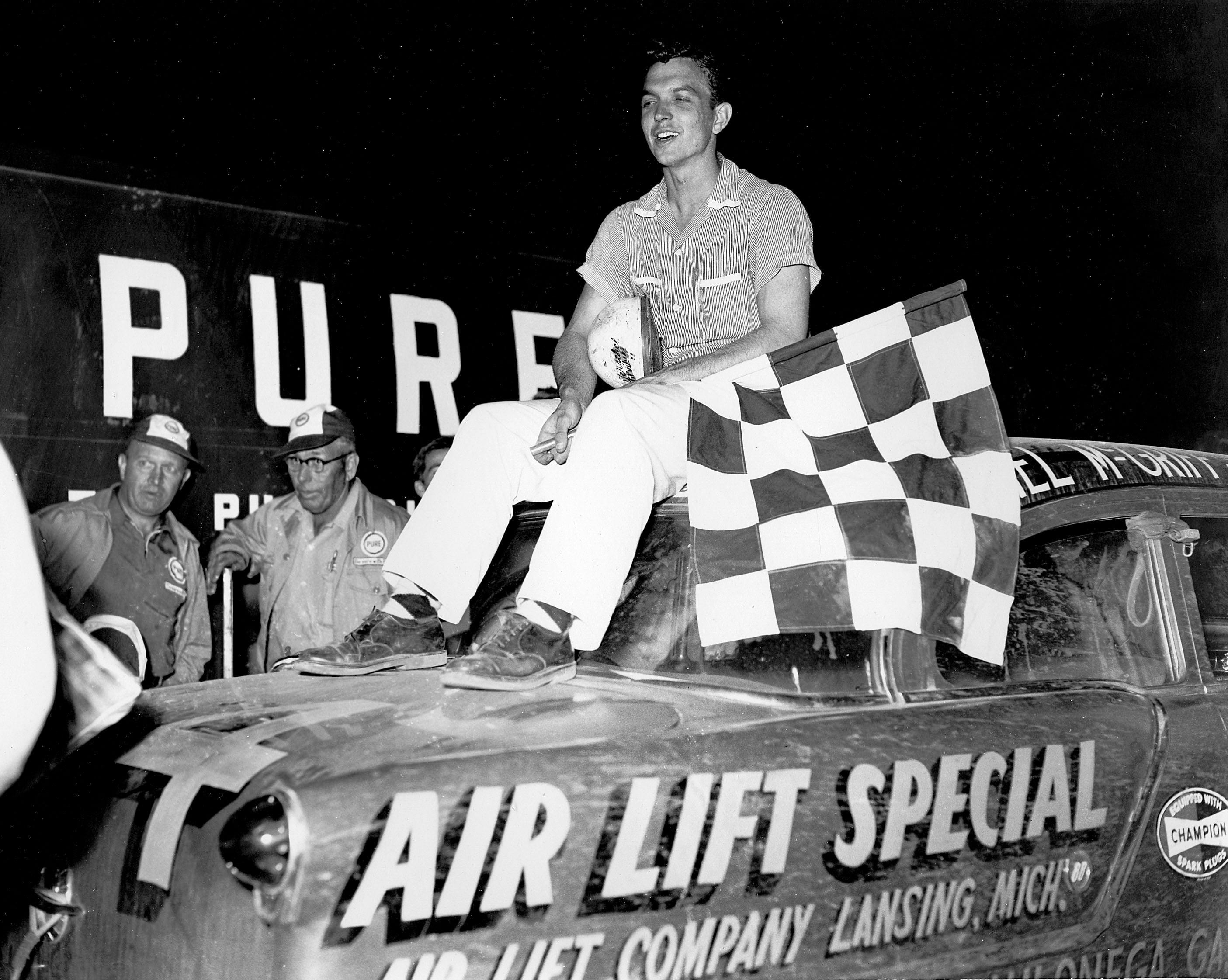 Despite his success and obvious talent, McGriff decided to return to the West Coast after the 1954 season ended, settling back in his native Oregon, where his family and business interests were. 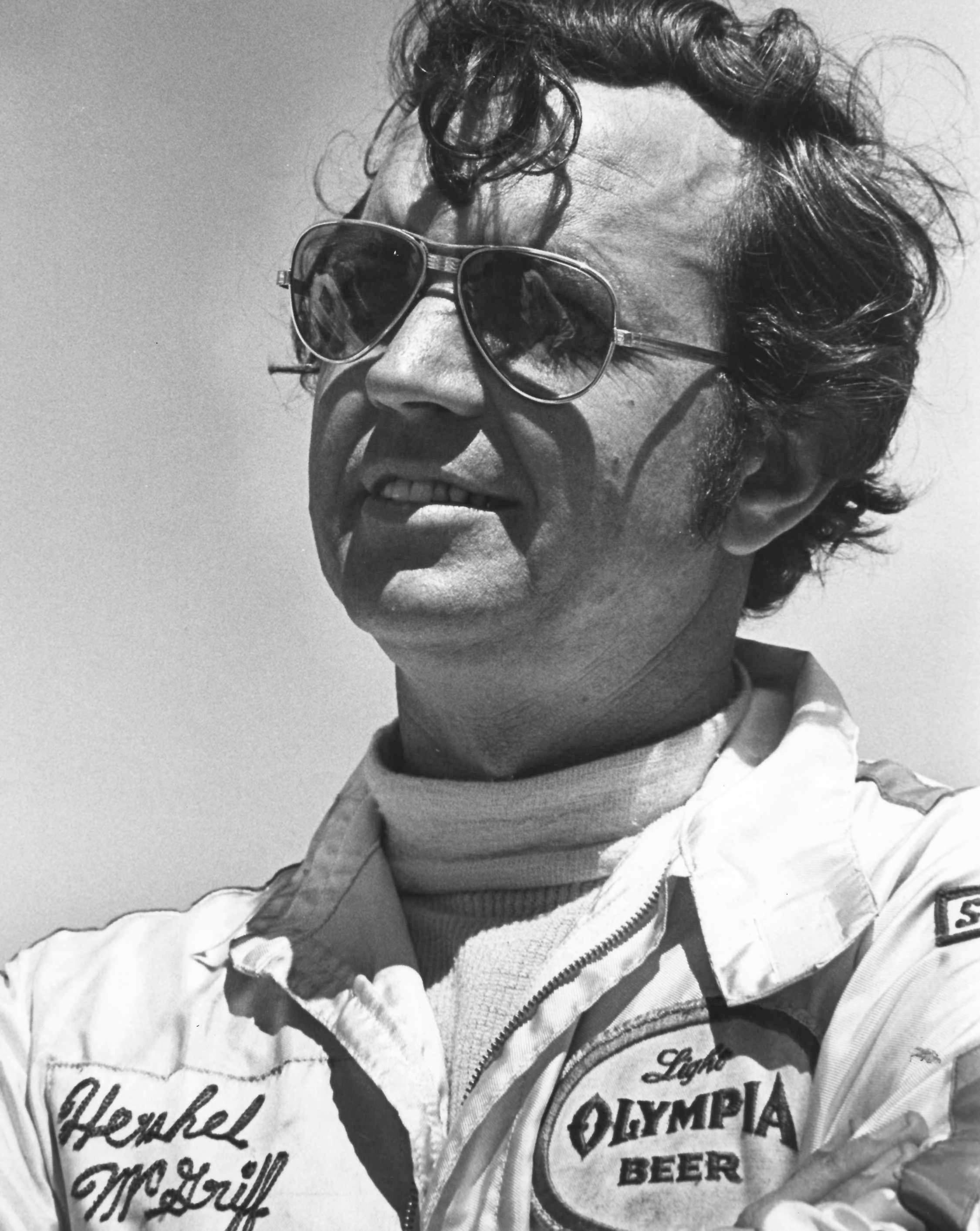 For most of the rest of his career, McGriff raced close to home. From 1954 until 2018, McGriff competed in 271 races in the NASCAR K&N Pro Series West (now ARCA Menards West Series), winning 34 races and posting 100 top-five finishes. He won the series championship in 1986 at age 58 and finished second in points in both 1985 and ’87. All told, McGriff finished in the top five in series points eight times.

McGriff occasionally raced in the other series, earning an impressive fifth-place finish in the 1973 Daytona 500, where he drove a used race car and had to share a pit stall and a borrowed pit crew with fellow West Coast racer Ray Elder. McGriff also competed twice in the 24 Hours of Le Mans endurance race in France.

Throughout his career McGriff was known for his skill behind the wheel and the fact that he drove clean, never roughing up other racers to advance his position. He also had a well-earned reputation as someone always willing to help young drivers.

For his myriad accomplishments, McGriff was selected as one of NASCAR’s 50 Greatest Drivers in 1998.

An even higher honor for McGriff came in 1991, when he was honored with the Bill France Award of Excellence for his career contributions to NASCAR. “No one has been a better representative over the long haul, a truly nice guy,” William C. France said in presenting the award to McGriff during the 1991 NASCAR banquet in New York. 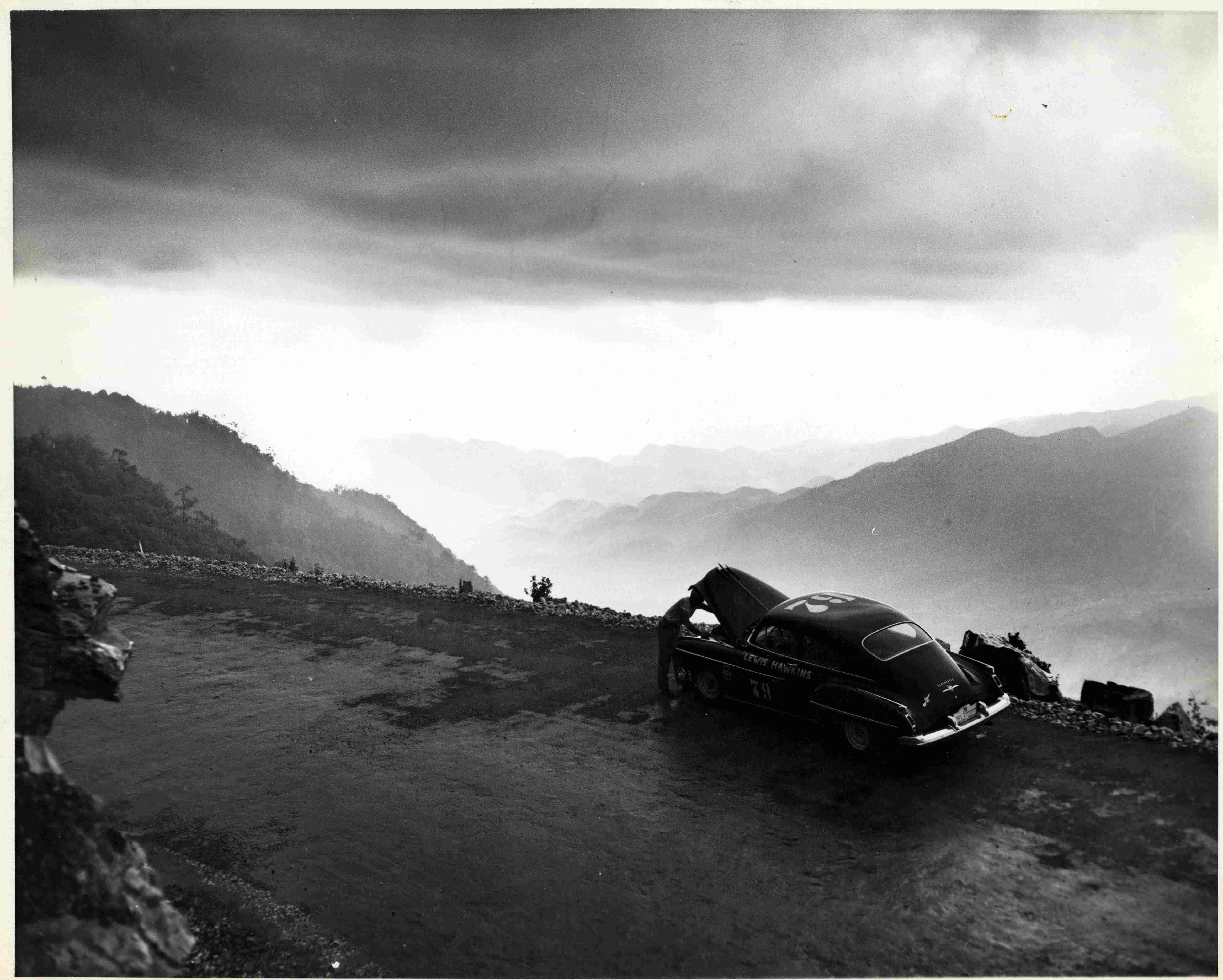