The Daytona 500 has produced many incredible races over the years. Here are 10 memorable ones.

From the very beginning, the Daytona 500 has provided race fans with some of the most amazing races in NASCAR history, with fantastic finishes, huge upsets, record-shattering performances and much more.

Coming up with a “best of” Daytona 500 list is almost impossible and surely a fool’s errand, as there’s no objective criteria for what makes one race better than another. They are all so different and dramatic for any number of reasons.

That said, with the 2021 Daytona 500 set for February 14, NASCAR Hall of Fame Curator Dan Simone and I compiled a list of 10 memorable Daytona 500s. These are not ranked, as such, but instead listed chronologically from oldest to most recent.

We hope you enjoy reading these as much as we did putting the list together. 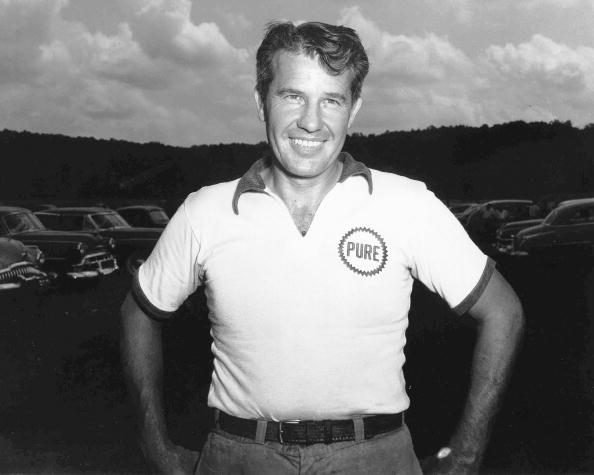 The uniform Lee Petty wore in winning the first Daytona 500 is on display at the NASCAR Hall of Fame. Photo courtesy of NASCAR Archives & Research Center via Getty Images

The first Daytona 1959 was one for the ages, with a photo finish between Hall of Famer Lee Petty (2011) and Johnny Beauchamp. Although Beauchamp was originally awarded the victory, a photograph taken by T. Taylor Warren proved Petty the winner. NASCAR Chairman William H.G. France (2010) finally officially awarded Petty the victory on the Wednesday after the race.

The 1976 Daytona 500 came down to the two Hall of Famers with the most career race victories, Richard Petty (2010) and David Pearson (2011) and two of NASCAR’s most legendary teams, Petty Enterprises and Wood Brothers Racing. Leaders Petty and Pearson crashed in Turn 4 on the last lap, both hitting the outside wall. But only Pearson was able to restart his wrecked race car, and when he did, he was able to limp back to the start-finish line and take the checkered flag for himself and the Wood Brothers. 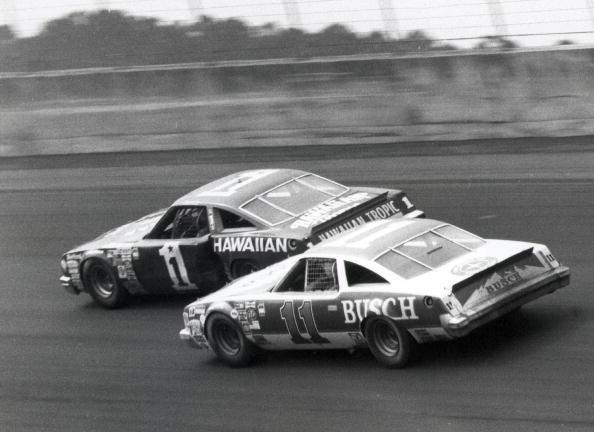 Donnie Allison (No. 1) and Cale Yarborough were fighting for the lead when they crashed on the last lap of the 1979 Daytona 500. Photo courtesy of Racing Photo Archives/Getty Images

One of the most important races in NASCAR history, the 1979 race was the first 500-mile NASCAR race with live flag-to-flag coverage on national TV. A massive snowstorm on the East Coast kept people indoors, many of whom tuned into CBS, where Ken Squier (2018) called the dramatic finish. When leaders Cale Yarborough (2012) and Donnie Allison crashed on the last lap, Richard Petty (2010) was able to win his record sixth Daytona 500. And a post-race infield brawl between Yarborough and brothers Donnie and Bobby Allison (2011) only added to the mystique of the race.

Currently on display in the NASCAR Hall of Fame’s Hall of Honor is Buddy Baker’s (2020) iconic Ranier Racing No. 28 “Gray Ghost” Oldsmobile that was built by Waddell Wilson (2020). Piloting the Gray Ghost, Baker drubbed the Daytona 500 field in 1980, leading 143 of 200 laps and averaging 177.602 mph, despite five caution-flag periods. While this race was not a classic nail-biter in terms of being exceptionally close, 41 years later, it remains the fastest Daytona 500 ever run.

In a battle of Hall of Famers, Dale Jarrett (2014) held off a furious last-lap charge from Dale Earnhardt (2010) to give Joe Gibbs Racing its first premier series race win. But the most engrossing part of the story is that Jarrett’s father, Ned (2011), called the race live on CBS, the cameras panning back and forth between the track and Ned’s wife Martha seated in a van parked in the infield. The race became known as “The Dale and Dale Show,” a phrase coined on the air by Ned during the final lap. 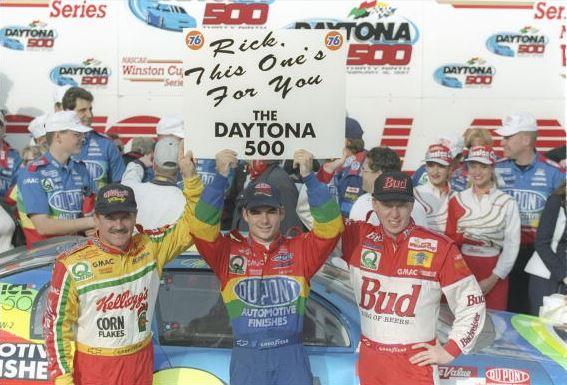 Another feel-good story, the 1997 Daytona 500 saw one team sweep the top three finishing positions for the first time in the race’s long history. Jeff Gordon (2019) won the race, followed by his Hendrick Motorsports teammates Terry Labonte (2016) and Ricky Craven. From Victory Lane, Gordon called team owner Rick Hendrick (2017), who was at home, unable to travel because he was being treated for chronic myelogenous leukemia. 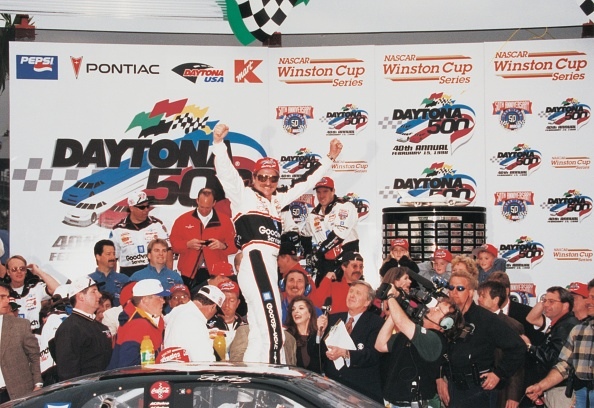 The 1998 Daytona 500 didn’t have all that much drama, truth be told. Dale Earnhardt (2010) led 107 of 200 laps and took the checkered flag under caution. But the victory in his 20th Daytona 500 was huge for Earnhardt, who had come tantalizingly close so many times before without ever winning NASCAR’s biggest race. And the image of every crewmen from every team lining up on pit road to congratulate Earnhardt is one of the most riveting NASCAR images ever.

The best of times and the worst of times. The 2001 Daytona 500 was the first race broadcast on FOX and Dodge’s first appearance in NASCAR’s top division since the early 1980s. Michael Waltrip, winless in his first 467 premier series starts coming into the race, took the checkered flag ahead of his Dale Earnhardt Inc. teammate Dale Earnhardt Jr. (2021). But as they raced to the finish, their boss, seven-time champion Dale Earnhardt (2010) was killed in a crash in Turn 4 on the last lap of the race. What should have been an uplifting story suddenly became one of NASCAR’s darkest days. 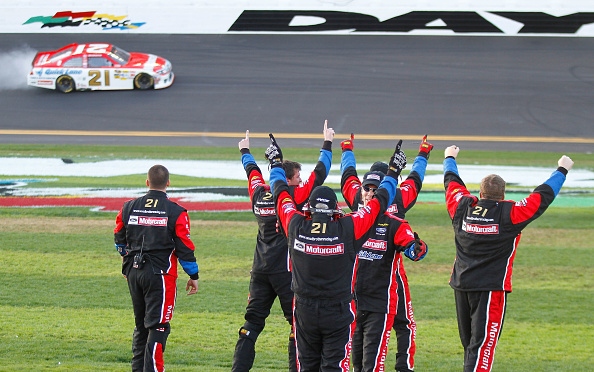 One of the greatest upsets in sports history – not just NASCAR history – came when NASCAR’s oldest team, Wood Brothers Racing, hired one of NASCAR’s youngest drivers, Trevor Bayne, who had turned 20 years old the day before the Daytona 500. Despite having only competed in one previous premier series race in his career, Bayne never put a foot wrong all day and was able to capitalize on David Ragan’s botched late-race restart to give the Wood Brothers their first race win since Elliott Sadler won at Bristol Motor Speedway in the spring of 2001. For the Wood Brothers, it was their fifth different Daytona 500 win with their fifth different driver.

With two previous Daytona 500 wins to his credit, Denny Hamlin was no stranger to Victory Lane at the World Center of Racing. But this one was wholly different, as Hamlin led a 1-2-3 finish for team owner Joe Gibbs (2020) in the first points race after the death of Joe’s older son, J.D., who passed away on January 11, 2019. J.D. discovered Hamlin when he was just a local short-track racer, and Hamlin always raced with No. 11, the same number J.D. wore as a high school and college football player. Joe Gibbs, who won three Super Bowls and now has five premier series championships, called this the single biggest event victory in his entire career.