What’s changed about NASCAR race cars since 1949? Absolutely everything has evolved over time.

When NASCAR starts racing in February, all eyes will be on the NASCAR Next Gen car, which is all new from bumper to bumper.

The Next Gen car represents the seventh generation of evolution since the NASCAR Strictly Stock Division – what we know today as the premier series – began racing in 1949.

While the 2022 headlines will be dominated by Next Gen news, here’s a historical look back at the first six generations of NASCAR race cars – and who won in them first time out. 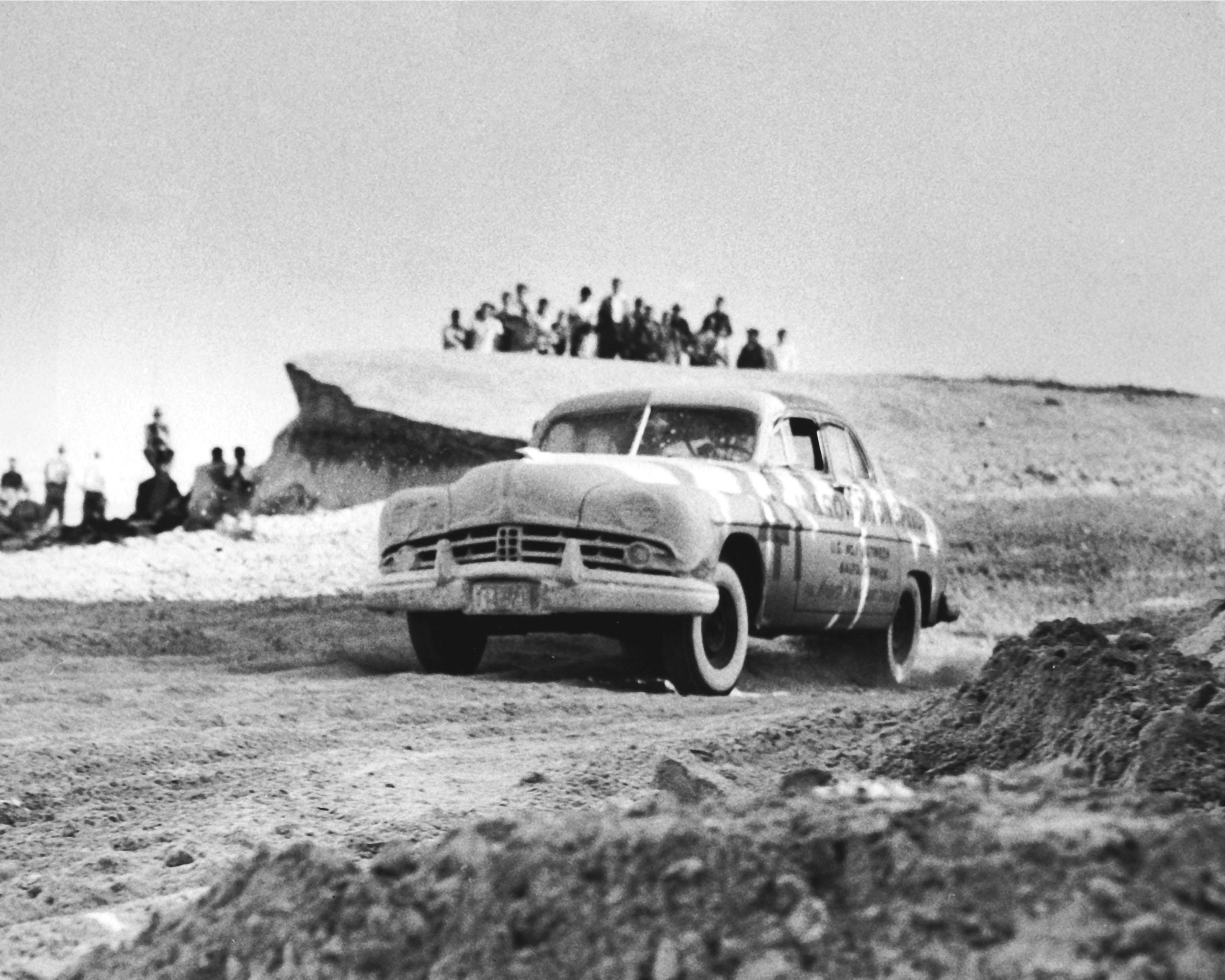 When NASCAR’s Strictly Stock Division ran its first race on June 19, 1949 at the old 0.750-mile Charlotte Speedway dirt tract, the cars were just that – strictly stock, with no major modifications permitted. Race-winner Jim Roper competed in a borrowed Lincoln coupe that he drove from his home in Kansas all the way to Charlotte. Hall of Famer Lee Petty (2011) rolled his borrowed Buick in the race and had to hitchhike home with his family. 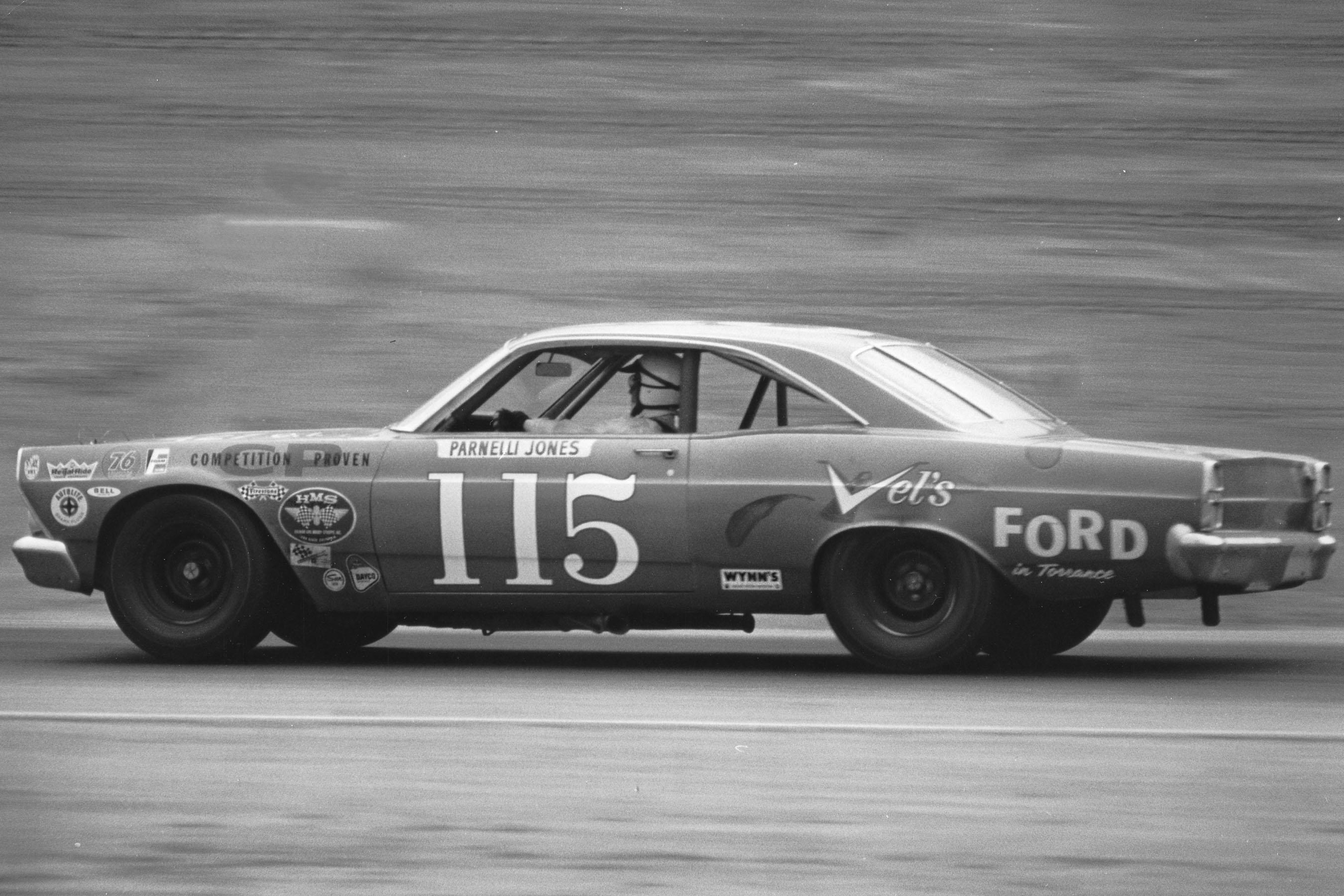 Safety took a big step forward with the Generation 2 NASCAR race cars, the first to mandate full roll cages welded to frames. From here forward, NASCAR race cars no longer had opening doors and drivers had to enter their cars through the window openings. The first race of the 1967 was in November 1966 at Augusta, Georgia, where Richard Petty won his first of a single-season record 27 races. Parnelli Jones won the first NASCAR race contested in calendar 1967, a road-course battle at Riverside International Raceway in Southern California. 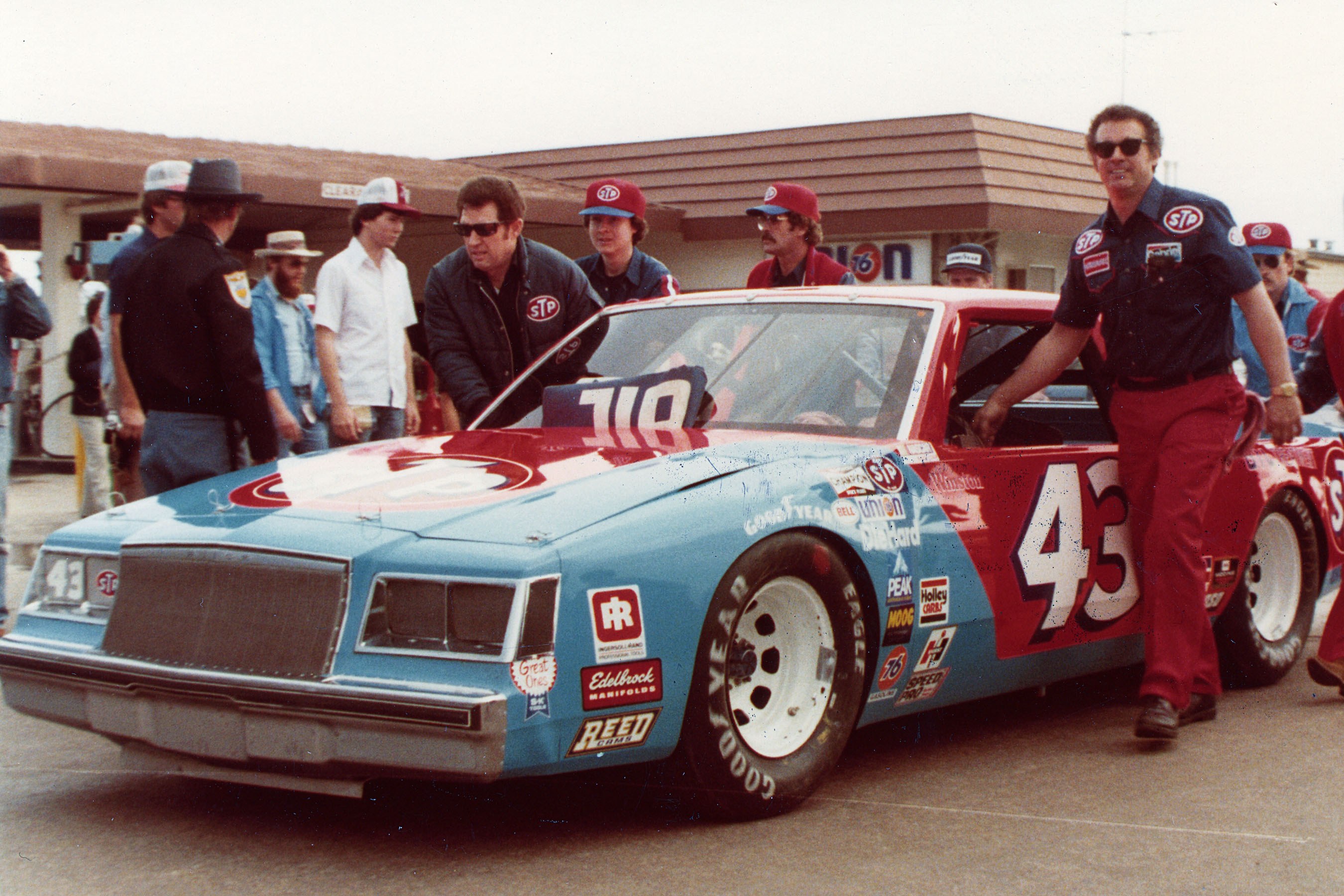 NASCAR opened the 1981 season at Riverside International Raceway with a mixture of the 115-inch wheelbase Generation 2 race cars and the all-new, 110-inch wheelbase Generation 3 models. When the circuit moved to Daytona International Speedway for the Daytona 500, all racers were required to compete with Gen 3 cars. Initially, some teams complained about aerodynamic struggles, but Richard Petty was able to win his record seventh Daytona 500 in a 1981 Buick Regal.

By the time the Generation 4 cars came into NASCAR, it was obvious that there was no longer anything stock about stock cars. While the bodies, especially the early Gen 4 cars, mostly looked like their production counterparts, as the years went on, the resemblances diminished drastically. In their final years, the Gen 4 cars earned the unofficial nickname “Twisted Sisters” because their asymmetrical body lines were so heavily stretched and bent for maximum aerodynamic advantage. 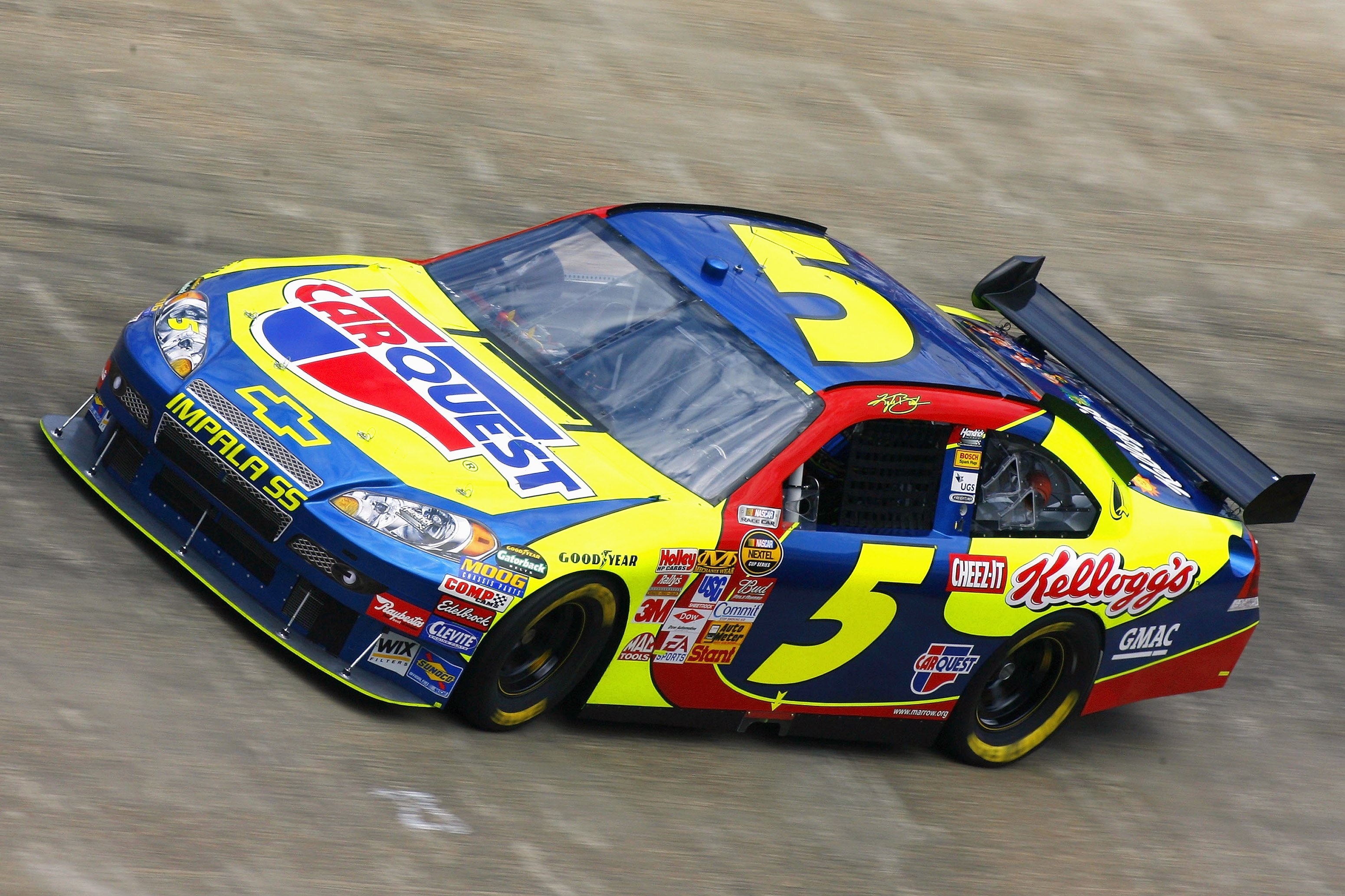 One of the oddest car introductions came with the Generation 5 car, which debuted in 2007, but only for 16 races while the other 20 races were run with the Gen 4 car. Nicknamed “The Car of Tomorrow,” the Gen 5 featured significant safety advancements and a return to symmetrical bodies. These cars also featured large rear wings and prominent front splitters under the bumpers. After winning the first COT race at Bristol Motor Speedway in 2007, Kyle Busch famously complained about the handling of his car. 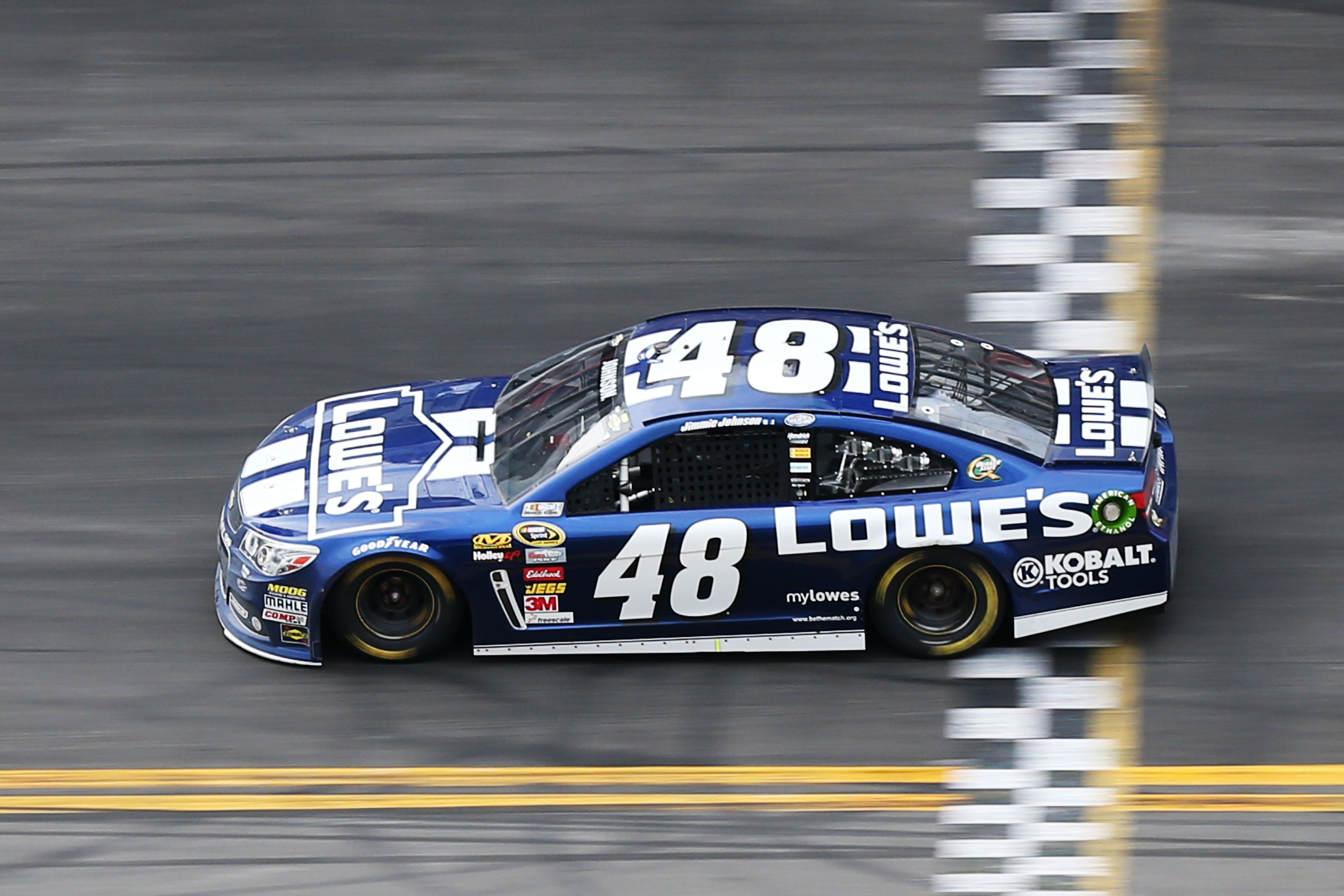 The debut of the Generation 6 cars in 2013 saw Jimmie Johnson win his second Daytona 500. Photo courtesy of Matthew Stockman/Getty Images

NASCAR and the three automakers in the sport – Chevrolet, Ford and Toyota – had an unprecedented amount of cooperation in designing the Generation 6 cars. This resulted in further safety innovations and designs that were much closer in appearance to production cars in dealer showrooms than those of the prior generation.