One of NASCAR's first true superstars even though he was a "part-time" driver never running more than 29 of the season's 50-plus races.

Lorenzen got his start as a mechanic with the famed Holman-Moody in 1960, but was elevated to lead driver by the end of the year.

Lorenzen won three races in only 15 starts the following season. Lorenzen’s best overall season came in 1963 as he finished with six wins, 21 top fives and 23 top 10s in 29 starts. Despite missing 26 races that season, he finished third in the standings.

Lorenzen retired in 1967 but made a brief comeback from 1970-1972. Lorenzen was an extremely popular driver with fans, to the point that he had several nicknames—“Golden Boy,” “Fearless Freddie” and “The Elmhurst Express.” In 1998, he was named one of NASCAR’s 50 Greatest Drivers.

Lorenzen being interviewed by Chris Economaki. Courtesy of ISC Archives via Getty Images.

In Victory Lane after winning the 1963 Old Dominion 500 at Martinsville Speedway. Courtesy of ISC Archives via Getty Images.

Lorenzen before winning the 1065 Daytona 500. Courtesy of ISC Archives via Getty Images. 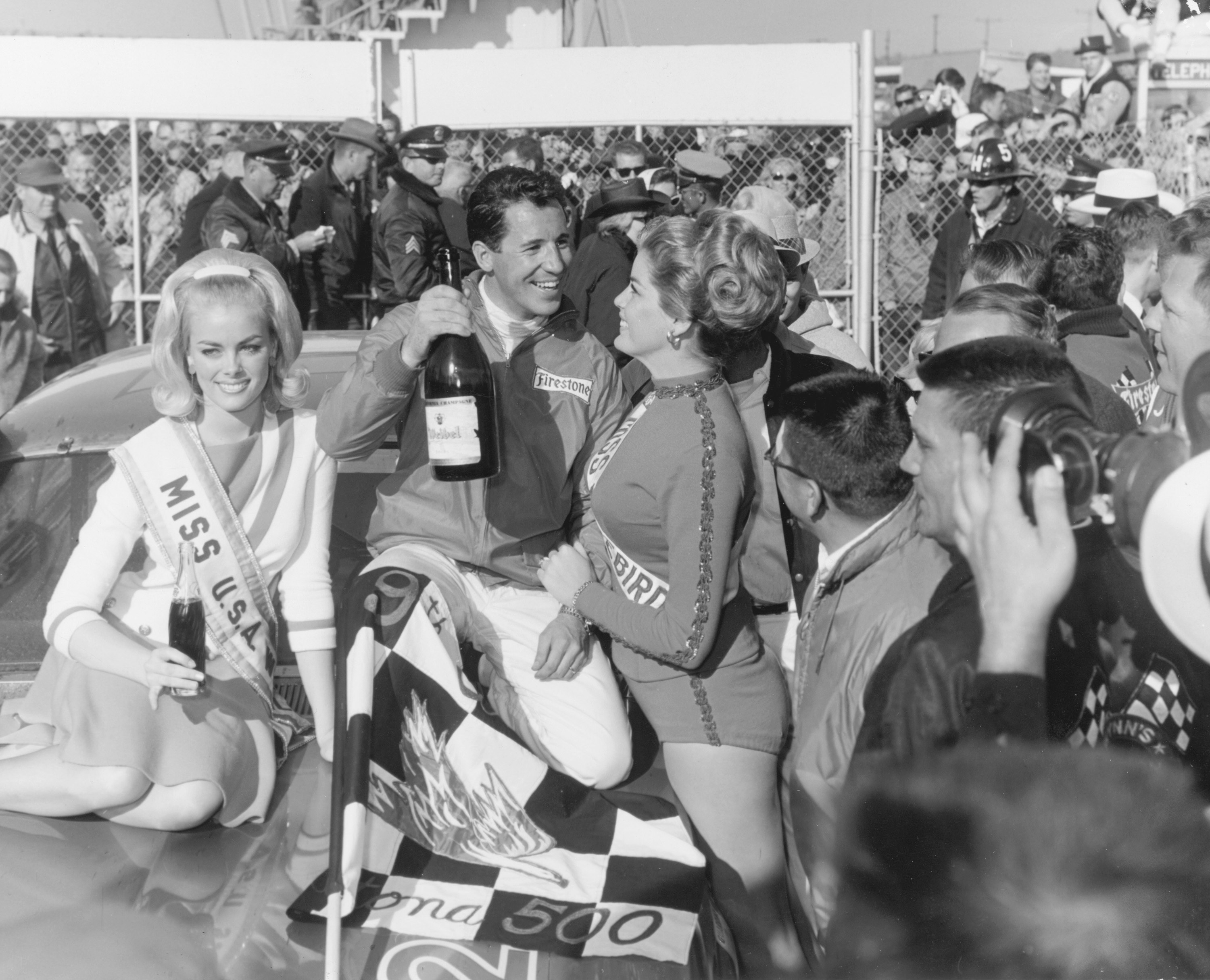