Blessed with once-in-a-generation talent and charisma, Jeff Gordon helped take NASCAR from a regional sport to the mainstream.

Gordon took NASCAR by storm in the 1990s, becoming the youngest driver in the modern era to win a premier series title as a 24-year-old in 1995.

Gordon is a three-time Daytona 500 champion and won the Brickyard 400 a record five times. Charismatic and gifted in front of the camera, he developed one of the sport’s fiercest rivalries with Dale Earnhardt. The confident, youthful Californian served as the foil to the wily, rugged "Intimidator."

Gordon was the first NASCAR driver to host “Saturday Night Live.” He retired from full-time racing as the premier series’ “Iron Man” with a record 797 consecutive starts, and now delivers the sport to its passionate fans as a race analyst for FOX.

At age 13, Jeff Gordon is already racing full-sized sprint cars on tracks across the Midwest, where he will go on to win two United States Auto Club championships. Photo by ISC Archives via Getty Images.

In 1994, Jeff Gordon triumphed in the inaugural Brickyard 400 at Indianapolis Motor Speedway. Here he is seen after winning the race for the fifth time, a record he holds. Photo by Jonathan Moore/NASCAR via Getty Images. 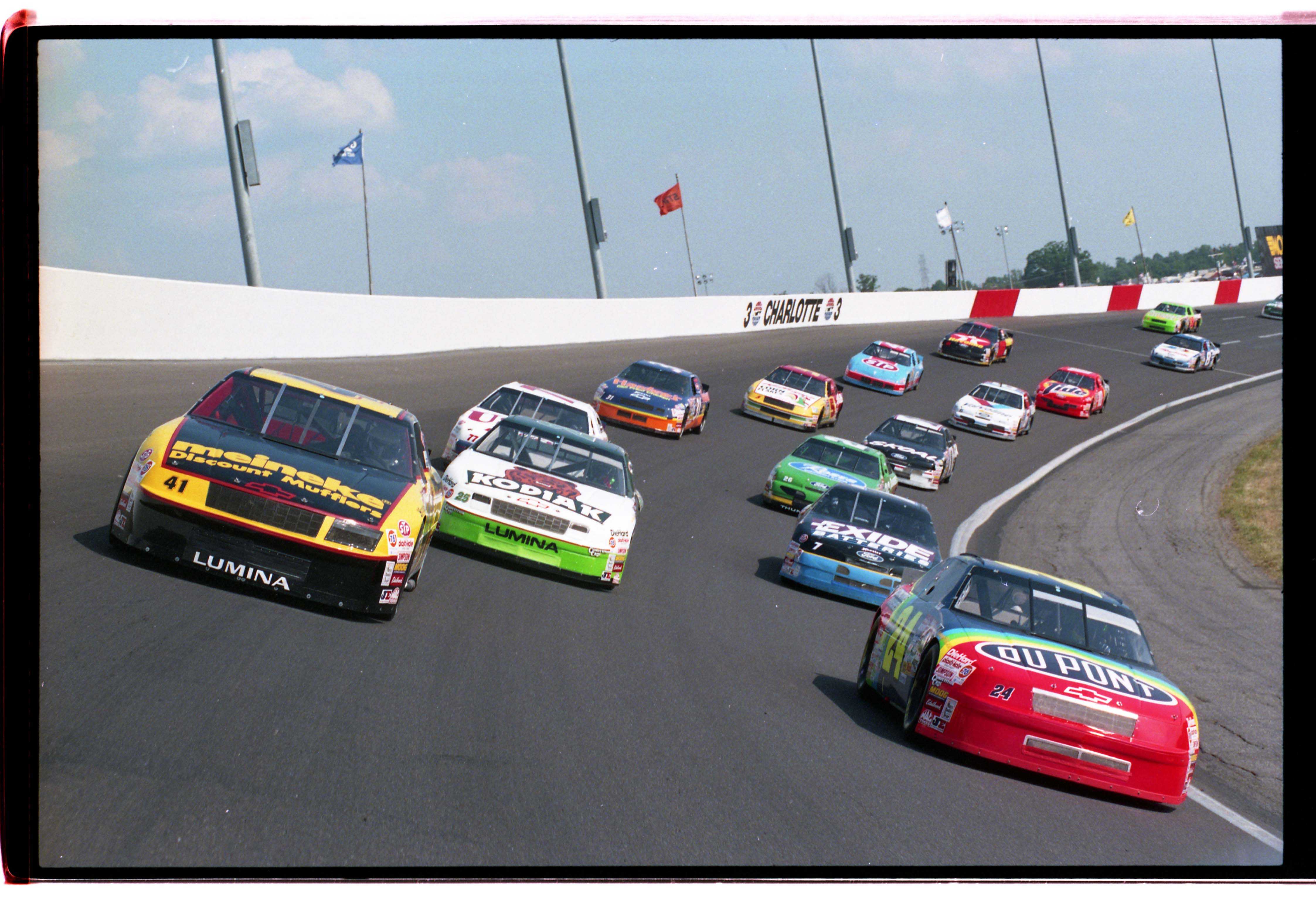 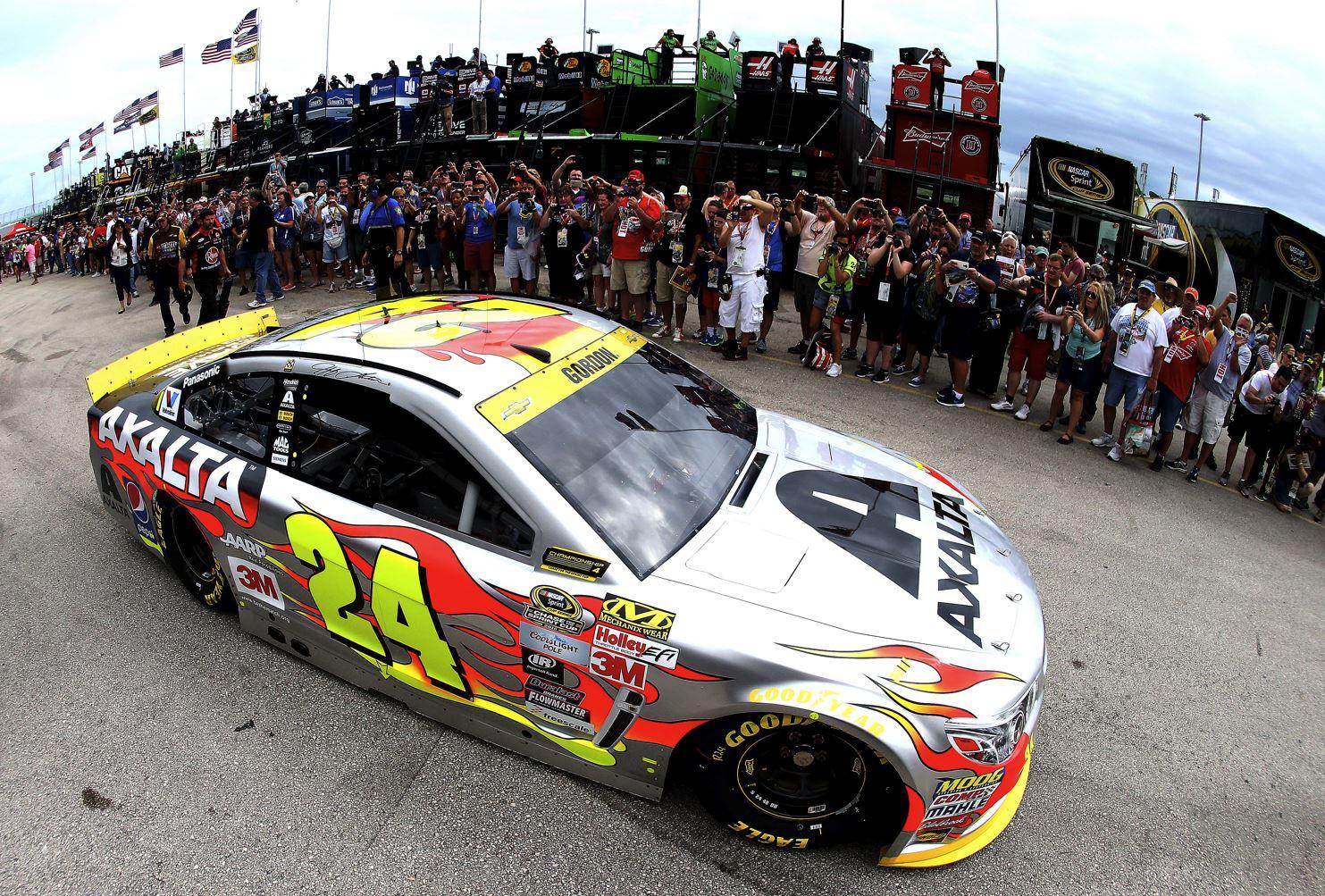 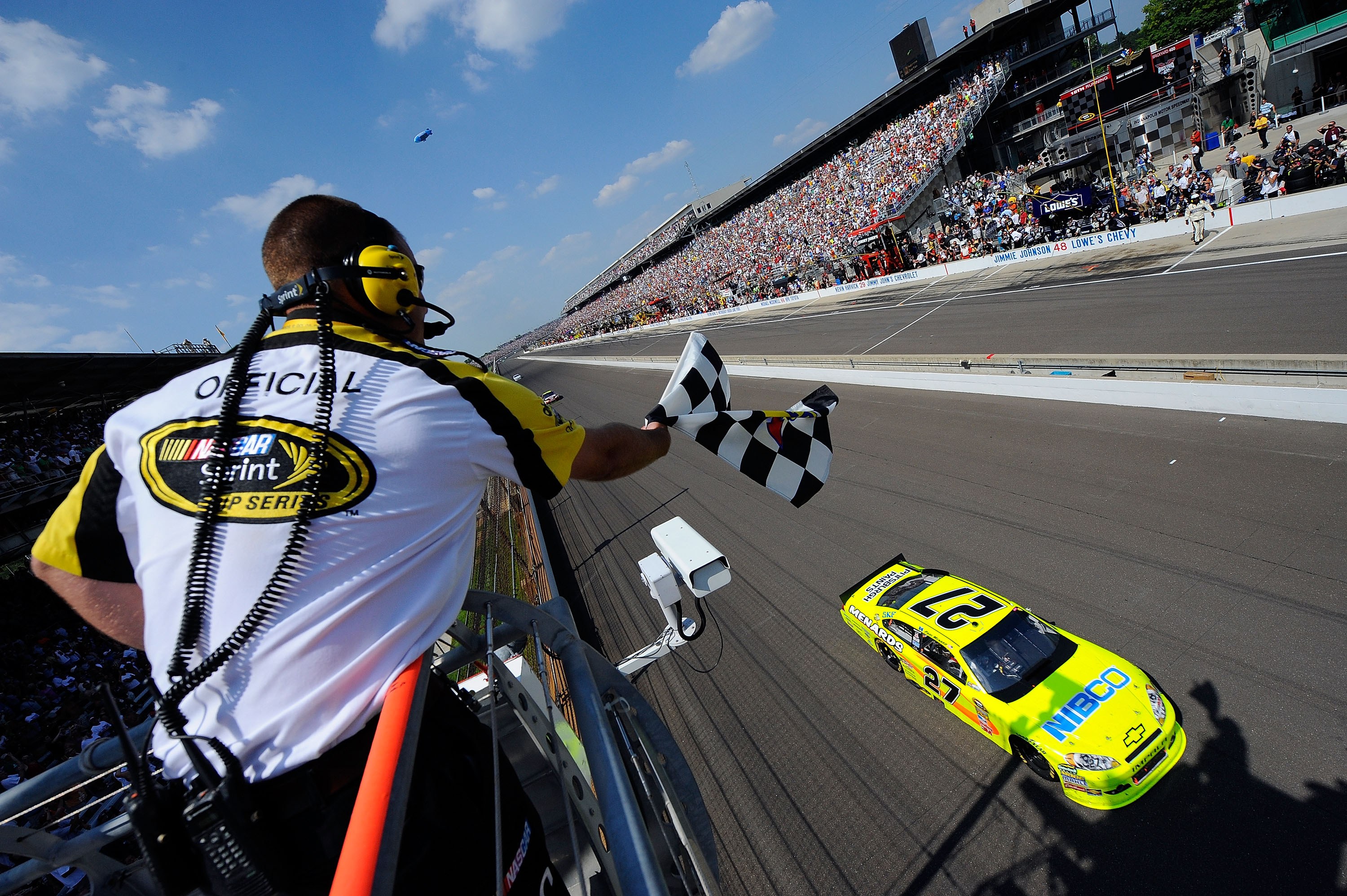 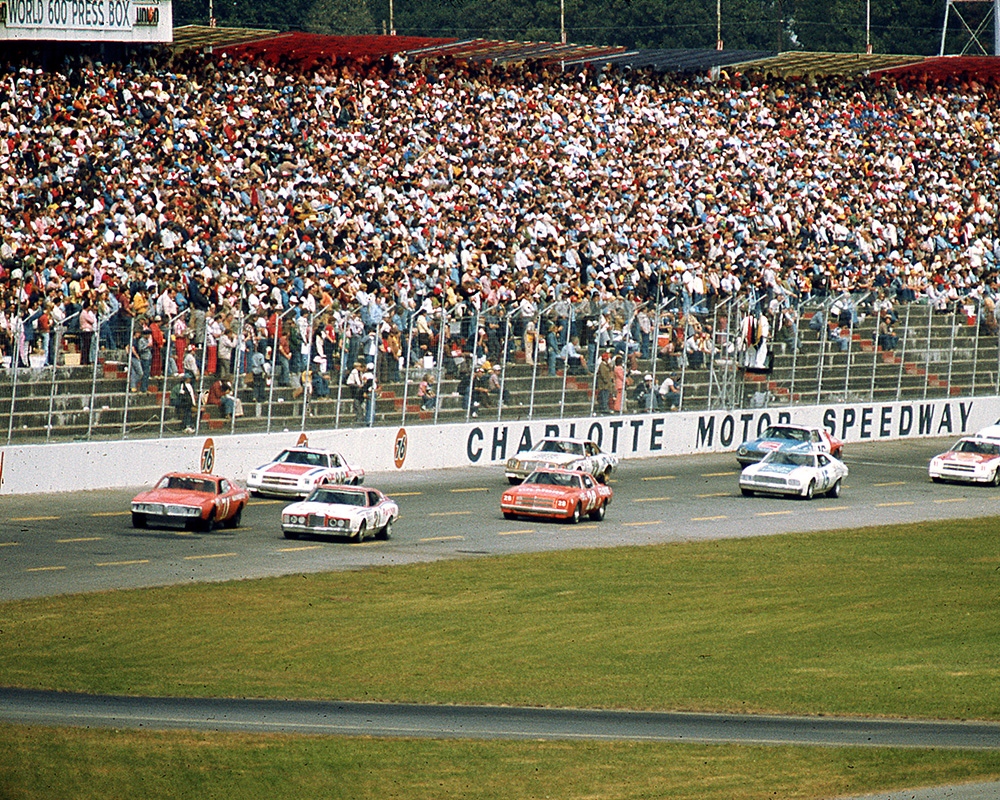