The NASCAR Hall of Fame pays homage to the first 50 inductees with a new Great Hall exhibit detailing the first 10 classes.

There’s a new exhibit in the Great Hall at the NASCAR Hall of Fame.

Titled, “A Legendary Decade: The First 50 Inductees,” the exhibit is a retrospective of the NASCAR pioneers, champions and legends who were inducted into the Hall of Fame from 2010 to 2019. The Class of 2020 – Buddy Baker, Joe Gibbs, Bobby Labonte, Tony Stewart and Waddell Wilson – are honored with displays that can be found in the Hall of Honor.

To recognize the first 50 inductees, the Hall of Fame brought back 10 cars, one from each of the 10 classes that were originally displayed in the Hall of Honor during the year that the individuals were inducted. There are also descriptions and photos of all 50 inductees.

Before he founded NASCAR, William H.G. France a/k/a “Big Bill,” lived in Daytona Beach, where he was a service-station operator, promoter and race-car driver. This 1932 Ford Coupe is typical of the cars France and other young daredevils would race on the hard-packed beach sands prior to World War II. 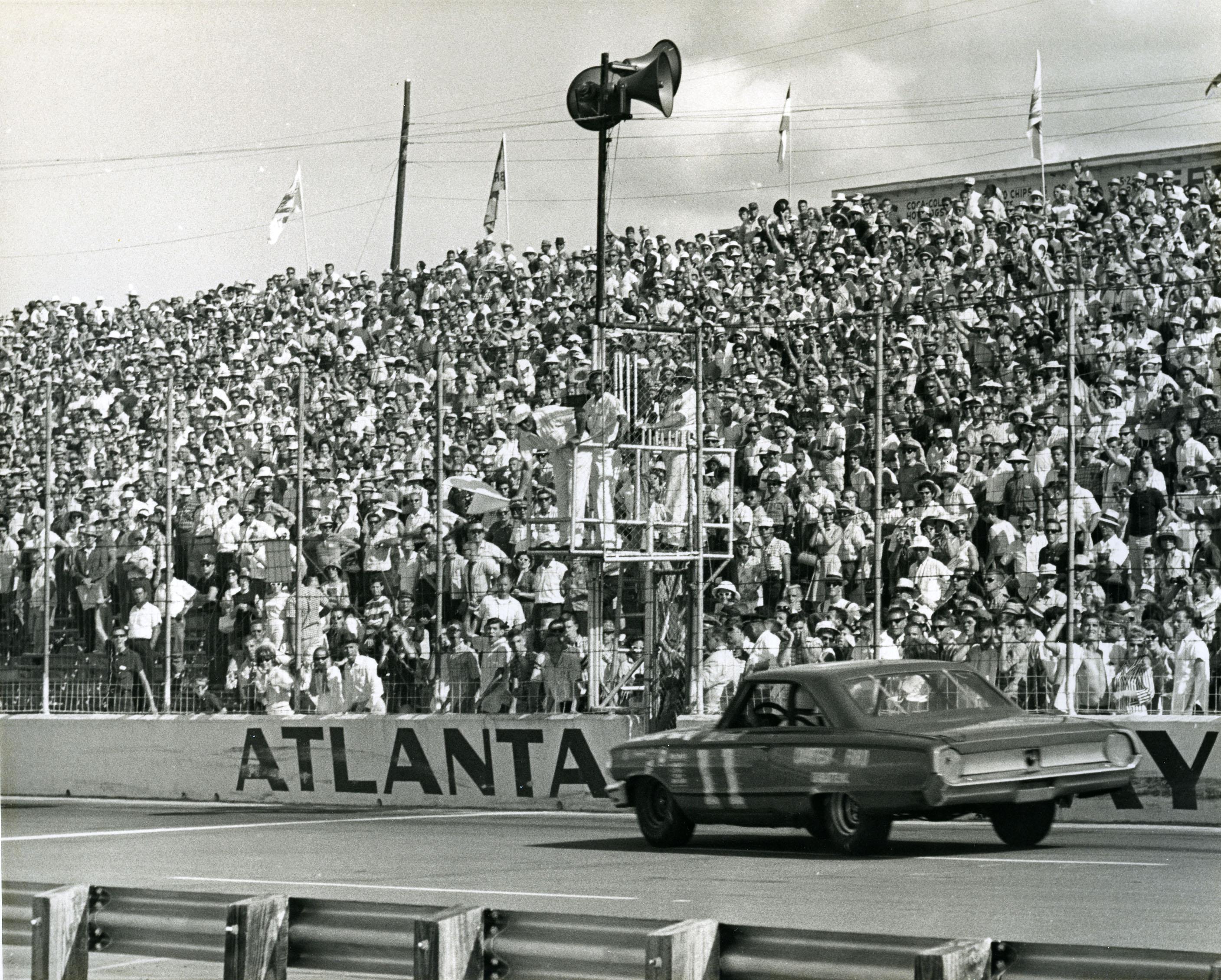 Twenty-eight of Ned Jarrett’s 50 premier series race victories, as well as his second championship came during the 1964 and ’65 seasons, most of which were spent behind the wheel of team owner Bondy Long’s Fords. Jarrett won a career-high 15 races in 1964, taking his second championship a year later. His record 1964 season made this 1964 Ford Galaxie an excellent choice for his Hall of Honor display. 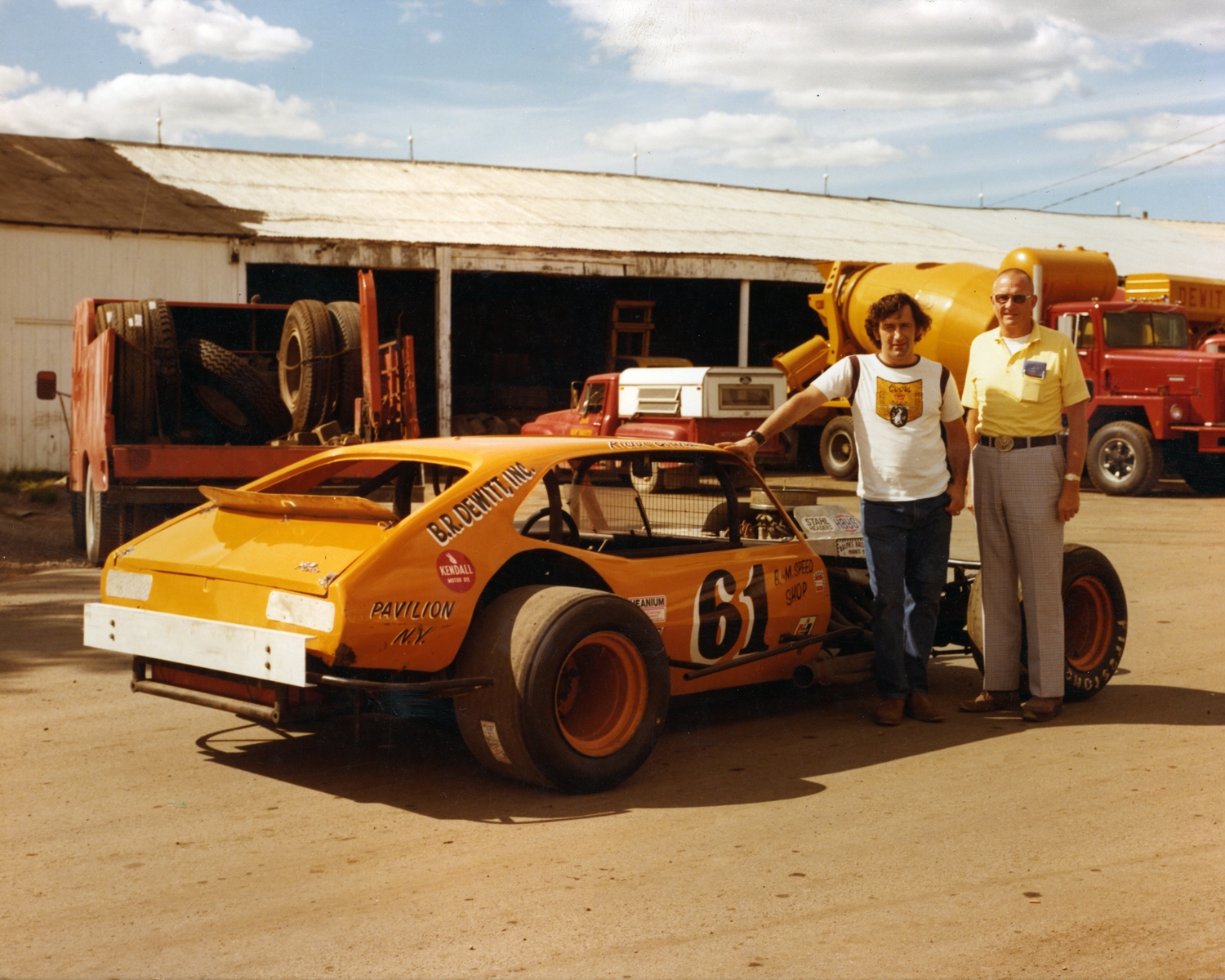 Richie Evans knew what he wanted when creating a car for the highly competitive NASCAR Modified Tour. Evans took a tubular frame, added a big-block 427-cubic-inch Chevrolet engine, four-speed transmission and skeletal bodywork from a 1973 Ford Pinto to create an almost unbeatable combination, and a perfect choice for his Hall of Honor display. So dominant was the nine-time NASCAR champion that his No. 61 Modified is the only number ever retired in any NASCAR division. 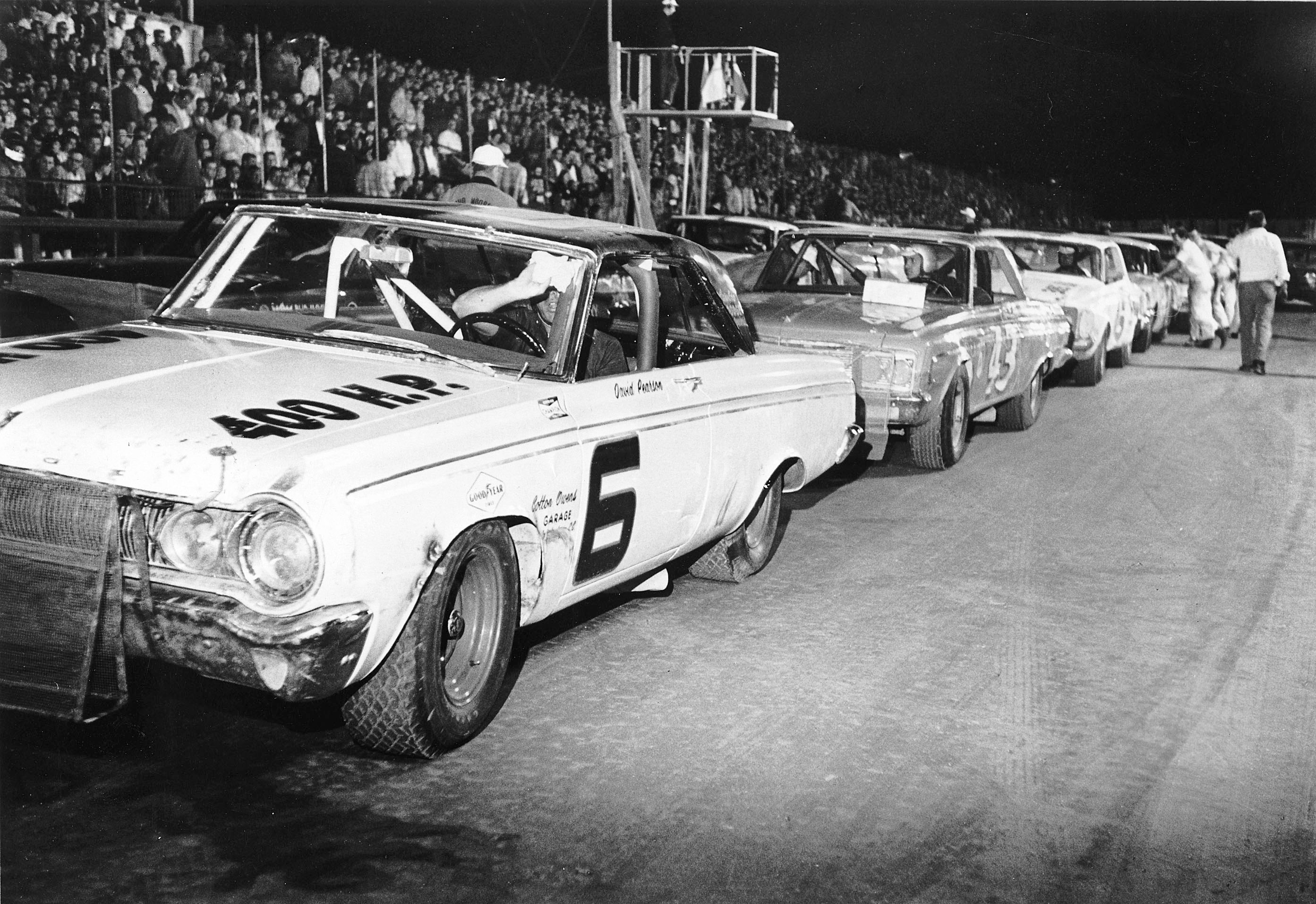 Cotton Owens began his career as a driver in NASCAR’s Modified Division and premier series before focusing his attention on being a team owner in the 1960s. A technical wizard, he was brought on to lead Chrysler Corporation’s factory NASCAR team. A master at squeezing power from their 426-cubic-inch Hemi engine this car powered David Pearson (2011) to seven of his eight premier series race victories during the 1964 season. 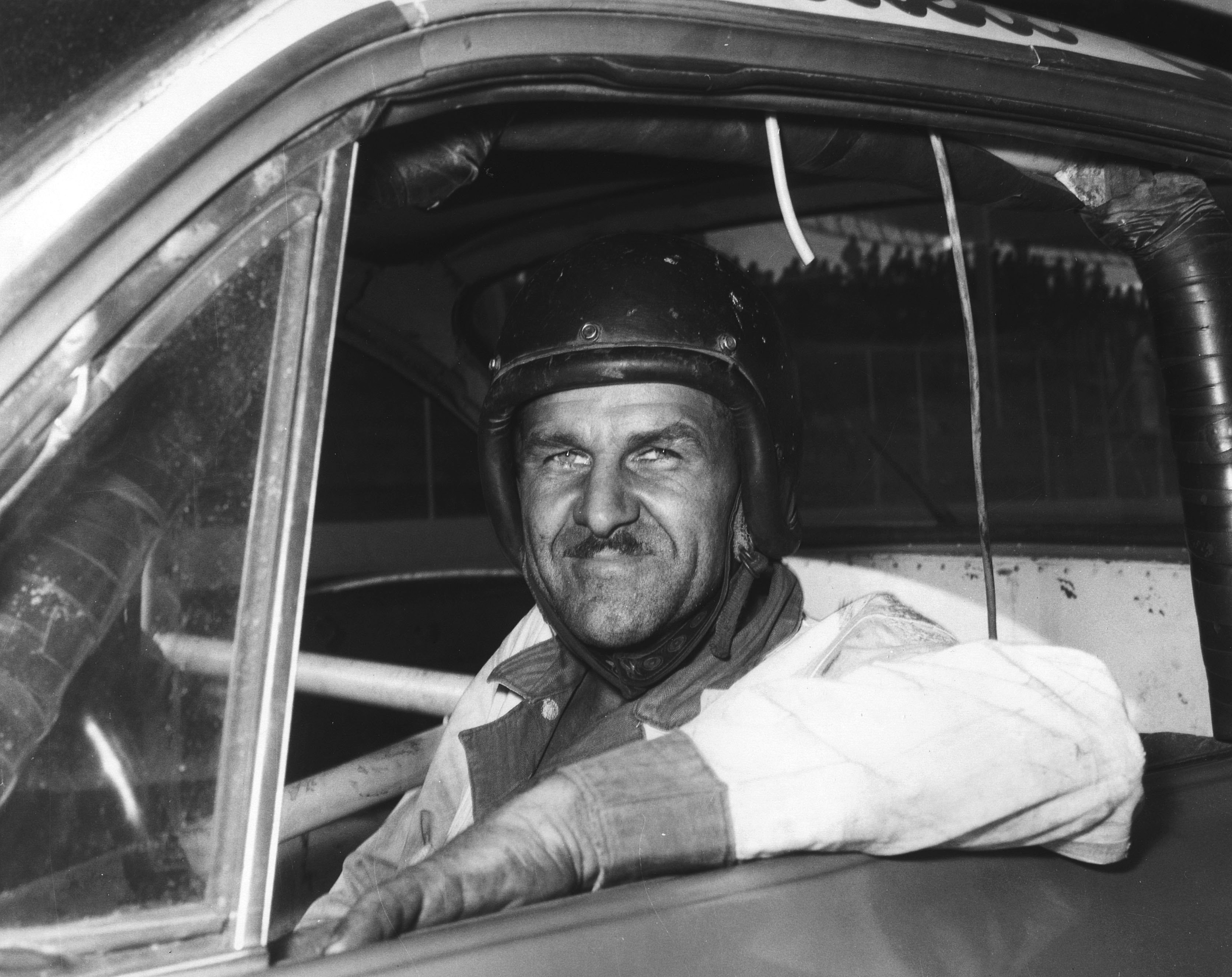 For virtually all of his career, Wendell Scott ran on a shoestring budget, often buying used race cars, or building his own, as is the case with this 1962 Chevrolet Impala, which was aptly decaled with “Mechanic: Me” on the front fenders. This was the last car Scott himself built and a replica of the car he won his lone premier series race with. It was also featured in the film, “Greased Lightning,” which was loosely based on Scott’s life. 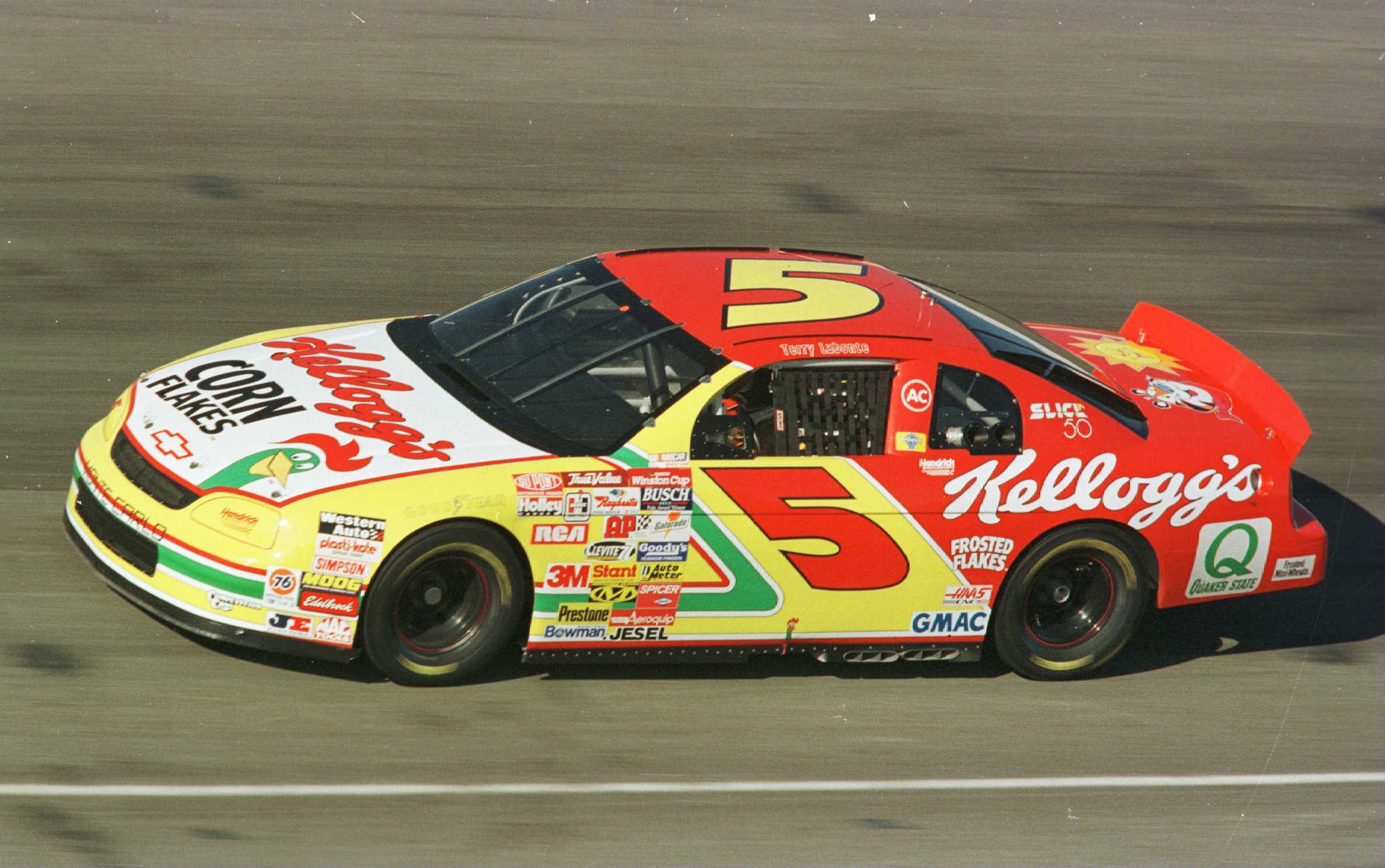 When Chevrolet brought back the Monte Carlo in 1995, it became an immediate hit, winning four consecutive championships for team owner Rick Hendrick (2017) from 1995 to 1998. Terry Labonte captured the ’96 crown in this iconic Kellogg’s sponsored No. 5 Hendrick Motorsports Chevrolet. Being a championship car, it was a natural to be included in Labonte’s display. 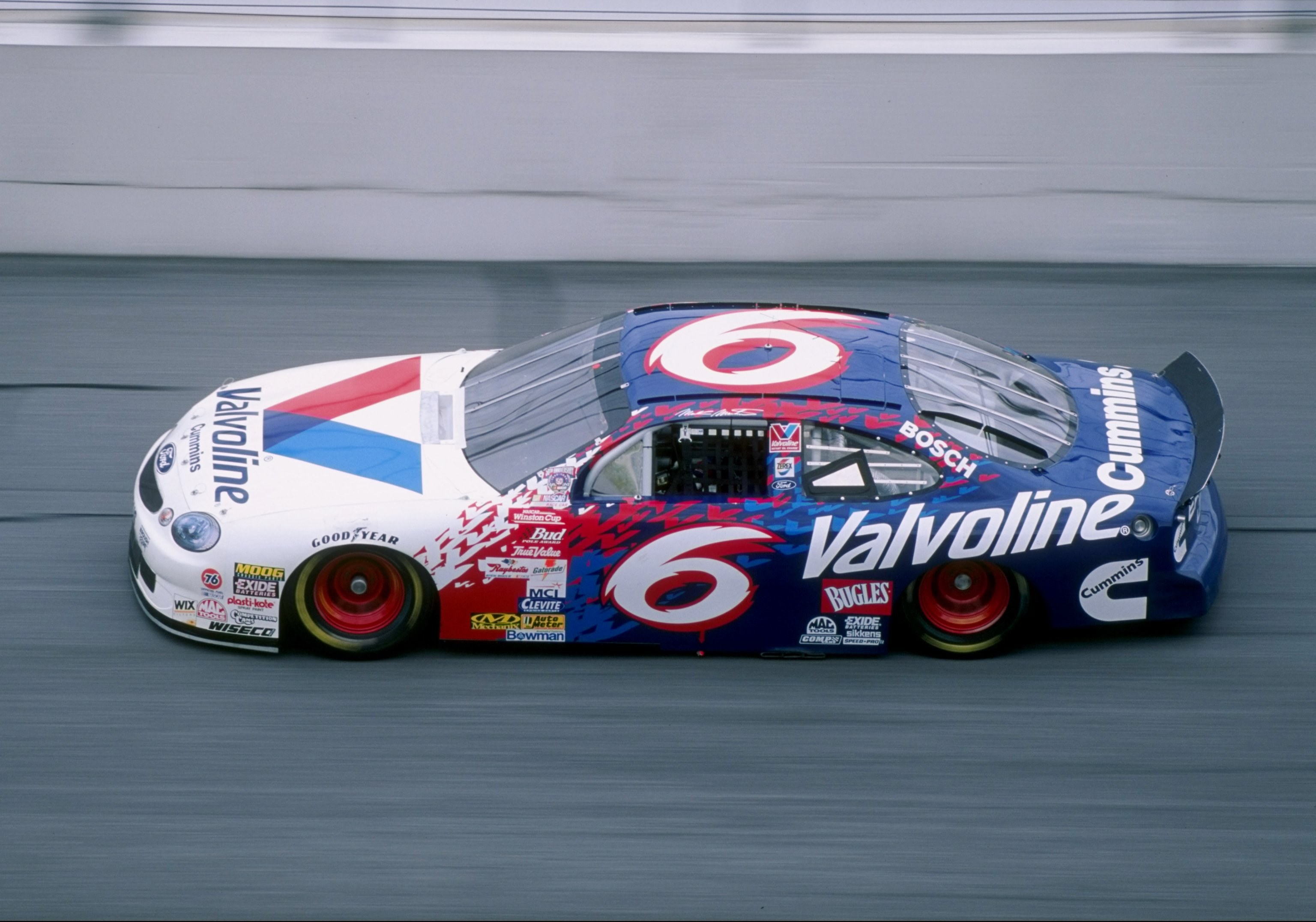 For 1998, Ford Motor Co. retired its venerable Thunderbird sport coupe and replaced it with the Taurus four-door sedan, which was cleverly disguised to look like a coupe. Mark Martin used it to good advantage, earning career single-season bests, with seven race wins and 22 top-five finishes, including a victory in NASCAR’s first visit to Las Vegas Motor Speedway. 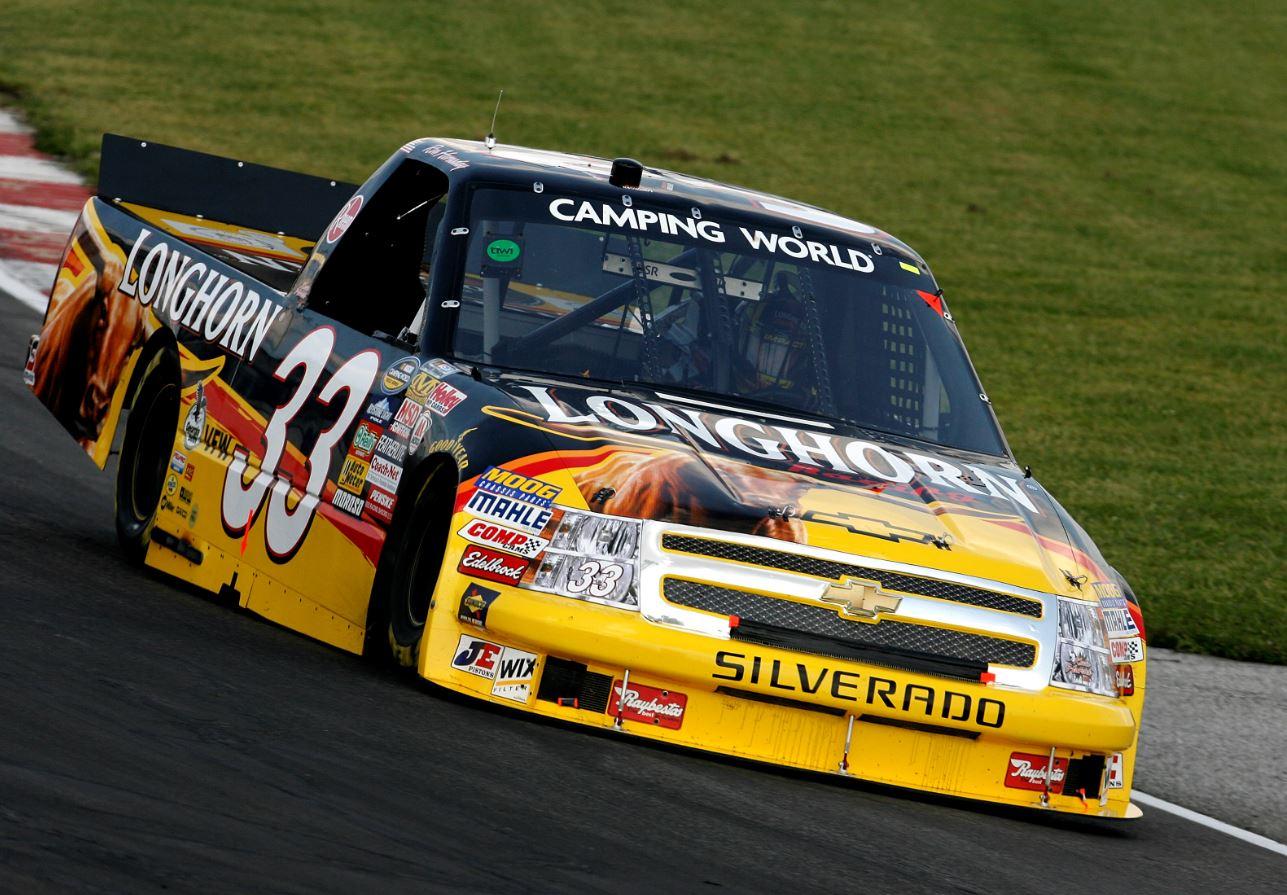 All four of Ron Hornaday Jr.’s NASCAR Camping World Truck Series championships came behind the wheel of Chevrolet Silverados, the first two driving for Dale Earnhardt Inc. and the second two, including the 2009 title, in trucks owned by Kevin Harvick Inc. Including his fourth championship truck in the Hall of Honor was an excellent choice by Hornaday. 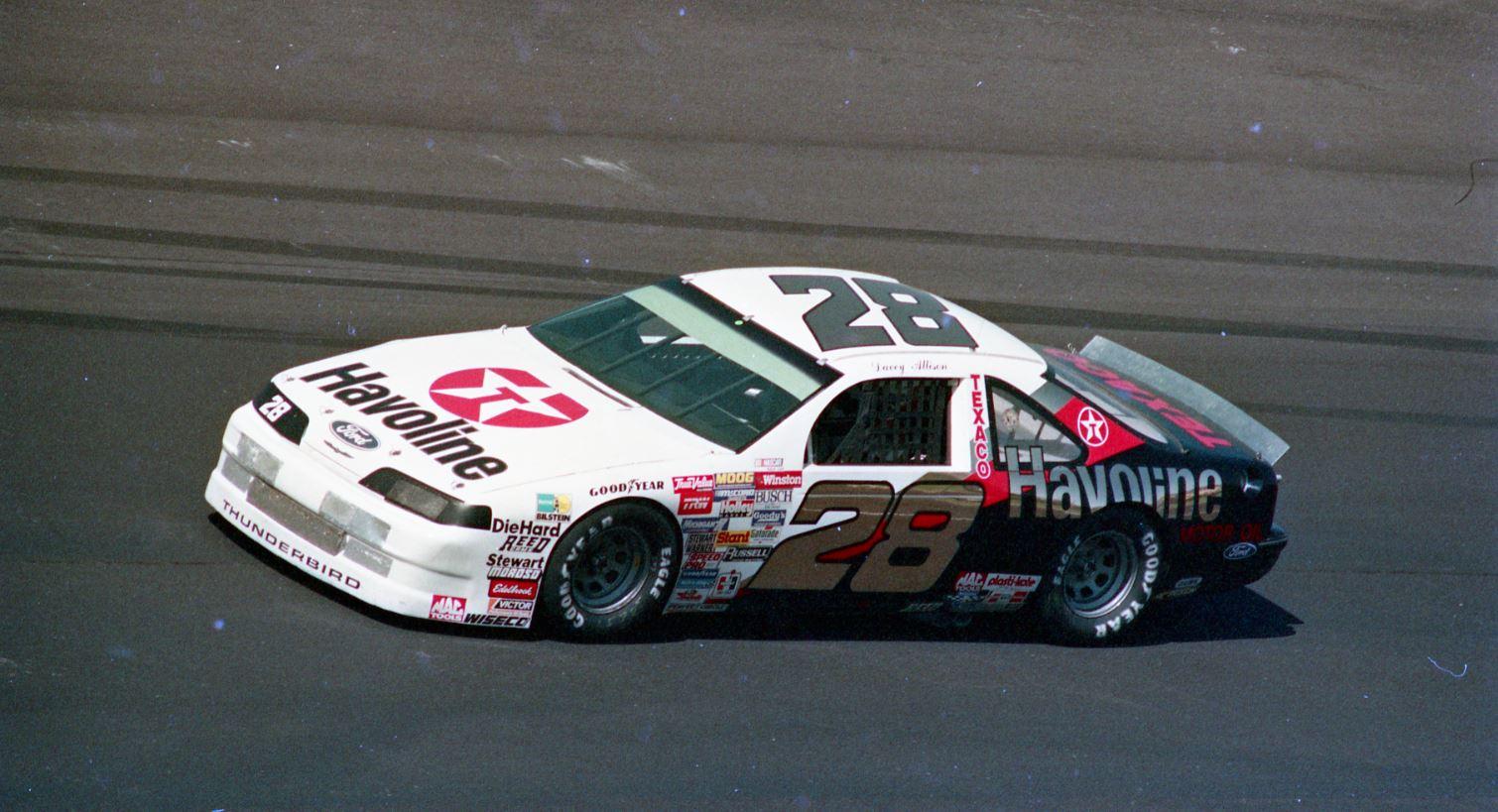 For the third consecutive year, Davey Allison won a pair of races in 1989, scoring victories at Talladega Superspeedway in the spring and at Daytona International Speedway in early July, both in Ford Thunderbirds with engines built by team owner Robert Yates (2018) and his son, Doug.