Heritage Speedway has been updated with more than 30 new artifacts, including Bill Blair's trophy from his Daytona Beach & Road Course triumph in 1953 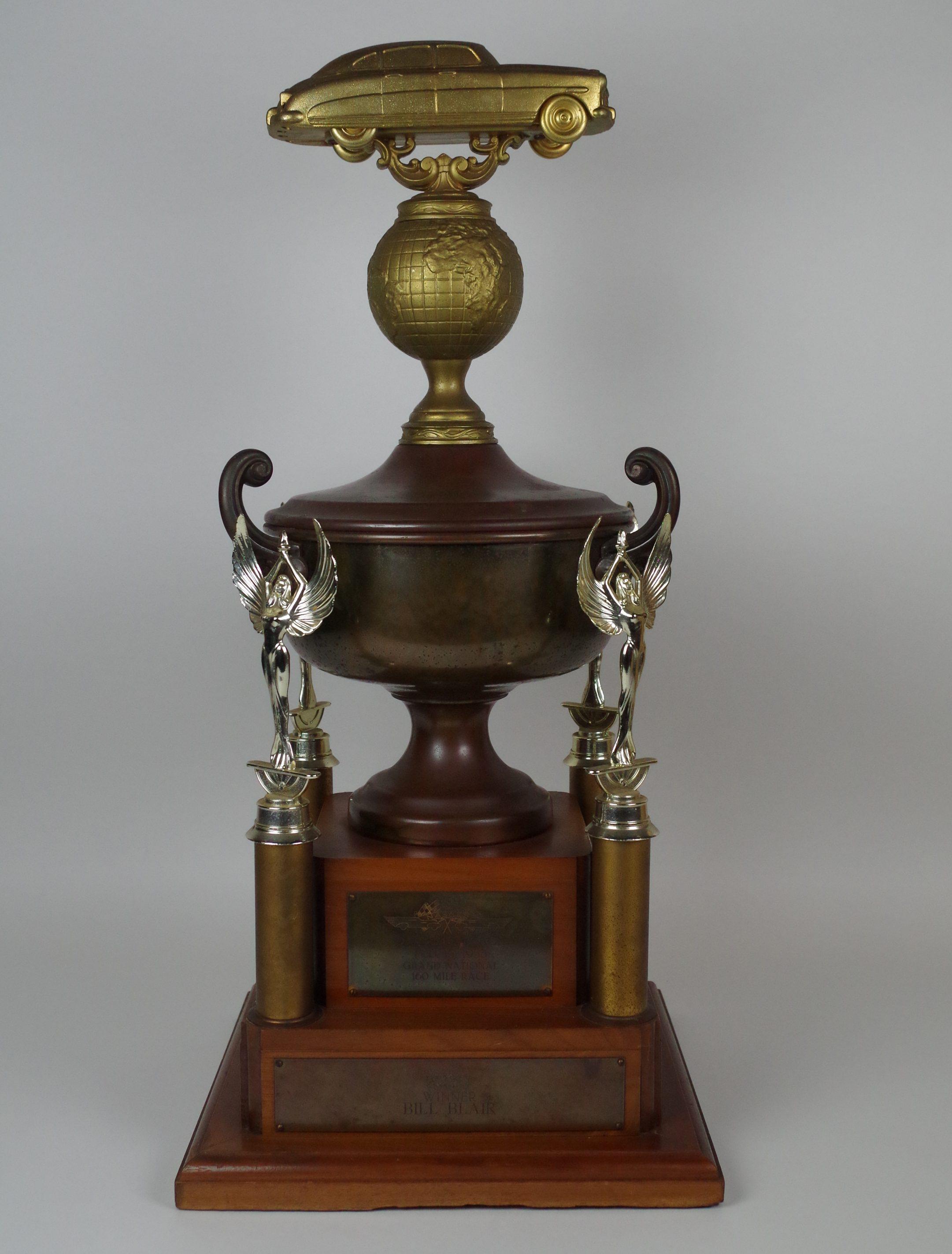 At the NASCAR Hall of Fame, we tell stories that showcase the history and heritage of the sport we love.

We tell stories with photos, with text, with historic race cars and, yes, even with blog posts.

Of all the various media available to us, the most important devices for storytelling are artifacts from specific moments in time. Artifacts come in many forms, including old uniforms, checkered flags, helmets, race reports, NASCAR documents, trophies and much more.

Heritage Speedway, on the fourth floor of the Hall of Fame, is home to more than 300 artifacts of all shapes and sizes. Thanks to the generosity of our lenders and donors, we were able to refresh the cases with some three dozen new artifacts that have never before been seen in the building.

One particularly compelling artifact is Bill Blair’s trophy that he received for winning the premier series race on the old Daytona Beach & Road Course on February 15, 1953. Driving his own Halifax Motors-sponsored Oldsmobile, Blair passed Fonty Flock on the 39th and final lap to take the victory in the second race of the 37-race season. 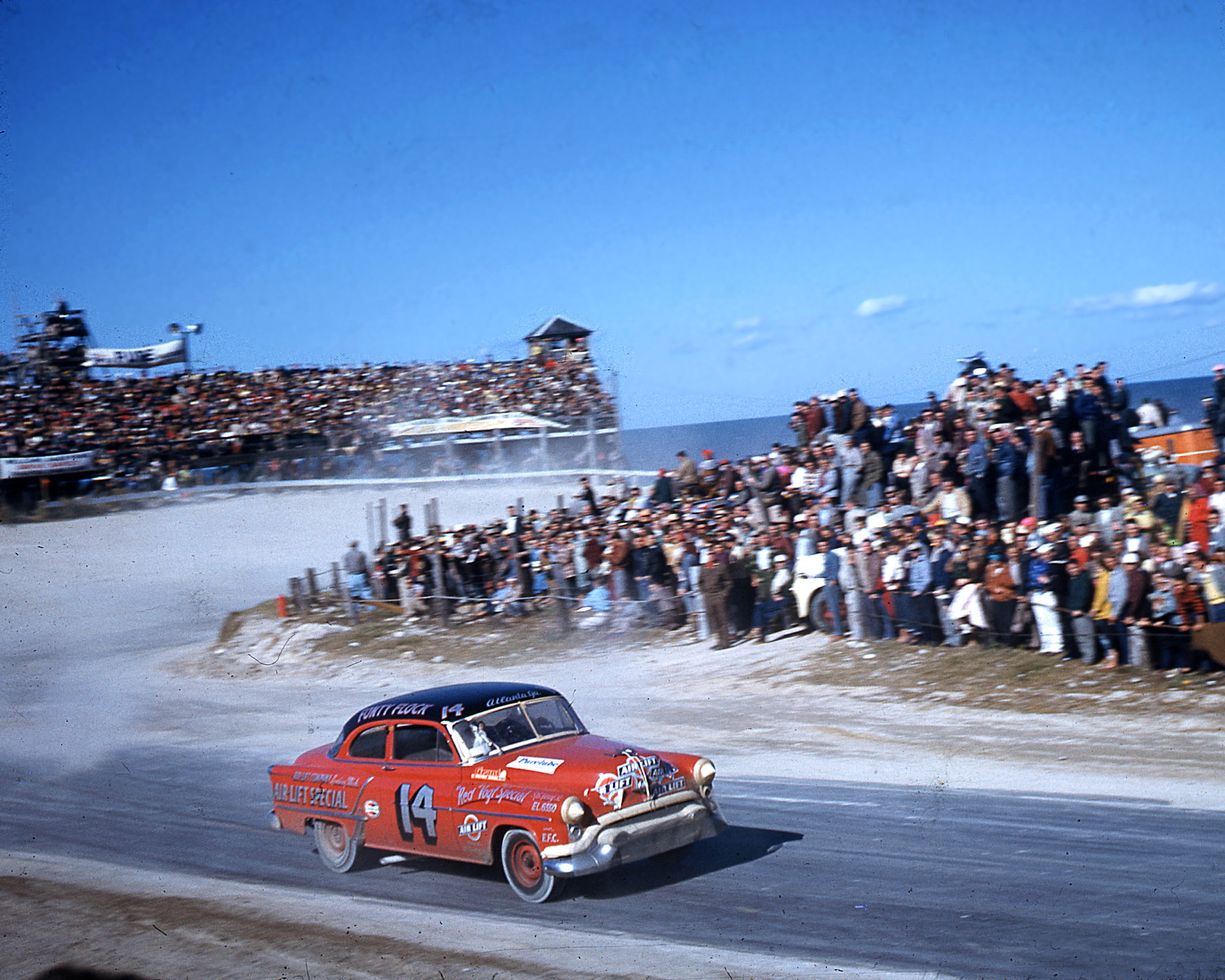 Blair qualified sixth and led only the last lap, but that’s the one that counts. For defeating the 57-car field, Blair earned $1,500. The race winner averaged 89.789 miles per hour on the 4.1-mile course, which ran down Atlantic Avenue and then back up the hard-packed Daytona Beach sands.

Although he drove an Oldsmobile to victory, Blair’s trophy was topped by a Hudson, which gives it a unique appearance.

The NASCAR Hall of Fame would like to thank Bill Blair Jr. for lending us his father’s trophy. Bill Blair Jr. also contributed many of the artifacts used in our 2018 Great Hall exhibit: “1948: Proving Grounds.” We are extremely grateful for friends like the Blair family who both made NASCAR history and help us tell those stories today. 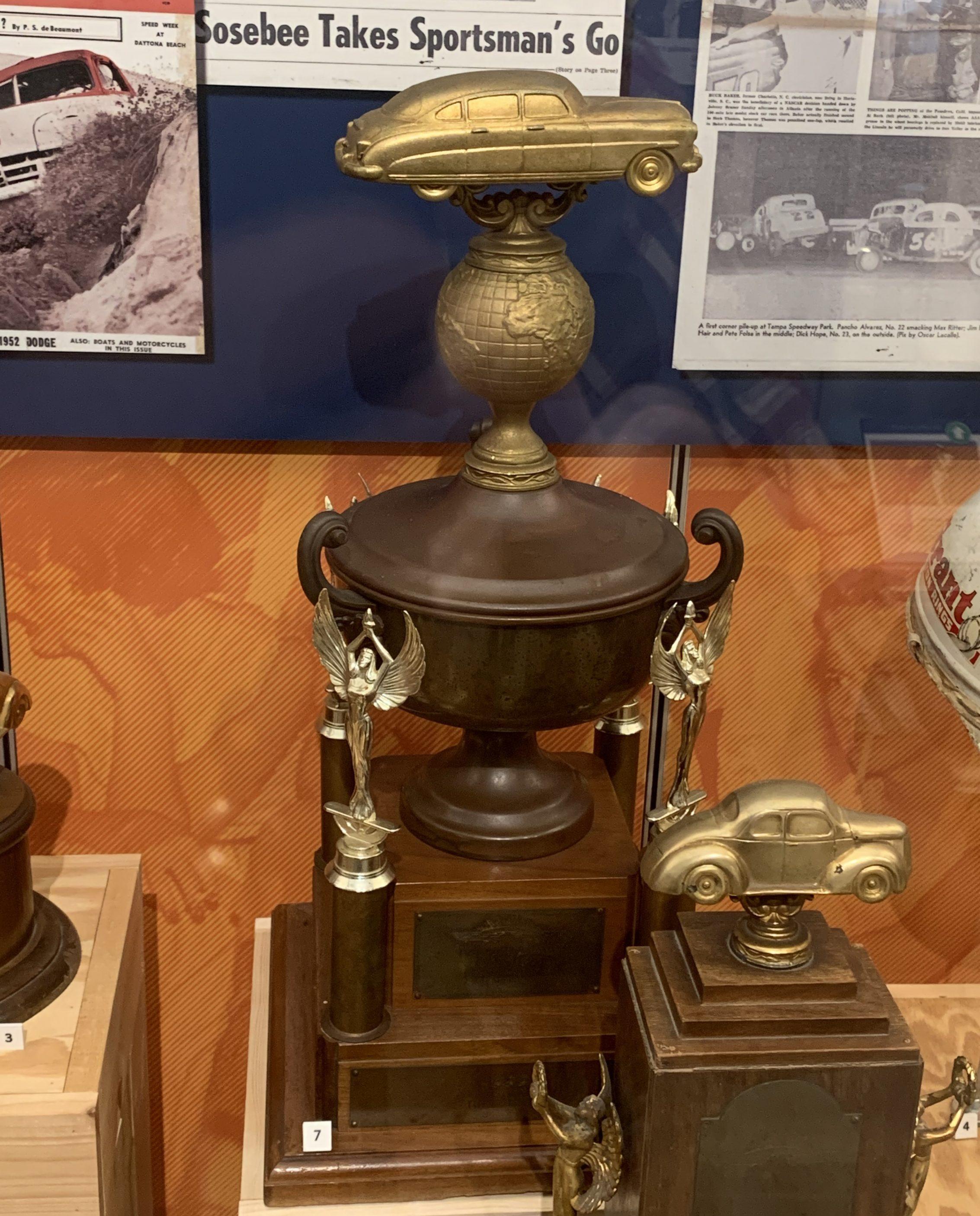