NASCAR founder and Hall of Famer William H.G. France (2010) did a lot of things right in building the sanctioning body. One of the key strengths of the man known to all as “Big Bill” was his tireless willingness to try new things.

Over the years, France experimented with numerous classes of race cars. There was a NASCAR Roadster Division for open-top jalopies in the sanctioning body’s first season of 1948 and a Speedway Division in the early 1950s that featured “big cars” – the type of open-wheelers raced at Indianapolis and other tracks – mated to passenger-car engines instead of purpose-built racing engines.

And then there was the Cannonball Compact Car Division, which France launched at Daytona International Speedway in January 1960. 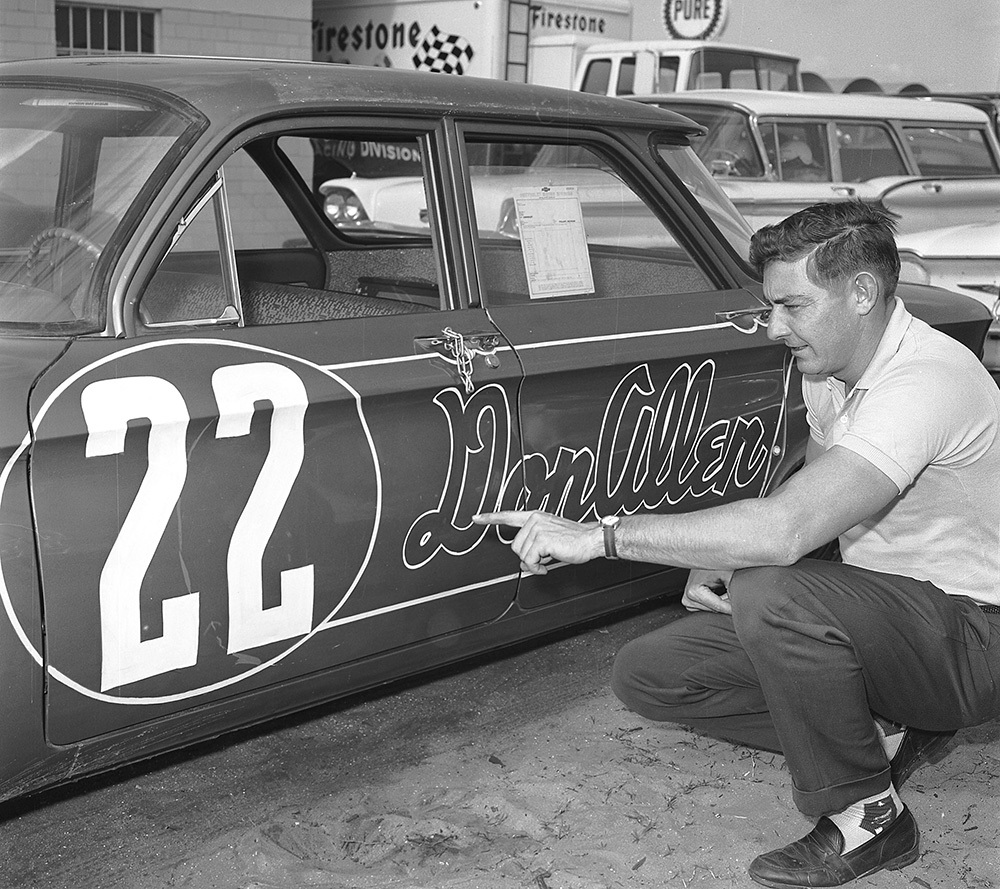 The Chevrolet Corvair Fireball Roberts raced at Daytona in 1960 was completely stock and still had the window sticker from Don Allen Chevrolet in Miami. Photo courtesy of NASCAR Archives & Research Center via Getty Images

France was brilliantly attuned to the U.S. auto industry and when Detroit’s Big 3 automakers starting offering compact cars for the first time, France and NASCAR were there to get them on track. And so the new smaller cars - the Chevrolet Corvair, Plymouth Valiant and Ford Falcon – could be showcased at NASCAR’s largest and most prestigious track, which in early 1960 was less than a year old.

To launch the Cannonball Compact Car Division, France came up with an audacious plan: There would be two races, the first was 10 laps around the 3.81-mile Daytona road course and the second a 20-lapper around the high-banked 2.5-mile oval.

But there was a twist – when the cars were on the road course they would race in the opposite direction that they raced on the oval. 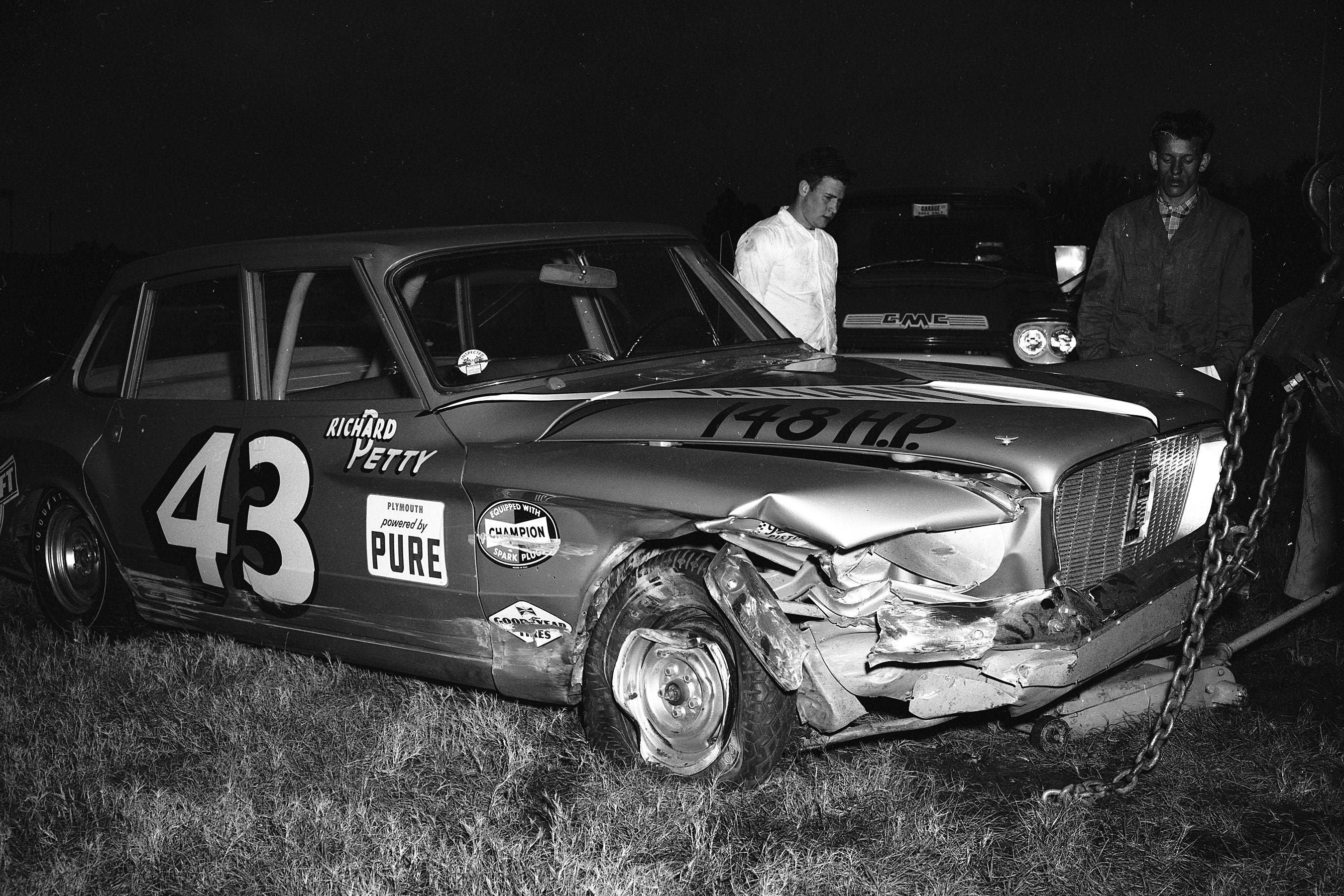 Richard Petty and Curtis Turner crashed on the first lap of the first compact race in 1960. Petty never ran in the series again. Photo courtesy of NASCAR Archives & Research Center via Getty Images

To put on a show of this magnitude required star drivers, and France had plenty of them, too. The road race included Hall of Famers Lee Petty (2011), Richard Petty (2010), Joe Weatherly (2015), Curtis Turner (2016) and Fireball Roberts (2014). Also among the 28 drivers in the field were well-known racer and automotive journalist Denise McCluggage and brothers Pedro and Ricardo Rodriguez, two racing heroes in their native Mexico.

Along with the Big 3 automakers, racers showed up at Daytona with a variety of foreign and domestic automakers from the likes of Volvo, Simca, Morris and Studebaker. Some of the cars were all stock and others close to it. Chrysler Corp., the parent company of Plymouth, offered the most factory support of any of the Big 3 automakers, making high-performance engine parts available to those who raced Plymouths.

Otherwise modifications were minimal. There were no roll cages, no aerodynamic body work or trick suspension packages. Most people simply showed up and raced.

The road-course race was won by Marvin Panch, as all of the top seven finishers drove Plymouth Valiants. Among the established NASCAR stars, the best finisher was Lee Petty, who came home sixth in his four-door Valiant.

Panch doubled down at Daytona, taking the victory in the 20-lap oval race over a pair of Valiants driven by Roy Schecter and Larry Frank, followed by the Fords of Weatherly and Turner. 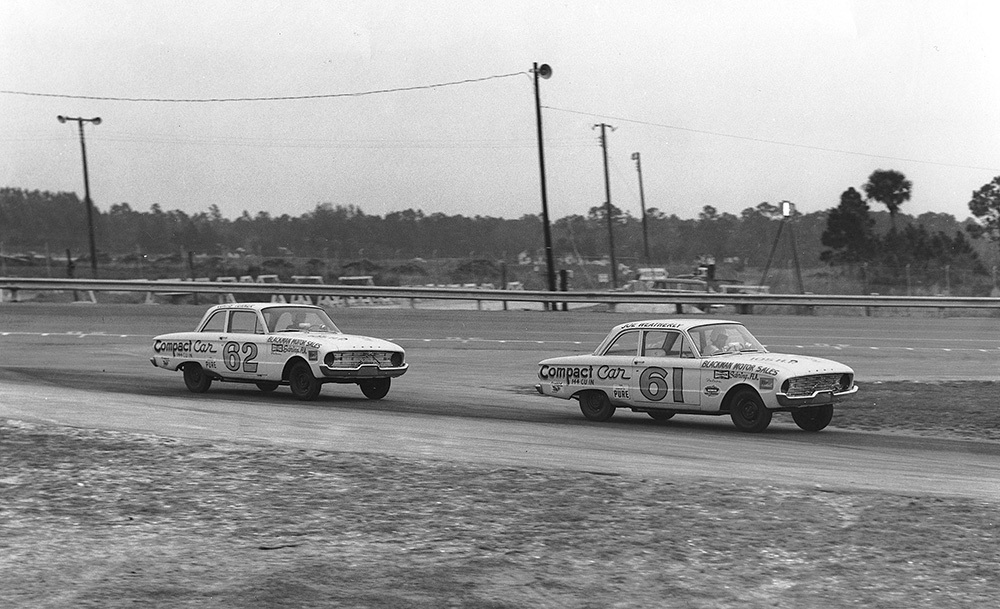 In winning on the high-banked oval, Panch averaged more than 122 mph, an impressive number given that he was driving a four-door sedan powered by a six-cylinder engine and with a body about as aerodynamic as a brick. After all, these cars were designed to be inexpensive, basic transportation, and not to race around high-banked superspeedways. 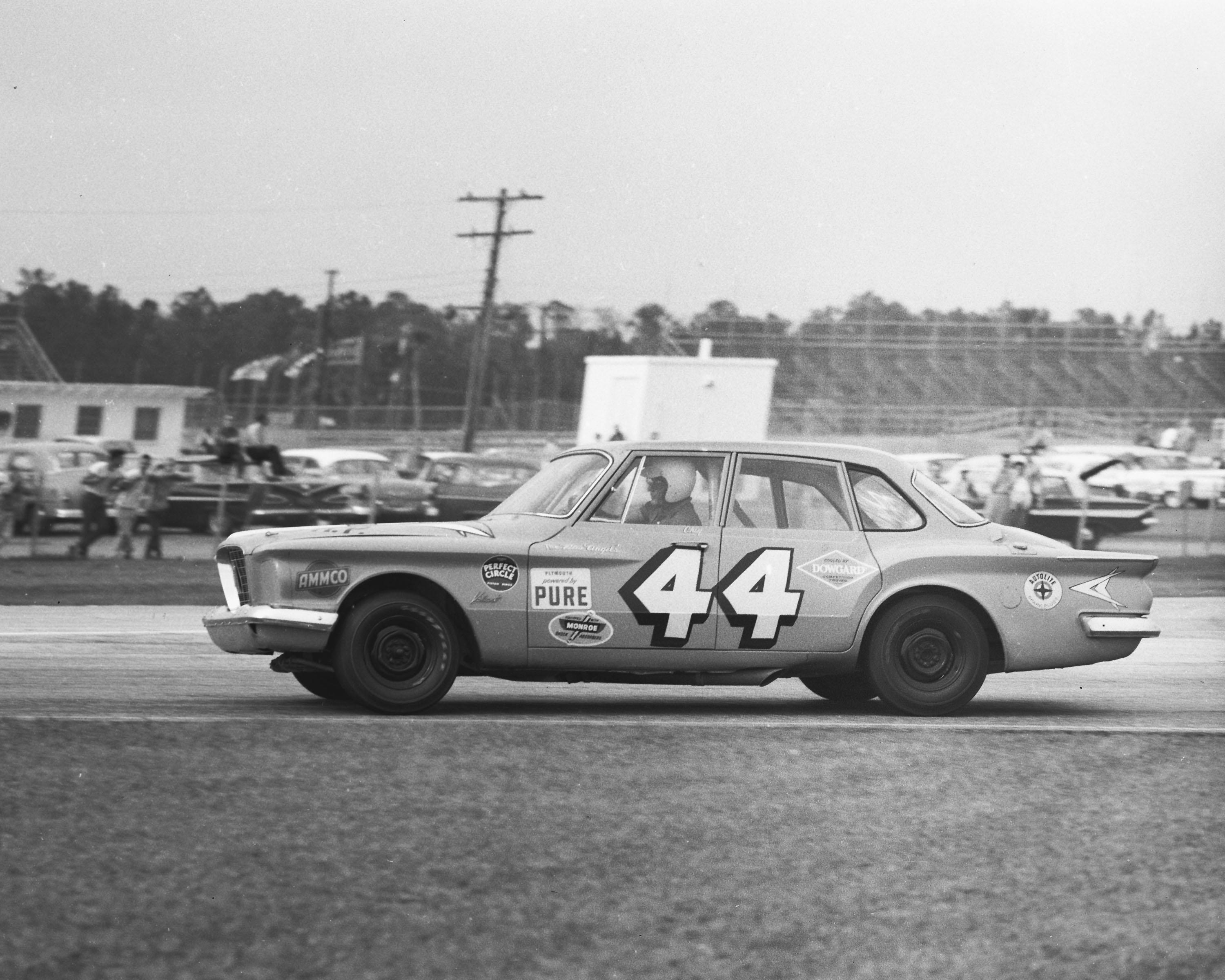 A year later, Daytona hosted one last Cannonball Compact race, a 49-lapper on the road course won by Lee Petty ahead of Roberts and Tim Flock (2014).

And that was it.

France was a genius at trying new ideas, and just as importantly, he knew when to walk away when a plan had run its course, which is exactly what happened with the Cannonball Compact Division. It was a success in its brief history and then it was gone.