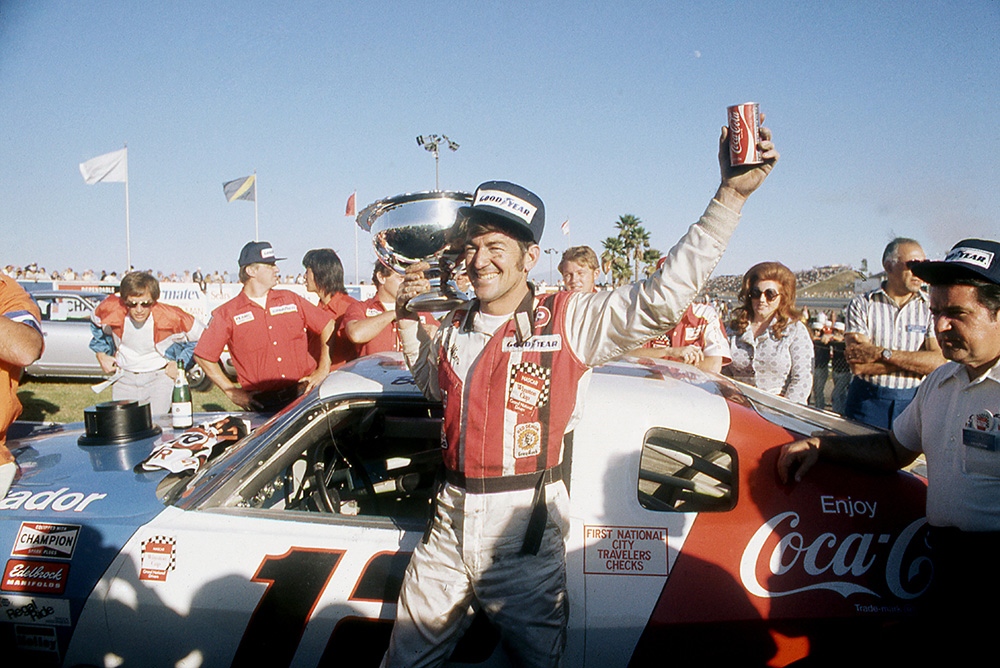 It takes an awful lot of things to go right for a driver to win a NASCAR race; after all, in a field of 40 or so cars, there are a lot more ways to lose a race than to win one. That’s why on any given Sunday, there’s only one winner and 39 drivers who go home with varying degrees of anger and frustration.

And even when you win, sometimes things get complicated.

Such was the case in the 1974 Los Angeles Times 500, a NASCAR premier series race at the beautiful Ontario Motor Speedway, a then state-of-the-art Southern California track built to the dimensions of Indianapolis Motor Speedway.

There, a couple of Hall of Famers wound up in Victory Lane, as Bobby Allison (2011) passed A.J. Foyt with 31 laps to go to deliver just the second premier series win and first on an oval for car owner Roger Penske (2019). As Foyt faded to fourth in the closing laps, Allison finished 48 seconds ahead of David Pearson (2011), with Cale Yarborough (2012) third. The top three were the only drivers to finish on the lead lap.

But after the race, the elation for Allison and Penske took a turn for the worse when the AMC motor in the race-winning Matador turned out to have illegal roller valve lifters, instead of the solid lifters mandated by the rules.

The win stood, but Penske’s team was fined $9,100 for using illegal roller valve lifters. Given that the purse for winning was $15,125, it was a big hit.

“Roger shows up with the car, and I show up with a helmet,” Allison said later. “I can’t tell you anything about it because I was on my way home when it was inspected. It appears we were guilty and got caught. We have to suffer the consequences.”

It appears we were guilty and got caught. We have to suffer the consequences.

Second-place finisher Pearson said that Allison should have had the win taken away.

“I’ve got no bones to pick with Allison, but the fact remains that if his car was illegal, it should have been disqualified,” said Pearson. “That’s the way the rules ought to be written.”

The Ontario race wasn’t NASCAR’s first rules controversy and it certainly wasn’t its last. Nor was it the first or last time one star would point a finger at another star and his team.

The rest of this week in NASCAR: 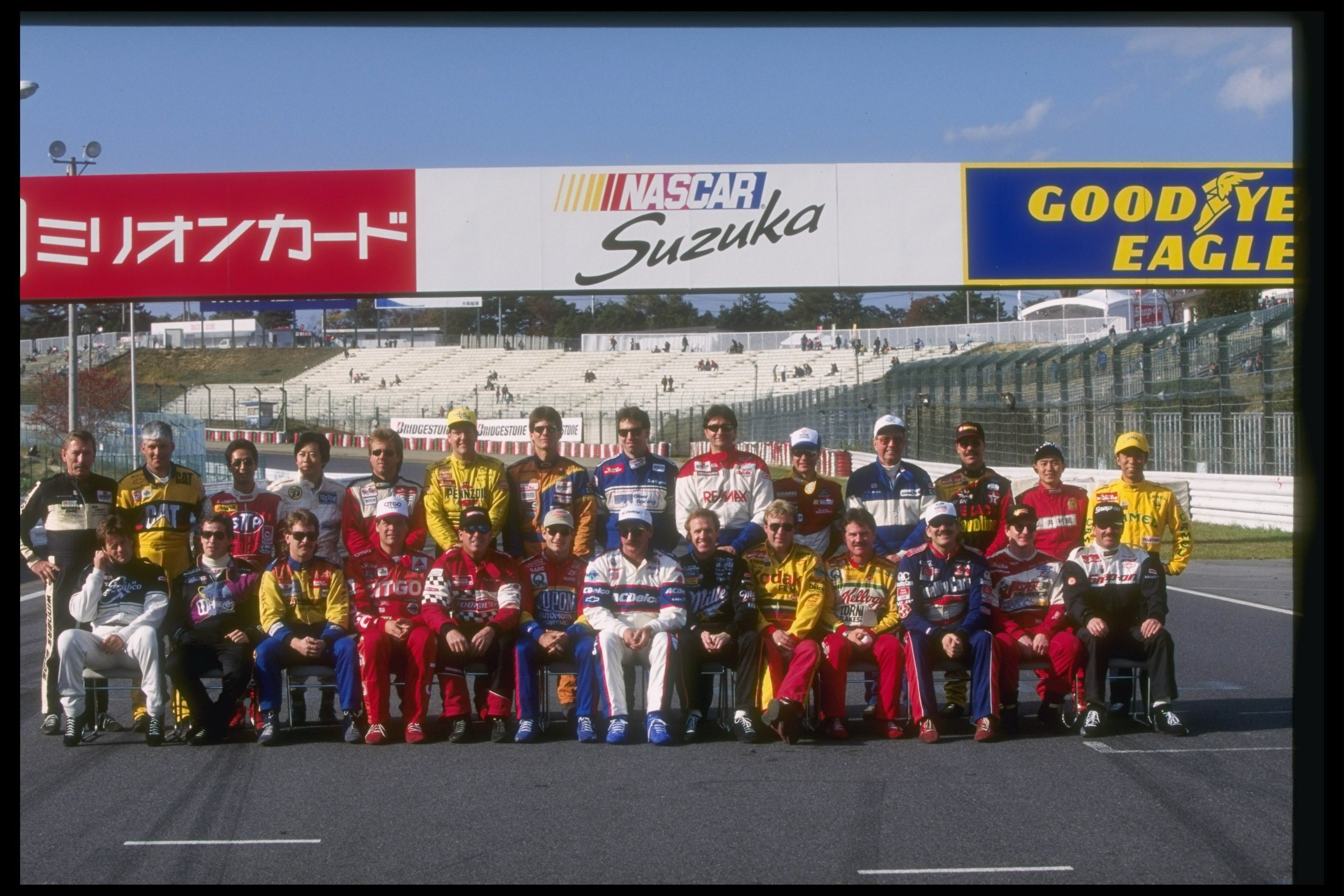 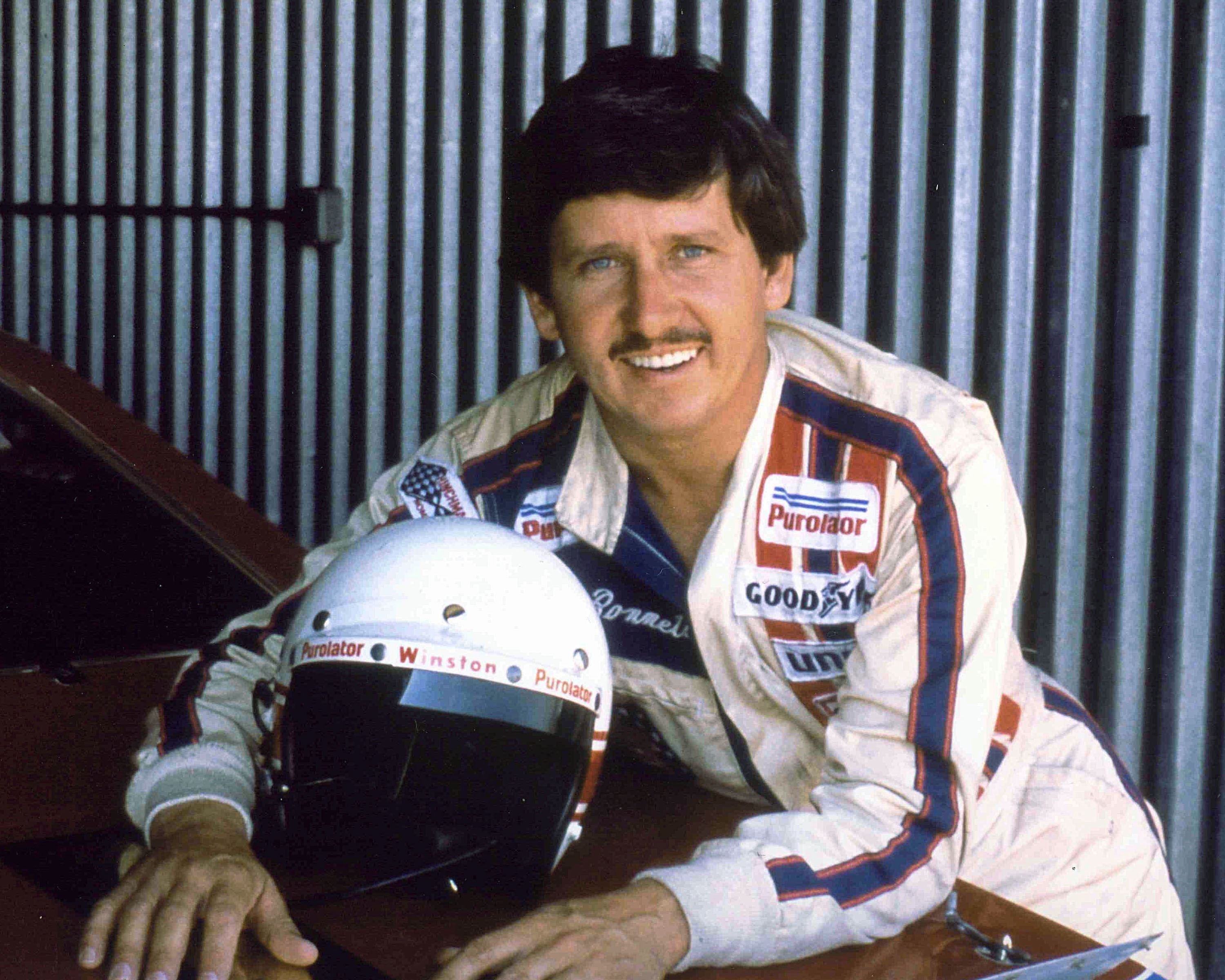 Racers like to race wherever and whenever they can. So one week after the 1979 premier series ended with Hall of Famer Richard Petty (2010) winning his record seventh championship, a few series regulars headed to Phoenix International Raceway (now Phoenix Raceway) for the final race of the year in the Winston West Series (now ARCA Menards Series West). At PIR, Neil Bonnett drove to a 3.8-second victory over Hall of Famers Bobby Allison (2011) and Richard Petty (2010). For his efforts, Bonnett earned $4,525 for himself and car owner Jim Schmitt.

Ned Jarrett excelled on the short tracks of the Southeast. Photo courtesy of NASCAR Archives & Research Center via Getty Images 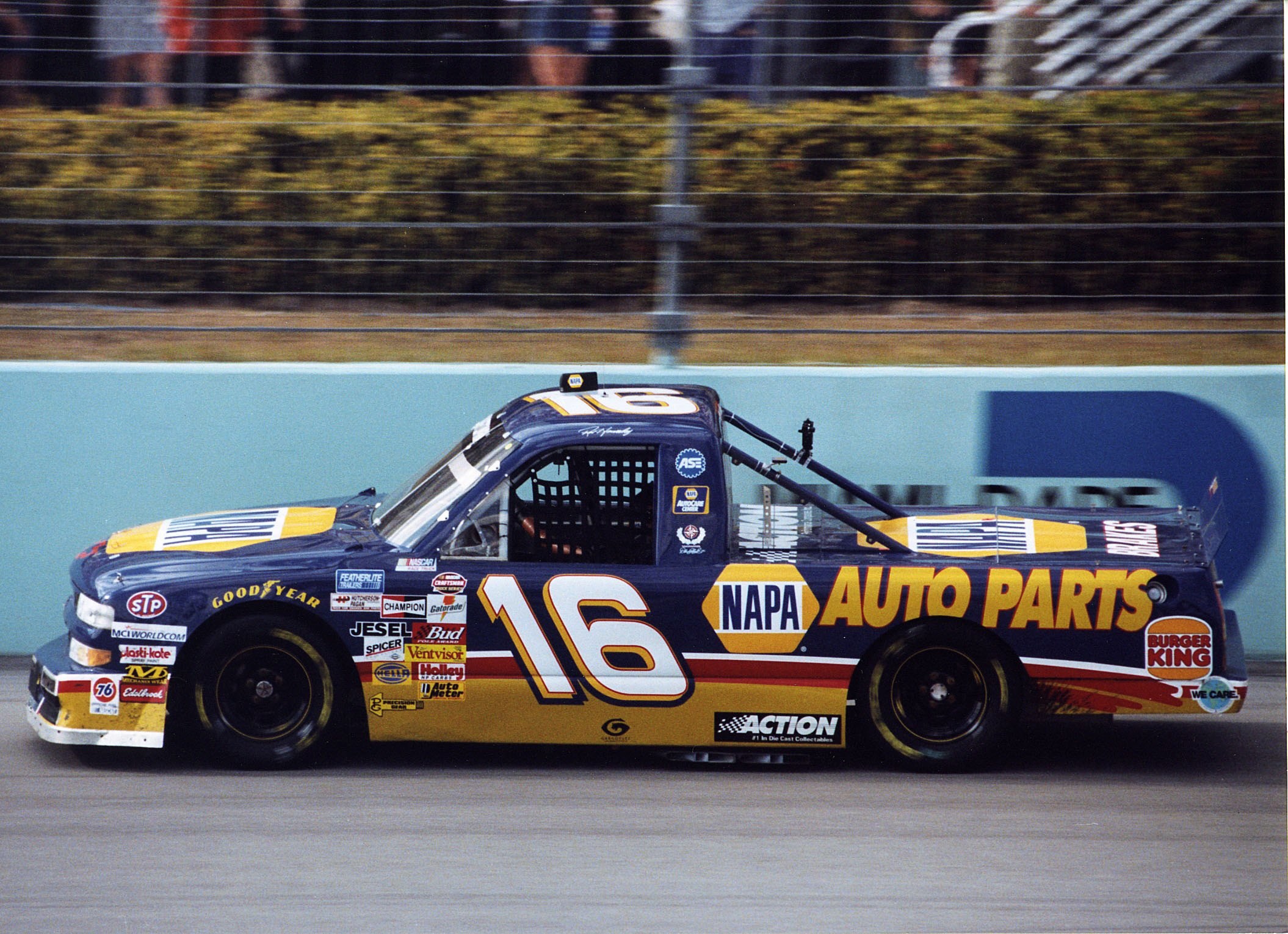 Sometimes winning is all about being in the right place at the right time. For Hall of Famer Ron Hornaday Jr. (2018) that place was Arizona’s Tucson Raceway Park, where he won Winter Heat No. 2 in the Winston West Series (now ARCA Menards Series West). Hornaday’s stellar drive not only earned him $7,700, it also caught the eye of Dale Earnhardt (2010), who saw the race on television from his North Carolina home. So impressed was Earnhardt that he hired Hornaday to drive for him the following year in what today is the NASCAR Camping World Truck Series. Hornaday would go on to win two of his record four Truck Series championships driving for Earnhardt. 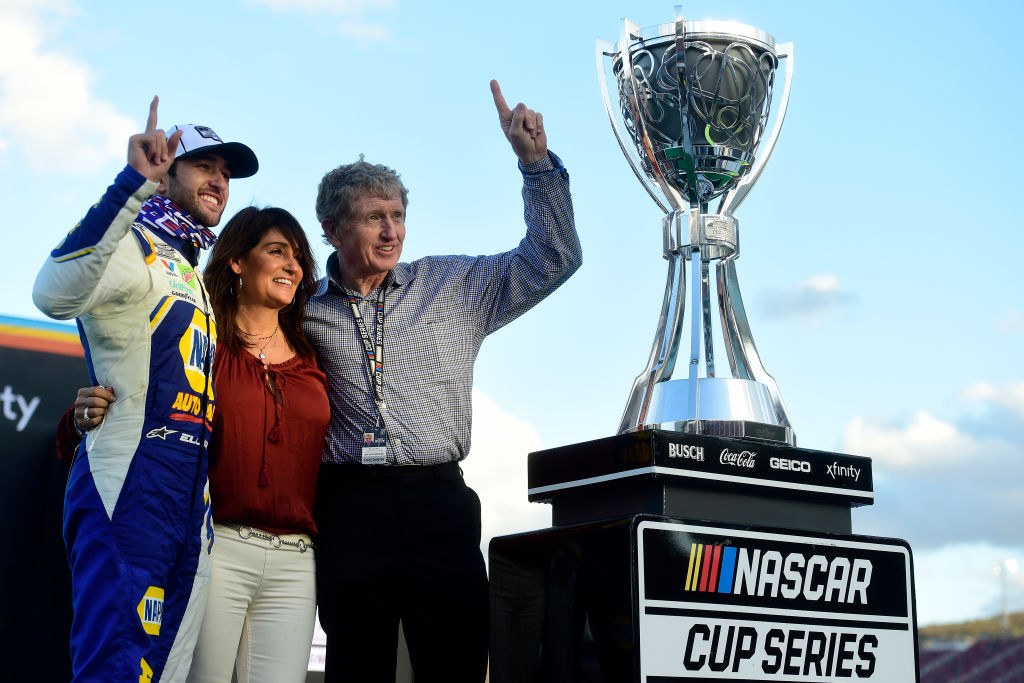 Chase Elliott (left) and Bill Elliott are NASCAR’s third family to have a son follow his father as a premier series champion. Photo courtesy of Jared C. Tilton/Getty Images

Chase Elliott, the reigning NASCAR premier series champion and son of Hall of Famer and 1988 champion Bill Elliott (2015) was born on this date in 1995. The Elliotts are one of three father-son combinations to become champions. The first two are already in the Hall of Fame: Lee (2011) and Richard (2010) Petty combined to win 10 premier series titles, while Ned Jarrett (2011) took a pair of titles and his son, Dale (2014), won one championship. 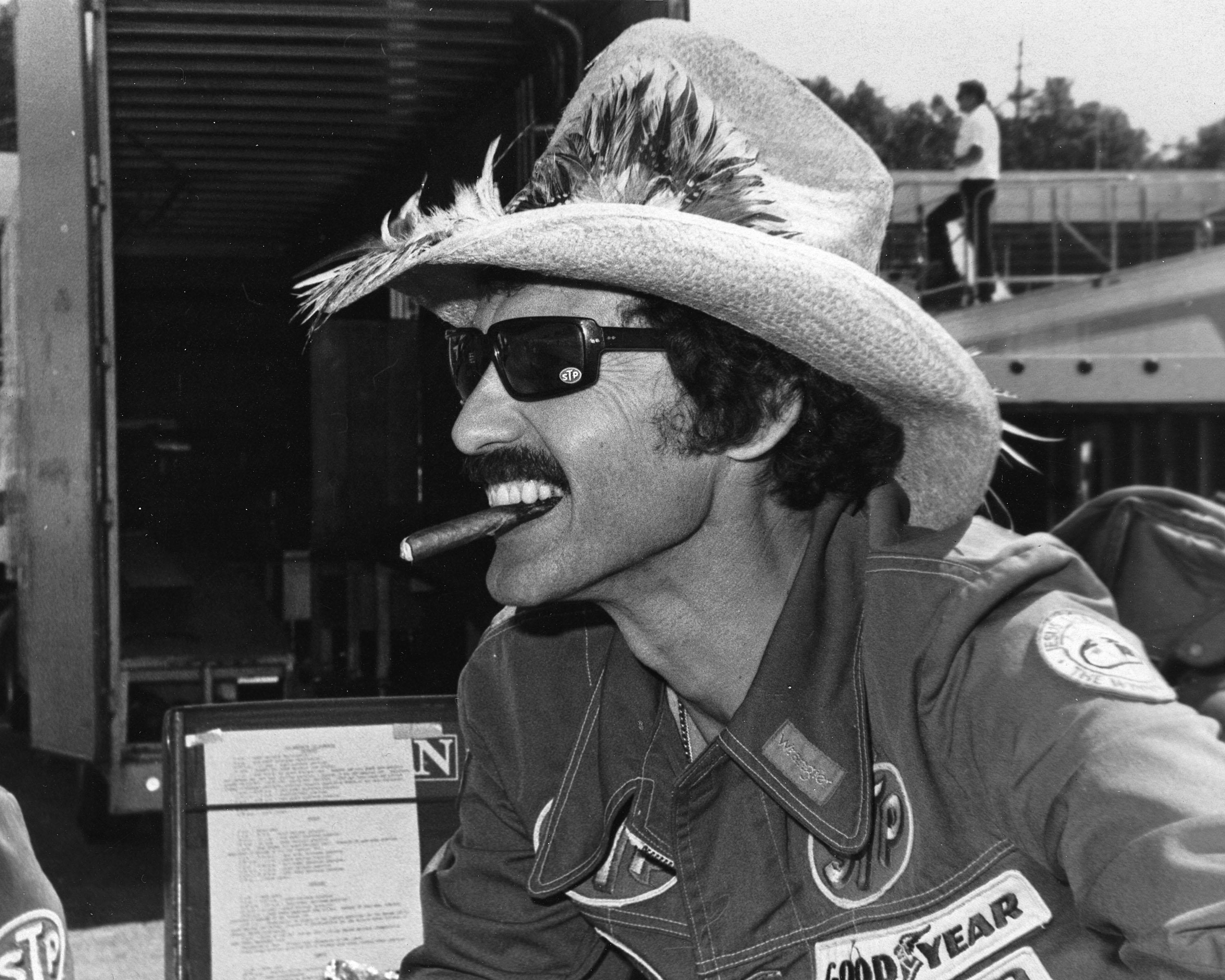