Third-generation racer Dale Earnhardt Jr. is one of three inductees into the NASCAR Hall of Fame Class of 2021. Photo courtesy of Matt Sullivan via Getty Images.

Third-generation racer Dale Earnhardt Jr., one of three newly elected members of the NASCAR Hall of Fame Class of 2021, has excelled in multiple racing-related disciplines throughout his career.

Among the honors he’s amassed over the years, Earnhardt has won the National Motorsports Press Association Most Popular Driver Award 15 times, a testament to the passion of his millions of diehard fans.

JR Motorsports, the team founded and owned by Earnhardt and his sister, Kelley Earnhardt Miller, has fielded championship cars on three different occasions, most recently in 2018.

Since retiring from driving after the 2017 season, Earnhardt has remained extremely influential through his position as an NBC Sports NASCAR analyst, as well as through his immensely popular “Dale Jr. Download” podcast and Twitter, where he has 2.5 million followers. Earnhardt’s complete body of work has earned him a well-deserved spot in the NASCAR Hall of Fame Class of 2021.

Here are six Hall of Fame moments from Earnhardt’s career: 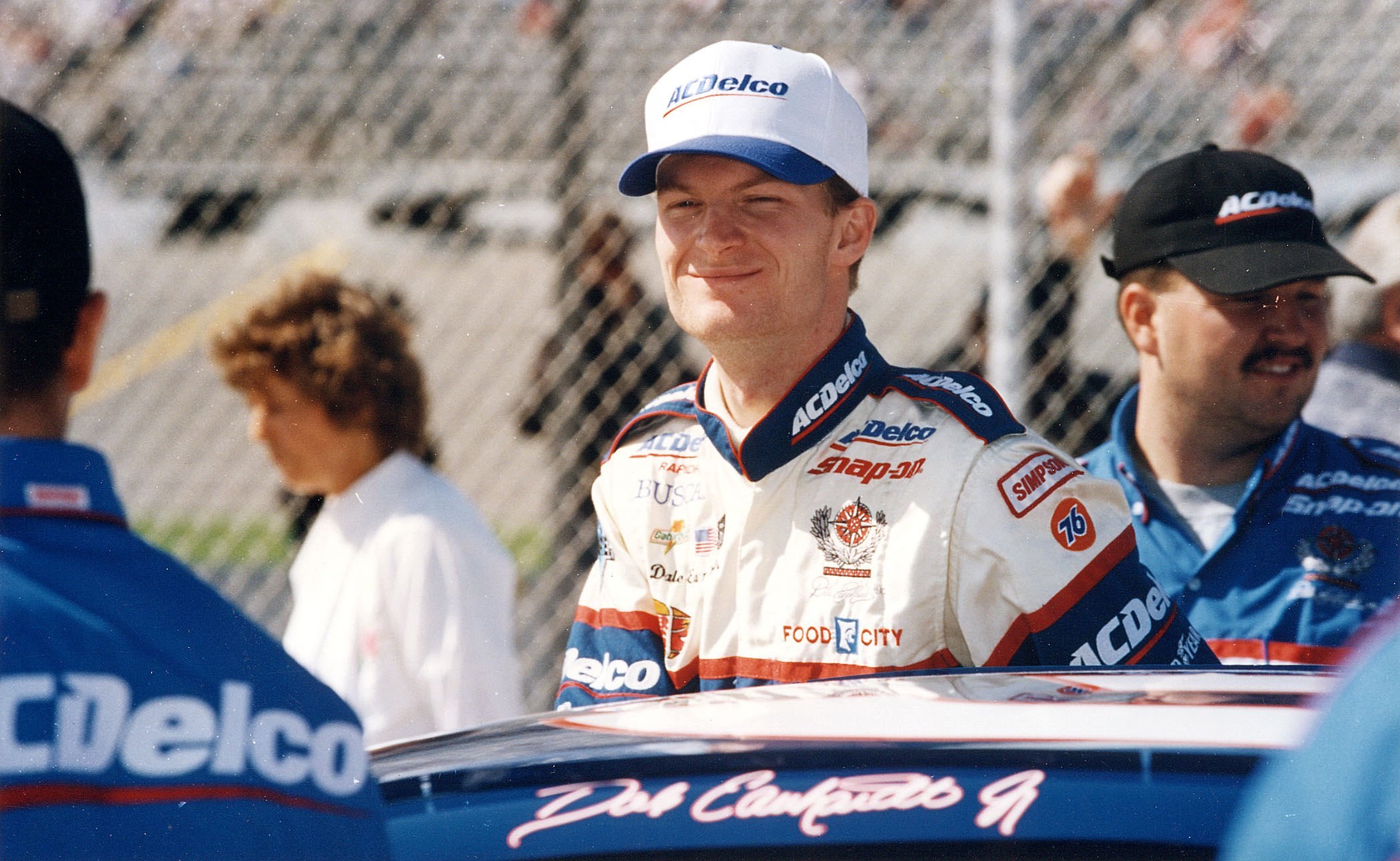 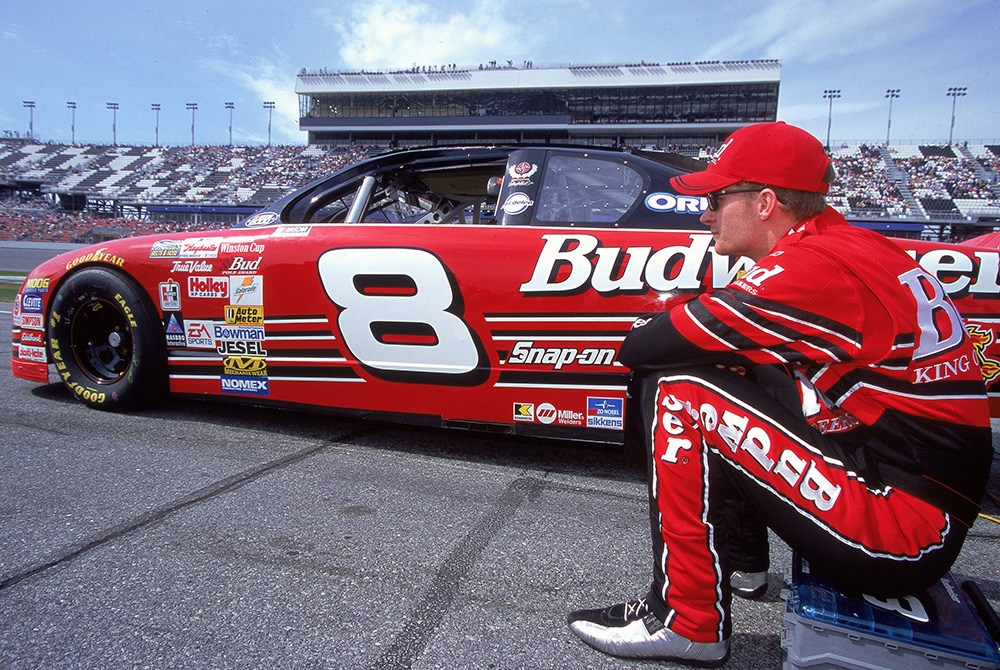 In his rookie season in the premier series, Dale Earnhardt won three times and finished 16th in points Photo courtesy of Jamie Squire/Allsport. 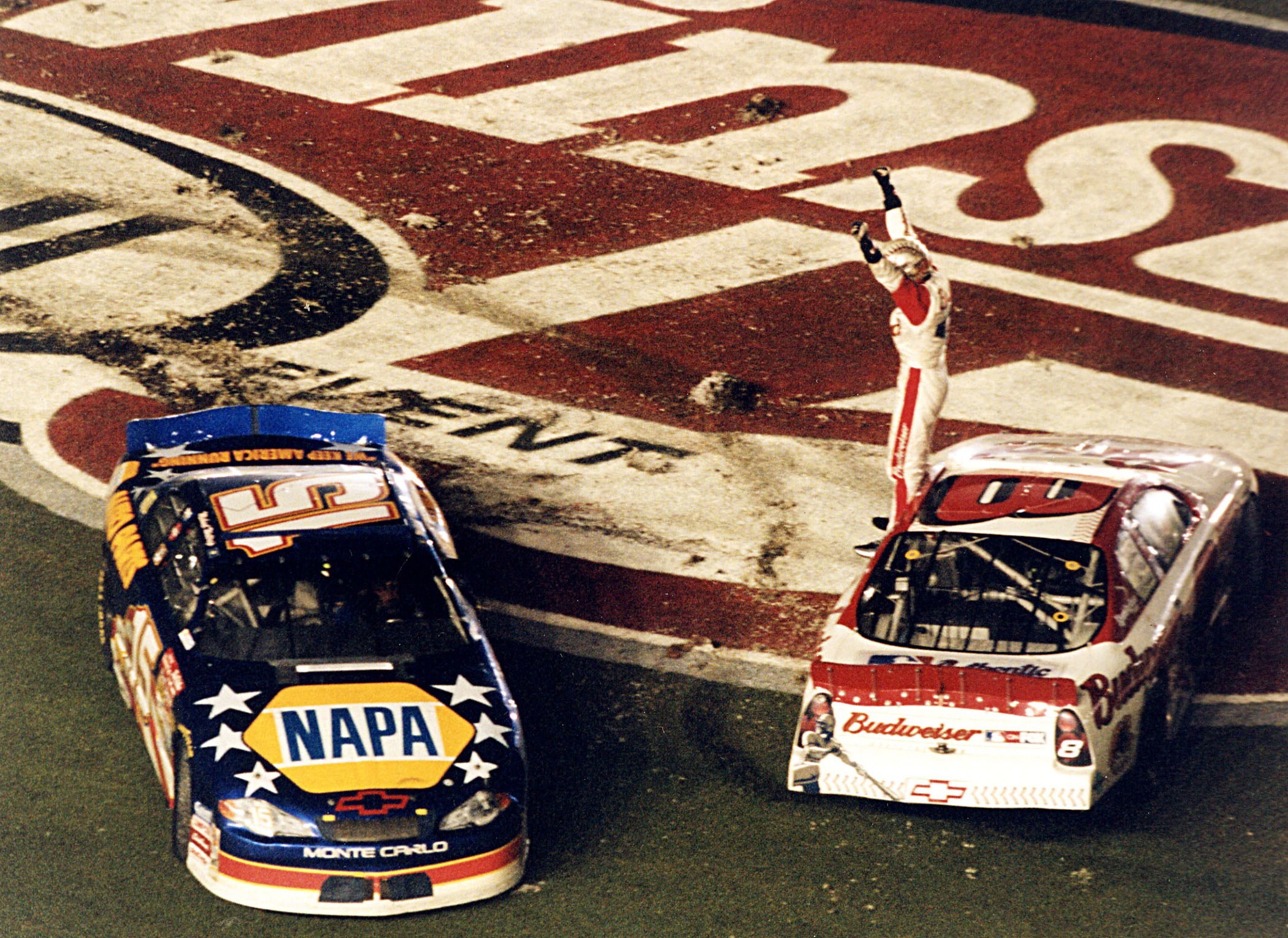 Less than five months after his father was killed in a last-lap crash in the Daytona 500, Dale Earnhardt Jr. returned to Daytona International Speedway and won the Pepsi 400, the annual Fourth of July weekend race at the iconic track. Earnhardt won ahead of his Dale Earnhardt Inc. teammate Michael Waltrip and the two pulled their cars into the infield and embraced after the huge victory. 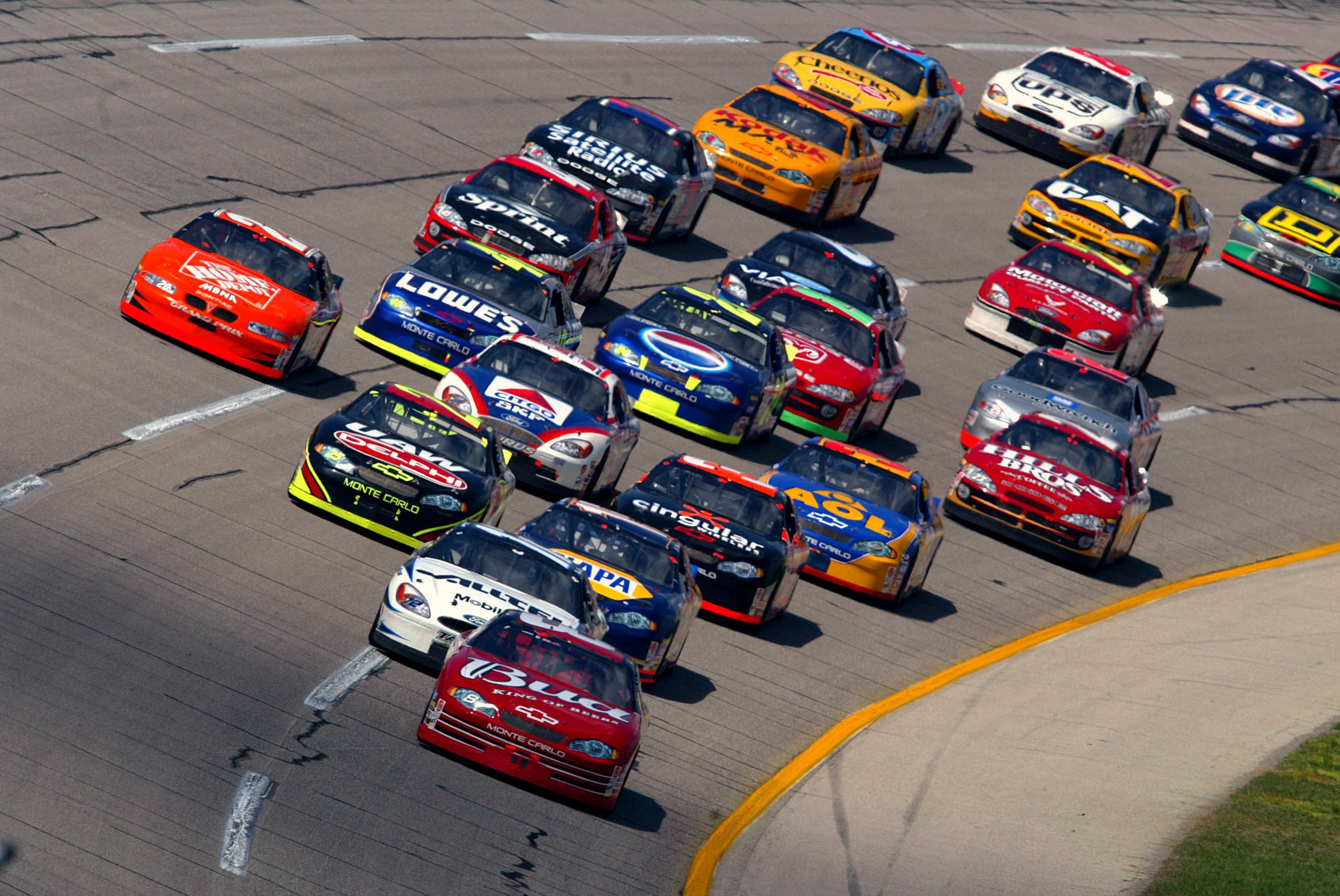 Early on in his career, Dale Earnhardt Jr. was dominant at Talladega Superspeedway, the longest track in NASCAR. In a seven-race stretch from October 2001 to October 2004, Earnhardt won five races at Talladega and finished second in the two races he didn’t win. Included in the five victories were four in a row starting with the second Talladega race of 2001. 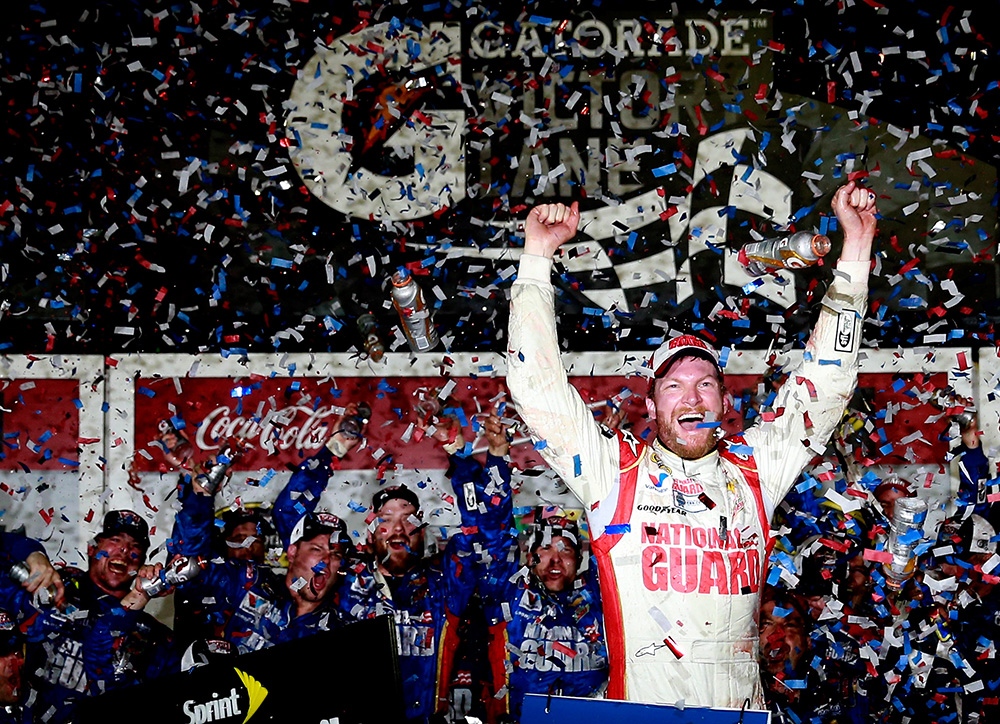 The Daytona 500 is the biggest and most prestigious race in NASCAR, and Dale Earnhardt Jr. won it twice, exactly 10 years apart. Earnhardt’s first victory in the Great American Race came in 2004, when he drove for his late father’s Dale Earnhardt Inc. team. A decade later, he won the Daytona 500 again, this time driving the No. 88 Chevrolet for Hendrick Motorsports. 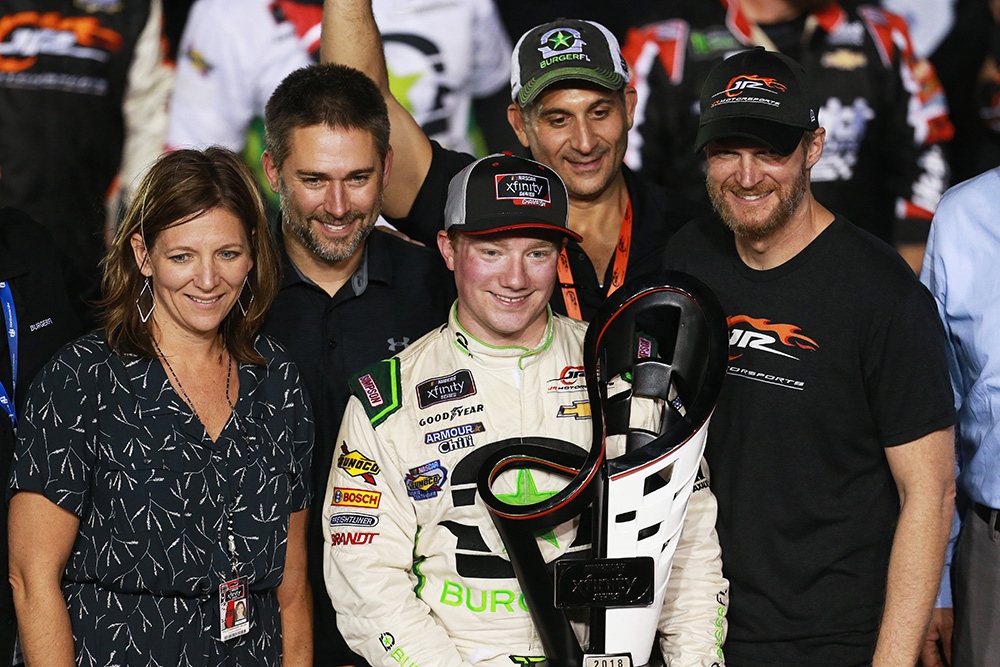 Dale Earnhardt Jr. has enjoyed great success in the NASCAR Xfinity Series as co-owner of JR Motorsports with his sister, Kelley Earnhardt Miller. The team has won three owner championships in the Xfinity Series, the first with Chase Elliott in 2014, then with William Byron in 2017 and Tyler Reddick in 2018. In 2014, JR Motorsports drivers swept the top three positions in points, something that had never been done before.