In the early days of NASCAR, Hudson Hornets dominated the dirt tracks and paved circuits throughout the South.

Here at the Curators’ Corner, we never, ever need an excuse to write about the Hudson Hornets that tore up NASCAR tracks in the early 1950s.

With light weight, a low center of gravity and the dual carburetor six-cylinder Twin H-Power engines, Hudsons won 79 races and three premier series Manufacturers’ Championships from 1951-55. Three titles might not seem like a lot, but it’s the same number Toyota and Oldsmobile have won and more than Dodge, Buick, Plymouth or Pontiac.

Hardcore historical NASCAR fans know that Hall of Famer Herb Thomas (2013) was the first two-time premier series driver champion and that his career became the basis for the Doc Hudson character in the hugely successful “Cars” film franchise. A replica of Thomas’s championship 1951 Hudson Hornet is part of our “Dale Jr.: Glory Road Champions” exhibit.

We’ve written about Thomas before, so in this post, we’re going to feature seven other Hudson drivers who raced back in the day. 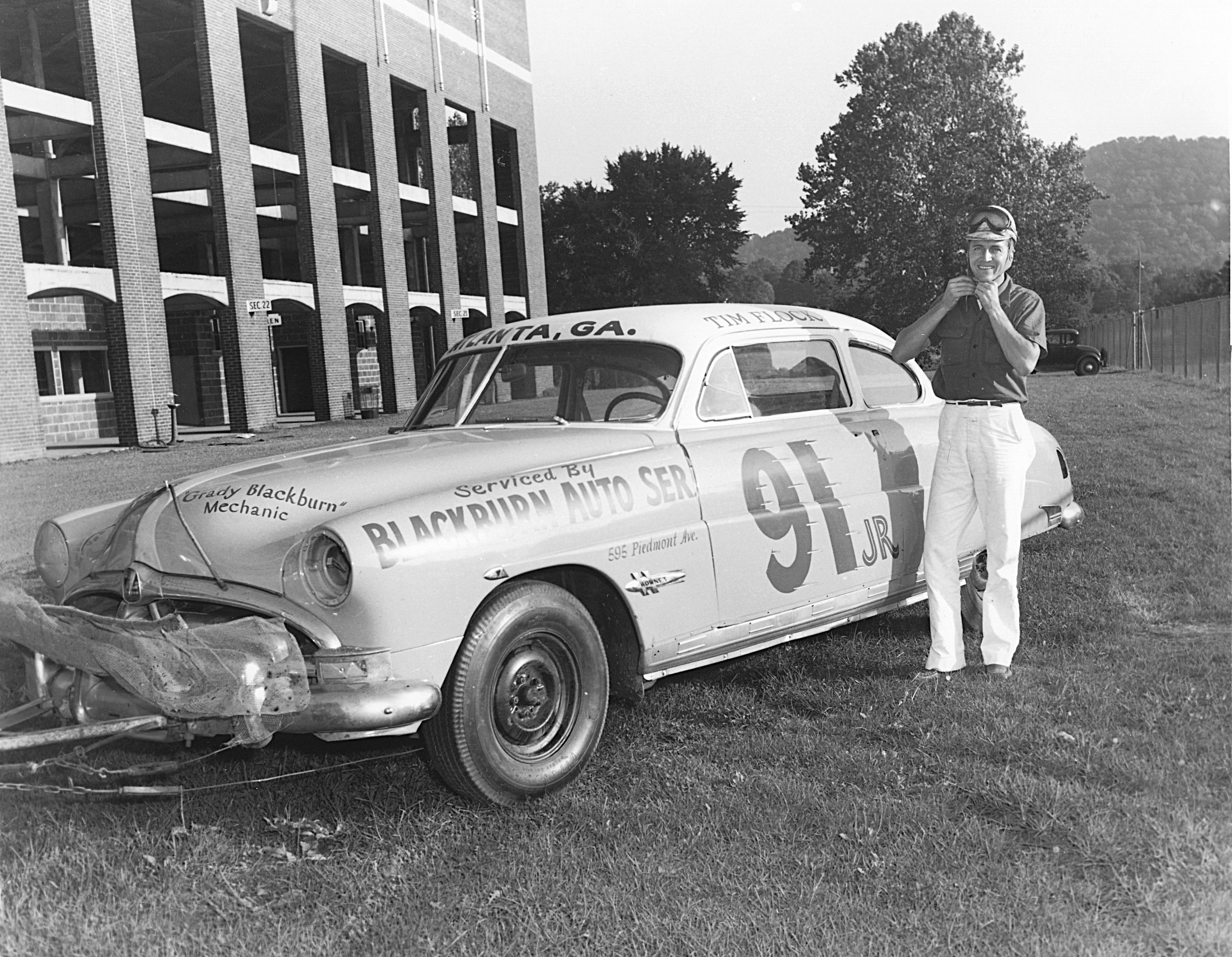 Like Herb Thomas, Hall of Famer Tim Flock (2014) made a name for himself behind the wheel of a Hudson Hornet in the early 1950s. Also like Thomas, Flock won two premier series championships, the first one coming in 1952, when he drove a Hornet owned by Ted Chester. 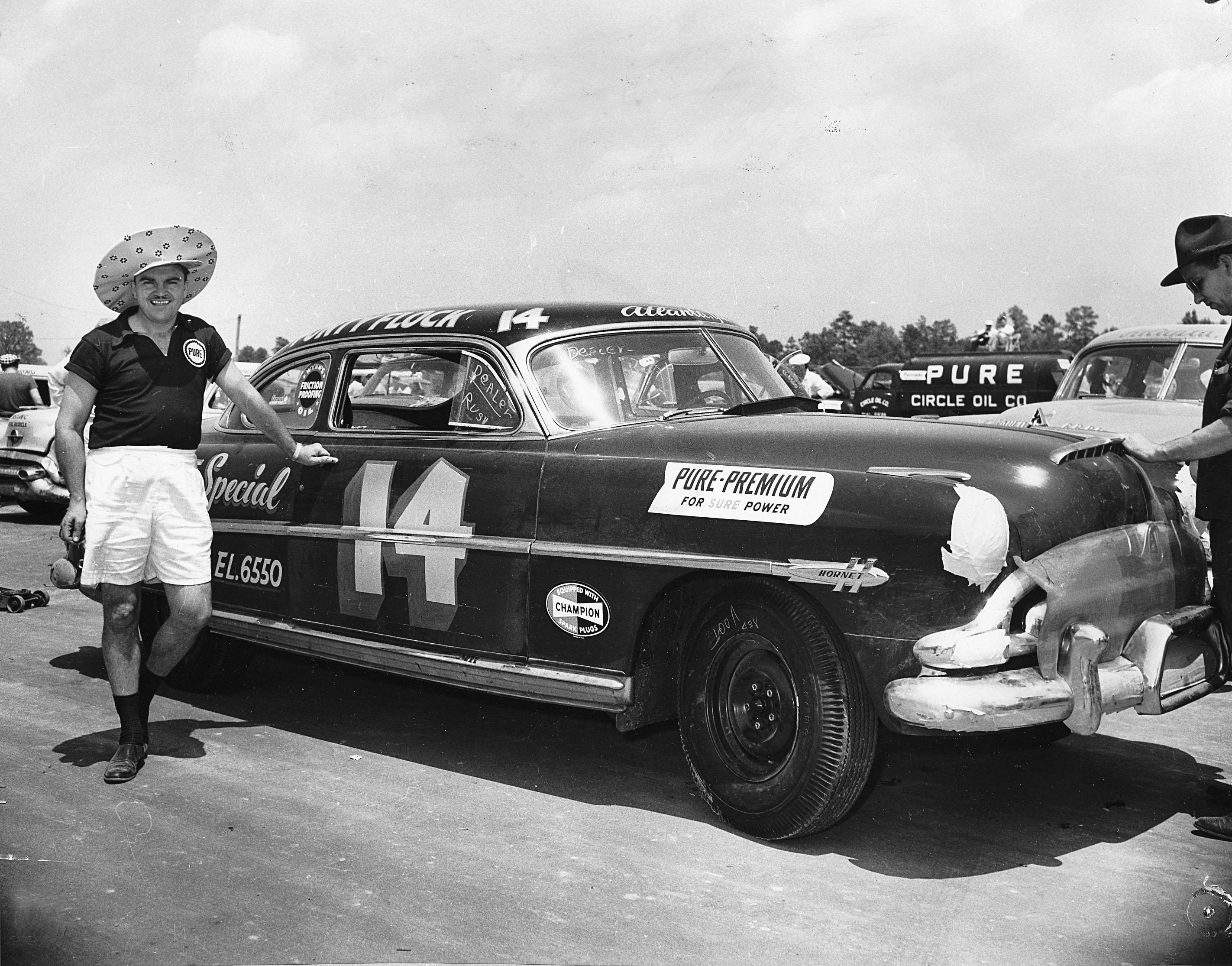 One of the early stars of NASCAR and a fan favorite was Fonty Flock, who won the 1953 race at Raleigh (North Carolina) Speedway in a Hudson. Photo courtesy of NASCAR Archives & Research Center via Getty Images

Although best known for driving Oldsmobiles in the early 1950s, Fonty Flock, Tim’s older brother, switched to Hudsons in 1953. During the ’53 premier series season Fonty won four races, a significant portion of his career total of 19 victories. 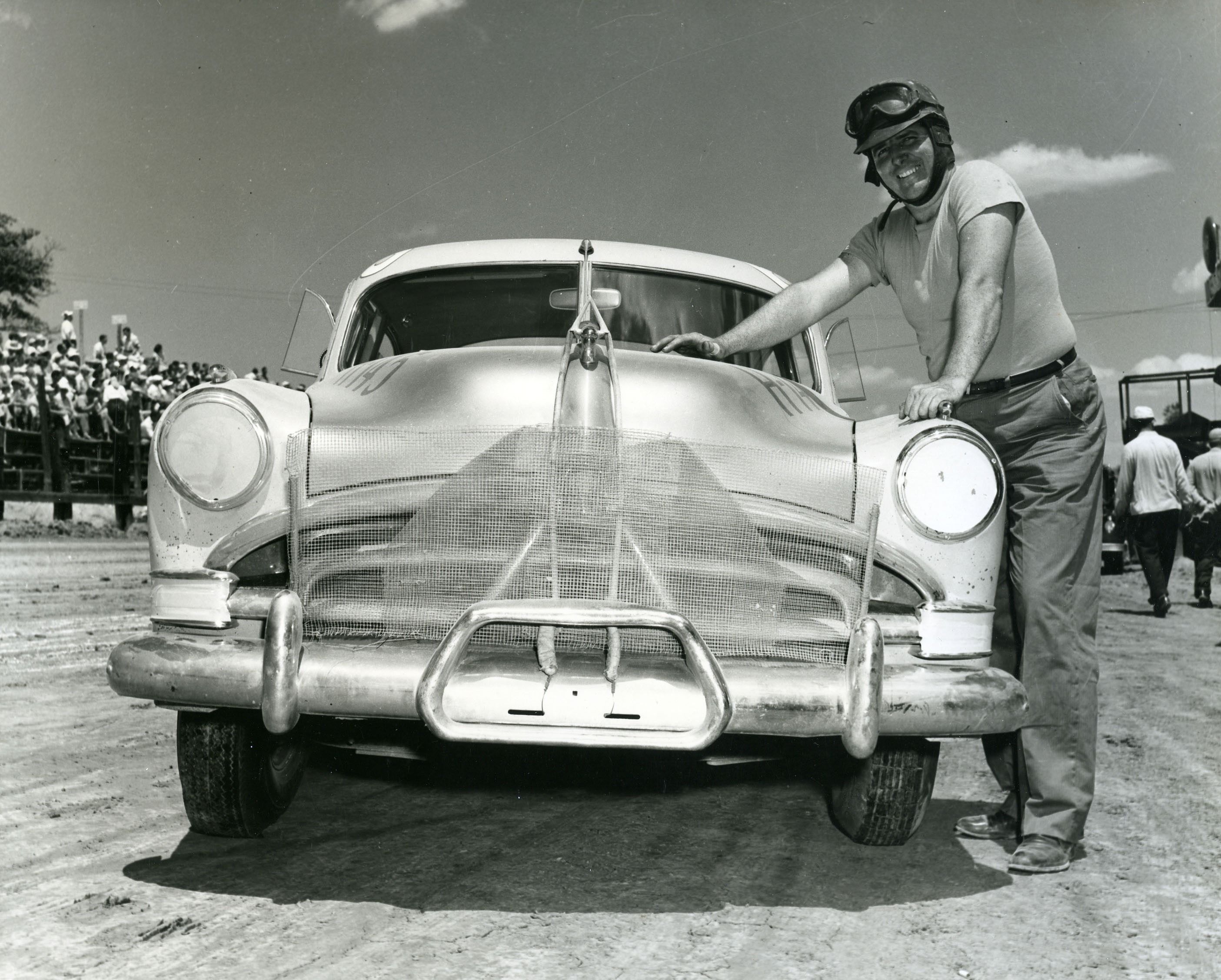 Marshall Teague ran just 19 NASCAR Cup races in 1951 and 1952, but he won seven of them, all in his Hudson. Photo courtesy of NASCAR Archives & Research Center via Getty Images

Another of NASCAR’s early stars was Marshall Teague, who was a key figure with Hudson on and off the track. Teague is credited with helping to bring the Hudson Motor Car Co. into NASCAR, where it became the first manufacturer to publicly support racing in the fledgling sanctioning body. Teague was talented mechanically and behind the wheel and was a huge asset to Hudson’s efforts.

Unlike Thomas, Teague and the Flock brothers, though, not everyone who raced Hudson Hornets was a star or even especially successful. 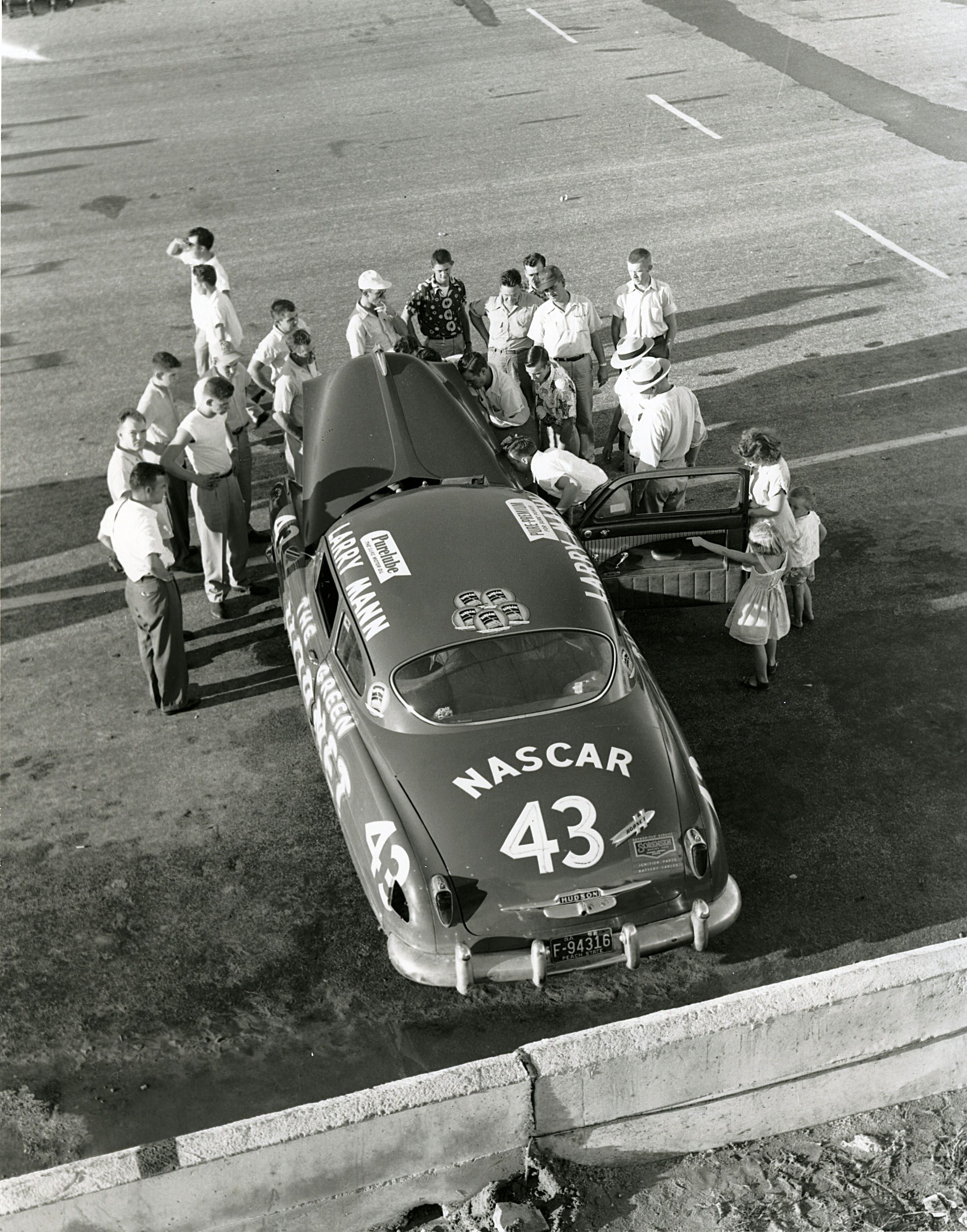 While the No. 43 is and will always be synonymous with Richard Petty, Larry Mann drove the No. 43 Hudson Hornet in 1952. Photo courtesy of NASCAR Archives & Research Center via Getty Images

The Larry Mann story was a sad one: Mann’s car was painted green and known as “The Green Hornet,” after the crime-fighting radio character. Green is considered a bad luck color in racing. Unfortunately for Mann, he perished in a crash at Pennsylvania’s Langhorne Speedway late in 1952, becoming the first driver to die in a NASCAR race. 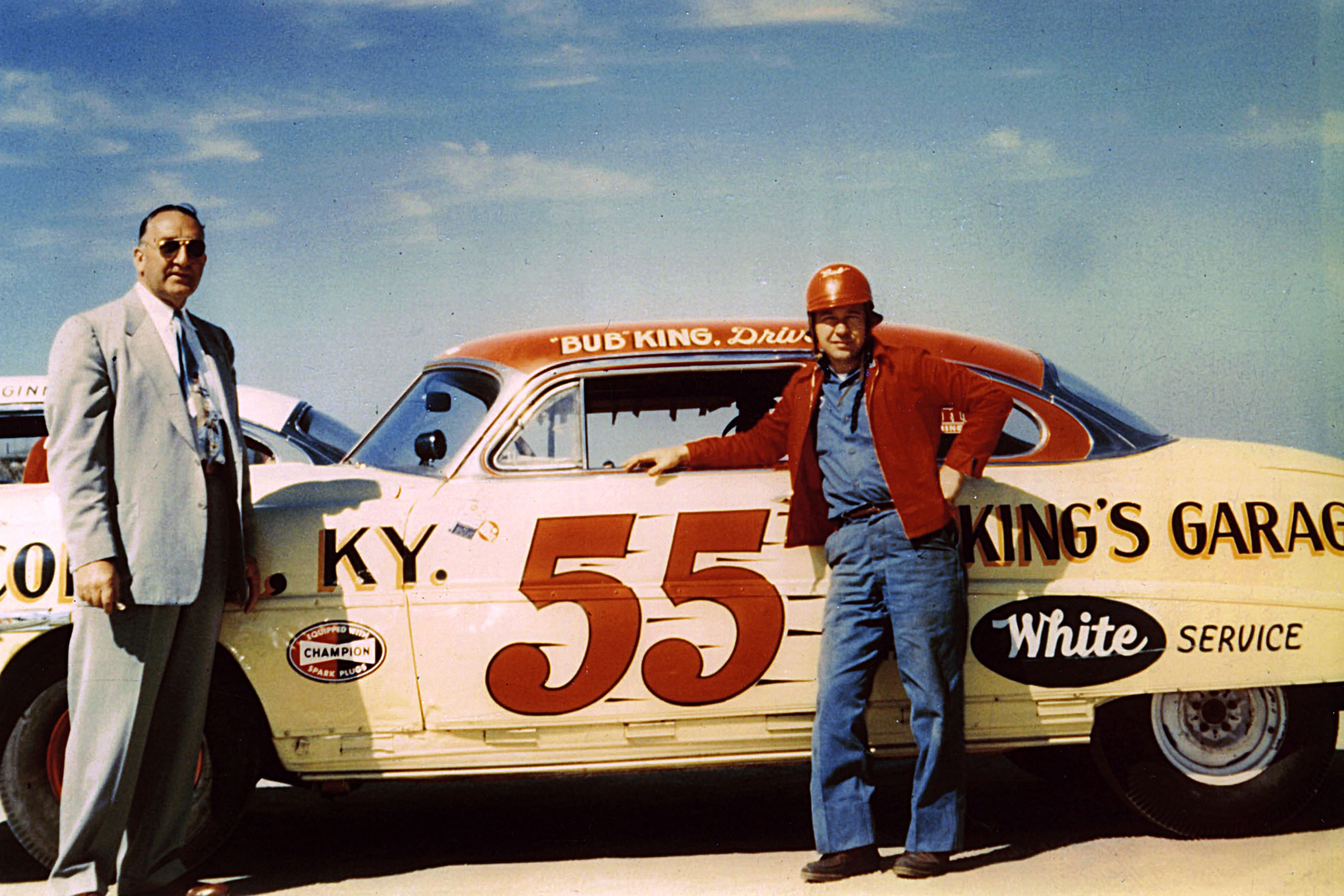 One of many part-timers in the early 1950s was Corbin, Kentucky driver Bub King, who raced over parts of five seasons, but never entered more than 14 races in one year. King finished an impressive fourth in the 1952 Southern 500 in his Hudson. 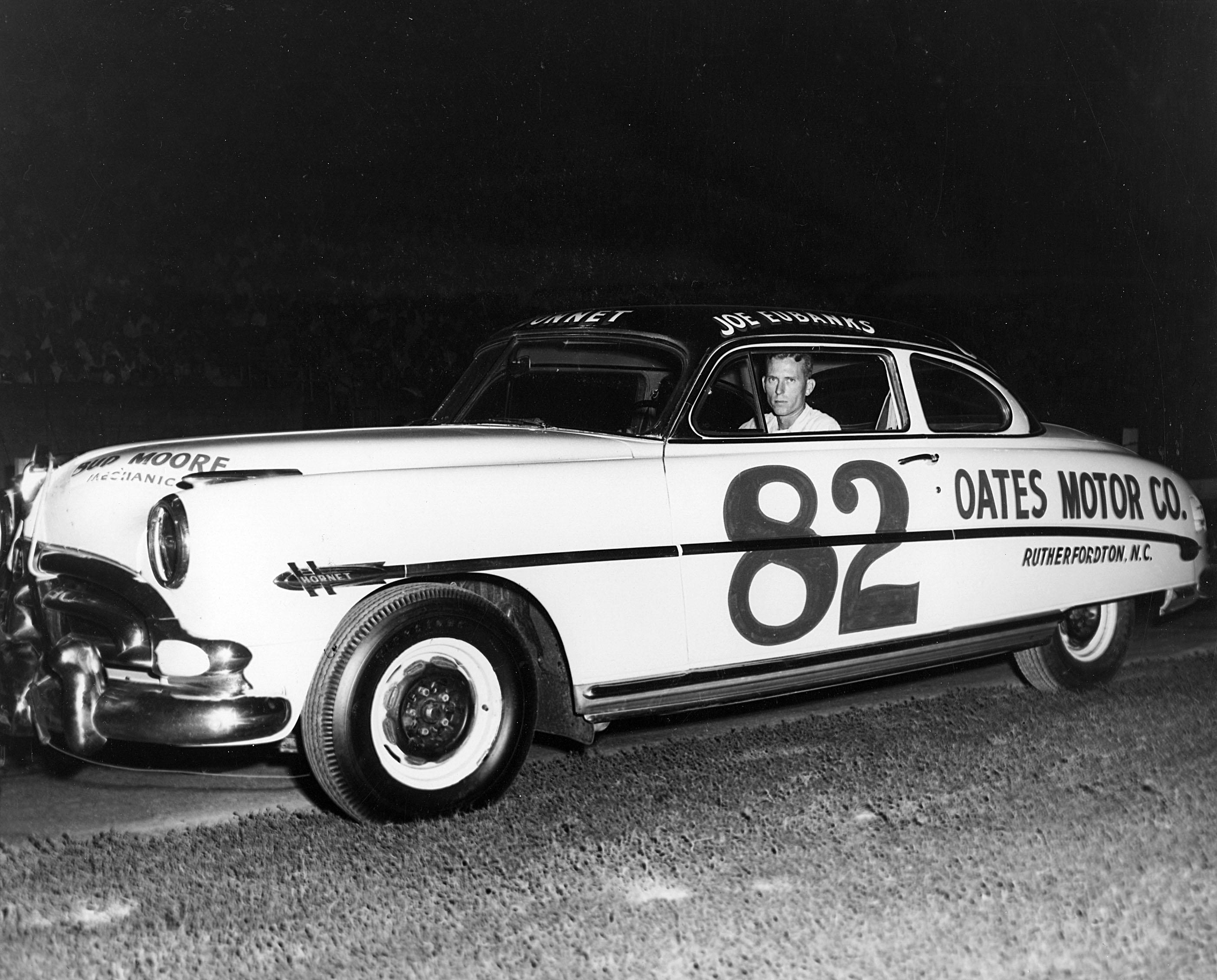 In 1954, Joe Eubanks had his best season, with top-five finishes in 11 of 33 races, ending the year fifth in points. Photo courtesy of NASCAR Archives & Research Center via Getty Images

Spartanburg, South Carolina, driver Joe Eubanks raced Hudsons for car owner Phil Oates from 1951 through early-1954. During the 1953 and 1954 premier series seasons, Eubanks made 57 starts and finished 39 of those in the top 10. 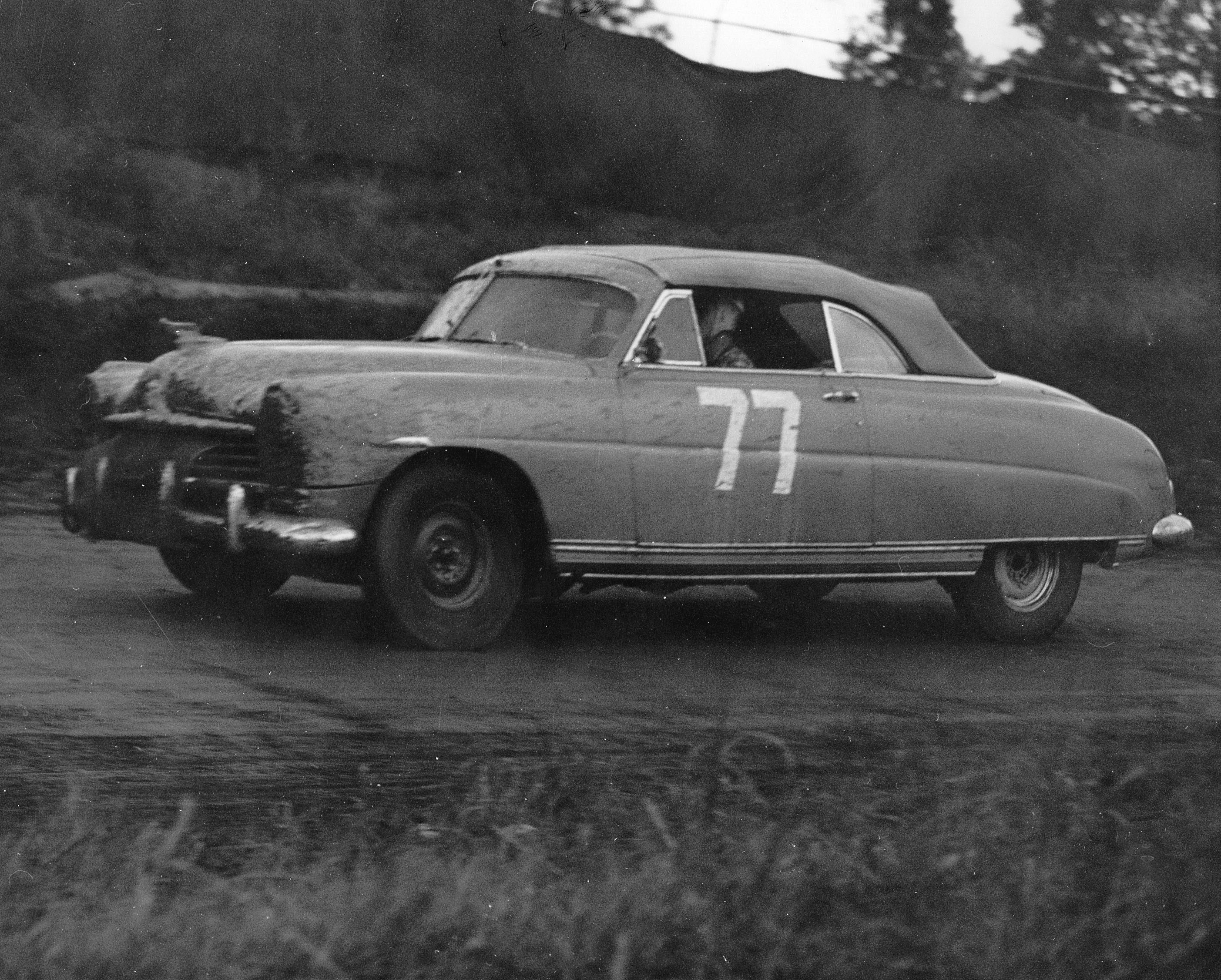 You didn’t see many Hudson convertibles compete in NASCAR., but there was at least one. Photo courtesy of NASCAR Archives & Research Center via Getty Images

Last but not least, we’ll end with a one-hit wonder: Ernie Dietzman made just one premier series start, driving a Hudson convertible to a 24th-place finish in a 1951 premier series race at the Arizona State Fairgrounds in his hometown of Phoenix. 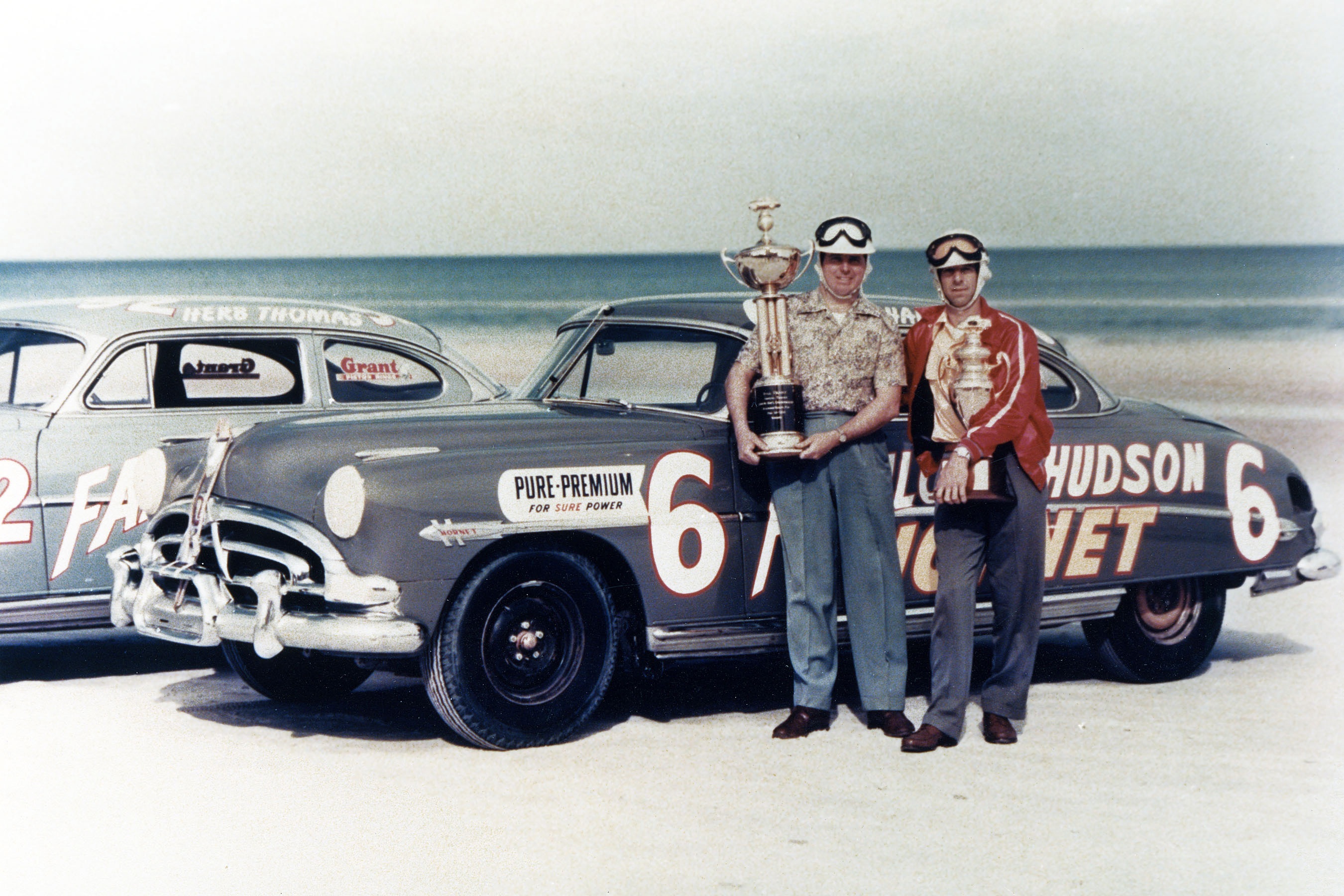