For the first time ever, the NASCAR Hall of Fame’s signature Glory Road exhibit will feature 18 cars handpicked by a special guest curator – Dale Earnhardt Jr.

Since its opening in 2010, the NASCAR Hall of Fame's Glory Road has served as a prominent focal point that greets guests as they enter the Hall.

For the fourth generation of the exhibit, the NASCAR Hall of Fame and Dale Earnhardt Jr. worked together to create a collection unlike any other, celebrating the champions and championship moments of the sport.

Dale Jr.: Glory Road Champions showcases a lineup of 18 premier series championship cars that are instantly recognizable by fans for their significance in some of the most memorable races and championship seasons in NASCAR. Current and historic speedways from across the country are illustrated as well, where guests can touch the texture of various tracks and feel the intense banking that drivers face week-to-week.

In our new podcast series below, the Hall's curatorial team provides a snapshot of each car and the champion behind the wheel.

Two years after their successful 1964 season, Pearson drove this 1966 Dodge to his first championship in 1966. Photo courtesy of NASCAR Research & Archives Center via Getty Images

A pair of Hall of Famers from South Carolina teamed up in the early 1960s to be one of NASCAR’s most potent duos, winning a championship in 1966. Their success actually began two years earlier when driver David Pearson (2011) and car owner Cotton Owens (2013) had their first big season together, winning eight races in the white No. 6 Owens Dodge on display here. Although later in his career Pearson would become famous for his prowess on superspeedways, in 1964, he won all eight of his races on short tracks, seven of which were on dirt.

Dale Jr.: Glory Road Champions opened to the public on Saturday, January 11, 2020 and will be on display for approximately three years. 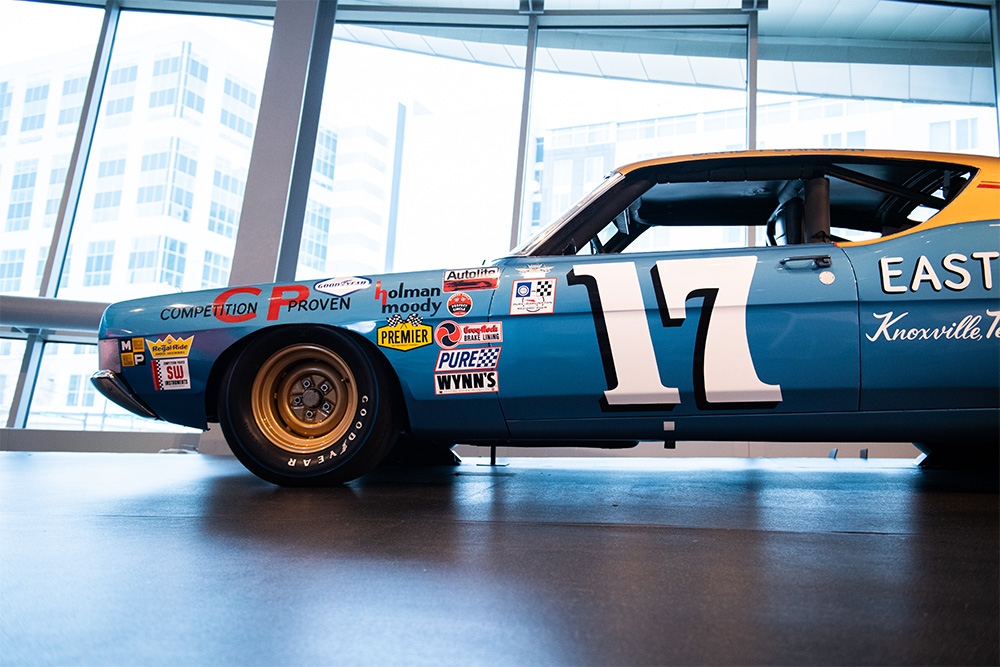 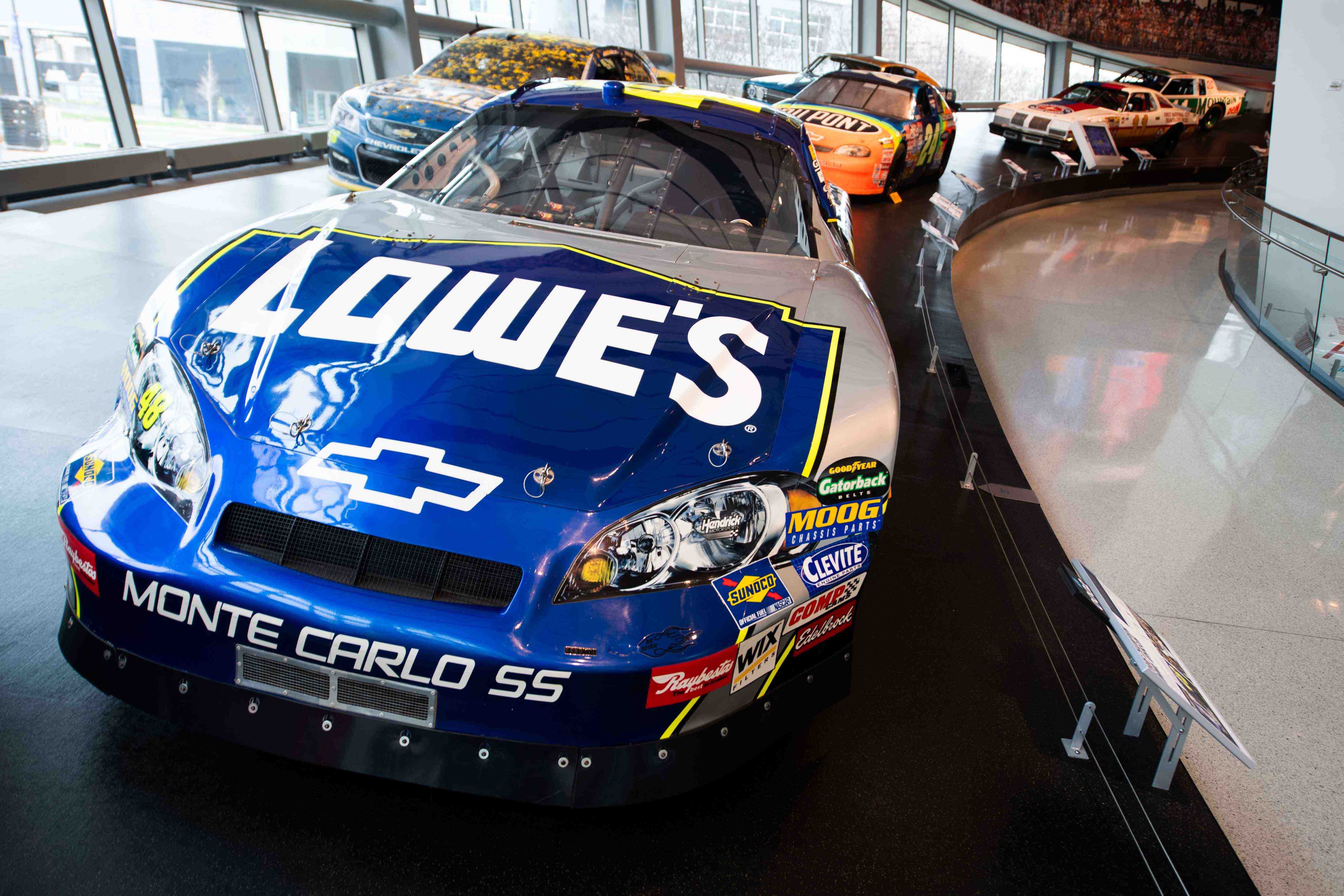