Hall of Famers Cale Yarborough and Junior Johnson formed a dominating combination in the mid-1970s. 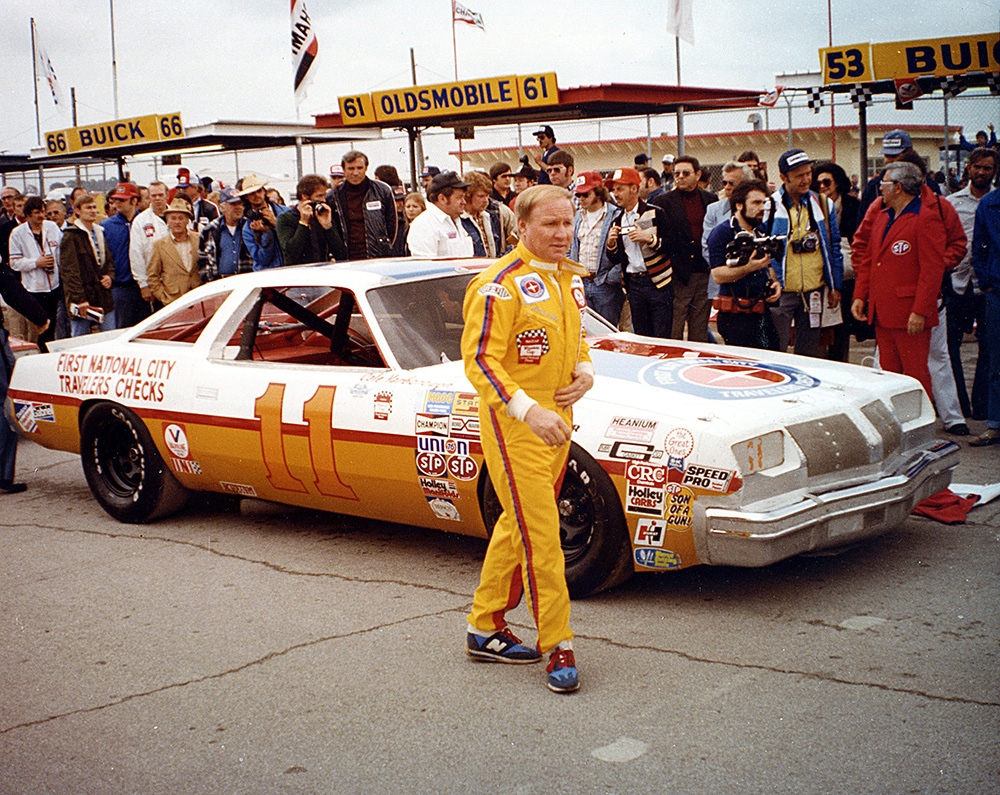 When Hall of Famer Dale Earnhardt Jr. (2021) agreed to be guest curator for the Hall’s current Glory Road exhibit, he had a few stipulations: All 18 cars had to be from NASCAR premier series champions and as many as possible had to be actual race cars, not just show cars.

And Earnhardt’s favorite era of race cars was the mid- to late-1970s, which makes Cale Yarborough’s 1977 Oldsmobile a car that checks all of Earnhardt’s boxes: Yarborough, a multi-time champion, raced this actual car during his third championship season of 1978, which has been verified by a former crew chief, and it’s from the right time period. So it’s a natural that Earnhardt wanted this car for Glory Road. 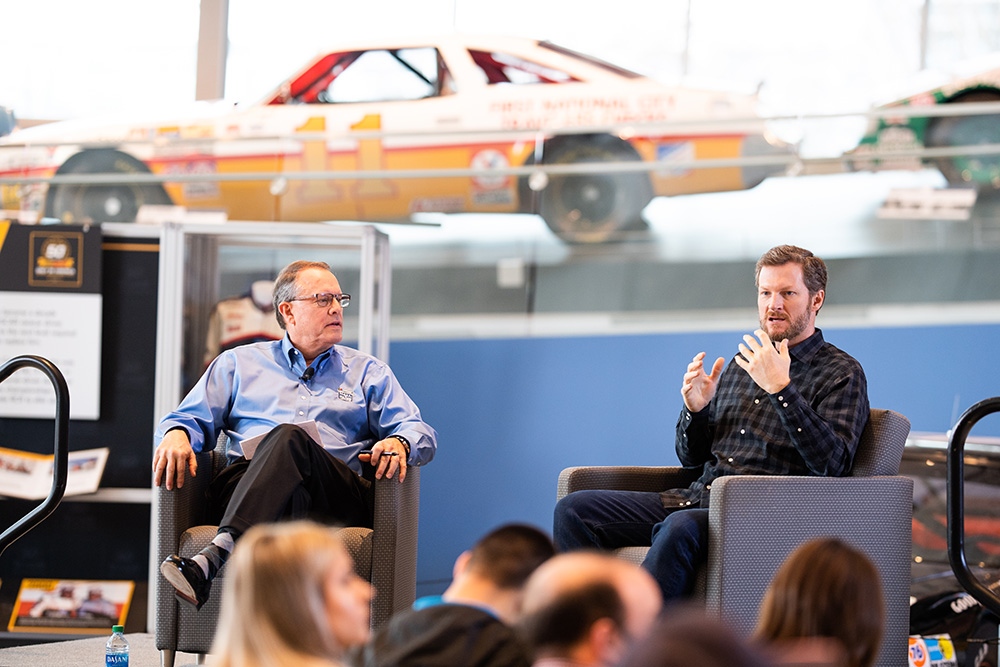 Earnhardt’s favorite era of race cars was the mid-to-late-1970s.

This car represents a collaboration between two of the sport’s Hall of Famers: Yarborough (2012) and car owner Junior Johnson (2010) connected midway through the 1974 season, creating a dominant race team in the mid-1970s.

Yarborough, a native of Timmonsville, South Carolina, was tough as nails, while Johnson built some of the fastest cars in the sport out of his shop in Wilkes County, North Carolina. 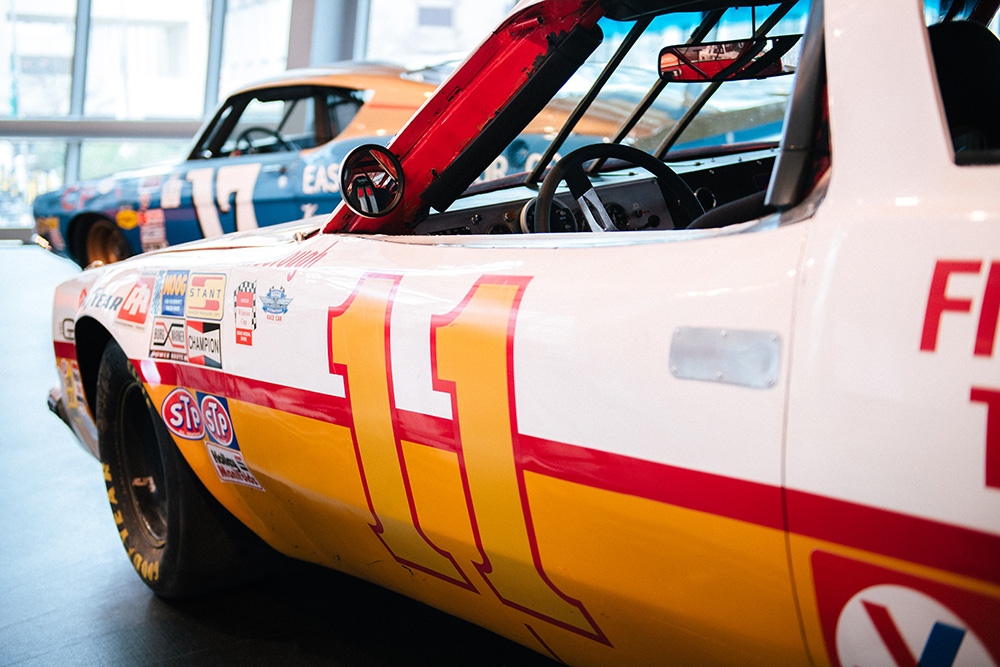 Between 1974 and 1980, Yarborough won 45 races driving for Johnson. More importantly, he became the first driver in premier series history to win three consecutive championships, a feat he accomplished from 1976-78.

No one did that before Yarborough did and since then, the only driver to win three in a row is Jimmie Johnson, who won five in a row from 2006-2010.