Jimmie Johnson’s seven premier series championships include an amazing run of five in a row, a mark never equaled or even approached. 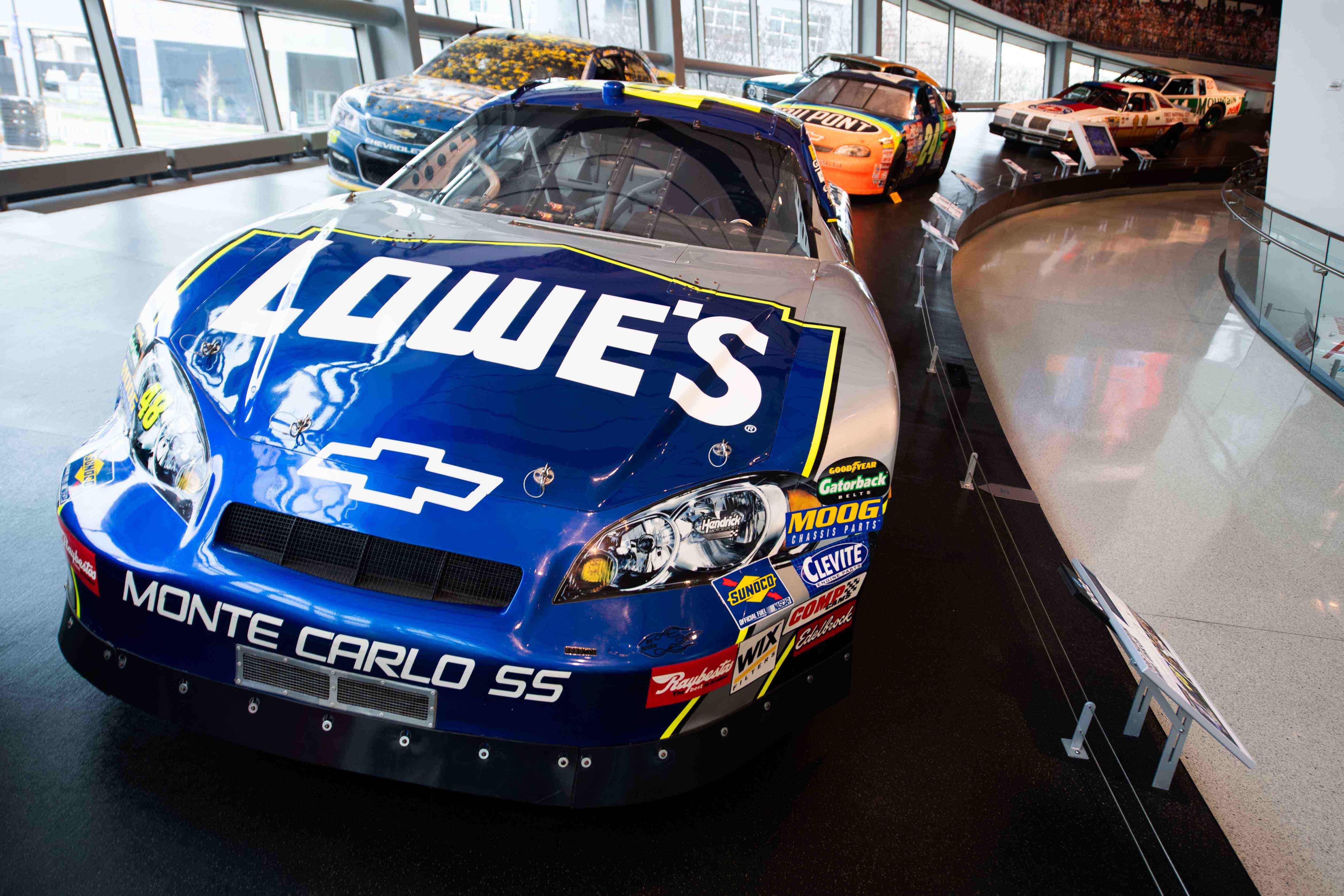 Contrary to the old expression, not every record is made to be broken, especially not when it comes to NASCAR.

Hall of Famer Richard Petty (2010) set unassailable marks with 200 career race victories, including 27 in a single season and 10 in a row.

Another record unlikely to be ever equaled or broken was Jimmie Johnson’s remarkable streak of five consecutive premier series championships from 2006-2010. 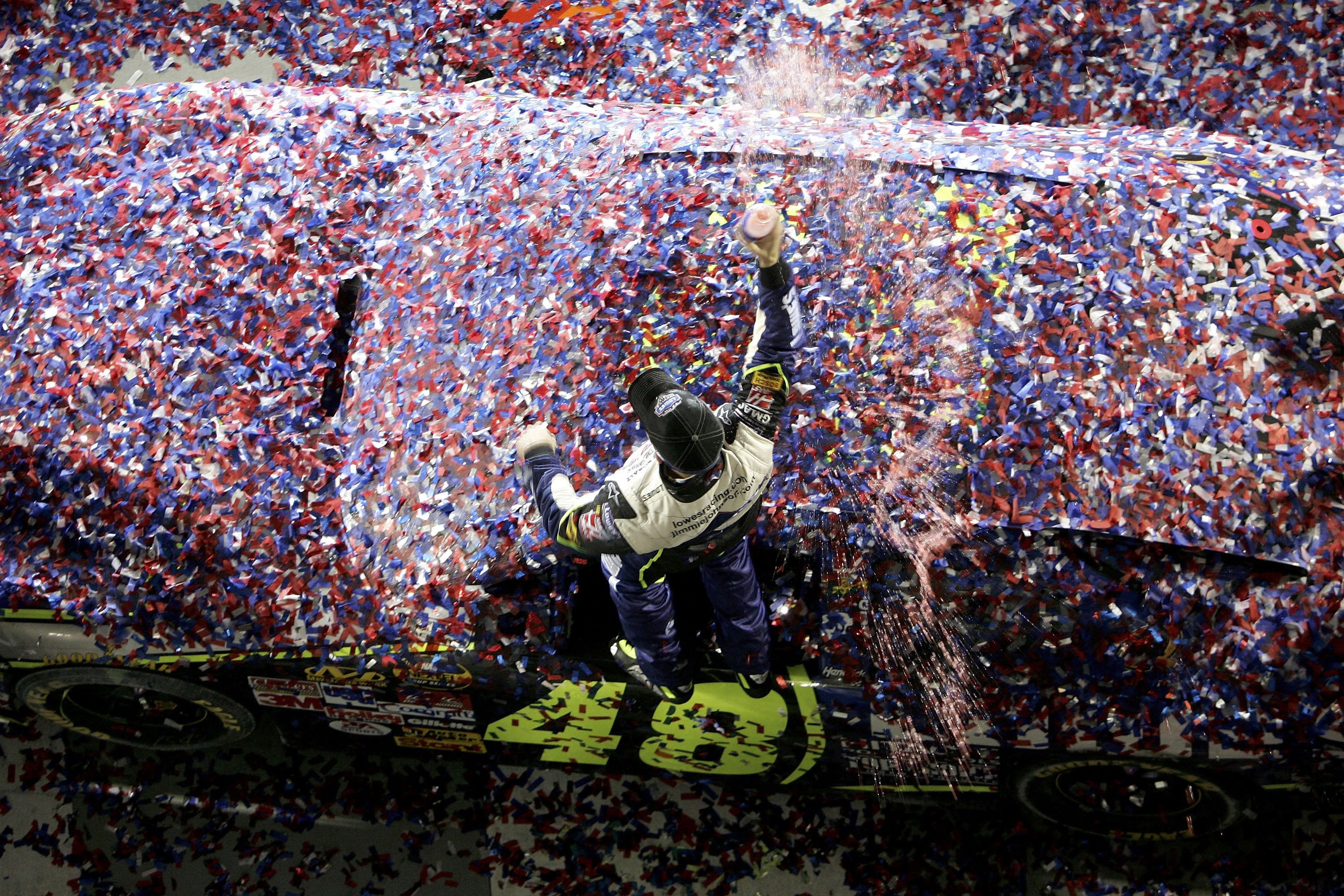 Winning the Daytona 500 got the 2006 season kicked off in style for Jimmie Johnson. Photo courtesy of Jonathan Ferrey/Getty Images

For that matter, given that Kyle Busch is the only active driver with as many as two premier series championships, it could be a very long time – if ever – before anyone ties the record seven titles won by Petty and subsequently matched by Dale Earnhardt (2010) and the newly retired Johnson.

As part of the NASCAR Hall of Fame’s “Dale Jr.: Glory Road Champions” exhibit, Petty, Earnhardt and Johnson each has his first and last championship car on display, along with cars from 12 other premier series champions. All 18 cars on Glory Road were personally selected by guest curator Dale Earnhardt Jr. (2021)

This week’s feature car from our “Dale Jr.: Glory Road Champions” exhibit at the NASCAR Hall of Fame is the No. 48 Hendrick Motorsports 2006 Chevrolet Monte Carlo that Johnson drove to his first of seven championships. 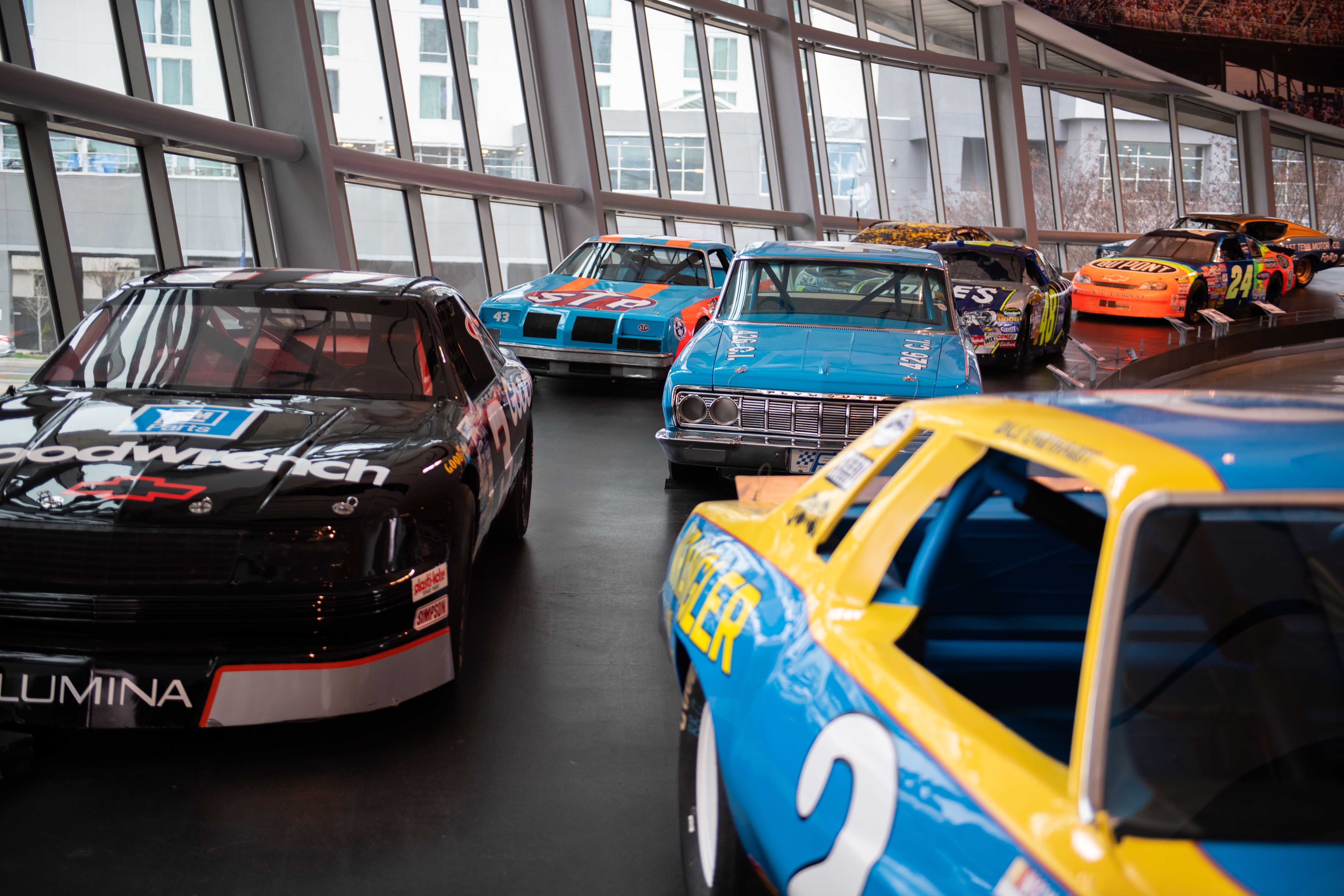 Each of the three seven-time champions is represented by his first and last title-winning car. Photo courtesy of Jamey Price

Johnson’s car represents the final year of NASCAR’s Generation 4 cars that competed from 1992-2006. Nicknamed “twisted sisters,” these cars bore little resemblance to their street counterparts with bodies that were asymmetrical, with flared, angular fenders.

The 2006 season was an impressive one for Johnson, as he opened the year in dominant fashion, with a victory in the Daytona 500, followed by a runner-up finish at Auto Club Speedway and then another victory, this one at Las Vegas Motor Speedway.

For the year, Johnson won five races, with 13 top-five and 24 top-10 finishes in his Hendrick Motorsports Chevrolet. He took his first championship by 56 points over 2003 title winner Matt Kenseth and 68 over Denny Hamlin.

The 2006 season was also a lucrative one financially, as Johnson’s race winnings, which are split among the team and the driver, were $15,875,125. That’s the most Johnson earned in any season. 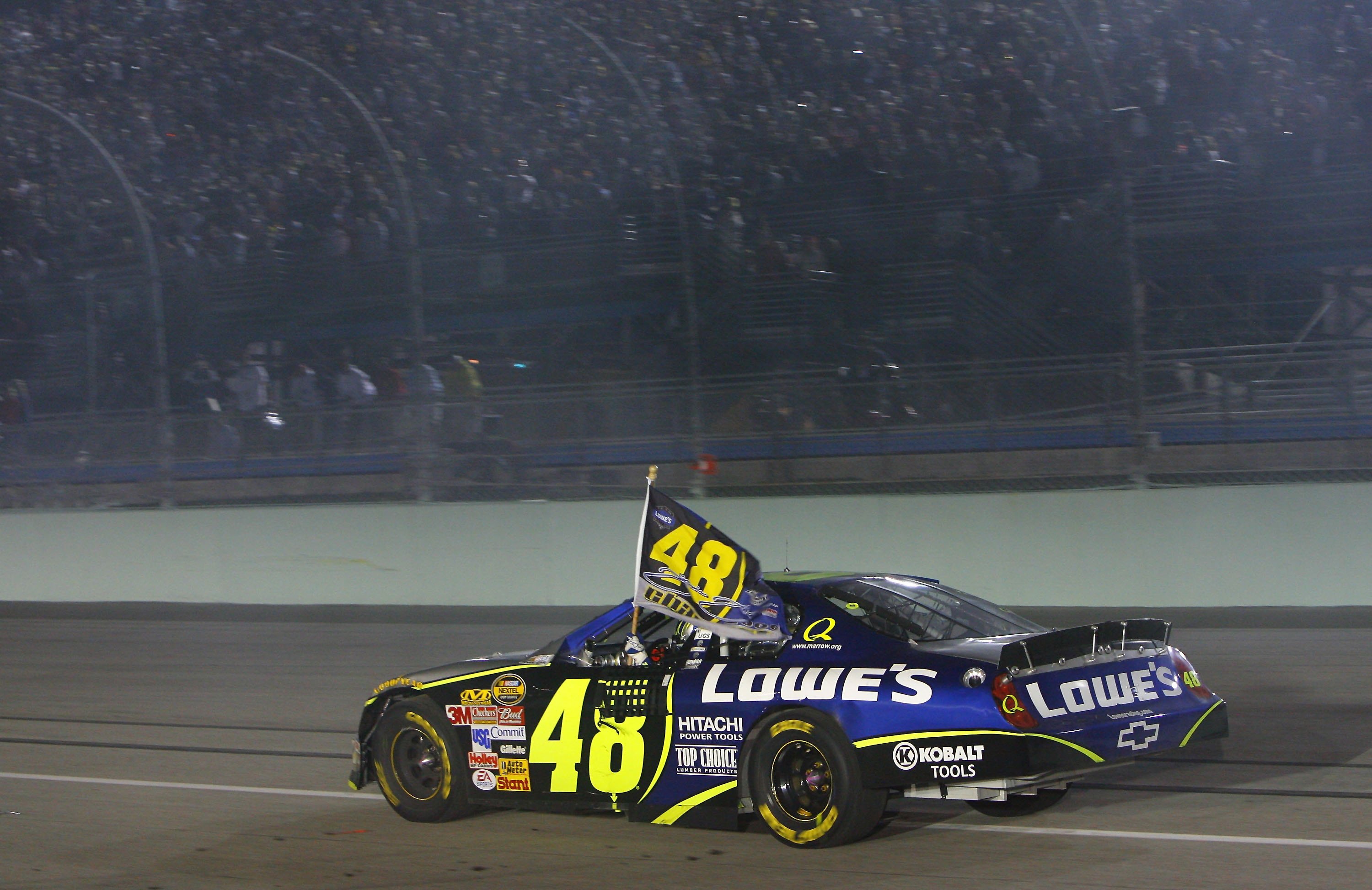 Little did anyone know that 2006 would start a record championship run for Jimmie Johnson. Photo courtesy of Rusty Jarrett/Getty Images for NASCAR

The 2006 title began Johnson’s incredible run of five straight championships and seven overall, tying him with Petty and Earnhardt.

For Earnhardt Jr. including two cars each from the three seven-time champions in the Glory Road exhibit was an easy decision.

“I love being able to celebrate Jimmie and Richard,” said Earnhardt Jr. “My dad was a seven-time champion, and I love to think of my father as the greatest who ever raced, but there’s two guys who accomplished as much as he did. There’s not many people who have won multiple championships, and here are three guys that have won seven.

“Jimmie’s five in a row is the most impressive accomplishment I believe we have in our sport today. The … run that he had is something that maybe we don’t really appreciate enough. I think as we get further down the road, people will begin to realize how truly special it is.”

There's not many people who have won multiple championships, and here are three guys that have won seven. 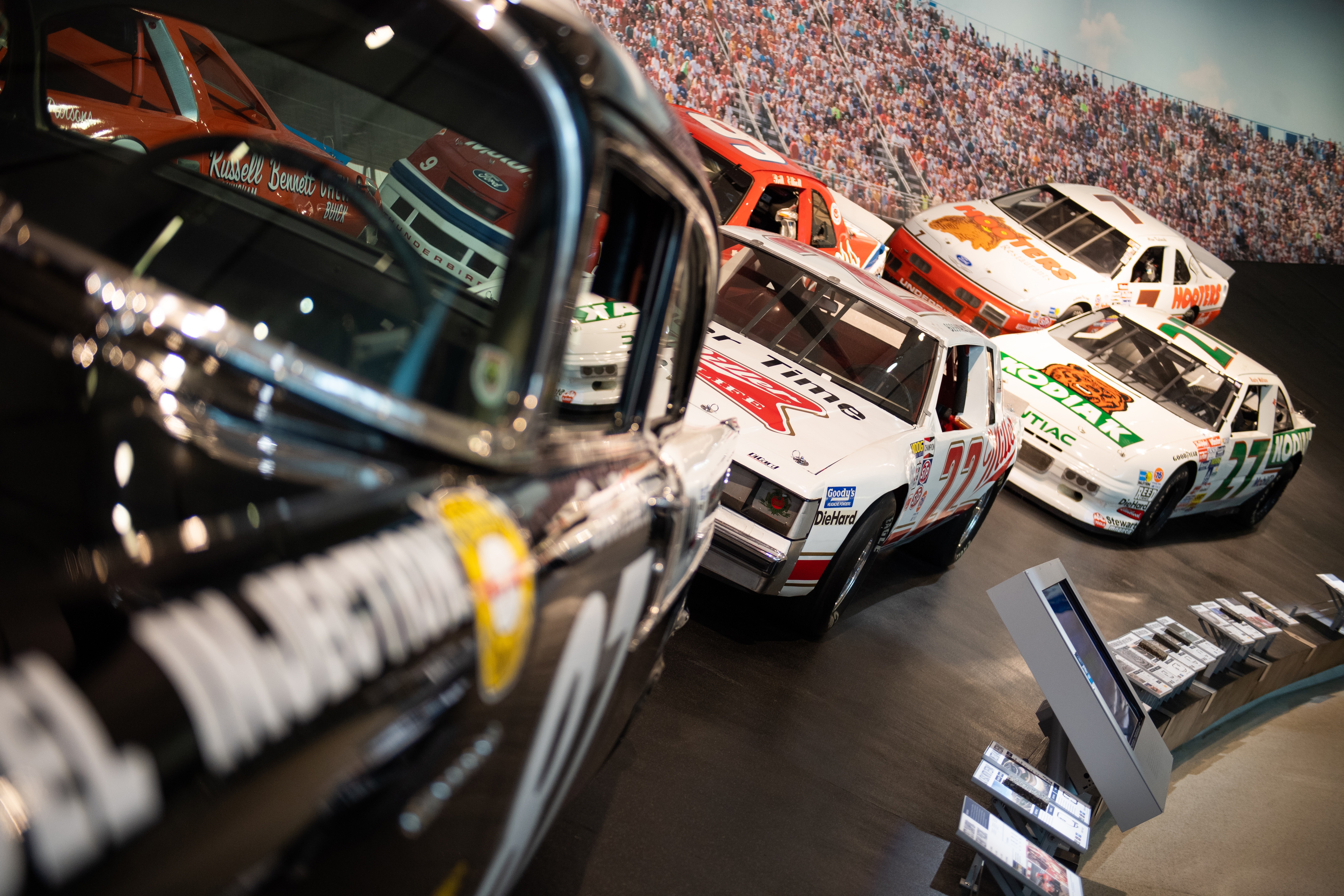