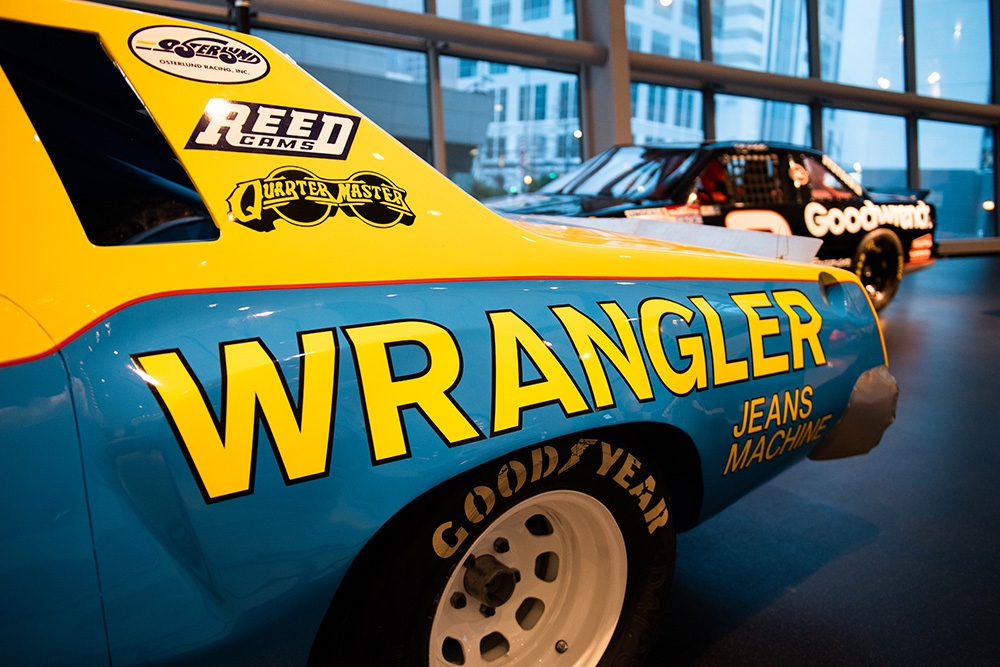 Curator’s note: The actual car that Hall of Famer Dale Earnhardt (2010) won the first of his seven NASCAR premier series championships with is now on display in the NASCAR Hall of Fame as part of the “Dale Jr.: Glory Road Champions” exhibit.

The final NASCAR premier series race of 1980 represented both the end of an era and a changing of the guard for the sport.

The season-ending Los Angeles Times 500 at Ontario Motor Speedway in Southern California saw second-year driver and rising star Dale Earnhardt come into the race 29 points ahead of fellow Hall of Famer Cale Yarborough (2012), who already had three championships to his credit. To claim a fourth title, Yarborough would have to win the race and hope that Earnhardt finished fifth or worse, without leading a lap. 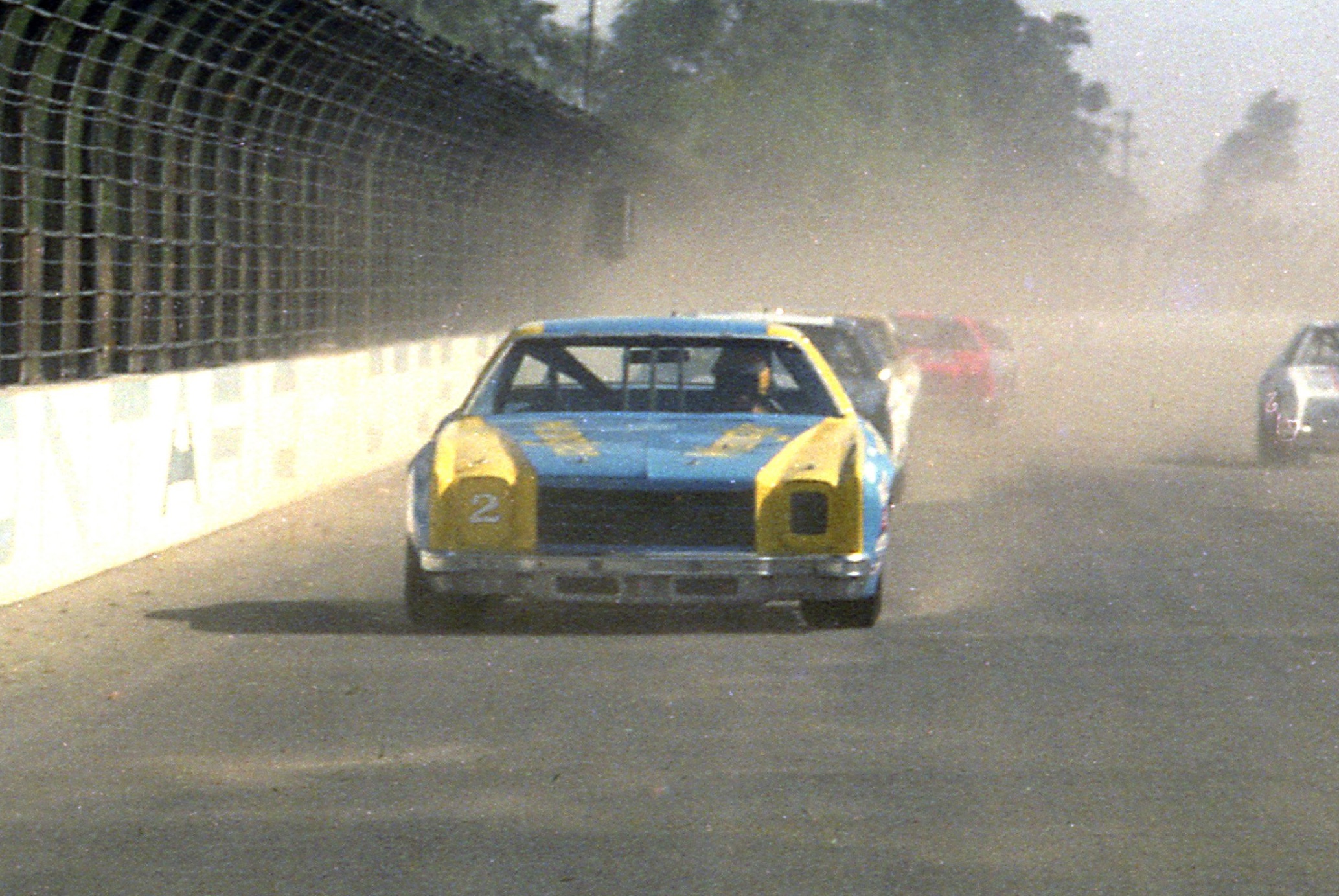 The race was significant for a number of reasons besides the championship battle.

The event was the ninth and final premier series race at Ontario, a flat 2.5-mile track that was built to the same dimensions as Indianapolis Motor Speedway. Once one of the finest racing facilities in the world, the Ontario track survived for only a decade and was about to be torn down to make way for commercial and residential real estate development.

But along with an ending, came a new beginning: The Los Angeles Times 500 was the first race that Earnhardt’s Rod Osterlund-owned No. 2 Chevrolet Monte Carlo carried sponsorship from Wrangler, which went on to have a lengthy relationship with the eventual seven-time champion.

As befitting of a title battle, the two Hall of Famers qualified on the front row, with Yarborough rolling off from the pole and Earnhardt second. Although both drivers led early, the man to beat, at least for the first two-thirds of the race, was Hall of Famer Darrell Waltrip (2012), who led 90 laps of the 200-lap event before the engine gave out in his DiGard Racing Chevrolet on Lap 145. 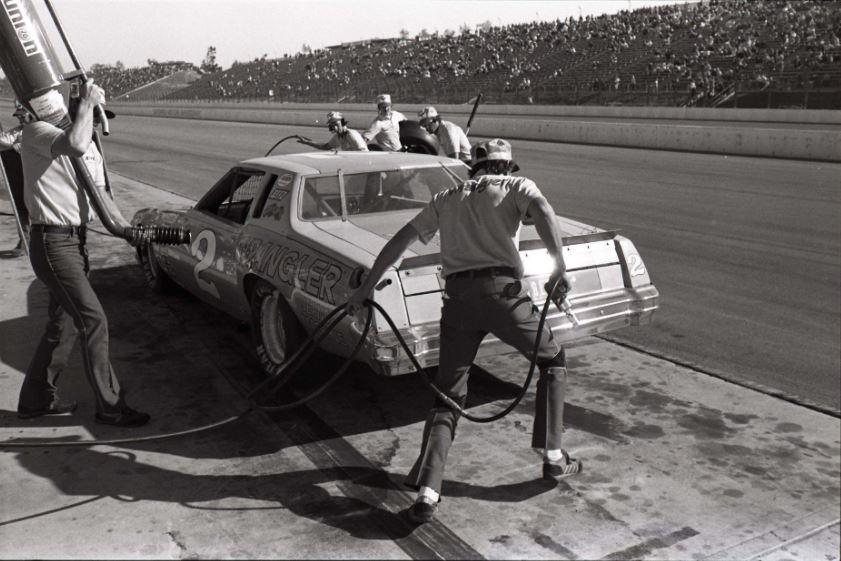 Dale Earnhardt Jr. personally oversaw the restoration of the car to ensure it was returned to the exact livery it carried when it raced.

And while Yarborough would lead 65 laps, in the end, it was Benny Parsons (2017) making the race-winning pass on Lap 193 to finish 6.13 seconds ahead of Neil Bonnett. After that came a trio of Hall of Famers, with Yarborough third, in front of Bobby Allison (2011) and Earnhardt. The fifth-place finish was enough to give Earnhardt his first title by a 19-point margin over Yarborough, who drove for team owner Junior Johnson (2010). It was Earnhardt’s only championship driving for a team owner other than Hall of Famer Richard Childress (2017). 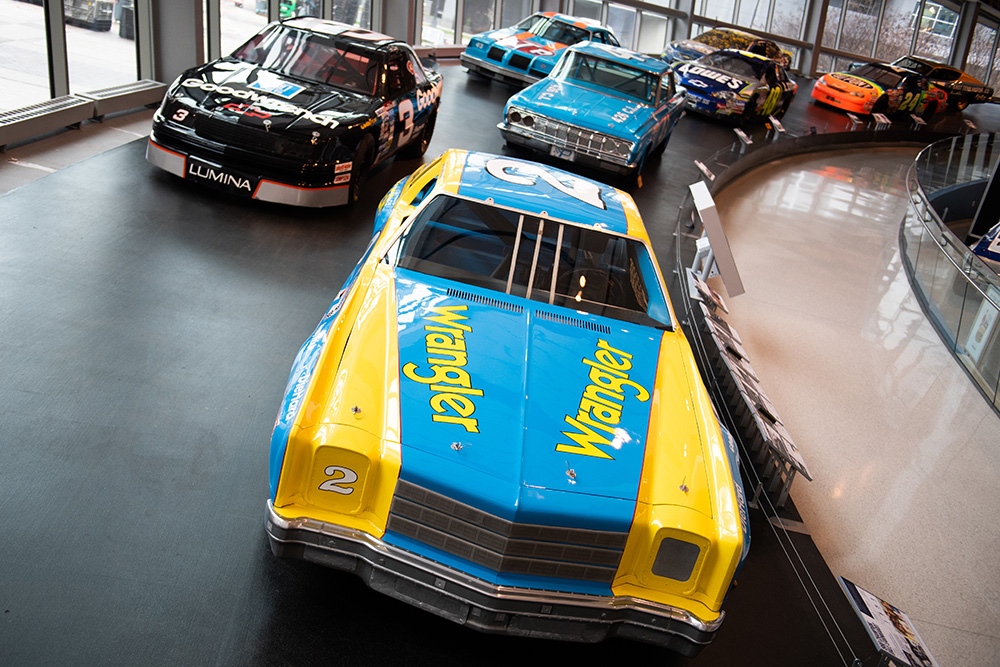 The car Earnhardt raced that day in Southern California is now on display at the Hall of Fame, where it will remain through January 2023. Owned by the state of Alabama, the car is on a lifetime lease to Dale Earnhardt Jr., (2021) who personally oversaw the restoration of the car to ensure it was returned to the exact livery it carried when it raced at Ontario in 1980.