You won’t believe the unusual race cars that some of NASCAR’s biggest stars drove during their Hall of Fame careers.

Chances are, if a driver makes it into the NASCAR Hall of Fame, he had a car he was closely identified with at the height of his career:

Richard Petty (2010) and the Petty Enterprises No. 43 Dodge Charger.

All three drivers piloted iconic race cars that were fan favorites. But they, and many of their fellow Hall of Famers, also had some rides that were less well-known, and in some cases, downright bizarre. This week’s Top-10 List features weird and wacky rides not normally associated with Hall of Fame drivers. 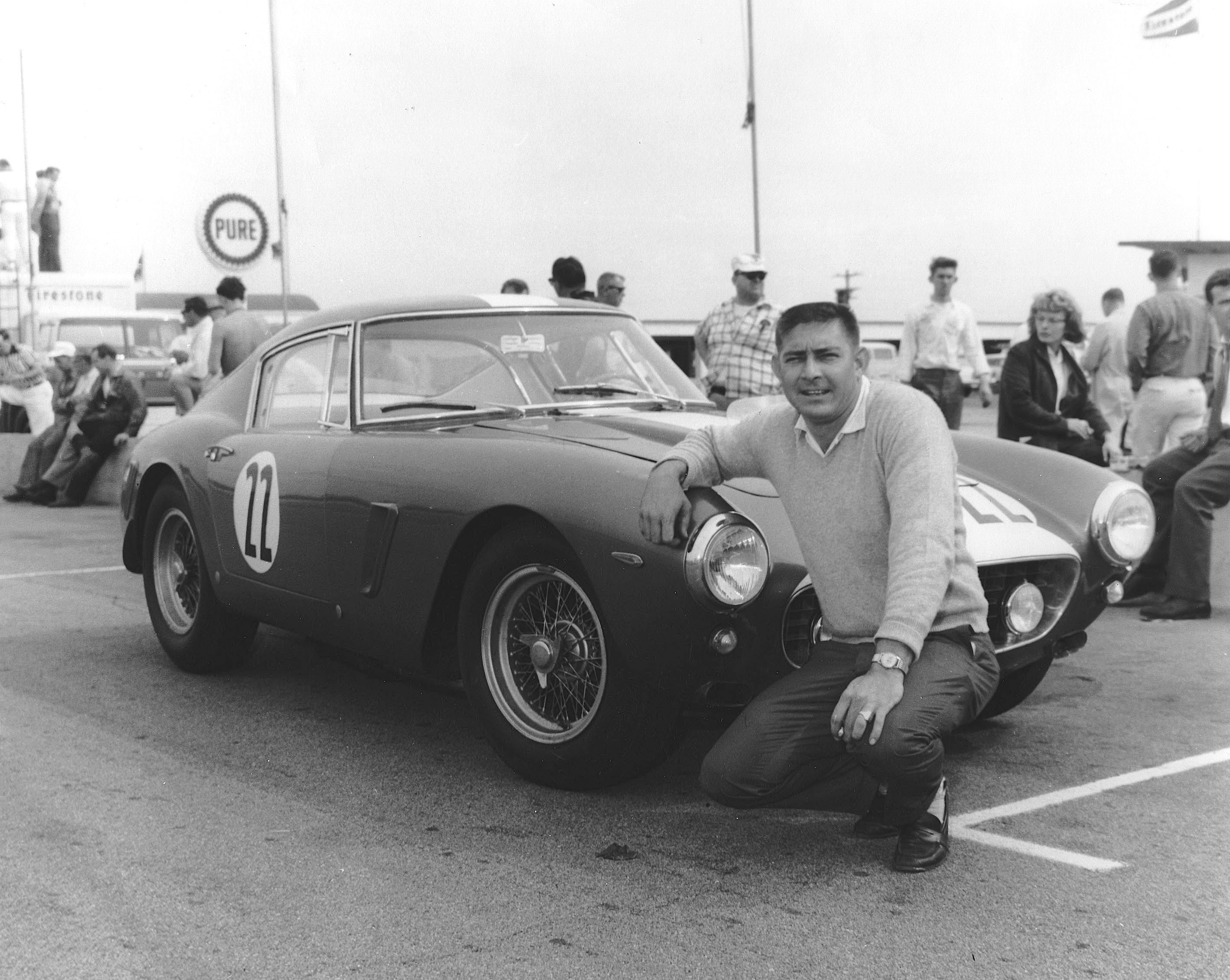 In 1962, Fireball Roberts (2014) swept the three premier series races at Daytona International Speedway, winning his Daytona 500 qualifying race, the Daytona 500 and the July 4th Firecracker 250 . But prior to those races, he finished 12th in the Daytona Continental sports car race at Daytona International Speedway, where he competed in a Ferrari. 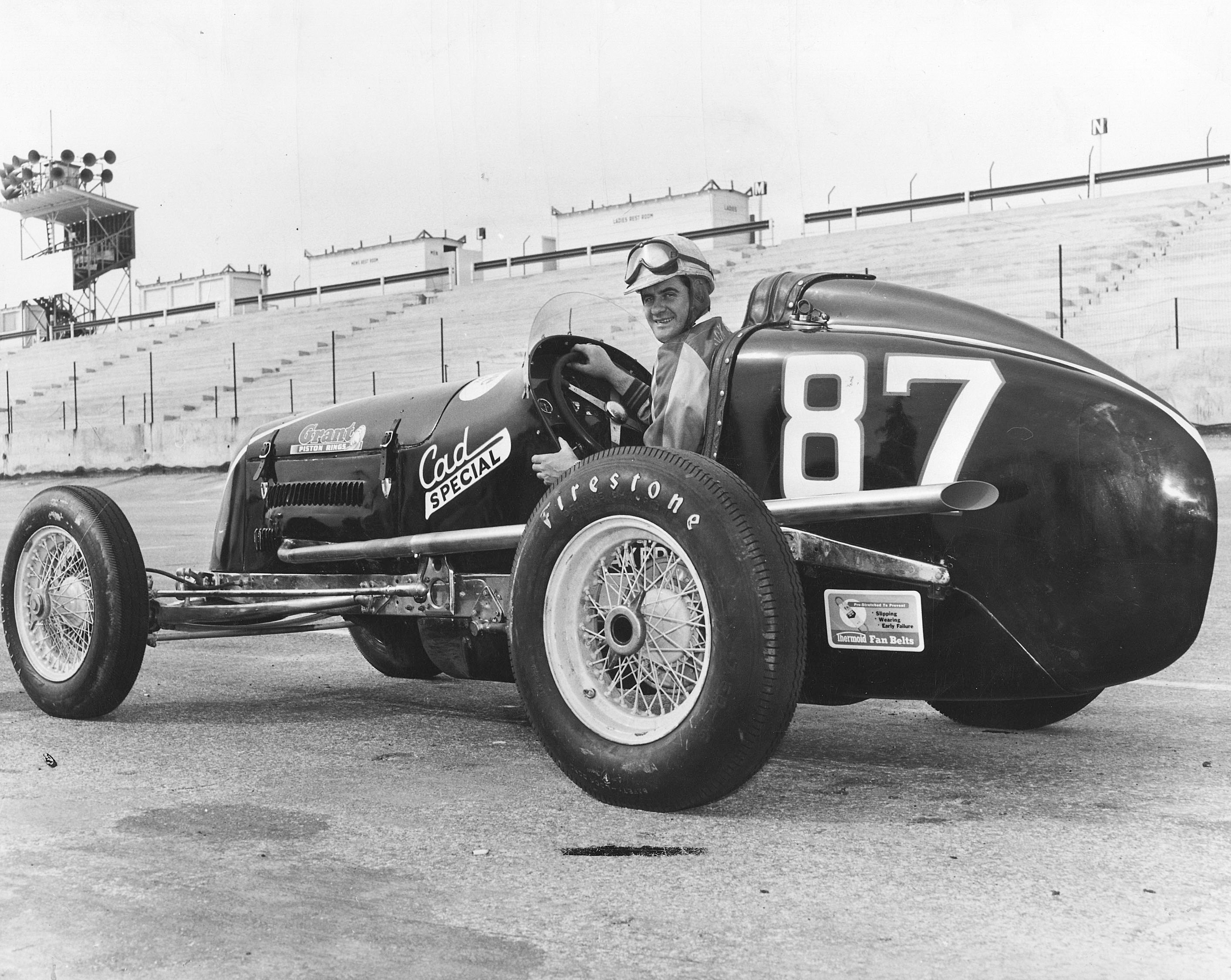 In the early days of NASCAR founder and chairman William H.G. France experimented with a lot of different racing formats and classes. NASCAR's Speedway Division featured older Indianapolis-type open-wheel cars using American passenger car engines instead of the elaborate Offenhauser racing engines. Buck Baker won the Speedway Division championship in its only full season of 1952 with this No. 87 open-wheel car. 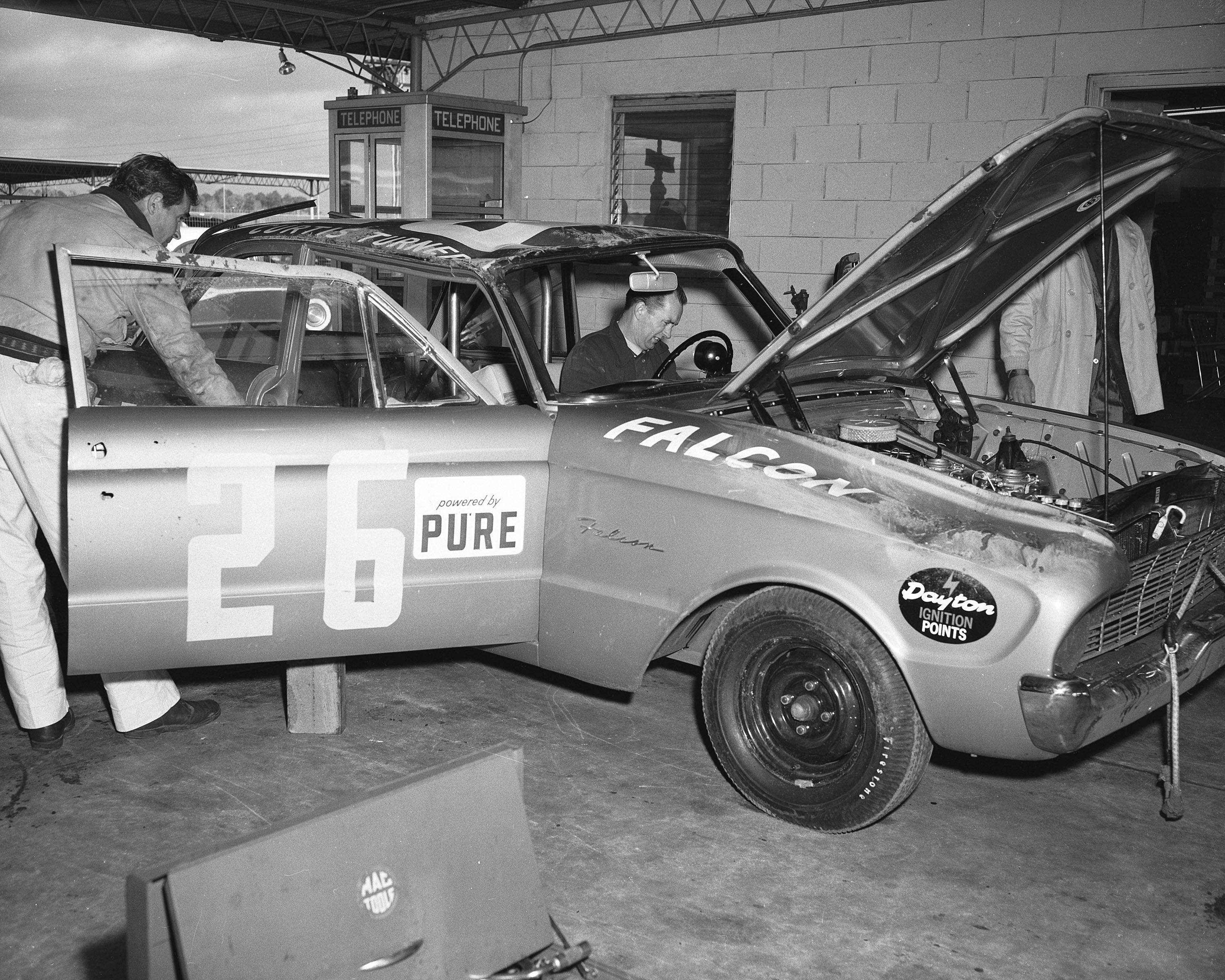 Mechanics checked out Curtis Turner’s Ford Falcon after a minor crash in a 1960 race at Daytona International Speedway. Photo courtesy of NASCAR Archives and Research Center via Getty Images

In 1960, each of Detroit’s Big Three U.S. automakers added compact-car models to their respective lineups. NASCAR was quick to capitalize on the economy movement, adding a Compact Car Division that featured a star-studded lineup of drivers when it raced for the first time at Daytona in 1960. 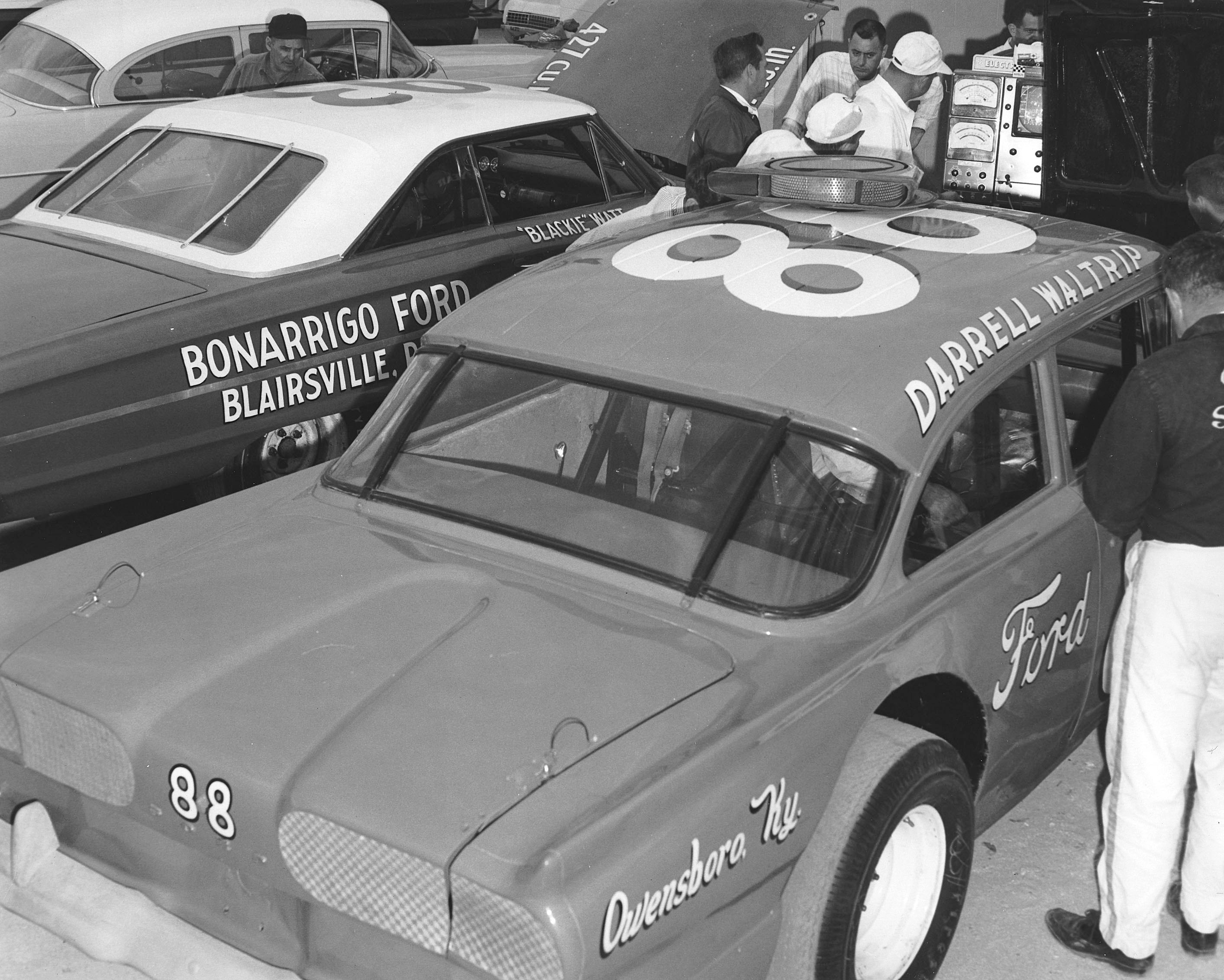 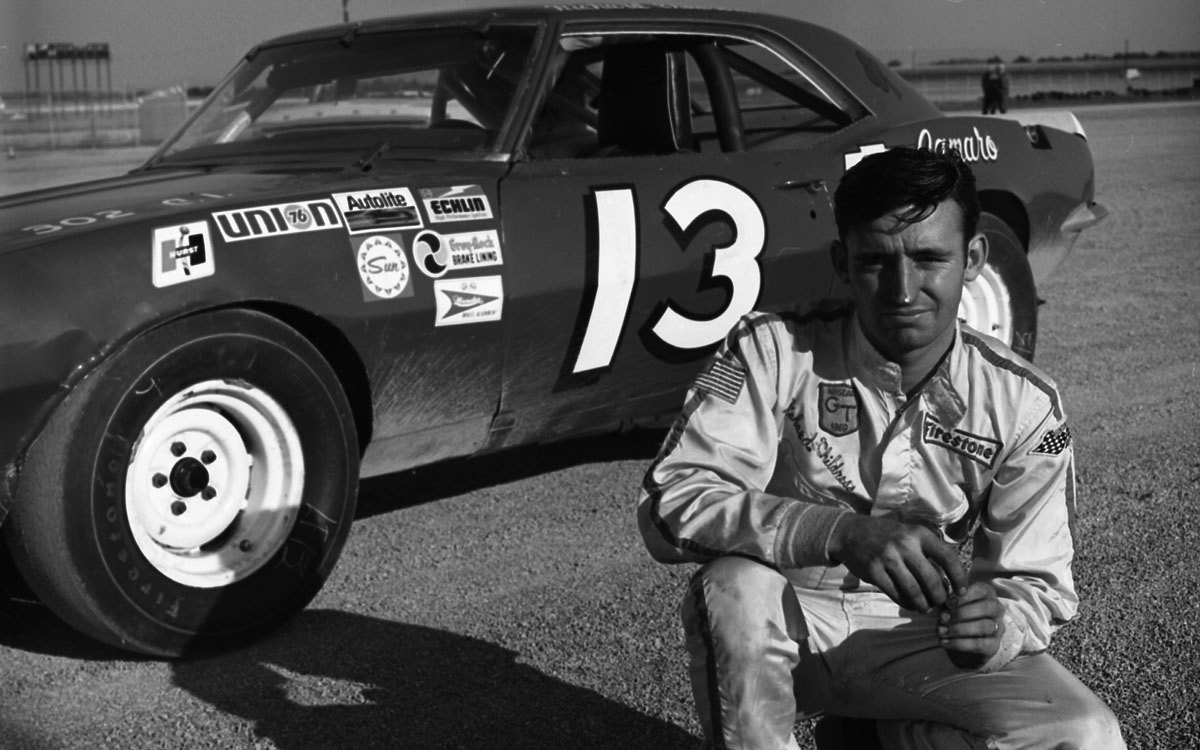 Faced with a driver boycott over safety concerns for the inaugural premier series race at the track now known as Talladega Superspeedway in 1969, NASCAR chairman William H.G. France offered extra money for the drivers who competed in the Grand American Division support race to stay and fill out the field in the main event. One of those drivers was Richard Childress (2017), who built his race car from a wrecked Chevrolet Camaro street car he had purchased for $400. Childress ran both races, finishing 23rd in the premier series tilt. He left Talladega with enough cash to buy the land for his first shop. 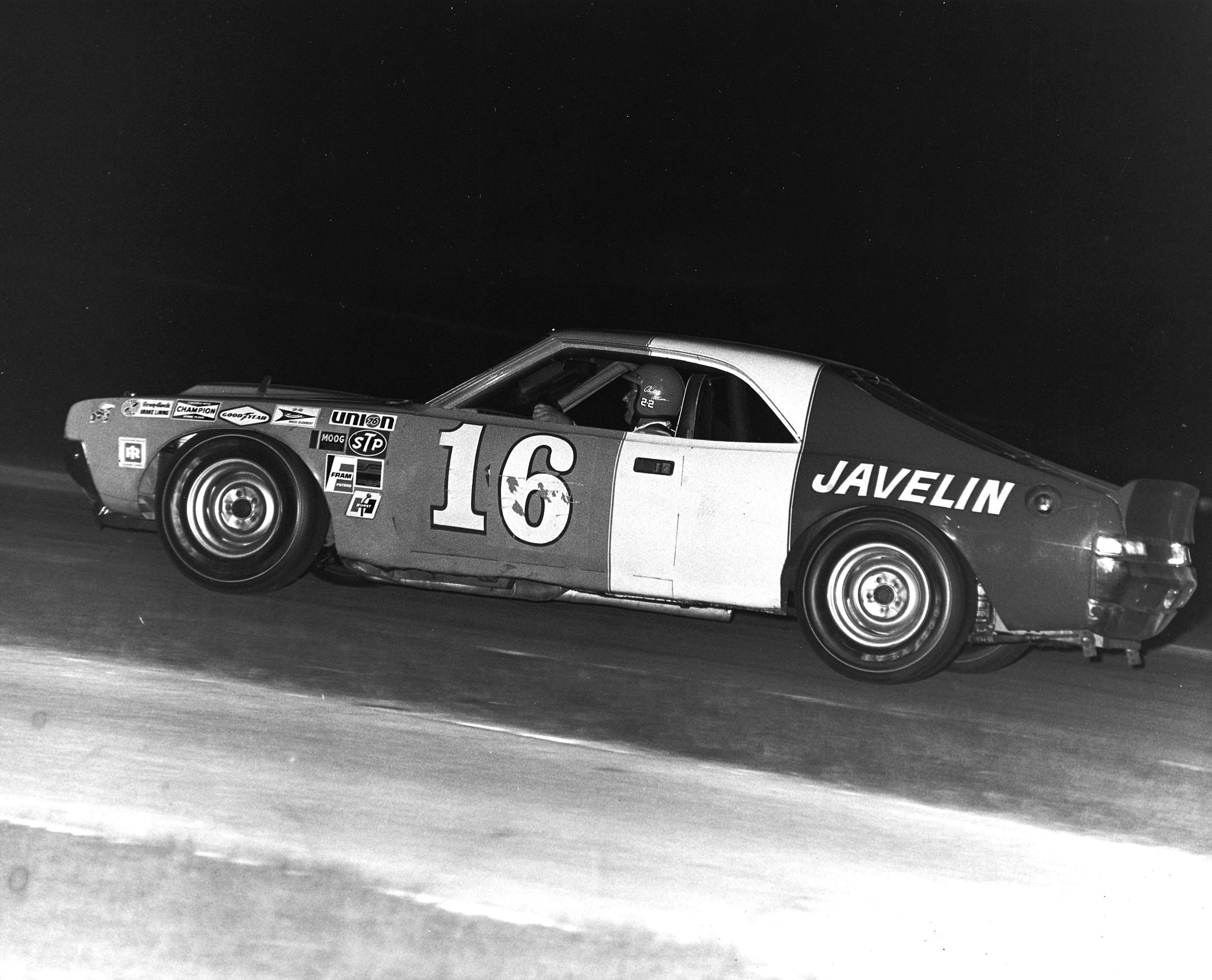 During his Hall of Fame career, Bobby Allison demonstrated his versatility. Photo courtesy of NASCAR Archives and Research Center via Getty Images

No matter what he drove, Bobby Allison was always a threat to win. He showed his talent in a number of NASCAR classes, including the Grand American Series. In the 1970 Paul Revere 250 at Daytona International Speedway, Allison won the pole in his American Motors Javelin and led five laps before a broken valve on Lap 12 dropped him to a 21st place finish. 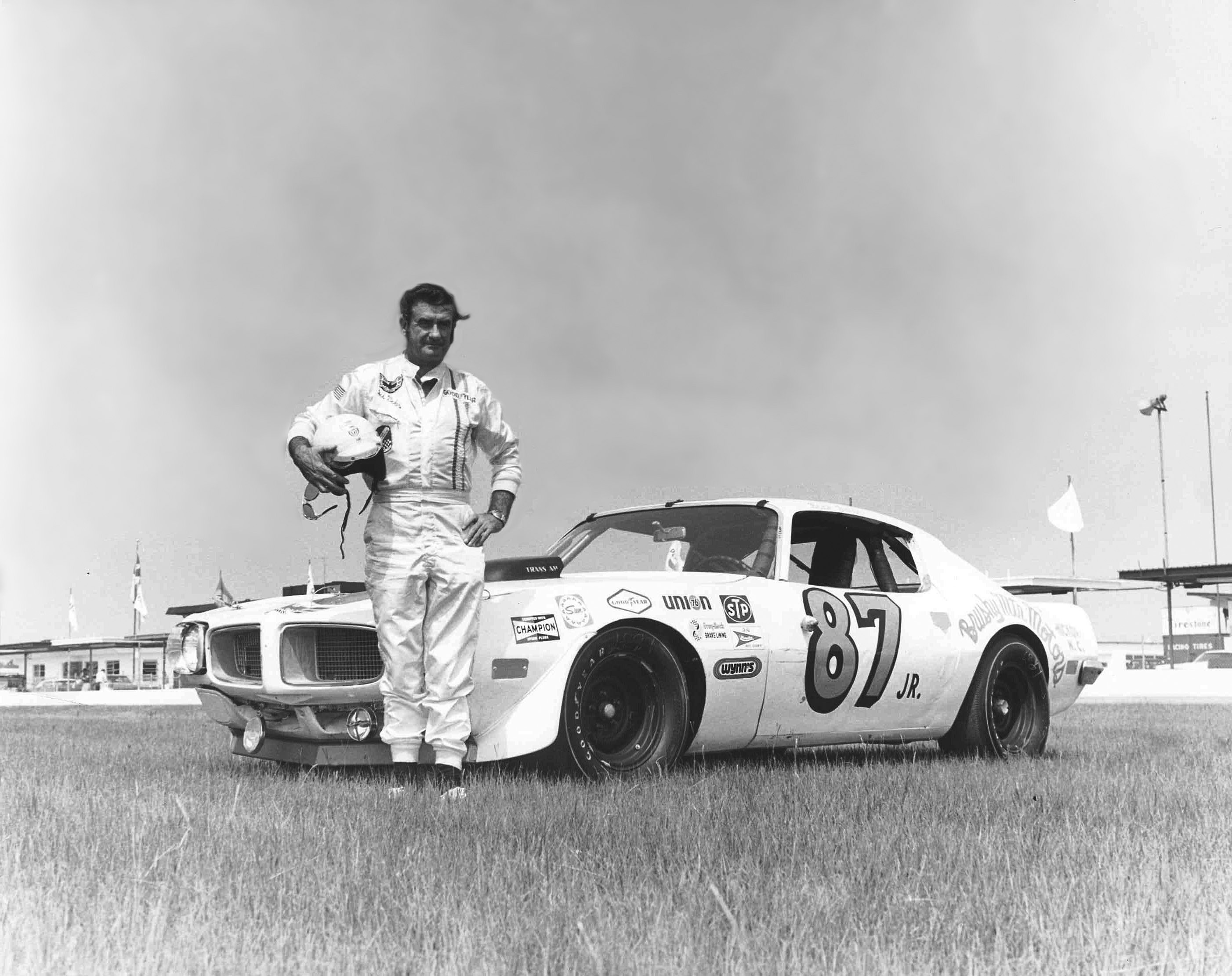 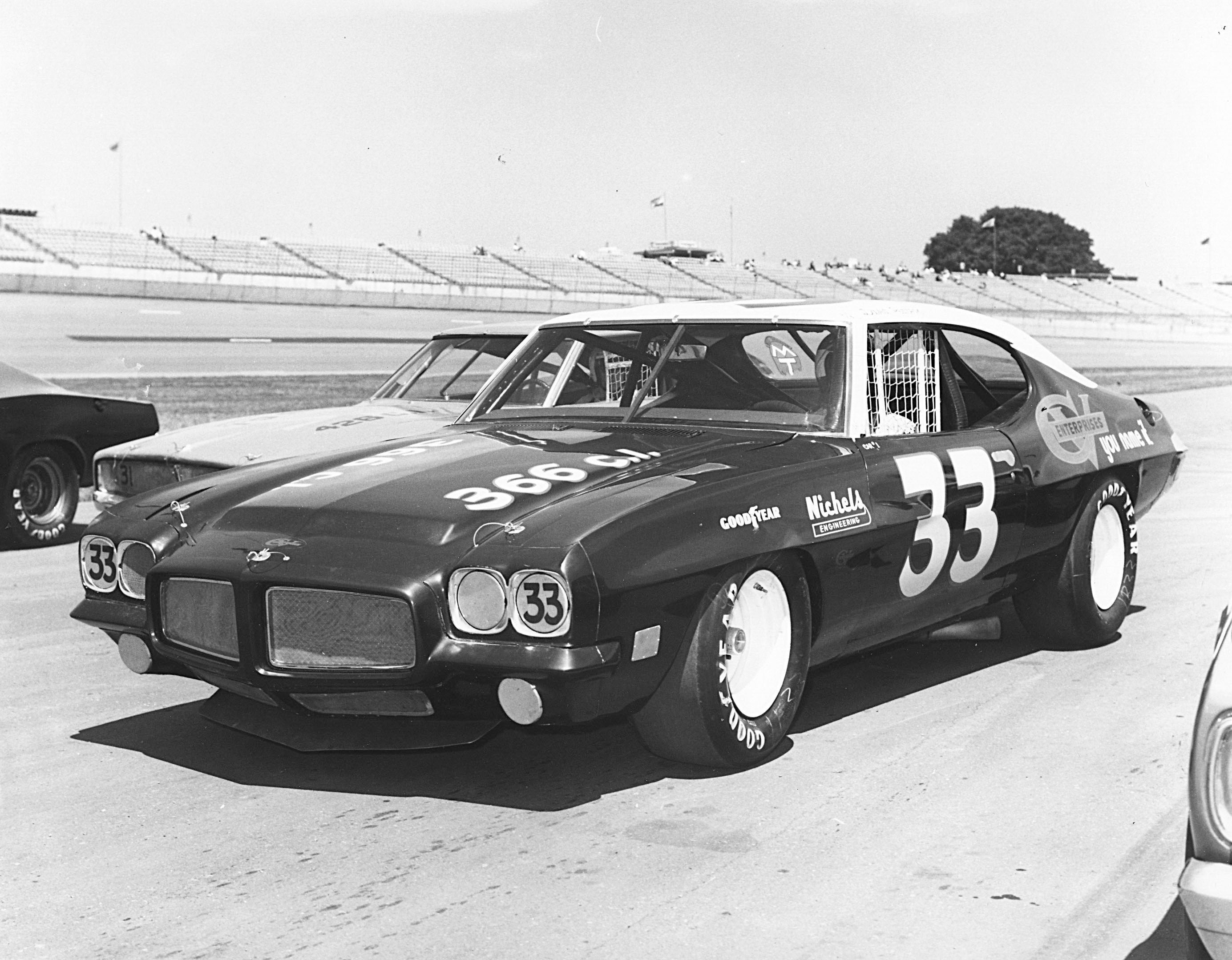 There certainly weren’t many Pontiac GTOs in NASCAR, but David Pearson drove this one for five races in 1971. Photo courtesy of NASCAR Archives and Research Center/CQ-Roll Call Group via Getty Images

Between the time he won his third premier series championship in 1969 and began a streak of massive success driving for Wood Brothers Racing starting in 1972, Hall of Famer David Pearson drove a Pontiac GTO owned by businessman Chris Vallo for five races in late 1971. All five races ended with DNFs for various mechanical failures, and four years later, Vallo pled guilty in federal court to 17 different charges, including income tax and bank fraud, along with firearms violations. 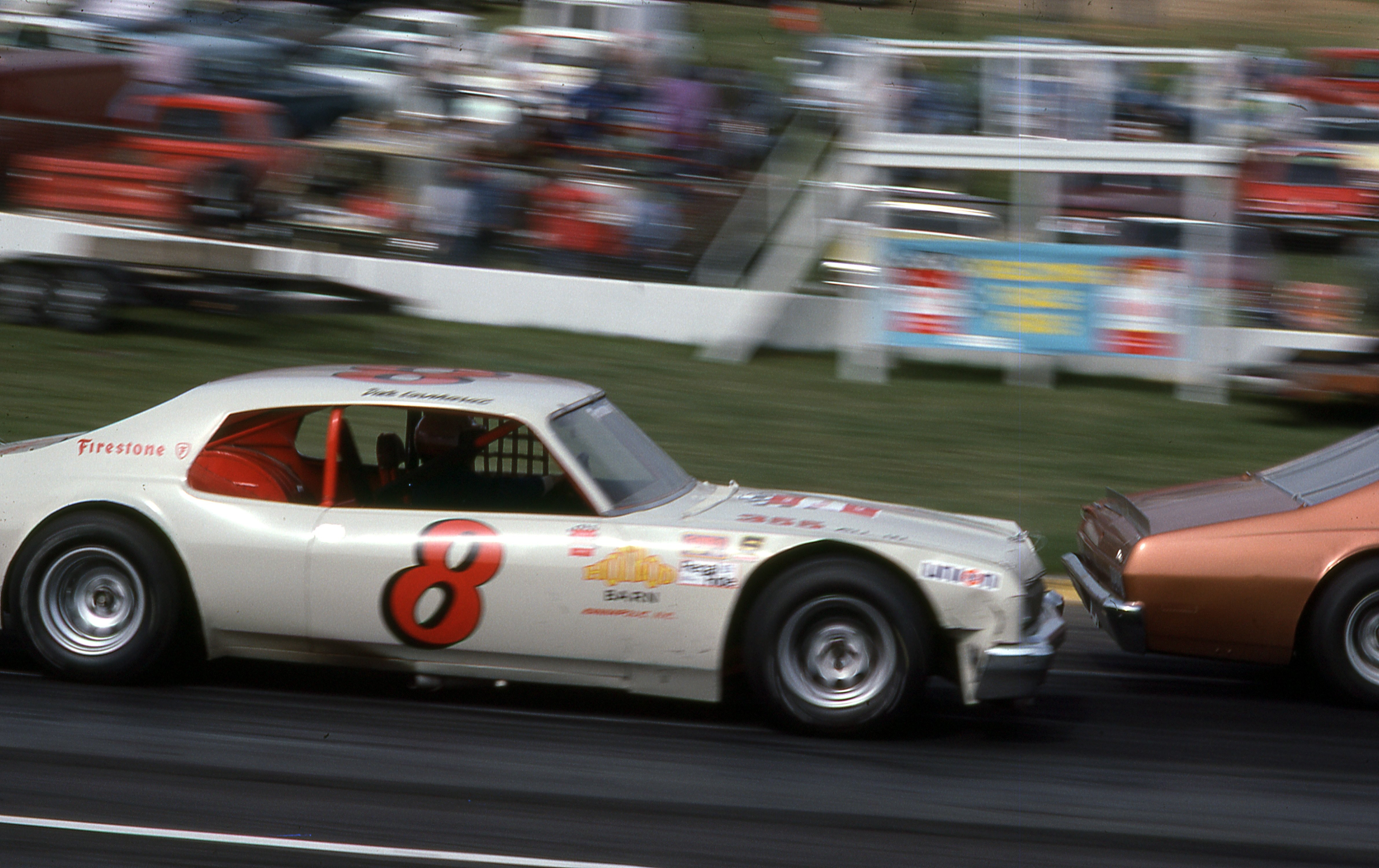 Even back in 1977 at Martinsville Speedway, Dale Earnhardt wasn’t afraid to rattle someone’s cage. Photo courtesy of Dozier Mobley/Getty Images

Long before he became a superstar, the late Dale Earnhardt was one of the most tenacious short-track drivers in the Southeast. Two years before he moved up to the premier series full-time in 1979, Earnhardt raced an unsponsored late model carrying the No. 8, the same number used by his father, Ralph Earnhardt 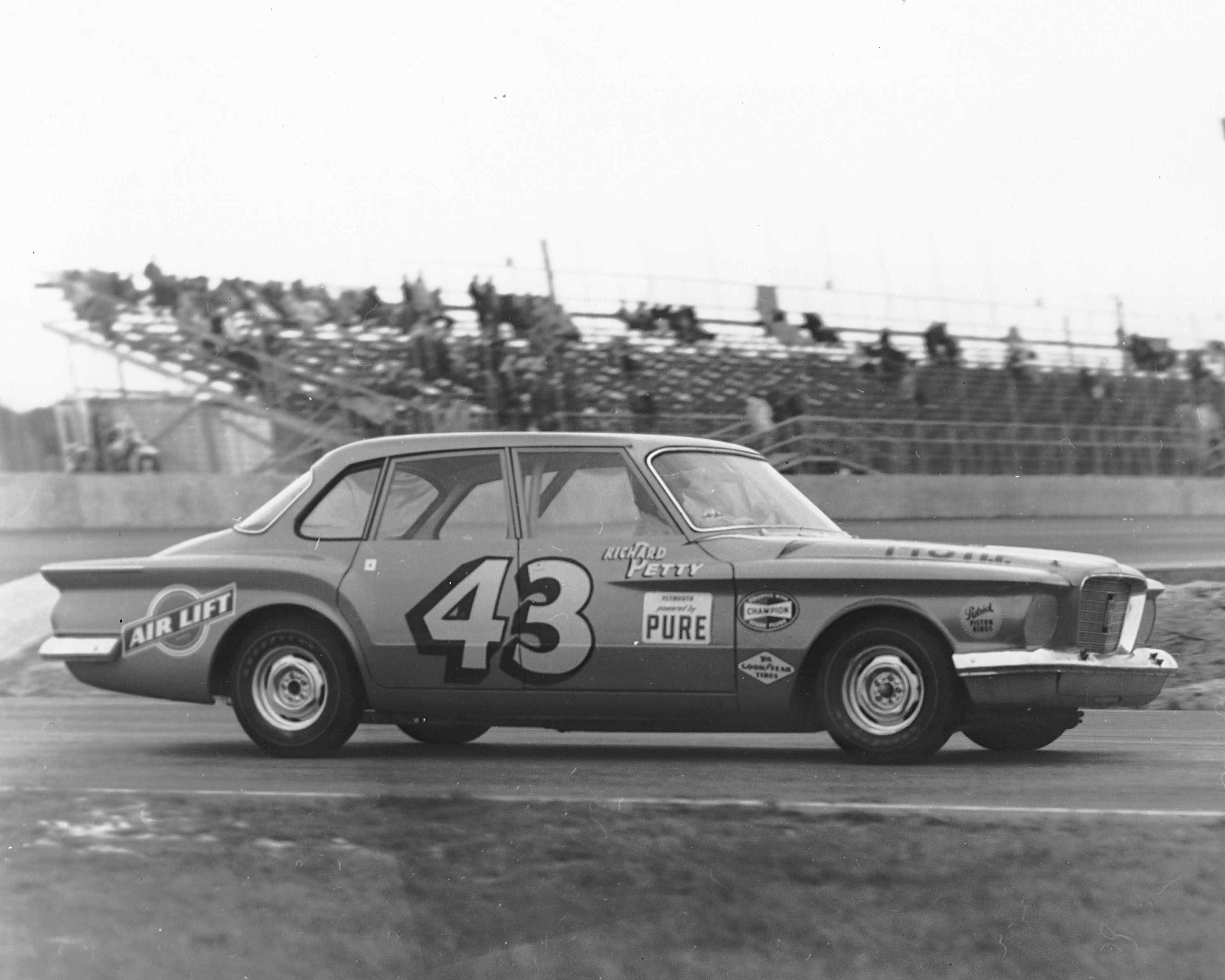 Yes, that really is Richard Petty behind the wheel of a Plymouth Valiant. Photo courtesy of NASCAR Archives and Research Center via Getty Images

Talk about cognitive dissonance: Richard Petty drove some of the most successful and ferocious Chrysler Corp stock cars of all-time: The all-conquering 1967 Plymouth that won a record 27 races in 1967, the Dodge Chargers that dominated in the first half of the 1970s, and, of course, the legendary winged Plymouth Superbird of 1970. And then there’s this: A 1960 Plymouth Valiant with four doors, skinny tires and an anemic “Slant 6” six-cylinder engine. Petty was one of several NASCAR stars who competed in the sanctioning body’s Compact Car Division race at Daytona International Speedway. 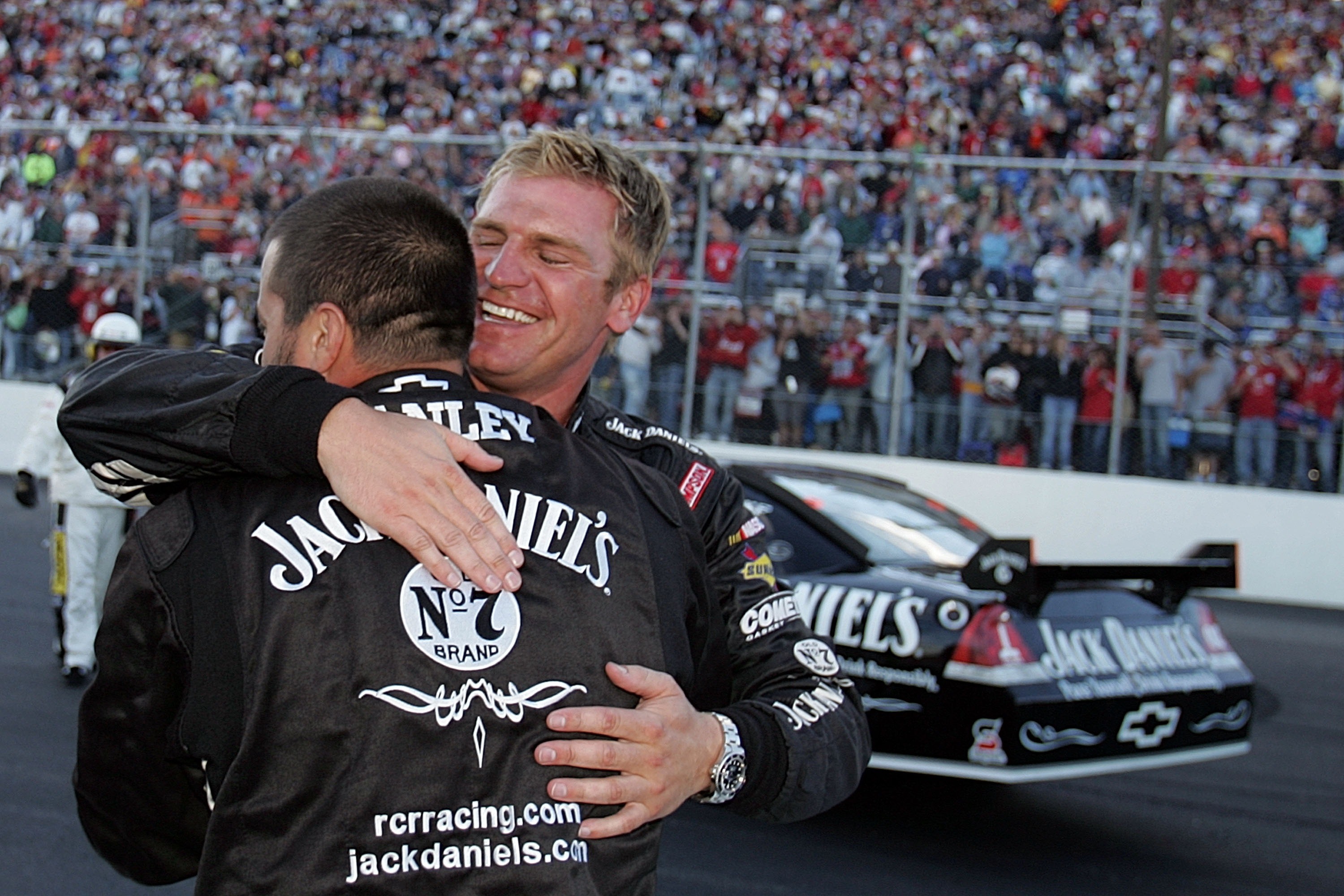 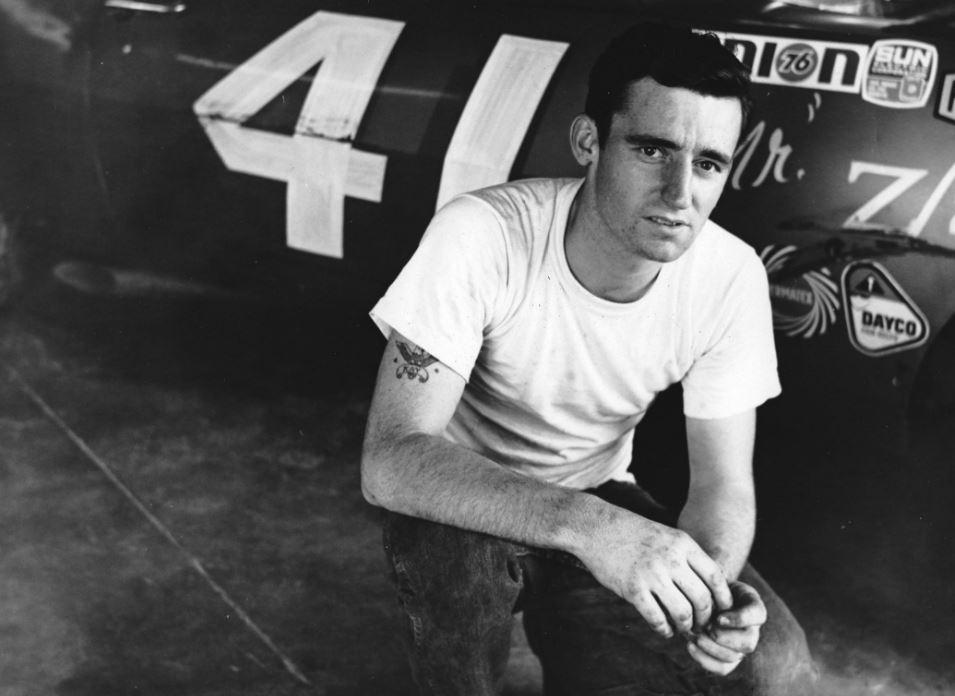 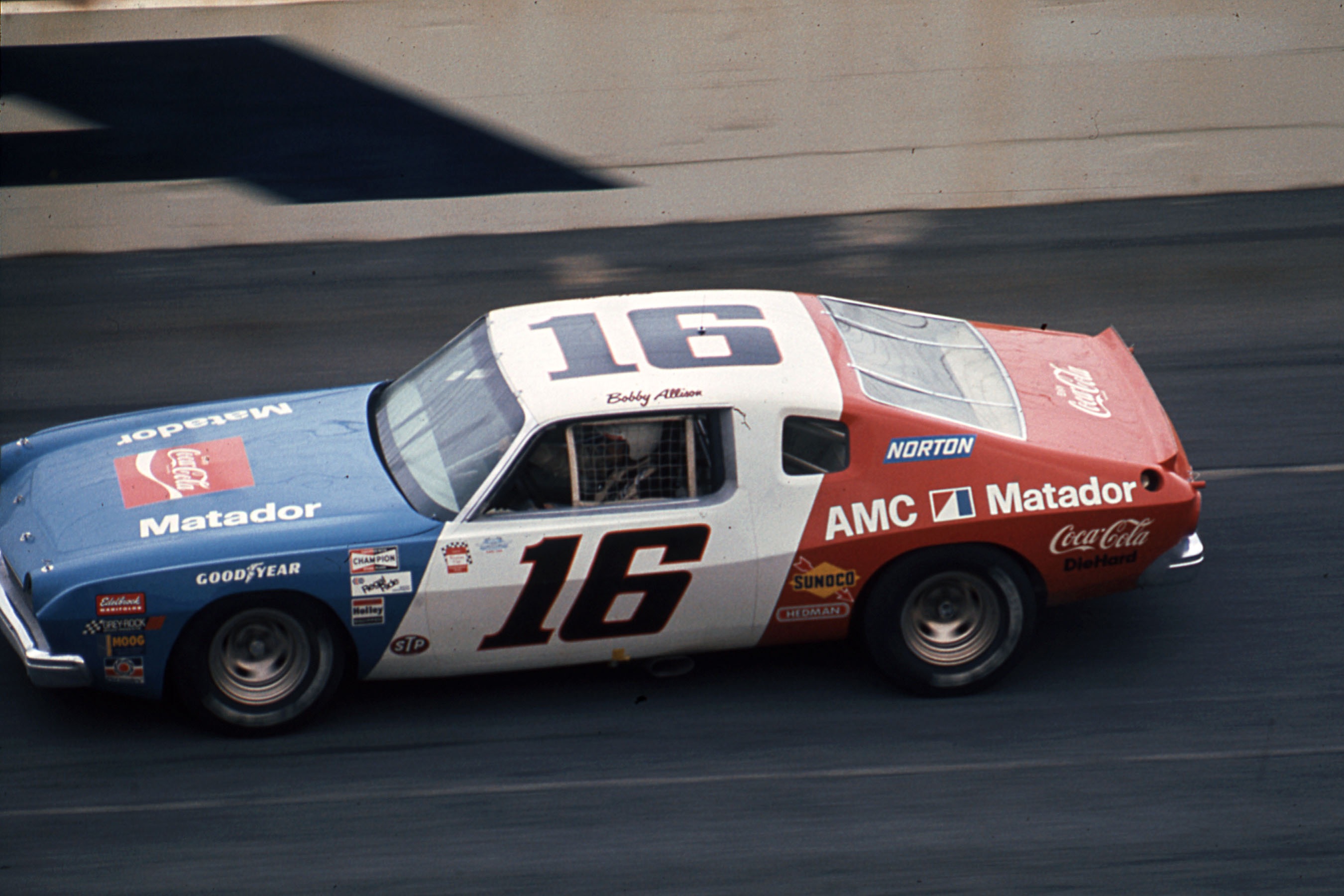