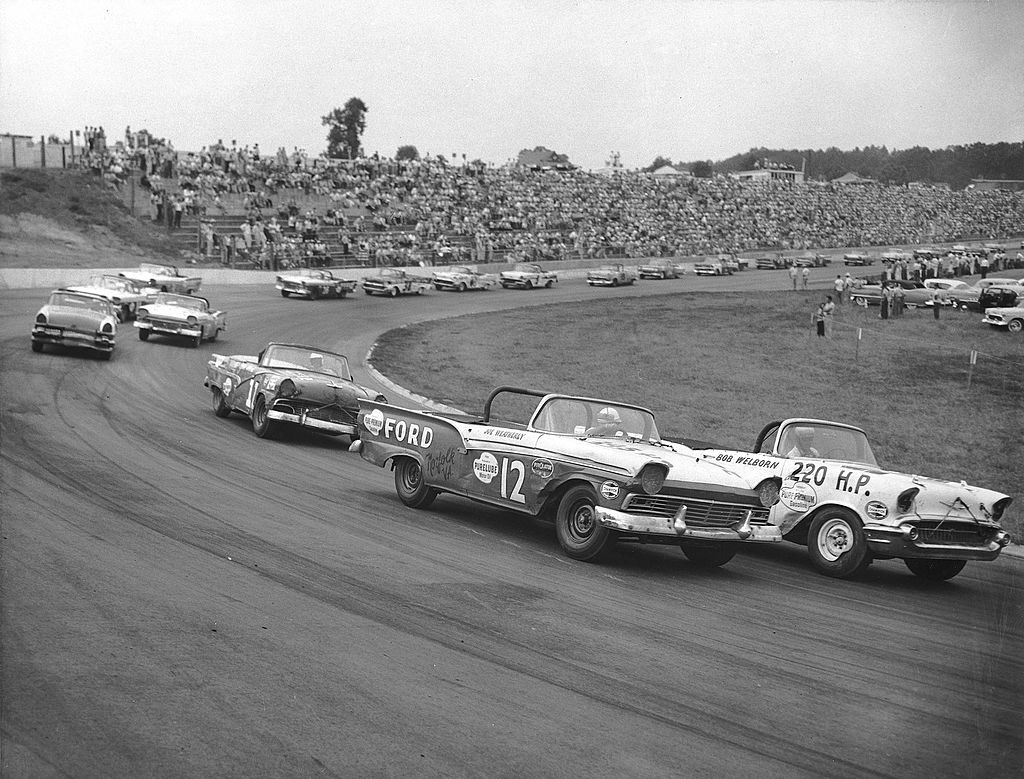 This content has been unlocked thanks to the generous contributions of our members, which help us preserve the history and heritage of our sport. For more behind-the-scenes looks and exclusive membership content, consider becoming a NASCAR Hall of Fame member at nascarhall.com/membership.

NASCAR has a long and rich history dating back to 1948, and it’s got more than its share of mythology, too. When it comes to Halloween, the spookiest holiday of the year, history and mythology collide in a big way.

Seven years later, Weatherly tragically would become the reason for a huge NASCAR superstition that persists to this very day. Weatherly won consecutive premier series championships in 1962 and ’63, but on Jan. 19, 1964, he was killed in a crash during the Motor Trend 500 at Riverside International Raceway while driving a Mercury owned by fellow Hall of Famer Bud Moore (2011).

As legend has it, two $50 bills were found in Weatherly’s breast pocket after his crash. While never conclusively proven one way or the other, this rumor was immediately perceived as meaning big bills were bad luck. Even now, NASCAR drivers avoid $50 bills at all costs, especially on race day. Dale Earnhardt (2010), for one, made no bones about his dislike of $50 bills.

Drivers have plenty of other superstitions: Some eat exactly the same meal every race day; others wear a lucky t-shirt or get dressed in the same order prior to each race.

Yet another example is the lucky rabbit’s foot Martin Truex Jr. carried in his fire suit during his championship run in 2017. And the color green and peanut shells on pit road are thought to bring bad luck, so both are strictly taboo.

So is this witch’s brew of superstitions real or imagined? Hard to say definitively, but there’s little doubt that some drivers believe the superstitions, which in the end is all that matters.