Jimmie Johnson’s first championship car shows how much has changed in NASCAR in recent years. 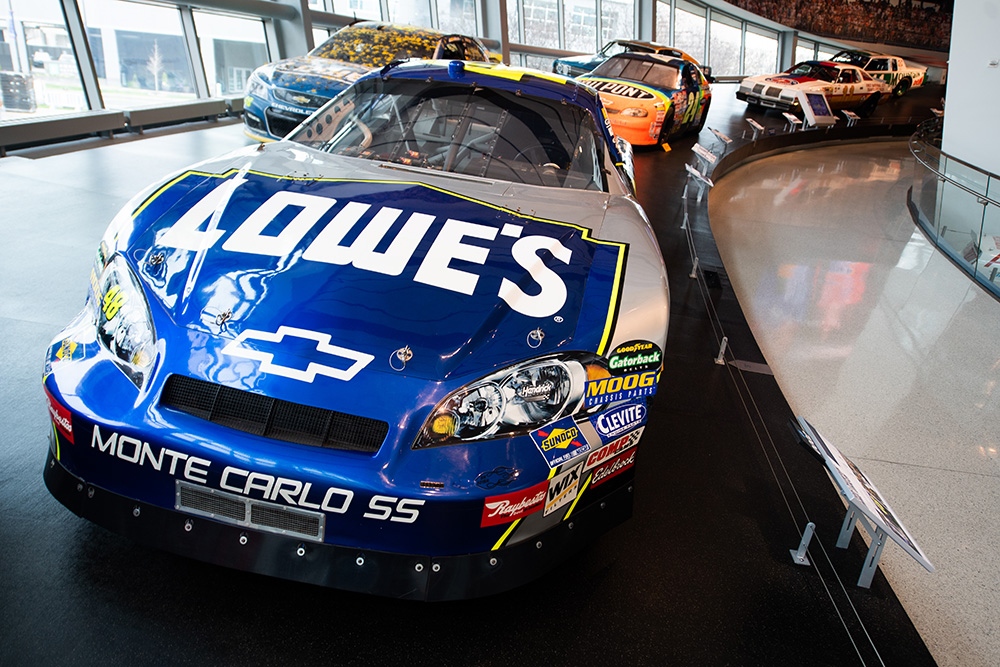 This is the car Jimmie Johnson drove to his first of seven NASCAR championships, including a record five in a row. Photo courtesy of Jamey Price

When Dale Earnhardt Jr. (2021) agreed to serve as guest curator for the NASCAR Hall of Fame’s latest iteration of Glory Road, he had several things he wanted to see: All 18 vehicles on Glory Road should be premier series championship winners and as many as possible should be real race cars and not show cars.

Earnhardt also asked that all three seven-time premier series champions – Hall of Famers Richard Petty (2010) and Dale Earnhardt (2010), plus Jimmie Johnson – should have two cars each in the exhibit that came to be known as “Dale Jr.: Glory Road Champions.”

Specifically, Earnhardt wanted the first and last championship cars of the three seven-time champions to be featured. Earnhardt’s request meant that for the first time in the Hall of Fame’s history, there would be drivers represented by more than one vehicle on Glory Road. 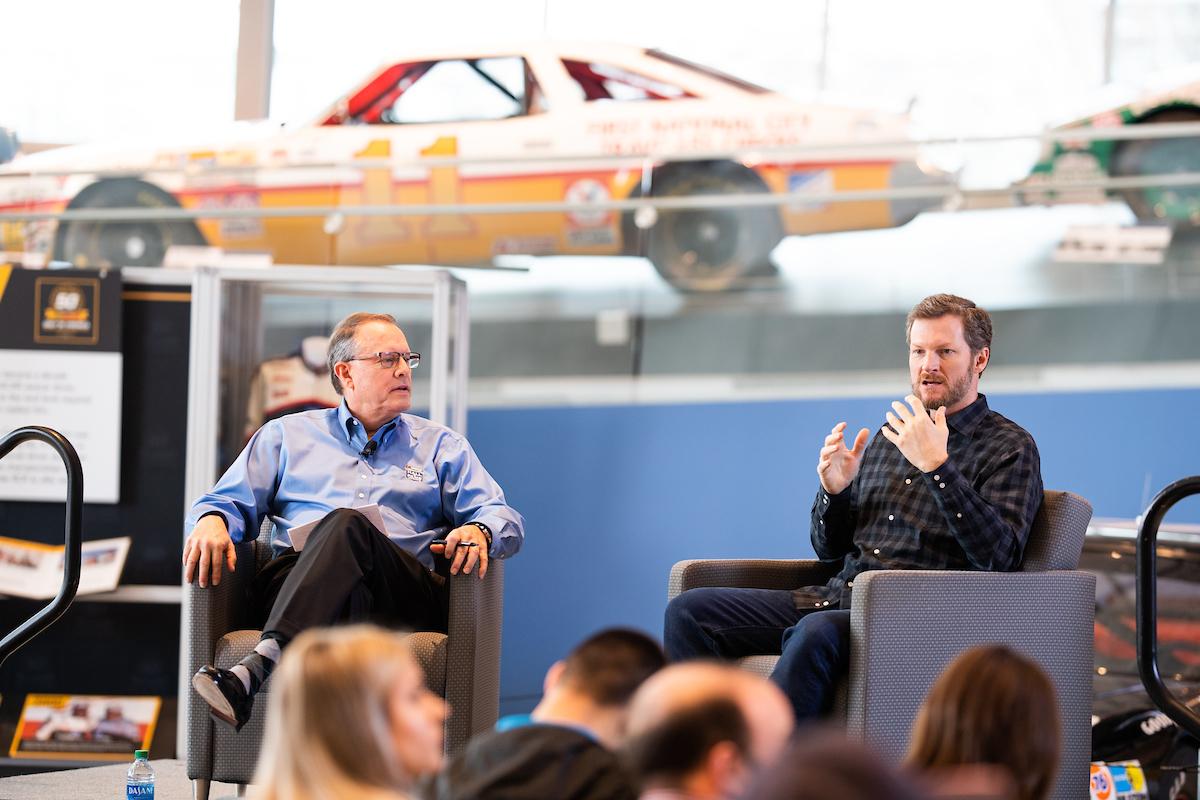 In January of 2020, Dale Earnhardt Jr. and Winston Kelley discussed the new rendition of Glory Road in the Great Hall. Photo courtesy of Jamey Price

In Johnson’s case, that meant including his No. 48 Hendrick Motorsports Chevrolet Monte Carlo from 2006, the final full year of NASCAR’s Generation 4 race cars as well as his 2016 car. First introduced in 1992, the Gen 4 cars came to be nicknamed “Twisted Sisters” because of the radical contouring of their body work.

Over the lifetime of the Gen 4 era, the cars gradually got more and more convoluted, with asymmetrical bodywork that including different width and shape front fenders to gain maximum downforce. The unusual body lines were most noticeable in 2006, the final full campaign for the Gen 4 entries.

Gen 4 cars came to be nicknamed “Twisted Sisters” because of the radical contouring of their body work.

Which brings us to Johnson’s first championship season.

By the time the 2006 NASCAR season rolled around, Johnson already was a force to be reckoned with. Although he lost out on rookie-of-the-year honors to Ryan Newman in 2002, Johnson was a threat to win most everywhere he and his No. 48 Hendrick Motorsports team raced.

During his first four seasons in the premier series, Johnson won 18 races, finishing second in points in both 2003 and ’04, as well as fifth in points in ’02 and ’05. But after being a serious title contender for four consecutive years and coming up short each time, some wondered if Johnson was destined to be the best driver of his generation to never win a championship. 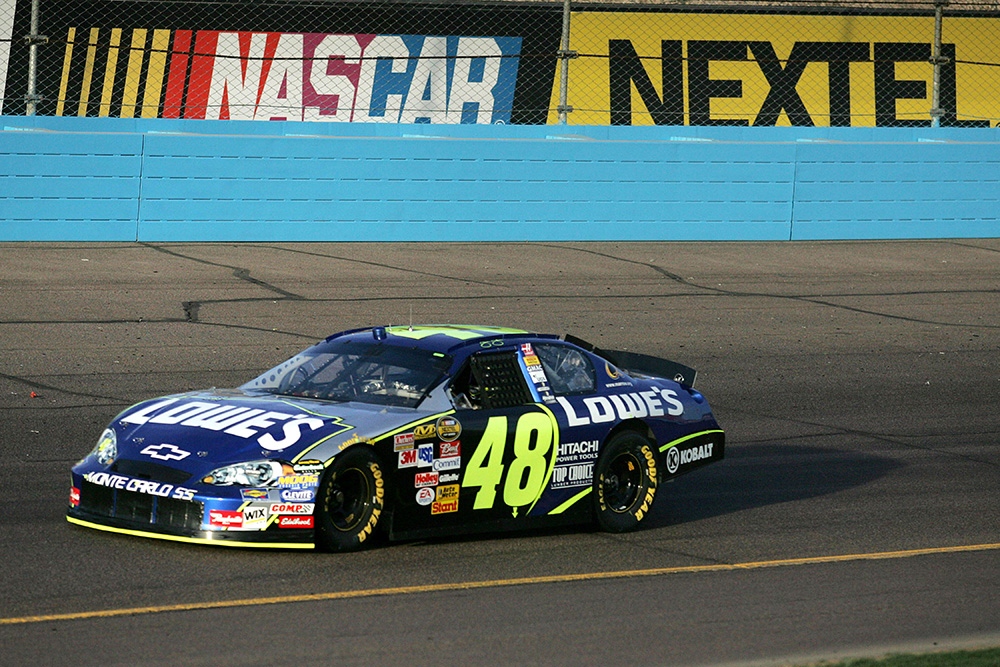 When Jimmie Johnson earned his first championship in 2006, it launched a record-breaking streak for the Southern California native. Photo courtesy of NASCAR Archives & Research Center via Getty Images

Those concerns proved to be spectacularly overblown.

In 2006, Johnson won five more races, including the season-opening Daytona 500 and posted career bests in average finish (9.7) and earnings, winning $15,875,125 as he claimed his first of seven championships.

The 2006 title sent Johnson off of on a truly remarkable journey to earn five consecutive championships, a record likely to go unchallenged for a very long time. In fact, only Hall of Famer Cale Yarborough (2012) has won as many as three in a row. 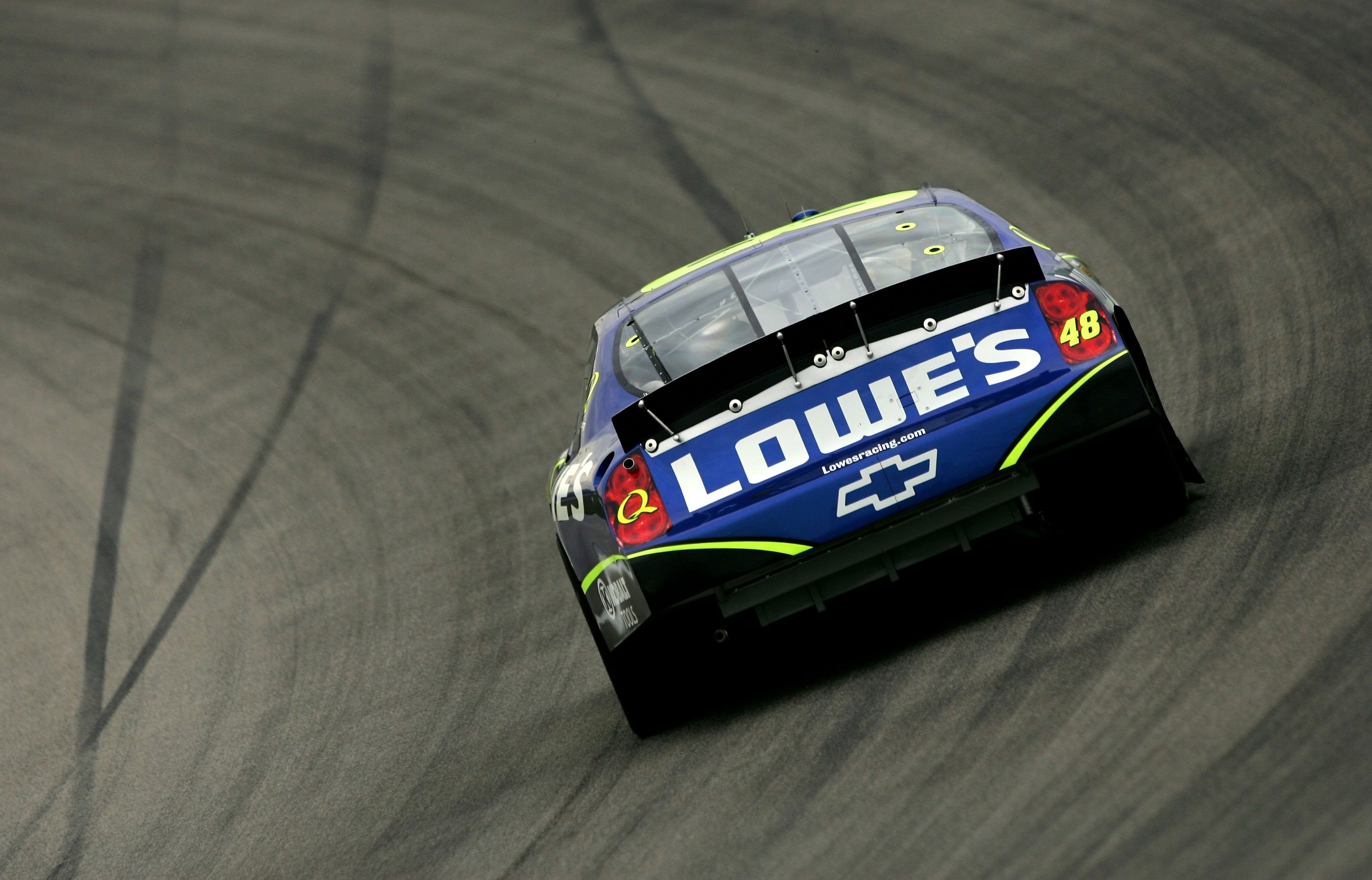 The rear of the Gen 4 bodies were also sculpted for maximum aerodynamic performance. Photo courtesy of Robert Laberge via Getty Images

NASCAR, meanwhile, figured out that the Twisted Sisters did not look enough like their production counterparts on the showroom floor. As a result, NASCAR mandated nearly symmetrical bodies starting in 2007, with today’s cars a serious visual upgrade over the Gen 4 models of yesteryear.

Still, the 2006 No. 48 Chevrolet Monte Carlo holds a special place in NASCAR history and in Johnson’s career. 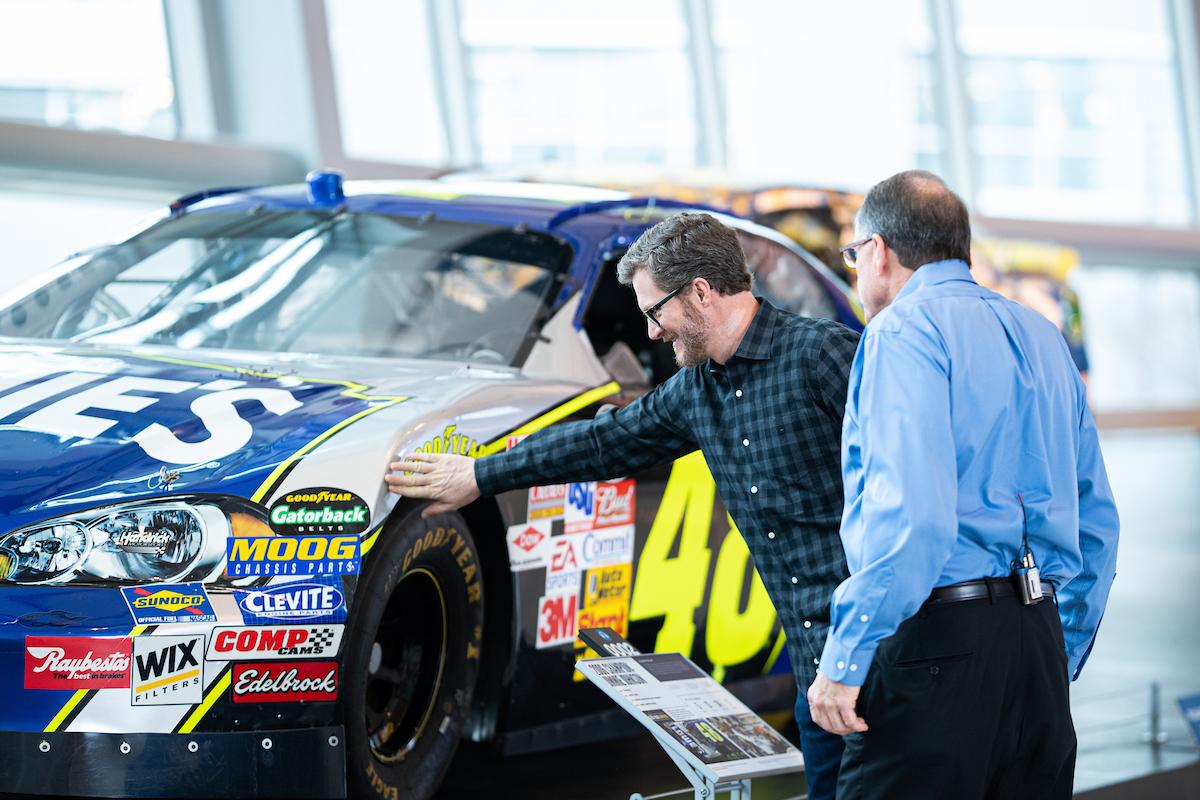