Here are the 10 NASCAR Hall of Fame inductees who won the most races as team owners.

The simplest way to earn a spot in the NASCAR Hall of Fame? Win. Win early and win often. First start winning races and then win championships.

This week’s Top-10 List features the 10 NASCAR Hall of Fame inductees with the most victories as car owners. Collectively this august group of owners won a remarkable 1,444 premier series races and 49 championships as of the conclusion of the 2020 NASCAR season.

A decorated World War II veteran who took part in the D-Day invasion of Europe, Bud Moore (2011) was an outstanding mechanic, crew chief and team owner. In 1962 and ‘63, Moore was the car owner for Hall of Famer Joe Weatherly’s (2015) consecutive premier series championships.

In late 2009, Rick Hendrick (2017) helped broker a deal to make driver Tony Stewart (2020) half owner of a premier series team with California businessman Gene Haas. Success came quickly, with Stewart winning a title in 2011, the third year of Stewart-Haas Racing. The team added a second title in 2014 with driver Kevin Harvick.

Wood Brothers Racing was a family business started by Virginia native Glen Wood (2012) in the 1950s. In its early days, the team rarely raced for championships, although it claimed the premier series owner title in 1963, the same year Tiny Lund delivered the team’s first Daytona 500 victory. 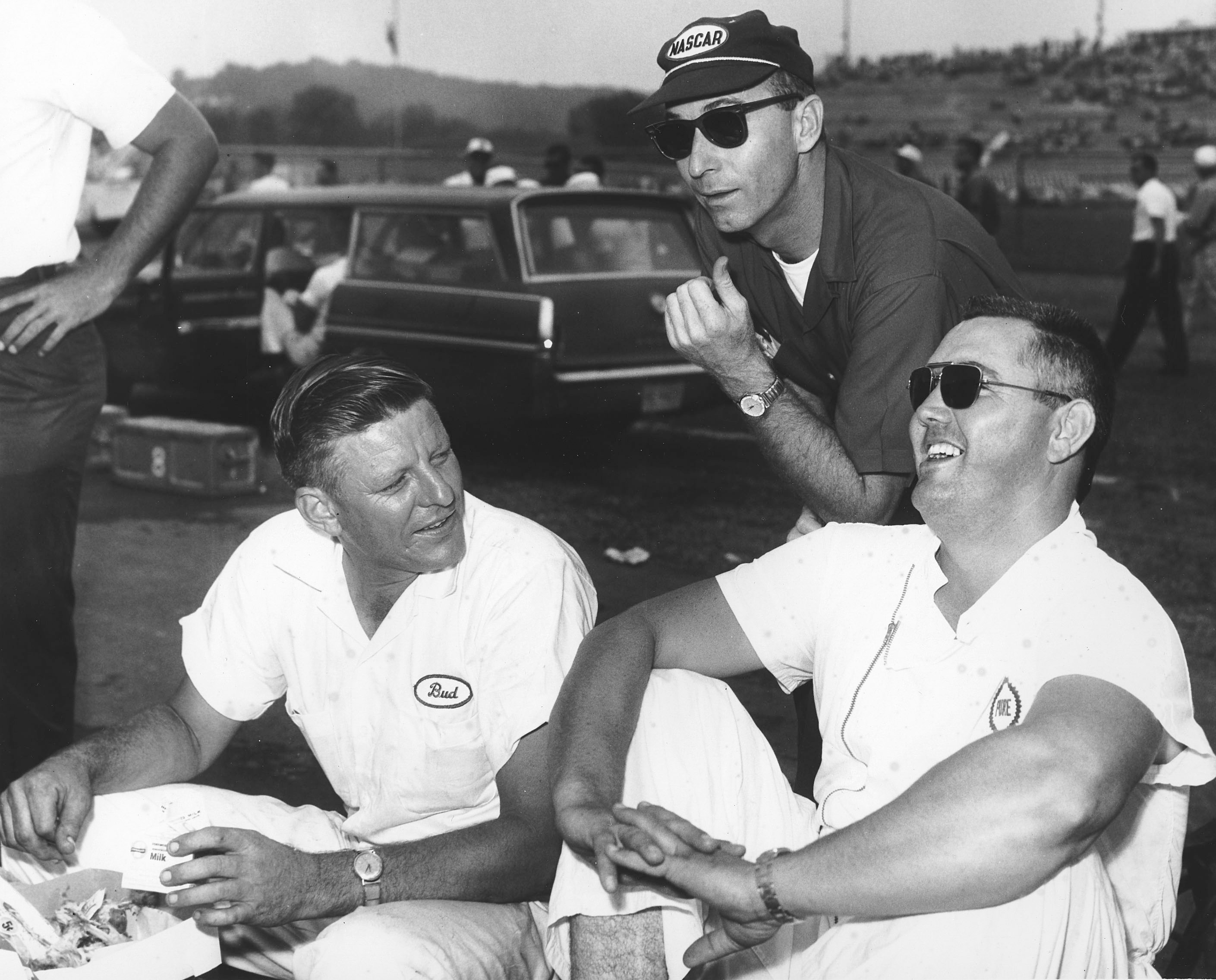 Bud Moore (from left) NASCAR inspector Bill Gazaway and Junior Johnson get caught up on the events of the day at a race in the early 1960s.

A former moonshiner from Wilkes County, North Carolina, Junior Johnson (2010) had a brilliant career as a NASCAR driver, winning 50 races. Johnson’s greatest success, however, turned out to be as a team owner, where drivers Cale Yarborough (2012) and Darrell Waltrip (2012) won three titles apiece driving for Johnson.

Even before coming to NASCAR, Jack Roush (2019) won hundreds of races and at least 27 championships in drag racing and road racing. In NASCAR, Roush earned consecutive premier-series owner titles in 2003-04, while in 2005, his team won 15 races and qualified five drivers for NASCAR’s playoffs. Roush won eight championships in NASCAR’s three national touring divisions. 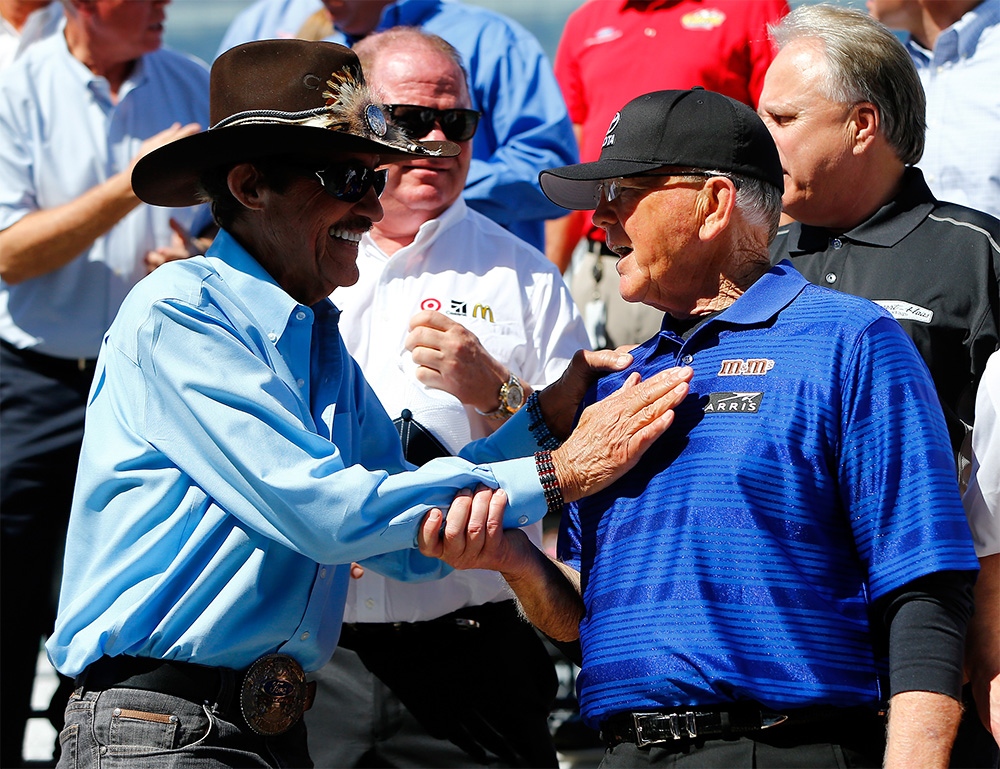 Once the youngest Chevrolet dealer in the United States, Virginia native Rick Hendrick (2017) built a powerhouse team that holds the NASCAR record for most championships and is closing in on the record for most race victories. Hendrick Motorsports is the only team in NASCAR history to produce four championship-winning drivers: Terry Labonte (2016), Jeff Gordon (2019), Jimmie Johnson and Chase Elliott.

Petty Enterprises patriarch Lee Petty (2011) competed in the first NASCAR premier series race in 1949 and went on to win three championships. Then, his son Richard (2010) took the mantle setting records with 200 race victories and seven titles of his own. And although Petty Enterprises is no longer active, Richard is co-owner of Richard Petty Motorsports.