The end of the NASCAR calendar means it’s time for some seriously geeky season-finale stats.

If you’re reading this blog post, chances are good that you are a passionate NASCAR fan already.

And if you’re a passionate NASCAR fan already, chances are also good that you know about some of NASCAR’s biggest and most important records, like Hall of Famer Richard Petty (2010) owning the marks for victories in a career (200), a season (27) and in a row (10).

But there are a lot of less well-known premier series records out there, so this week’s Top 10 List is devoted to the more obscure marks in NASCAR history, some of which will never be eclipsed.

On August 1, 1951, New Jersey driver Tommie Elliott finished 15thin a 20-car field at the Albany Schenectady Fairgrounds in Altamont, New York. At the time, Elliott was 15 years, 7 months and 5 days old. From 1951 to 1958, Elliott made seven premier series starts with four top-10 finishes and career earnings of $950. 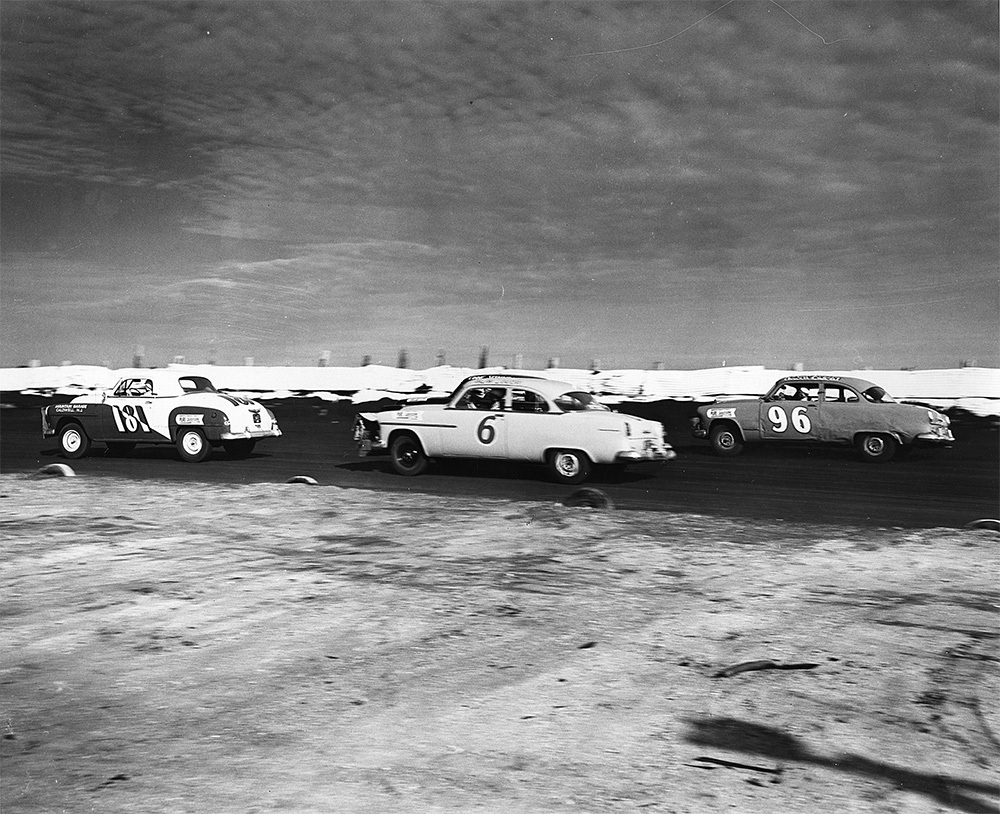 Tommie Elliott (car No. 18) drove his Plymouth to a top-10 finish in the 1954 season-opener at Florida’s Palm Beach Speedway. Photo courtesy of NASCAR Archives & Research Center via Getty Images

On July 13, 2014, Morgan Shepherd was 72 years, 9 months and 25 days old when he finished 39th in the Camping World RV Sales 301 premier series race at New Hampshire Motor Speedway. One consolation for Shepherd was that he finished ahead of seven-time champion Jimmie Johnson and 2018 champ Joey Logano. Shepherd was 77 years old in 2019, when he competed in a dozen NASCAR Xfinity Series races.

8. Most Positions Lost In A Race

Here’s a quirky little stat: In the 1951 Southern 500 at Darlington Raceway, Frank Mundy qualified on the pole at 84.173 mph in his Studebaker. But 12 laps into the race, Mundy lost oil pressure and was forced to drop out of the event. He finished 82nd and last in the race, a net loss of 81 positions. 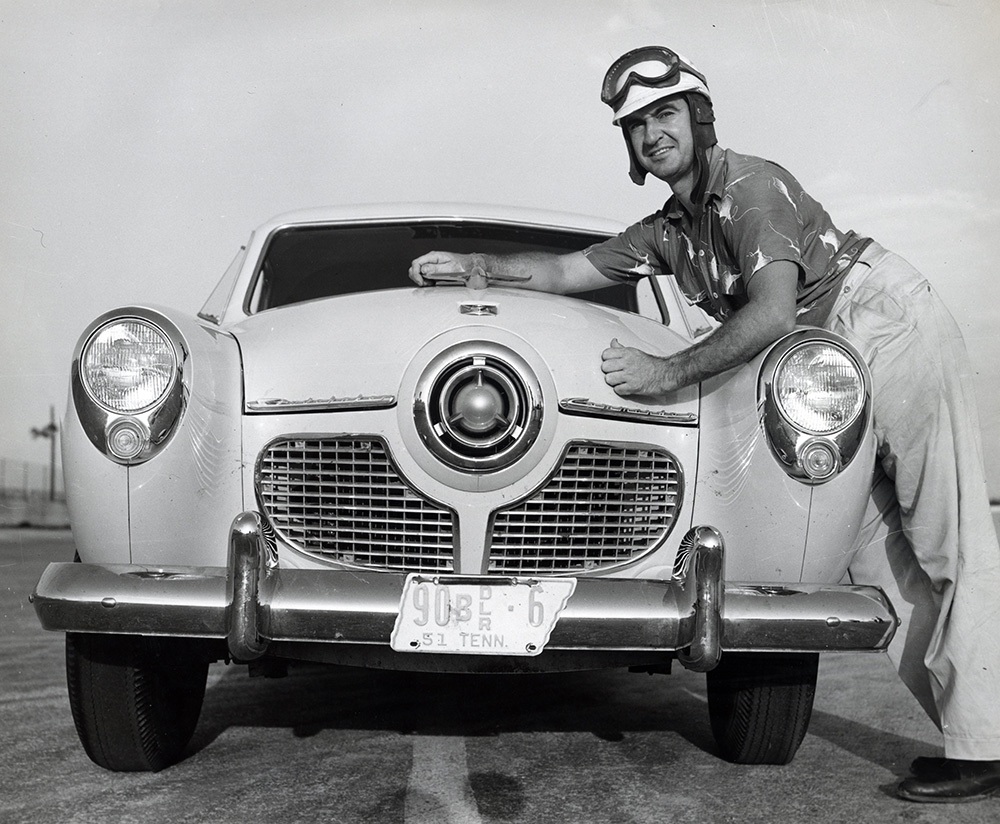 Frank Mundy and his Studebaker set a dubious NASCAR record that has stood for 69 years. Photo courtesy of NASCAR Archives & Research Center via Getty Images

In the 1997 Winston 500 at Talladega Superspeedway, Hall of Famer Mark Martin (2017) blistered the field with an average speed of 188.354 mph in a Ford Thunderbird owned by fellow Hall of Famer Jack Roush (2019). The entire 500-mile distance took just 2 hours, 39 minutes and 18 seconds for Martin to complete, a record made possible because the race had no caution flags. 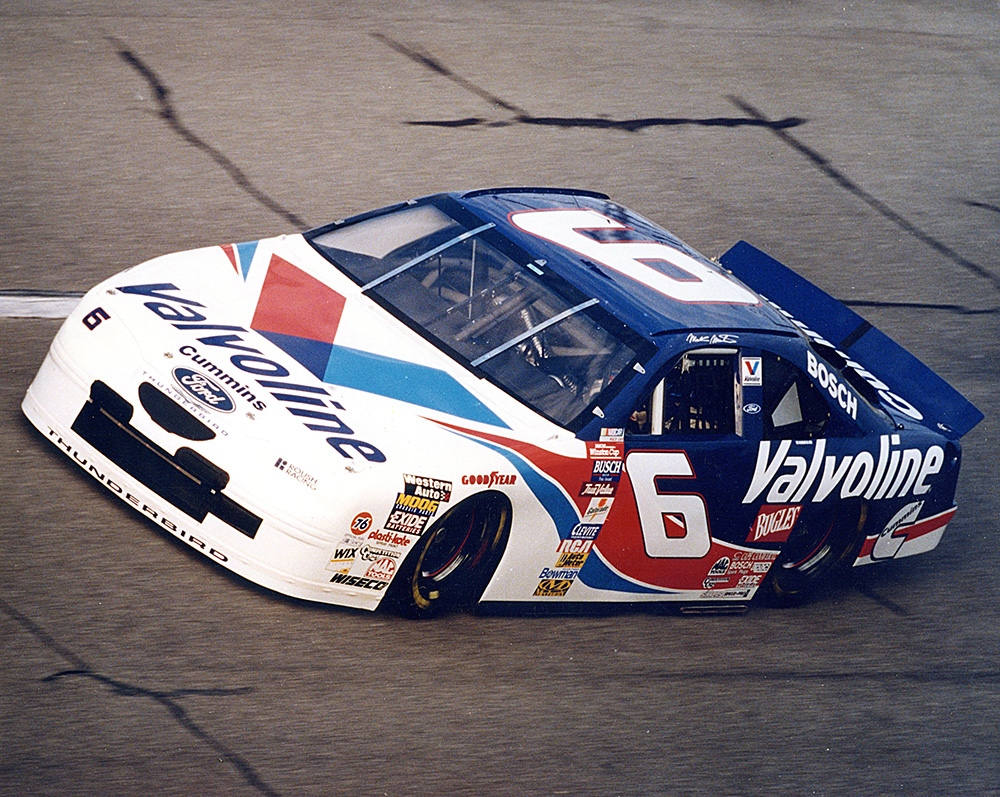 In 1980, Hall of Famer Buddy Baker (2020) averaged 177.602 mph to win the fastest Daytona 500 of all time. The car Baker drove was the iconic “Gray Ghost” Oldsmobile prepared by fellow 2020 inductee Waddell Wilson. Baker’s race-winning car, which is now on display in the NASCAR Hall of Fame’s Hall of Honor, set the speed mark at Daytona despite five caution flags during the race.

5. Most Poles In A Single Season

In 1970, Hall of Famer Bobby Isaac (2016) won 11 races and his only premier series championship, but statistically, Isaac had a better year in 1969, when he won 17 times, had 29 top fives and set a NASCAR record that still stands with 19 poles in a single season. Despite those gaudy numbers, in ’69 Isaac finished a distant sixth in points as David Pearson (2011) won his third title.

At the 1987 Winston 500 at Talladega Superspeedway, Hall of Famer Bill Elliott (2015) set an all-time NASCAR qualifying record, lapping the mammoth 2.66-mile track at 212.809 mph in his Ford Thunderbird. But during the race, fellow Hall of Famer Bobby Allison (2011) sailed up into the catchfence after cutting a tire early in the race. That prompted NASCAR to start cutting speeds back.

Jim Roper drove his Lincoln all the way from his home in Kansas to compete in the first NASCAR Strictly Stock (now premier series) race at the old Charlotte Speedway dirt track on June 19, 1949. Roper was awarded the victory after apparent winner Glenn Dunaway was disqualified for using “bootlegger” illegal rear springs on his car, which was owned by moonshiner Hubert Westmoreland. Roper only made one more start in his career before retiring. 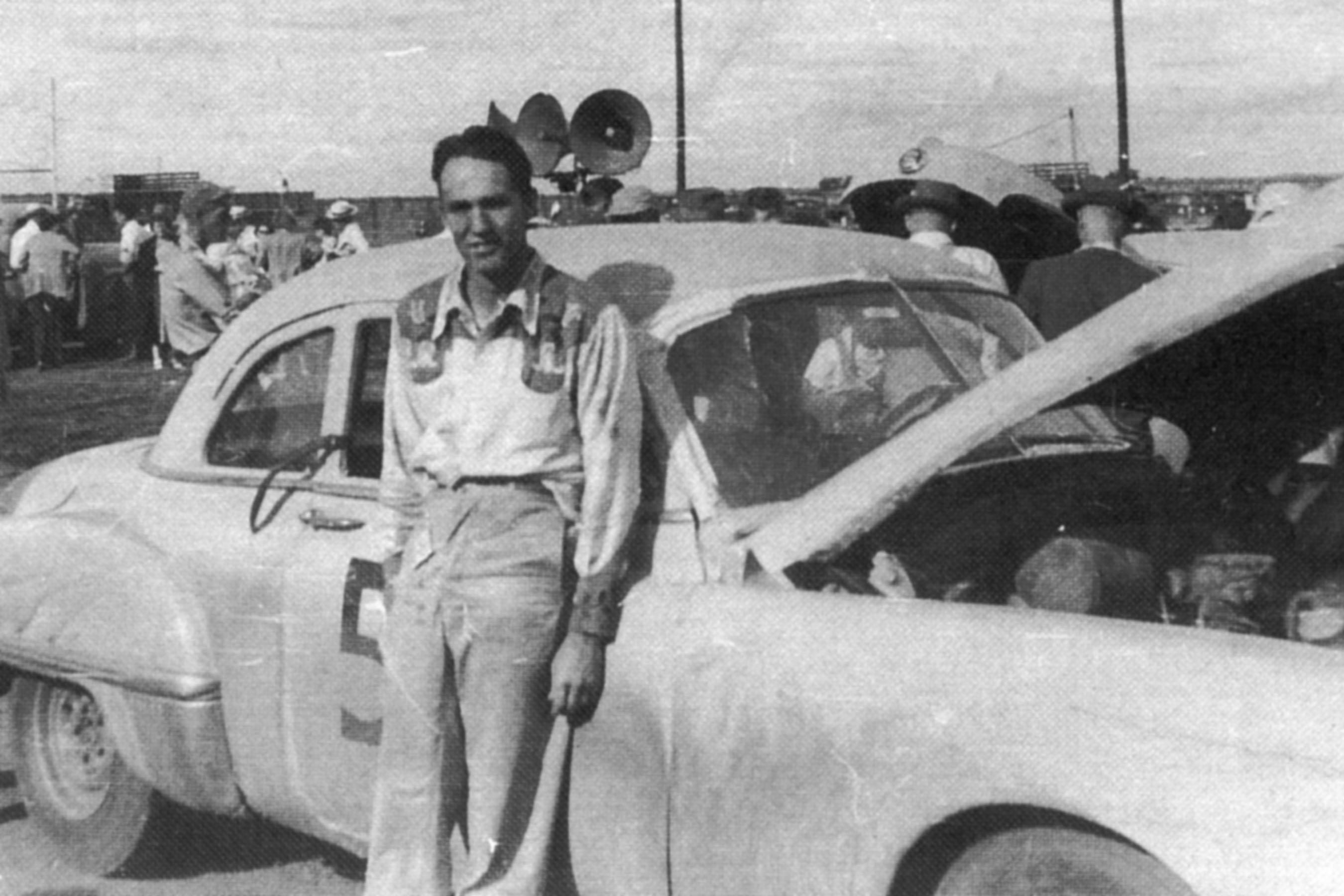 2. Most Consecutive Years With Poles

Hall of Famer Jeff Gordon (2019) won at least one pole in all 23 years he competed full-time in the premier series, starting with his rookie season in 1993 and stretching all the way to 2015. Gordon also holds the series record with 797 consecutive starts from 1992-2015.

1. Most Earnings In A Single Season

NASCAR discontinued publishing race earnings after 2015, but up to that point, the most money earned by a driver in a single season came in 2006, when Jimmie Johnson won his first championship and posted race winnings of $15,875,125. Typically purse money won during a race gets shared between the driver and the team. During his five consecutive championship seasons from 2006-2010, Johnson won more than $74 million.