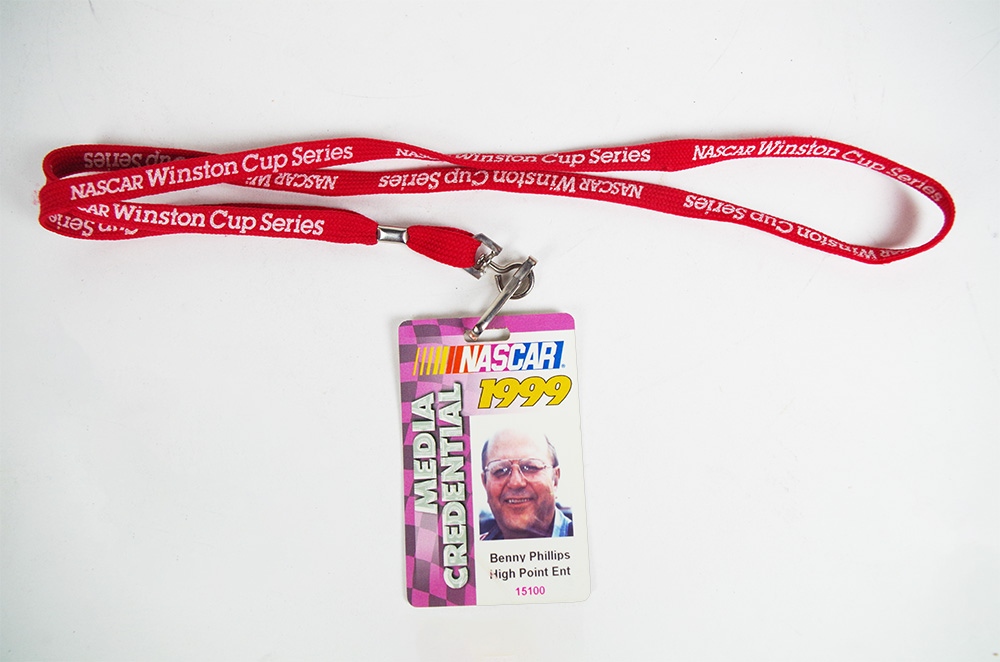 Benny Phillips, the 2017 Squier-Hall Award for NASCAR Media Excellence recipient, wrote for the (North Carolina) High Point Enterprise for 48 years, serving a 32-year-stint as sports editor. He wrote countless articles for Stock Car Racing magazine for 27 years and was named the National Motorsports Press Association (NMPA) Writer of the Year seven times. In addition, Phillips made a significant impact on television; he brought his insightful NASCAR expertise to TBS for 12 years.

Phillips’ widow Judy donated his NASCAR credential from the 1999 season to the NASCAR Hall of Fame. She also donated his 1978 Henry T. McLemore Motorsport Press Award. 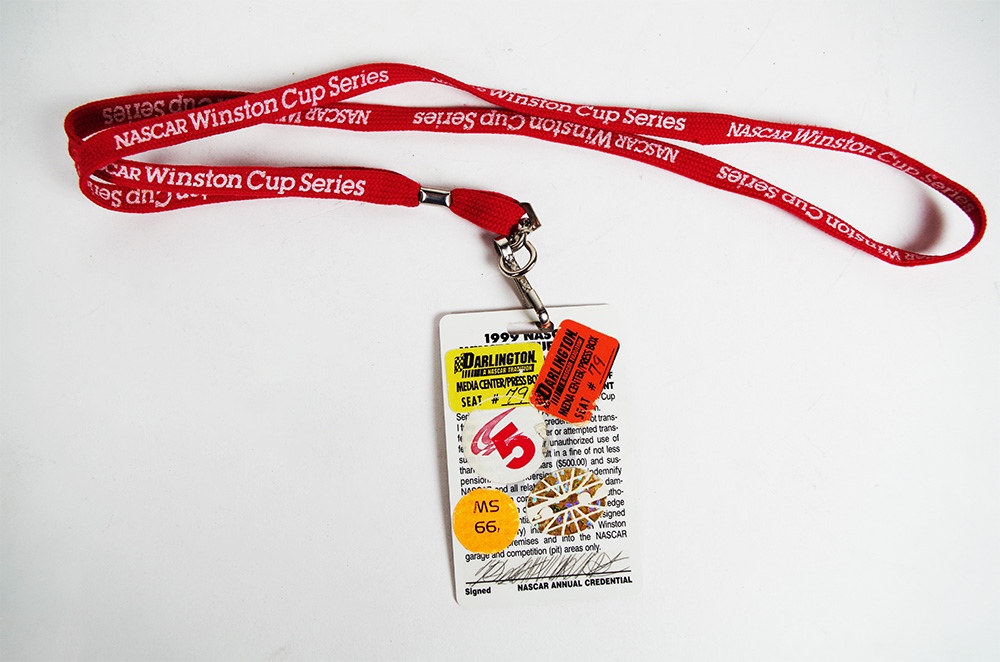 The NASCAR Hall of Fame continues to seek artifacts related to off-the-track excellence to add to its permanent collection. As NASCAR grew from a regional sport to a national phenomenon, Phillips was there to cover the action for nearly half a century. This credential appeared in the exhibit case which commemorated Phillips’ 2017 Squier-Hall Award for NASCAR Media Excellence.