Description:
A well-respected car builder and mechanic, Will Cronkrite worked with Donnie Allison, Mario Rossi, Ralph Moody, and Janet Guthrie before becoming Ricky Rudd’s crew chief during his rookie-of-the-year season in 1977. Then, in 1978, Cronkrite struck out on his own as a car owner and brought on a young Dale Earnhardt (2010) to race a Carolina Tractor-sponsored No. 96 Ford Thunderbird for a handful of events. The first race they attempted was the 1978 World 600 at Charlotte Motor Speedway.

Earnhardt made the show; he qualified 28th and would go on to finish 17th, which at the time, was the best finish of his Cup Series career. 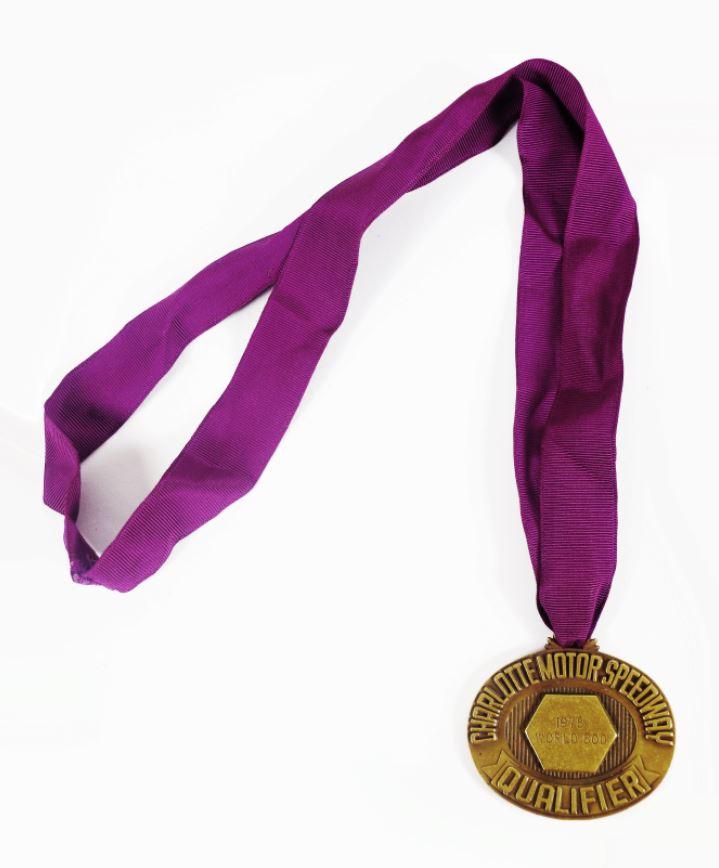 Significance:
Later that year, Rod Osturland hired Earnhardt. He captured rookie-of-the-year honors and his first victory in 1979. A championship would come the following year. Cronkrite continued to enter cars as an owner on a limited basis but remained best known for his mechanical ingenuity. He eventually worked for a time with Mark Martin (2017), when the future Hall of Famer was just getting started in NASCAR. Over the years, Cronkrite has aided the curatorial team with research assistance, photographs—and plenty of stories—many of which appear in his recently published autobiography. He generously donated this medal, currently on display in Heritage Speedway with other artifacts from the late 1970s.