Jeff Gordon won big at Darlington on Mother’s Day in 2007.

NASCAR racing returns on Mother’s Day, as the premier series takes to historic Darlington Raceway for its annual Throwback Weekend, capped off with the running of the Goodyear 400 on May 8. 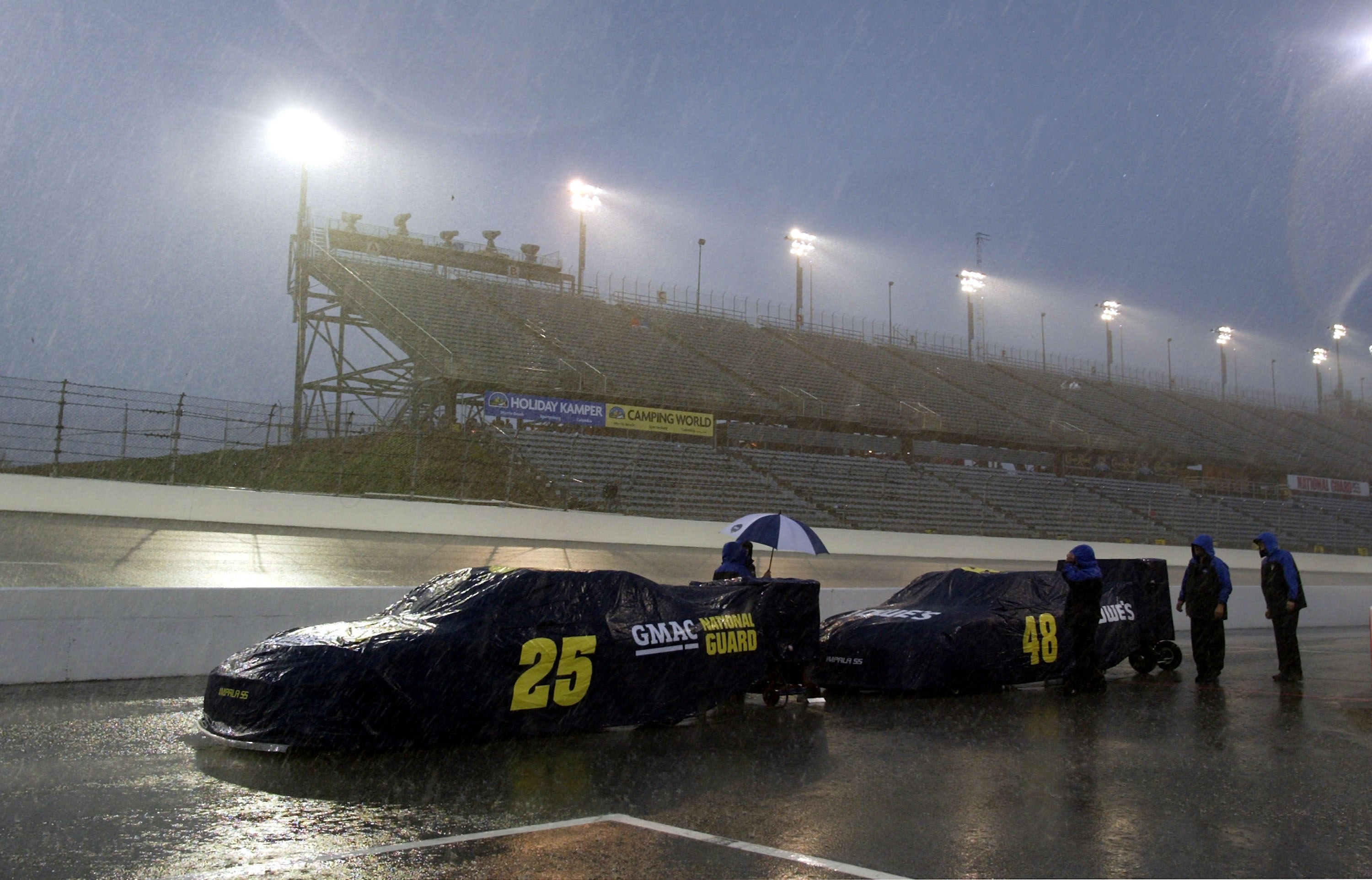 In its first three decades, NASCAR raced on Mother’s Day sporadically, ending the practice after the 1986 running of The Winston, NASCAR’s annual all-star race, drew a paltry crowd of only about 3,000 fans to Atlanta Motor Speedway.

That all changed at Darlington in 2007, but not by design. 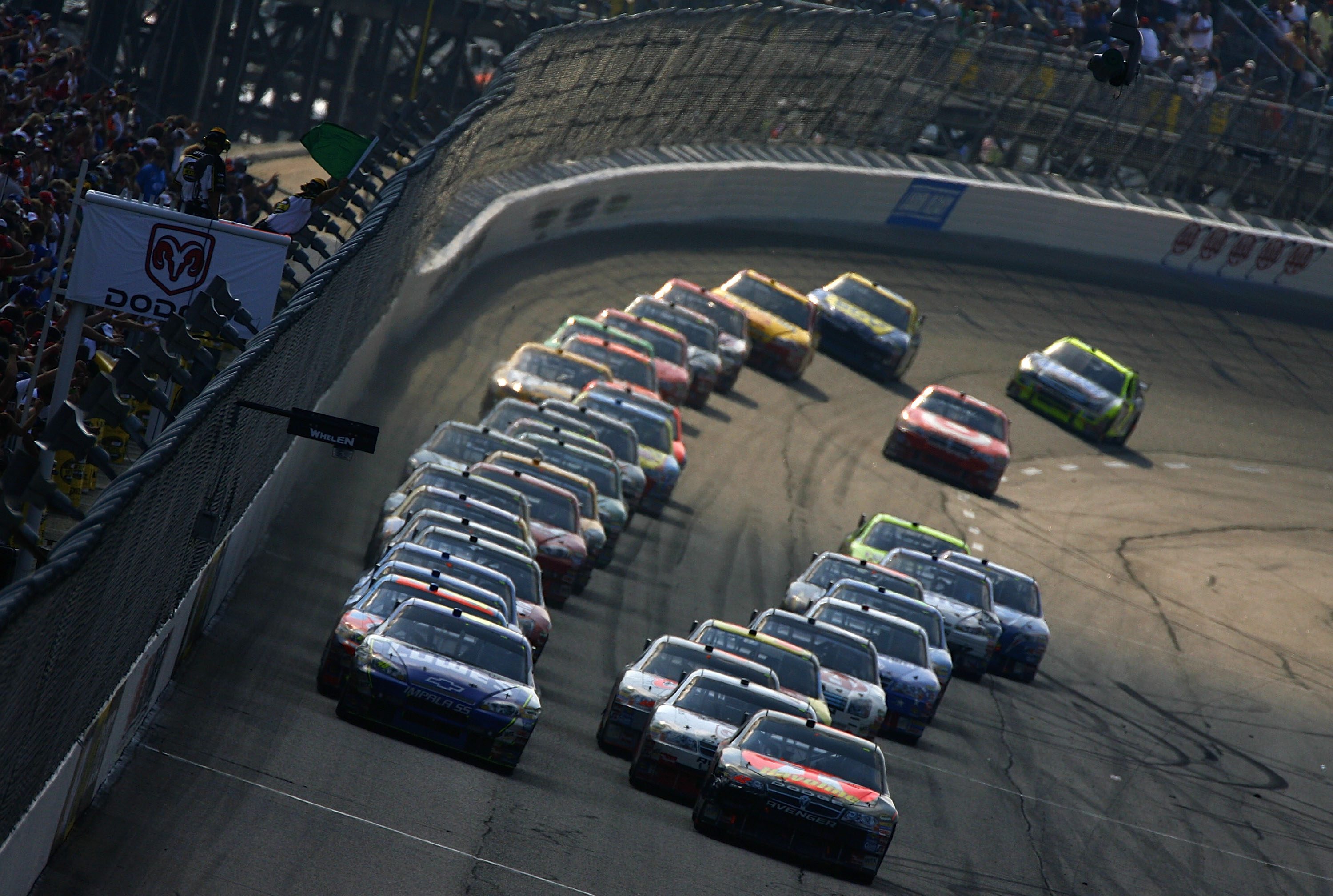 Once the racing began, the action was hot and heavy at historic Darlington Raceway. Photo courtesy of Rusty Jarrett/Getty Images

The 2007 Dodge Avenger 500 was scheduled to run on Saturday night, May 12, but persistent rains forced its postponement until May 13, which was Mother’s Day.

And so they raced on Mother’s Day.

Second-year driver Denny Hamlin had the car to beat, his Joe Gibbs Racing Chevrolet – this was JGR’s last year before switching to Toyotas – leading 179 of 367 laps around the treacherous 1.367-mile Darlington oval en route to a second-place finish. 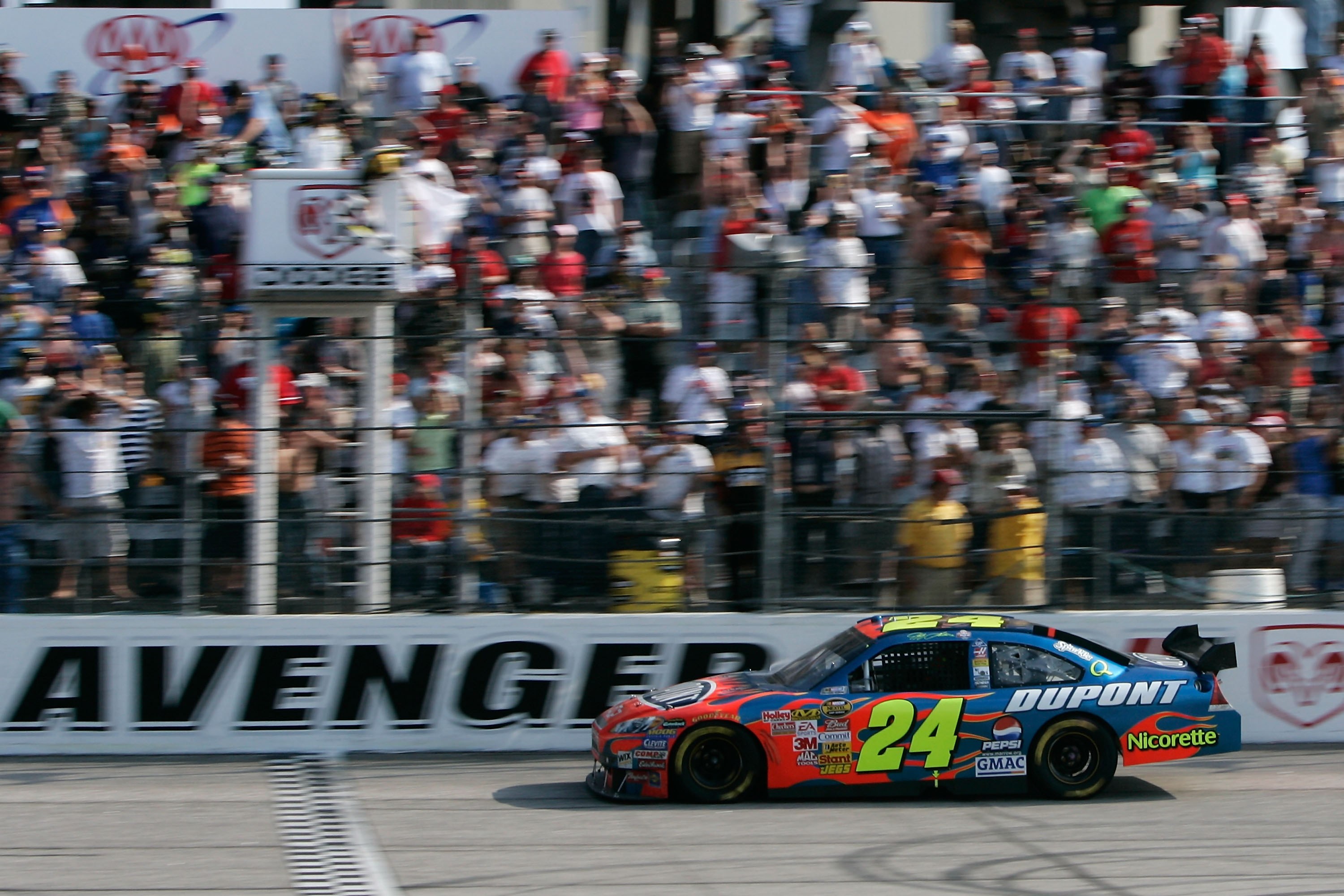 But at the end of the race, it was the Hendrick Motorsports Chevrolets of Jeff Gordon (2019) and Jimmie Johnson out front. Johnson led from Lap 338 to Lap 345, but a late-race debris caution allowed Gordon to stay out and pick up his first lead of the day, a lead he would hold onto for the final 22 laps of the race to claim the $323,286 first place share of the purse.

It was not easy, though, as Gordon’s Hendrick’s Motorsports Chevrolet was overheating and spewing out heavy plumes of steams in the closing laps.

“We endured major overheating issues late in the race due to the radiator plugging up with tire rubber,” said Gordon. “When a late-race caution came out, we made the tough decision to stay out because we were terrified the engine would blow up if we stopped on pit road. Everyone thought we were a sitting duck on old tires, but somehow, we managed to stay out front and grab the checkered flag.”

As it turns out, Gordon and crew chief Steve Letarte made the right decision. “The timing couldn’t have been more perfect because the radiator exploded as soon as I parked it in Victory Lane,” said Gordon. “We must have been living right that week.”

The victory was the fourth in a row for Hendrick Motorsports and the team’s eighth in nine races.

Gordon’s mother, Carol Bickford, was at the track on Saturday but left when the race was rained out, so she missed her son’s third victory of 2007 and 78thof his career. Gordon left the historic race track 231 points ahead of teammate Johnson.

The radiator exploded as soon as I parked it in Victory Lane.

An interesting footnote: The top 12 finishers all drove for Hall of Fame team owners: 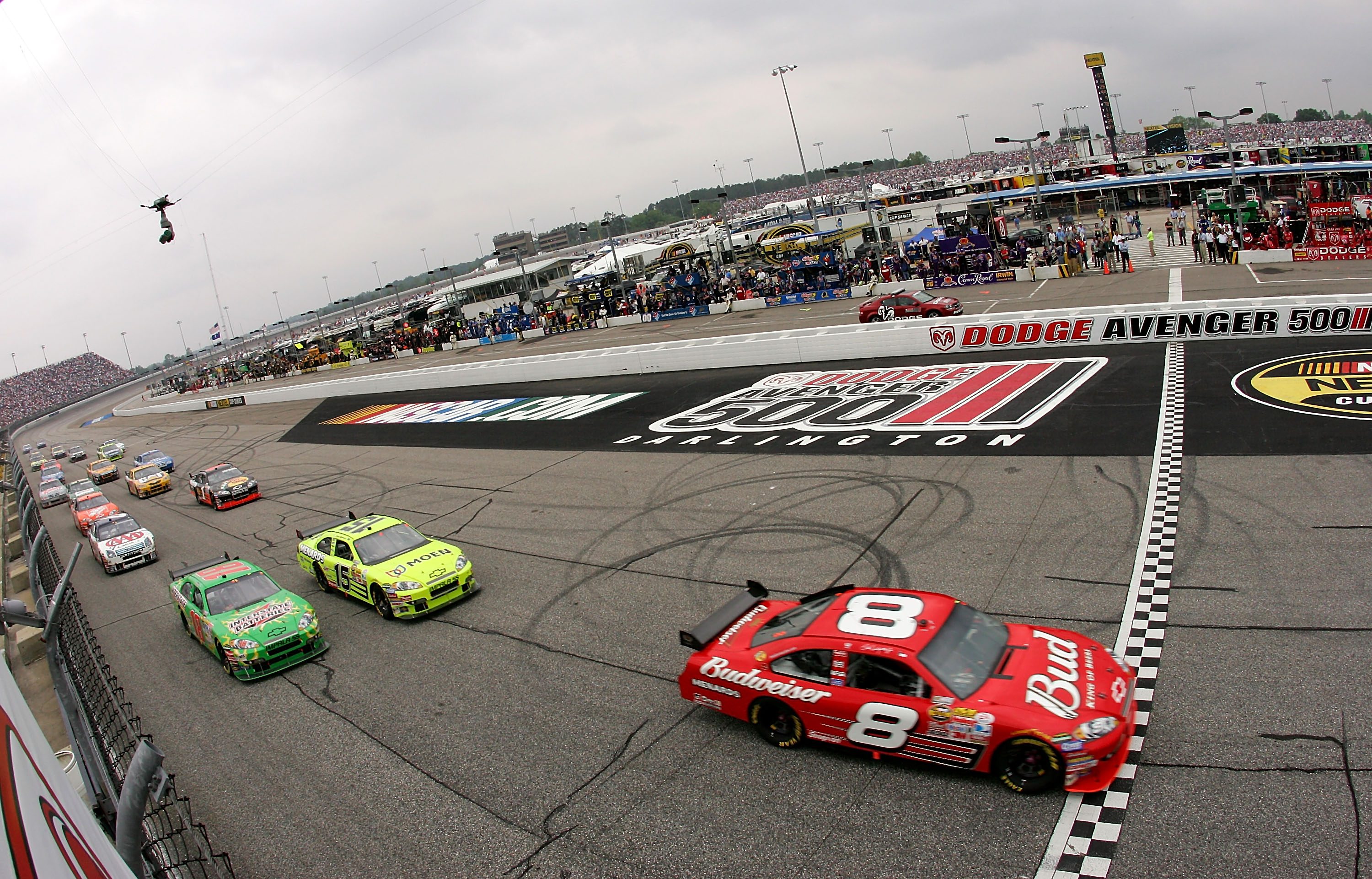 “Our Darlington win in May 2007 was one of my most memorable not only because the race was postponed to and run on Mother’s Day, but because such a crazy set of circumstances put us in Victory Lane,” said Gordon. “That’s one race I will never forget, and it was even more special to have it all come together on Mother’s Day.” 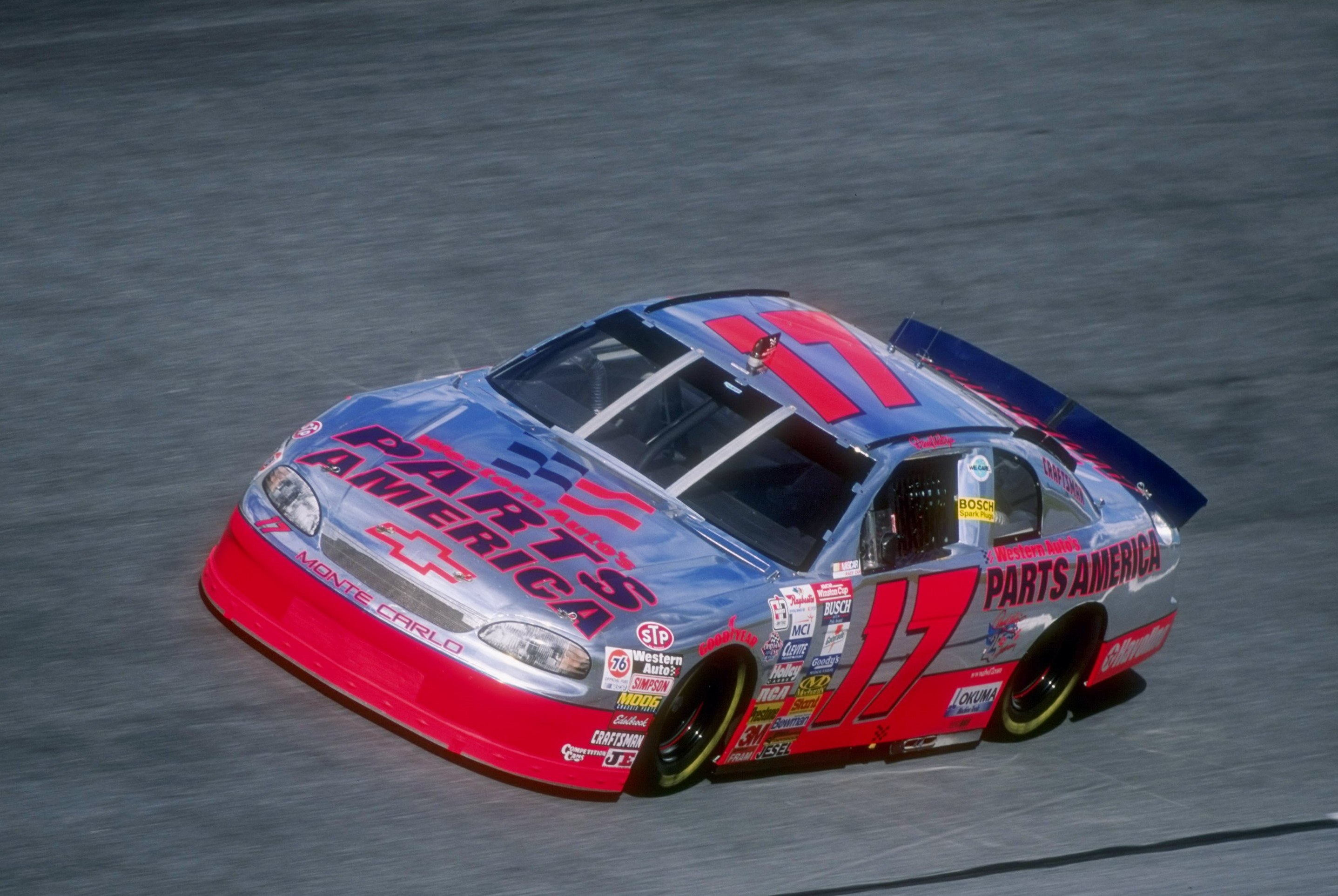 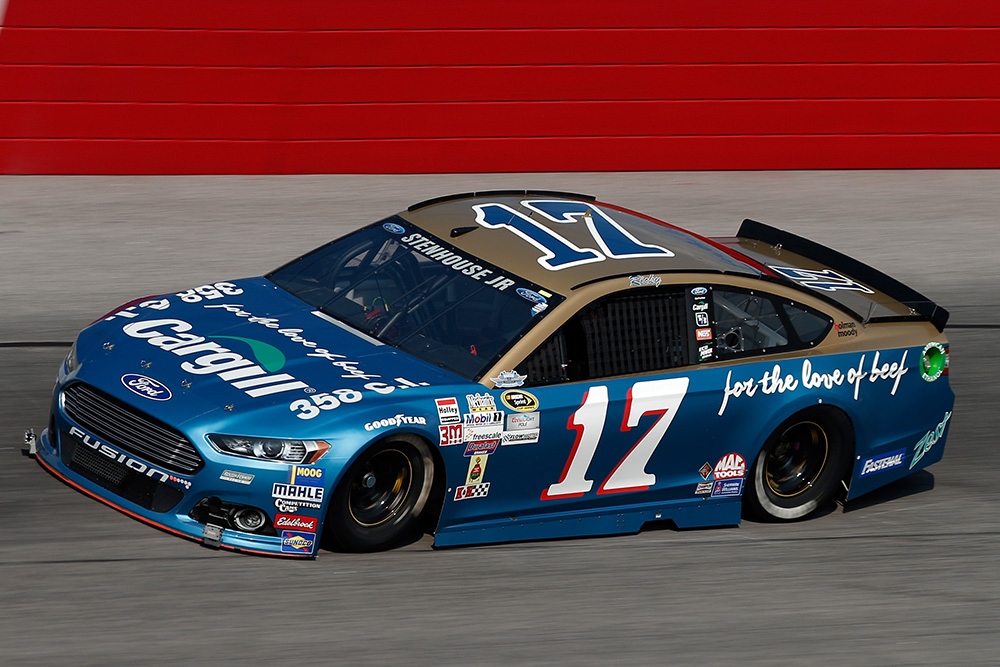