Some well-known NASCAR tracks of yesteryear are gone but not forgotten.

This week, we take a look at 10 tracks that are not currently on the NASCAR premier series schedule, but hosted the most races when they were active.

Throughout its 72-year history, NASCAR has staged premier series races at more than 170 different tracks. More than 50 of those facilities were one-and-done tracks, hosting just one premier series race each. But many others were wildly popular and remained on the annual schedule for years or even decades. 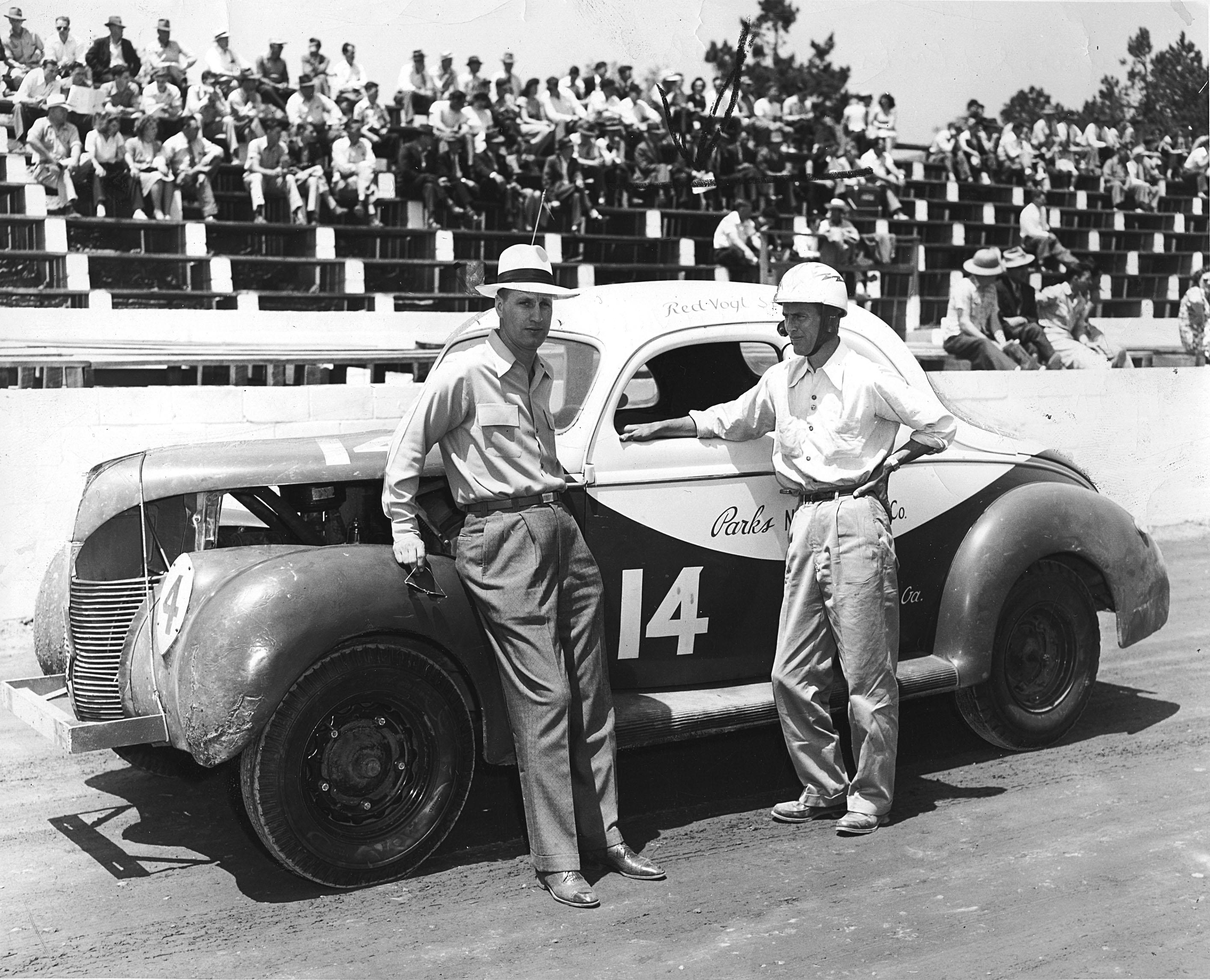 Still in operation today, the 0.500-mile South Carolina track was dominated by Hall of Famers, as Richard Petty (2010) won six times there, and David Pearson (2011) and Bobby Isaac (2016) won four times each. When R.J. Reynolds Tobacco Co. took over as series sponsor with its Winston brand in 1971, NASCAR began moving away from short tracks in the South to larger facilities.

Heritage Speedway on the top floor of the NASCAR Hall of Fame features many artifacts from the tracks listed here, including a trophy Buck Baker won in a NASCAR Modified event at Greenville-Pickens in 1949.

Known for its fierce on-track action and its spirited crowds, the 0.250-mile Bowman Gray Stadium short track was NASCAR’s first and longest-running weekly track. Hall of Famer Richard Childress (2017) got his start here as a child, selling bags of popcorn and peanuts in the stands. Closed now due to COVID-19 restrictions, Bowman Gray is scheduled to reopen next spring. Rex White (2015) led all premier series drivers with six wins there. 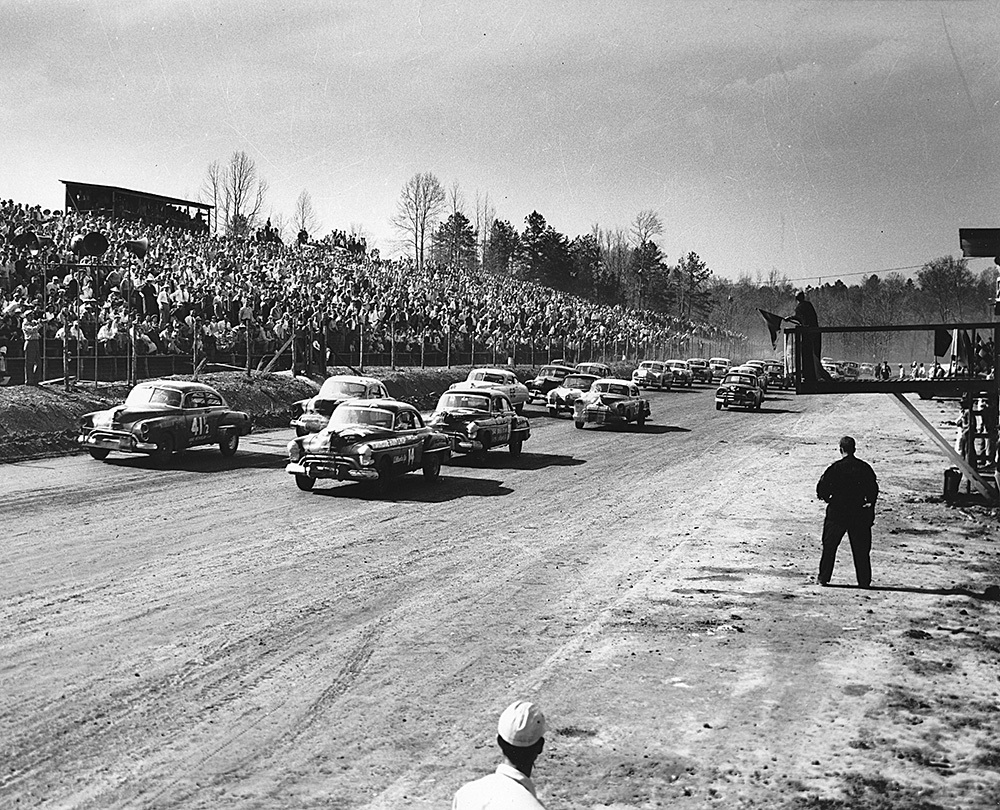 Fans jammed the grandstands for this 1951 race at Occoneechee Speedway. Photo courtesy of NASCAR Archives & Research Center via Getty Images.

A fast 0.900-mile oval, Occoneechee Speedway was the third race on the NASCAR premier series during its inaugural season in 1949. Long since shuttered, the ghost track was placed on the National Register of Historic Places in 2002 and now features more than 4 miles of walking trails that are open to the public. Hall of Famers Lee Petty (2011), Buck Baker (2013) and Richard Petty (2010) each won three times at Occoneechee. 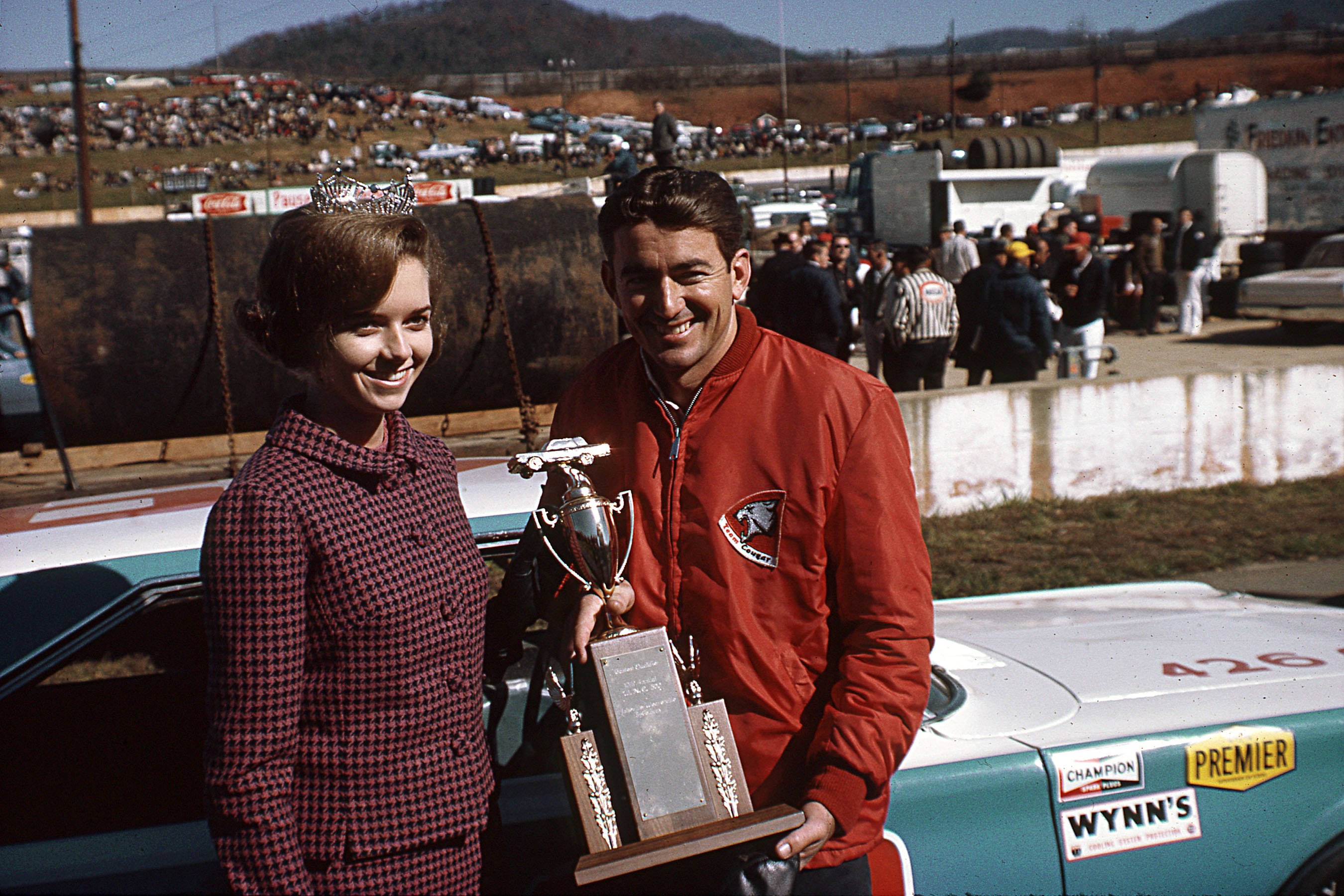 All three Flock brothers – Bob, Fonty and Hall of Famer Tim (2014) – won races at Asheville-Weaverville. In fact, the Flocks won four out of the first five races at the 0.500-mile Western North Carolina track. But the all-time race winner there was 1960 champion and Hall of Famer Rex White (2015), who won five times between 1958 and ’62. 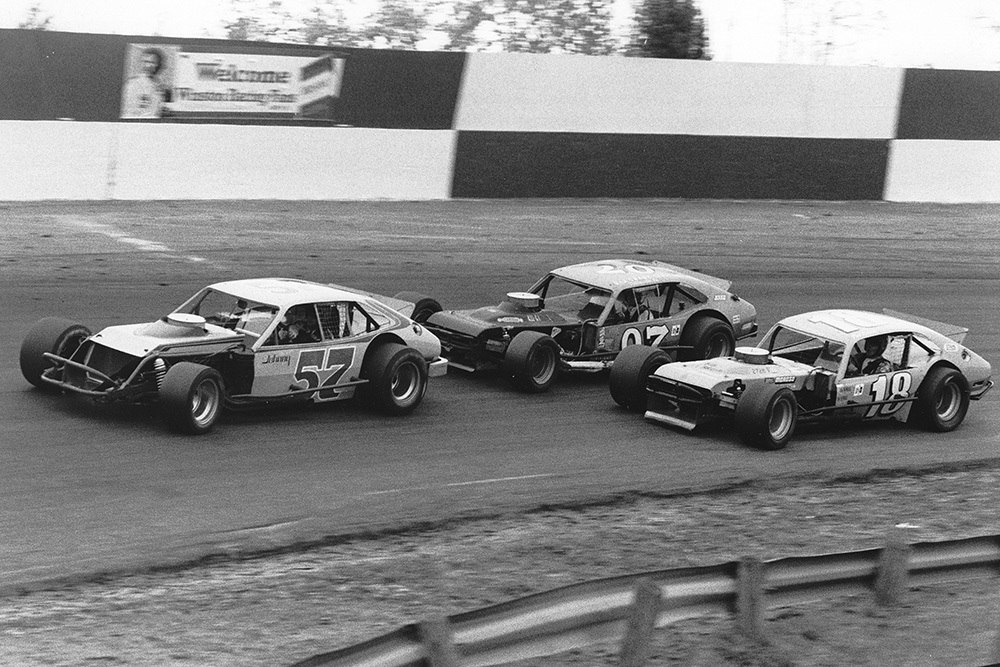 NASCAR Modifieds were among the many divisions to race at Hickory Speedway. Photo courtesy of NASCAR Archives & Research Center via Getty Images.

During the years it hosted premier series races, Hickory Speedway (now Hickory Motor Speedway) began as a 0.500-mile dirt track, before being reconfigured to 0.400 miles and its current distance of 0.363 miles. The track still hosts local racing. Hall of Famer and North Carolina native Junior Johnson (2010) won a record seven races at Hickory. 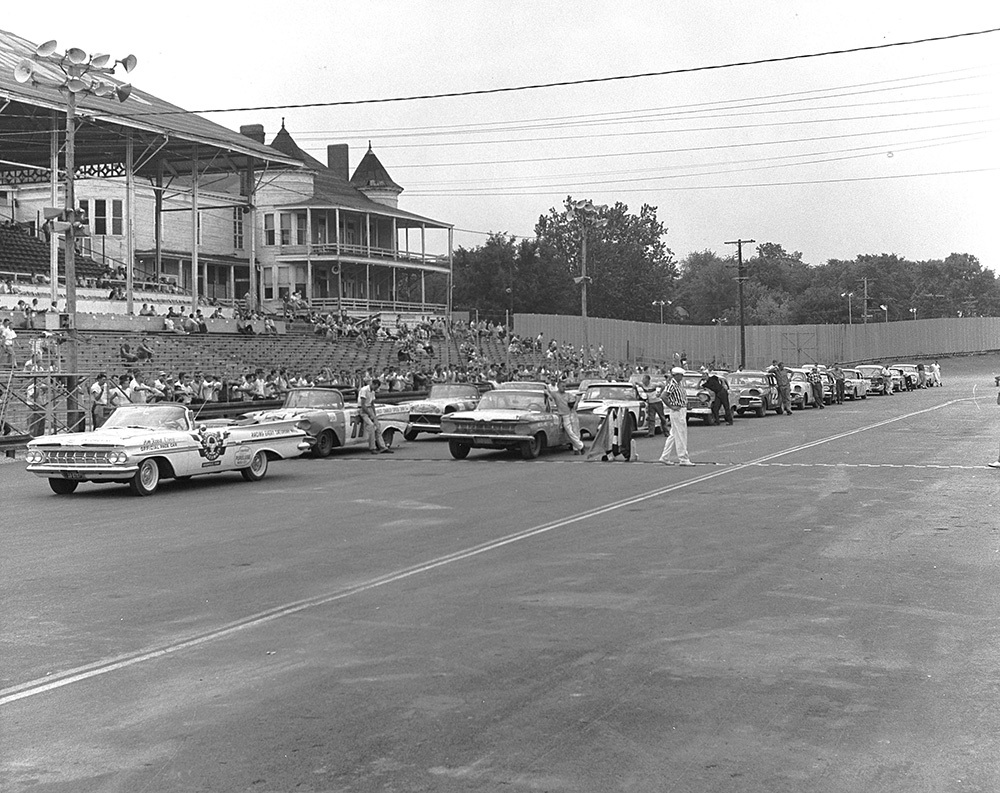 Between July 31, 1965, and May 12, 1984, all 31 races at Fairgrounds Speedway were won by NASCAR Hall of Fame inductees. The all-time win leader at the Tennessee track is Richard Petty (2010), who won nine races there. Darrell Waltrip (2012) scored his first career premier series victory at Nashville in 1975 and wound up with eight wins at the 0.596-mile facility, which is still in operation. 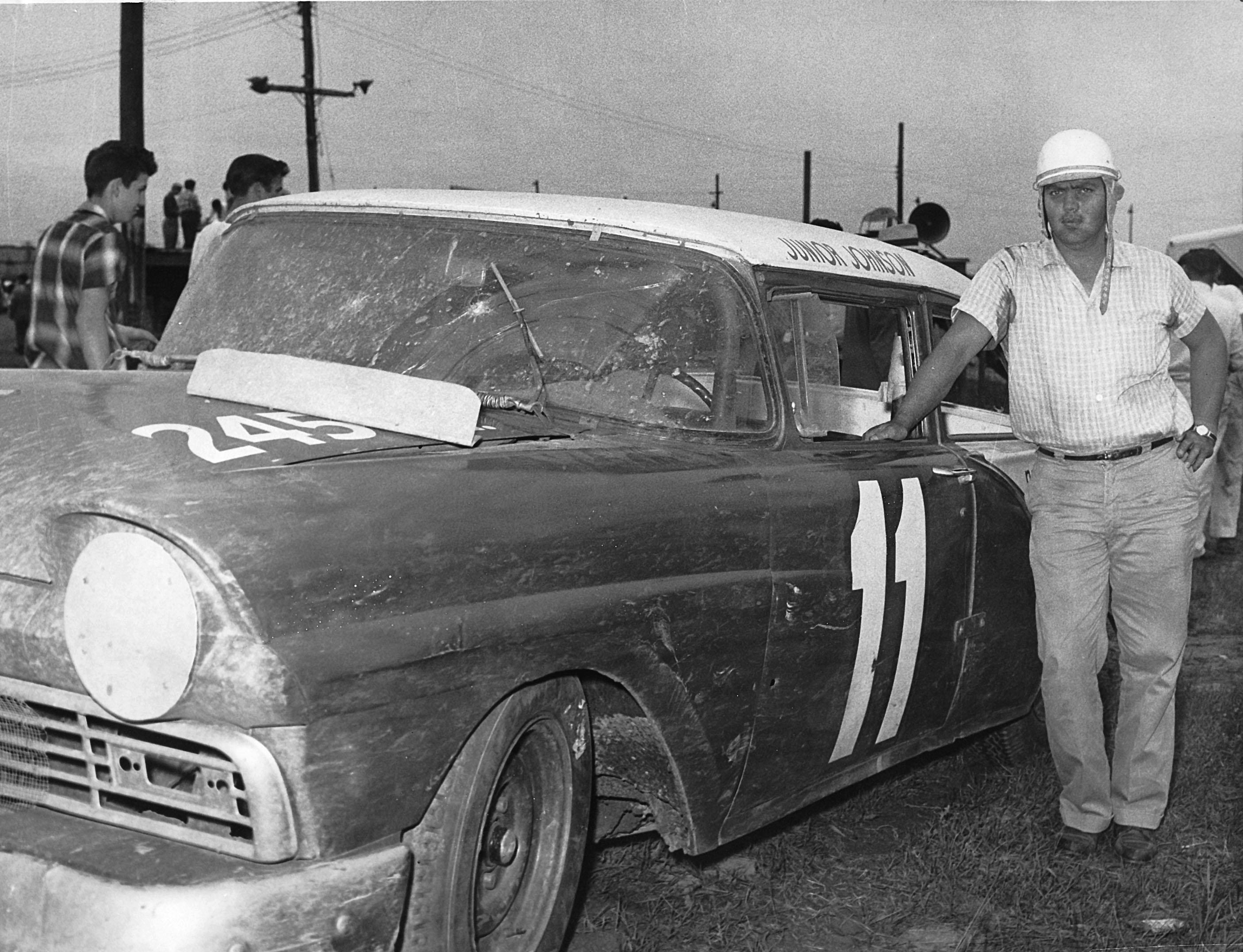 A 0.500-mile track, Columbia Speedway was closed for competition in the mid-1970s, but has reopened as an outdoor venue called The Historic Columbia Speedway Events Facility. The former track has hosted car shows, a barbecue cook-off, drive-in movies and more. Guests can still walk the track, although it’s no longer in use. Richard Petty (2010) won seven races there and David Pearson (2011) five. 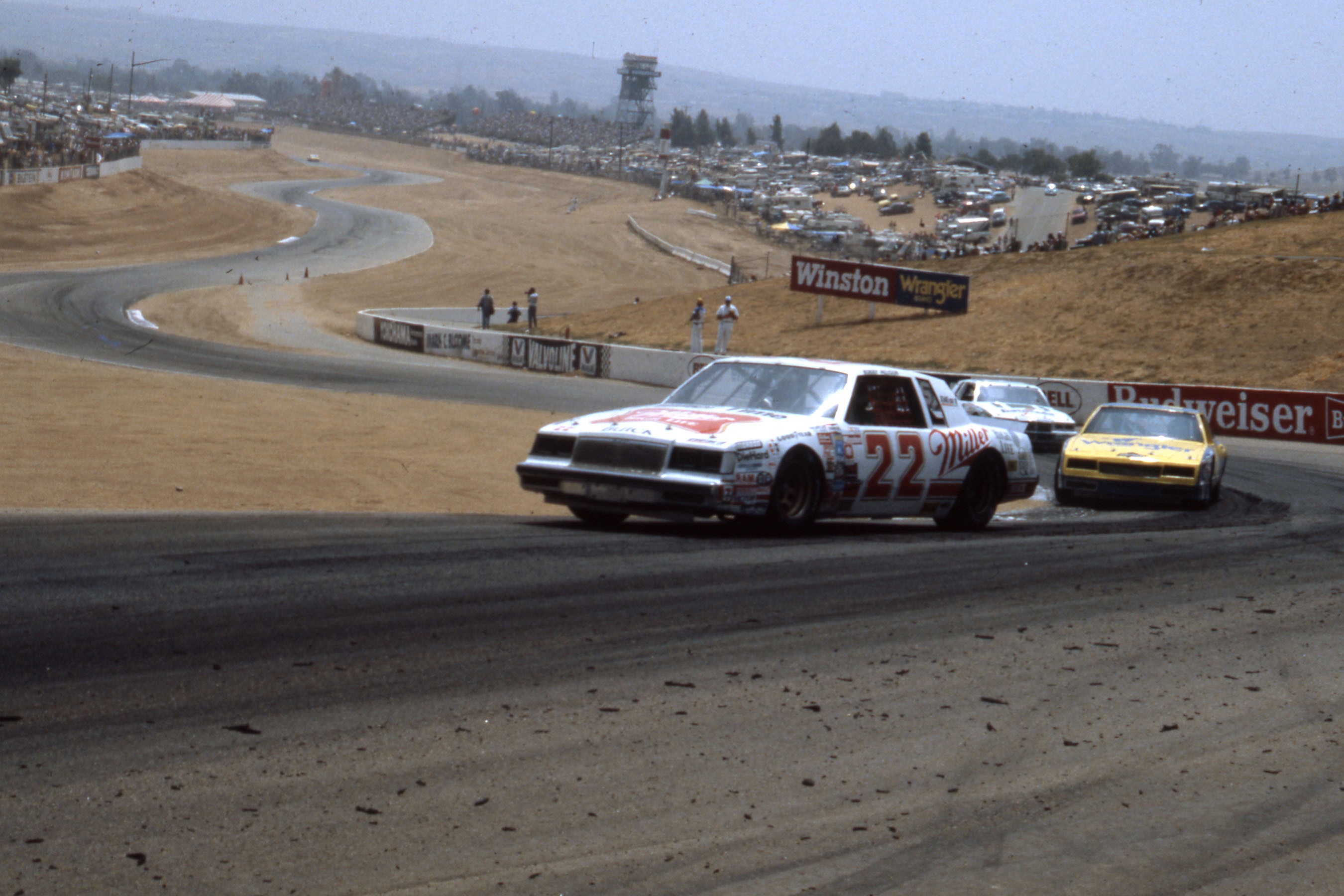 From 1970 to 1988, the premier series headed west twice a year to run on the 2.62-mile Riverside International Raceway road course. Sadly, the track’s final race was in 1988, after which it was torn down to make way for a shopping mall. Riverside was where Hall of Fame team owners Roger Penske (2019) and Richard Childress (2017) earned their respective first premier series victories, Penske with Mark Donohue in 1973 and Childress with Ricky Rudd in 1983. Bobby Allison (2011) won six times at Riverside.

There are several trophies from races at Riverside in Heritage Speedway. Victors featured in the selection include Dan Gurney, Bobby Allison, Richard Petty and Ricky Rudd. 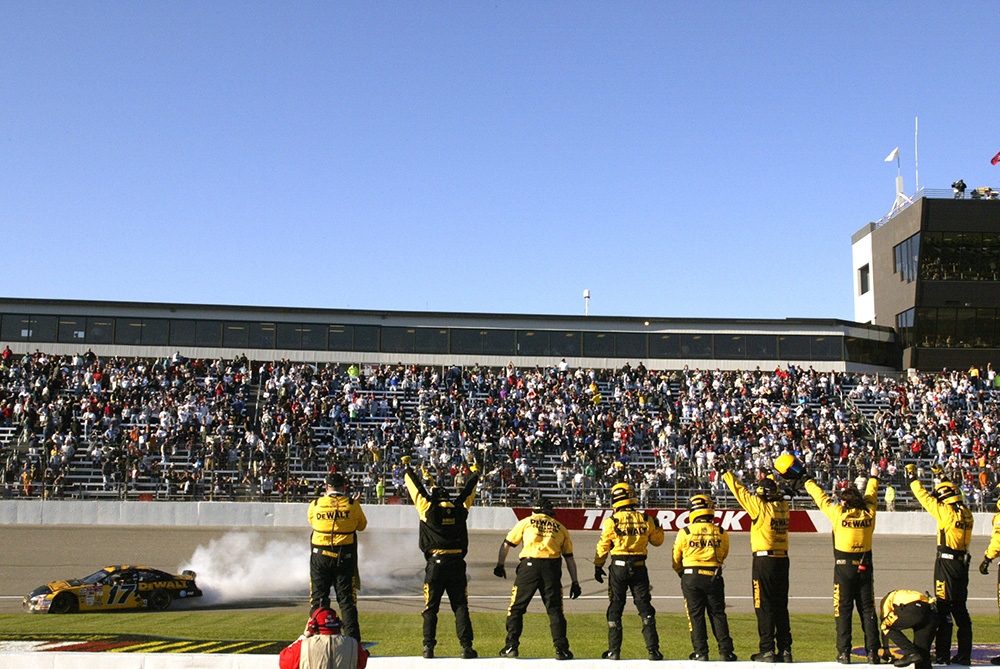 The first race at Rockingham in 1965 saw Hall of Famer Curtis Turner (2016) win his 17th and final premier series race, this one behind the wheel of a Ford from Wood Brothers Racing, the team run by brothers Glen (2012) and Leonard (2013) Wood. But the all-time winner at “The Rock” was Richard Petty (2010), who claimed 11 victories at the 1.017-mile North Carolina oval.

Heritage Speedway features a poster promoting the 1967 Rockingham race, which was won by Richard Petty. Also featured is a program from the track’s first race in 1965 that Curtis Turner won. 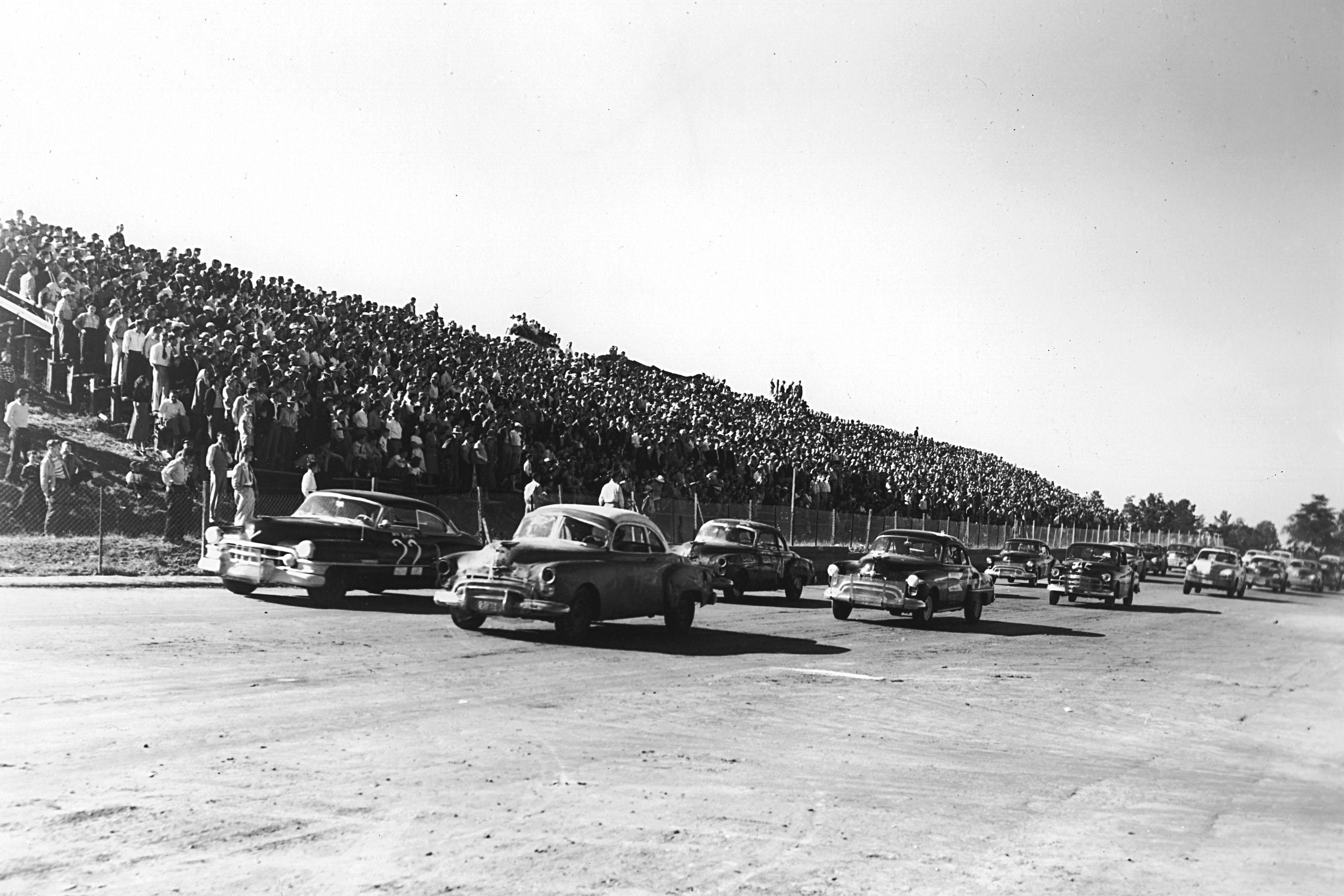 It was a full house at North Wilkesboro when NASCAR came to town in 1950. Photo courtesy of NASCAR Archives & Research Center via Getty Images.

On the premier series schedule since its first season in 1949, the 0.625-mile North Wilkesboro oval hosted nearly 100 races before closing in 1996 as NASCAR began to push into new and much larger markets nationwide. Located in the epicenter of the moonshine trade, North Wilkesboro was Junior Johnson’s (2010) home track. Its big winners were Richard Petty (2010), who scored 15 victories there, and 10-time winner Darrell Waltrip (2012).

Junior Johnson’s 50th and final career premier series race victory came at North Wilkesboro and that trophy is on display in Heritage Speedway.