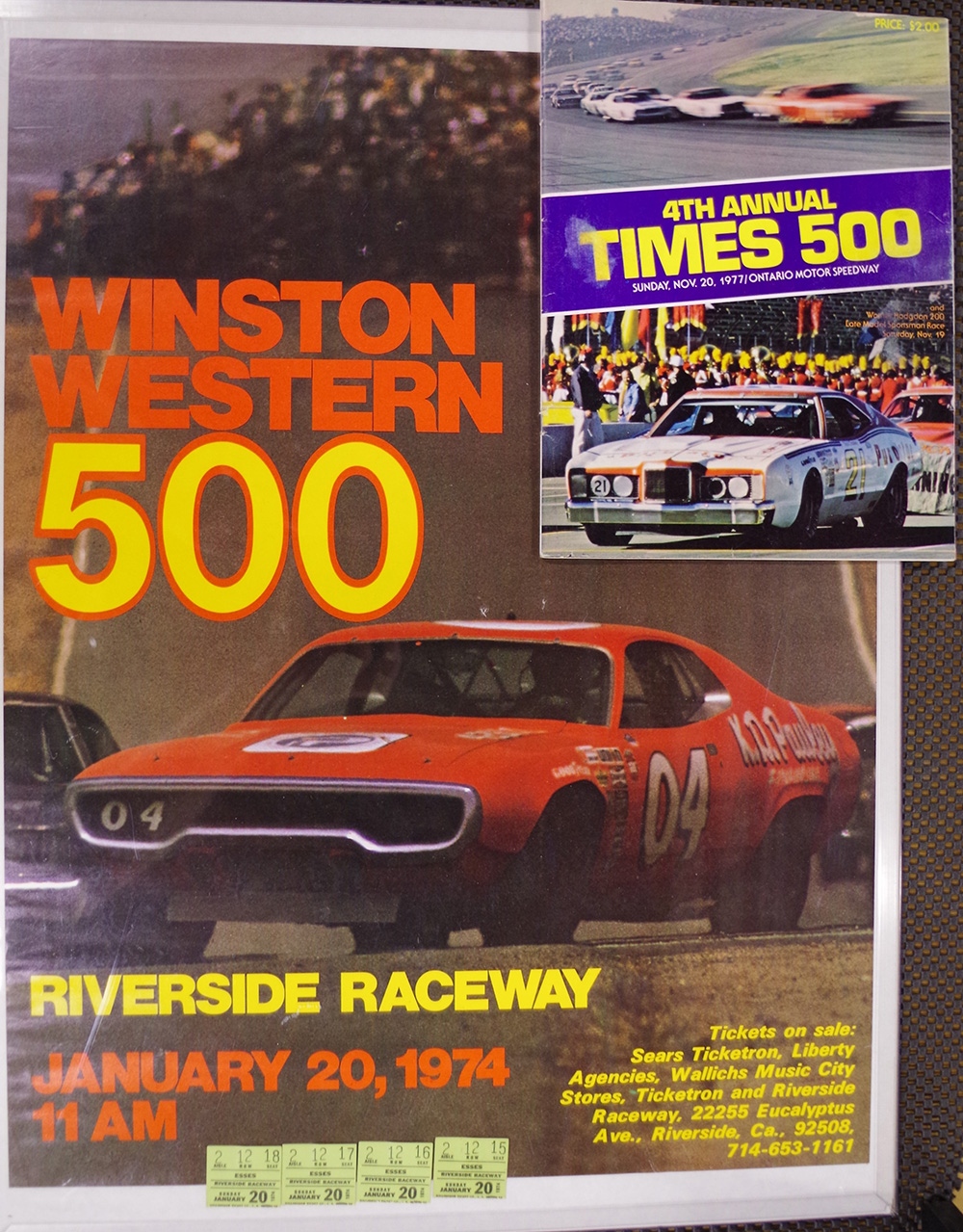 Until Cornwell’s generous donation, the NASCAR Hall of Fame only possessed a handful of programs and posters from Riverside, Ontario, and other California short tracks. These artifacts will be used for research purposes and will be digitized to serve as content for some of the new digital interactives featured throughout the NASCAR Hall of Fame.

Daniel has been a Curator at the NASCAR Hall of Fame since 2016 and earned his Ph.D. from the University of Florida in 2009.

This Week in NASCAR History: August 3-9