Ken Marriott's Championship trophy from the 1957 Modified season - an artifact recently donated to the Hall of Fame. 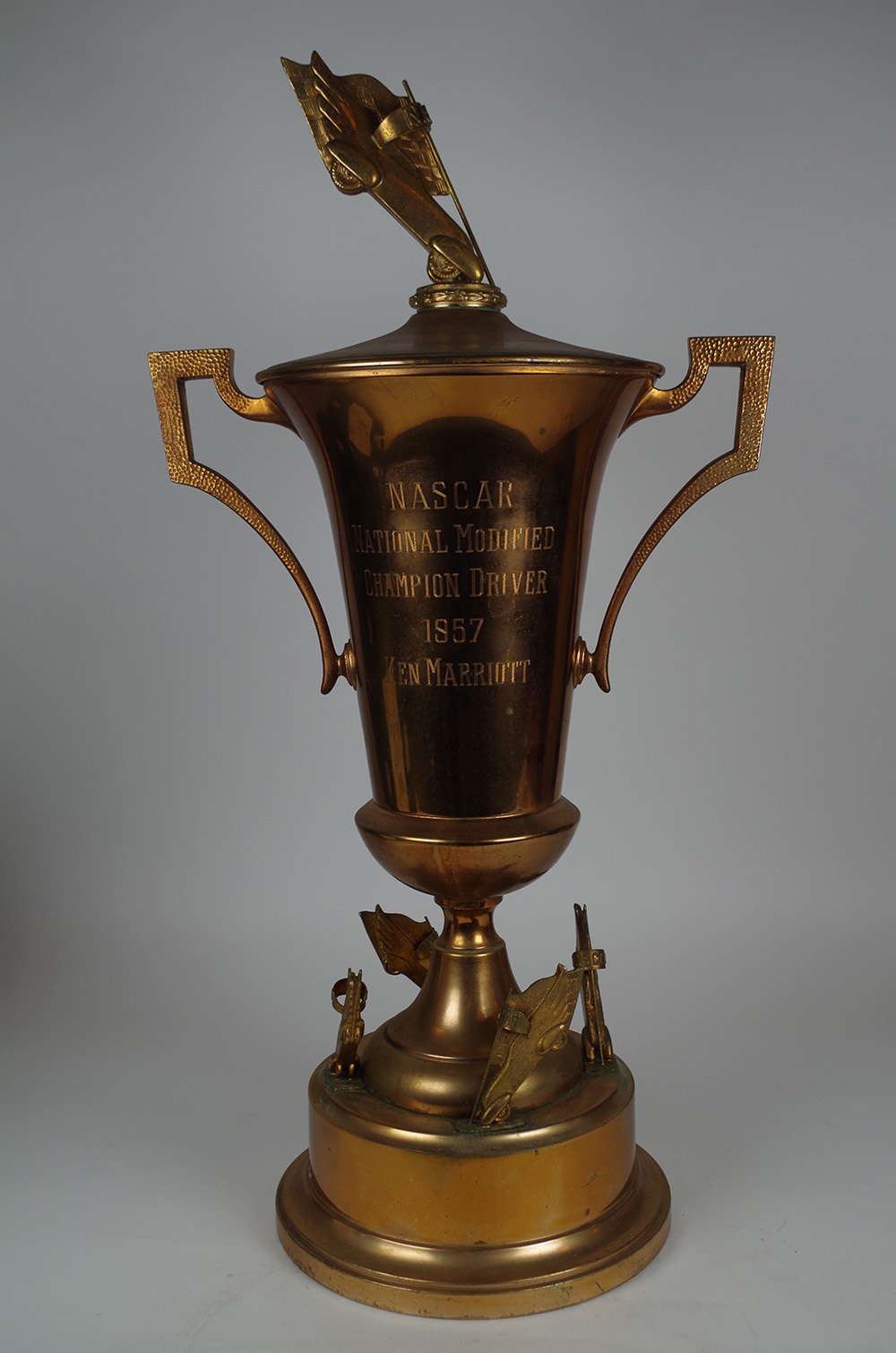 Established in 1948, the NASCAR Modified Division (now Whelen Modified Tour) is NASCAR’s oldest division. Ken “Bones” Marriott was the 1957 Modified Division champion, and many decades later the NASCAR Hall of Fame obtained this championship trophy from the estate of his late son John.

Championship points were awarded in a far different manner in those days. Modified racers did not compete or travel as part of a national “touring” division back then. NASCAR-sanctioned modified races often occurred at multiple tracks on the same day, many miles apart. Marriott earned the championship based on the number of NASCAR-sanctioned modified events he competed in as well where he finished in each race.

In June, two modified masters, Red Farmer and Mike Stefanik were announced (with Dale Earnhardt Jr.) as members of the NASCAR Hall of Fame Class of 2021.