This Week in NASCAR History: August 3-9

This week’s recap of historical winners and Hall of Famers includes members of the Petty, Allison, Jarrett and Earnhardt families. 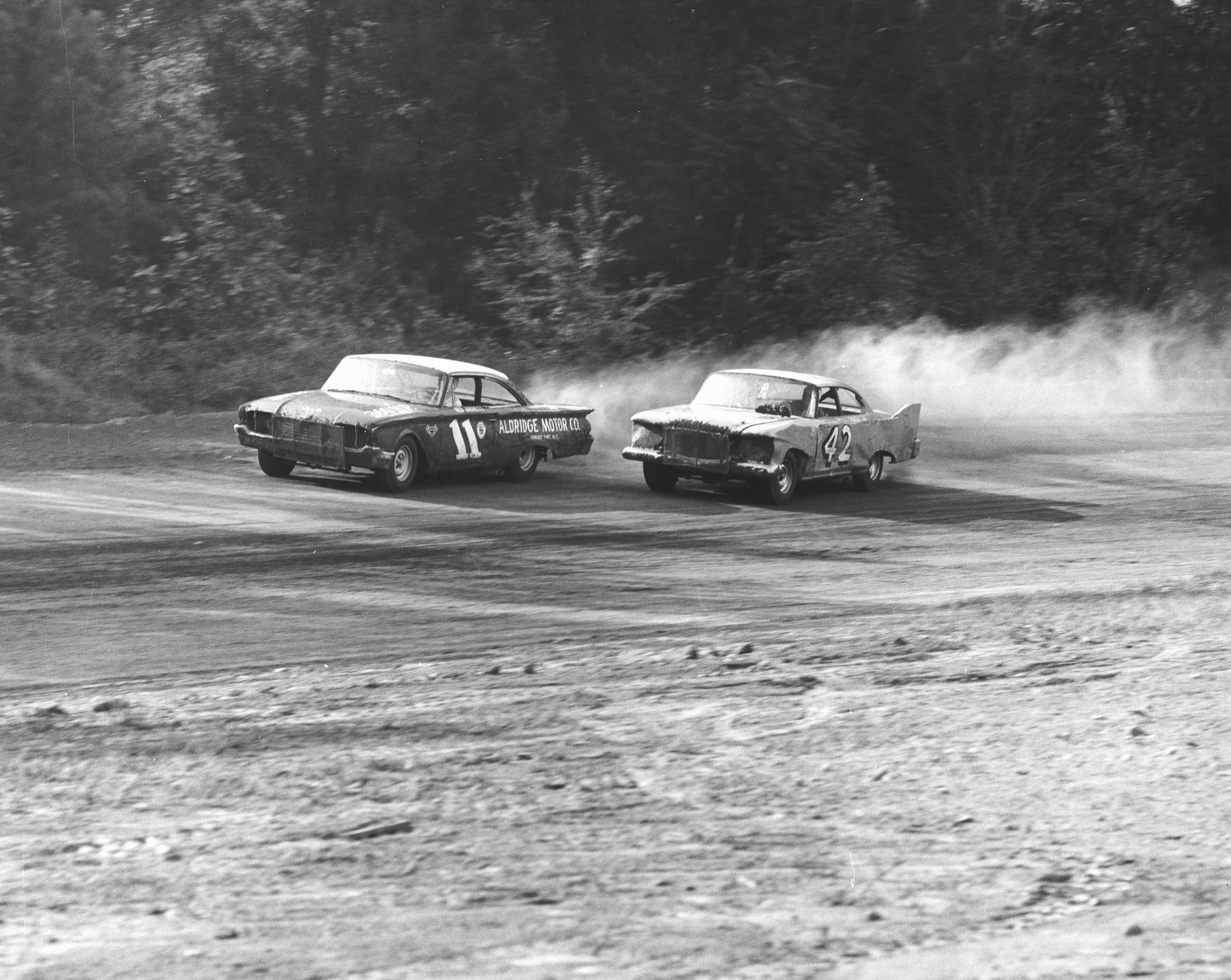 Ned Jarrett (No. 11) and Lee Petty engaged in some furious battles on short tracks throughout the South. Photo courtesy of NASCAR Archives & Research Center via Getty Images.

Hall of Famer Ned Jarrett (2011) bested the son-father Hall of Fame duo of second-place Richard Petty (2010) and his father and third-place finisher Lee Petty (2011) to win on the 0.250-mile paved Dixie Speedway track in Birmingham, Alabama. Jarrett clearly had it going on that day, qualifying on the pole and leading all 200 laps in his own 1960 Ford. The win paid a modest purse of $770 for Jarrett, who won five races during the season. 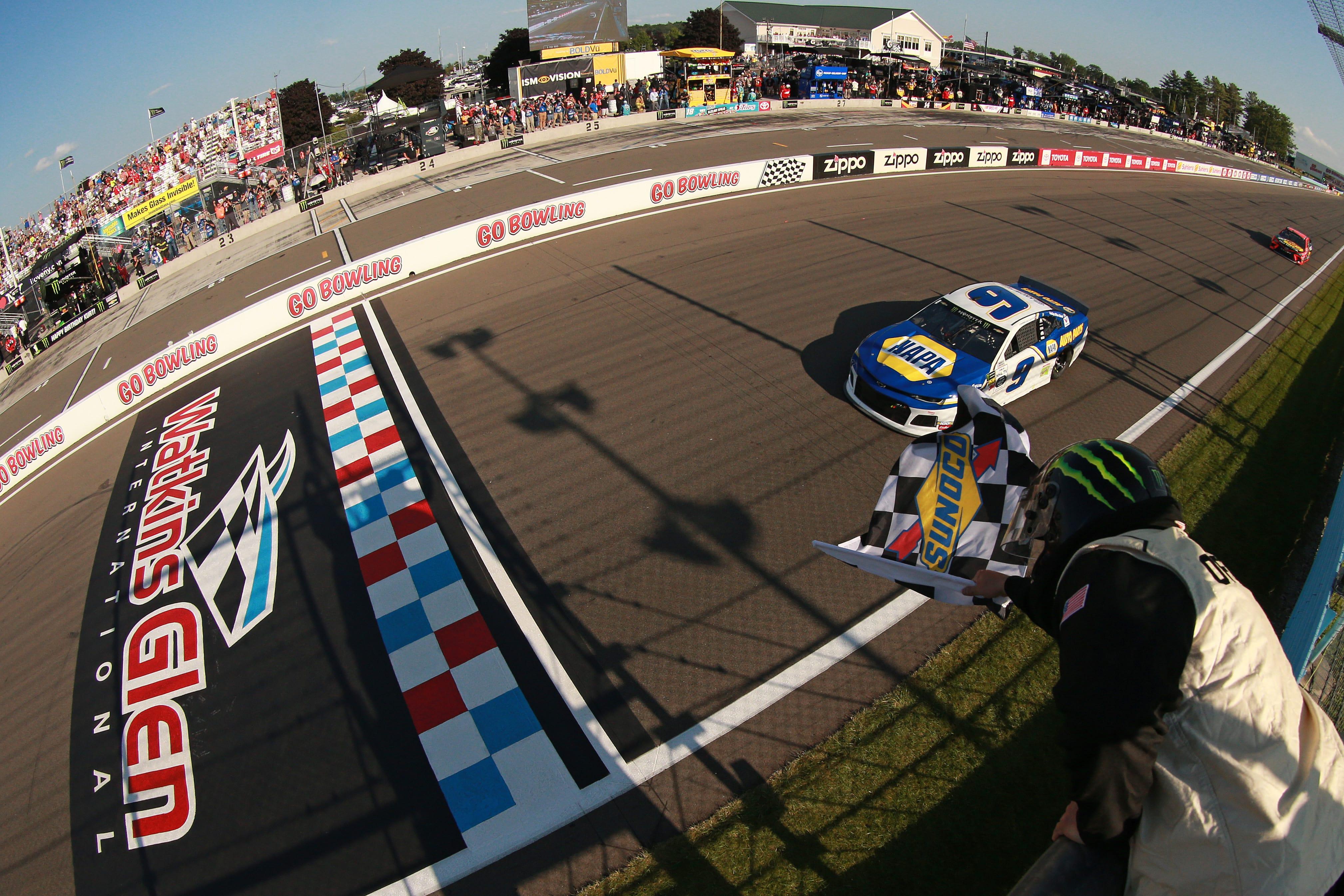 Like father, like son: Second-generation racer Chase Elliott, the son of Hall of Famer Bill Elliott (2015), returned to Watkins Glen International, the New York road course where he won his first premier series race in 2018. The second time around, Chase had the field covered, as he led 80 of 90 laps to capture the Go Bowling at the Glen 225 in a Chevrolet owned by Hall of Famer Rick Hendrick (2017). 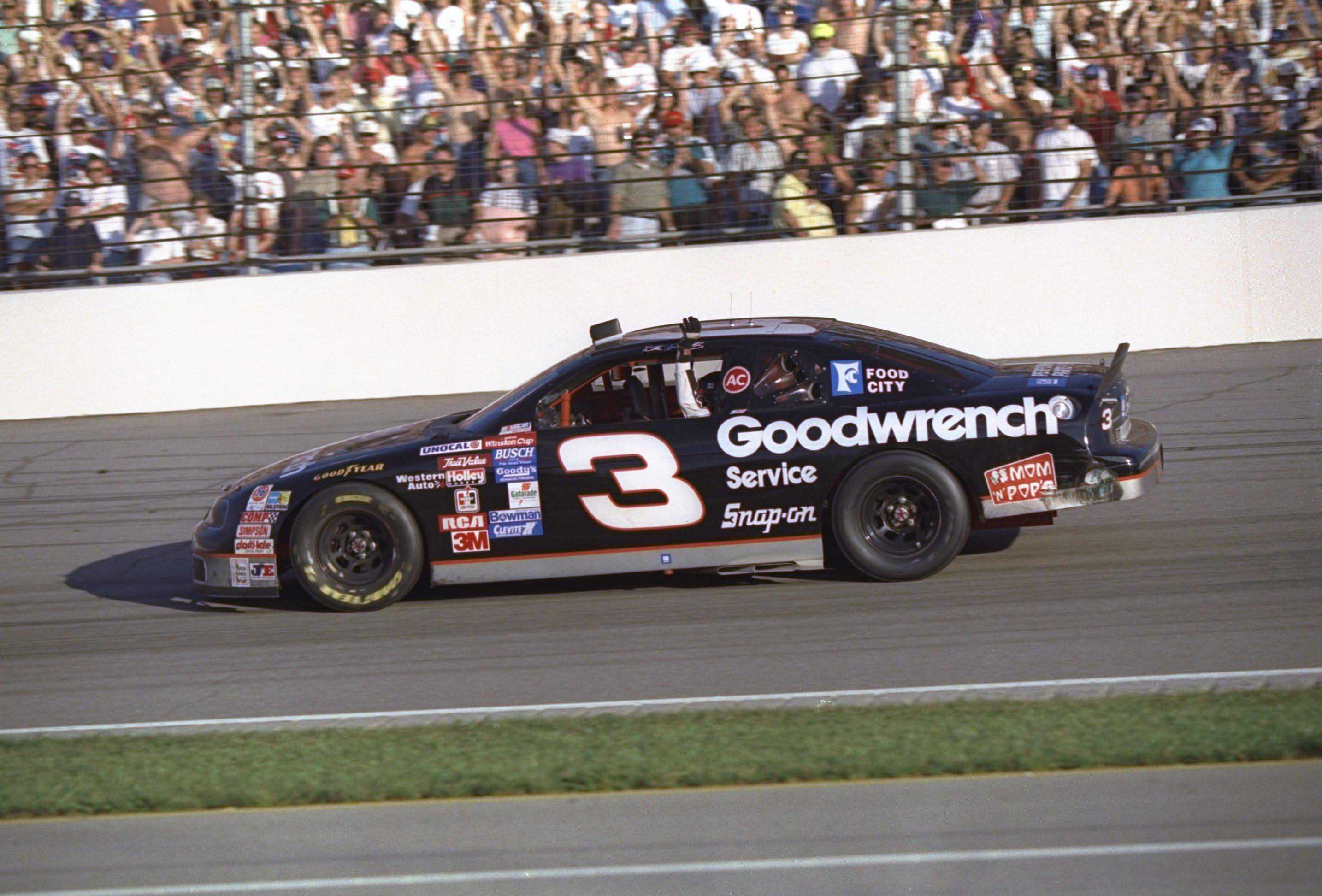 After winning the second annual Brickyard 400, Dale Earnhardt waved to the crowd on his victory lap. Photo courtesy of Julian Gonzales/Allsport

Hugely disappointed to not win the inaugural Brickyard 400 in 1994, Hall of Famer Dale Earnhardt (2010) rebounded in style to capture NASCAR’s second visit to the fabled Indianapolis Motor Speedway. Driving for fellow Hall of Famer Richard Childress (2017), Earnhardt passed John Andretti with 33 laps to go and held on to capture the race and the $565,600 purse money that went with it. The top six finishers were all Hall of Famers, as Earnhardt bested Rusty Wallace (2013), Dale Jarrett (2014), Bill Elliott (2015), Mark Martin (2017) and Jeff Gordon (2019). 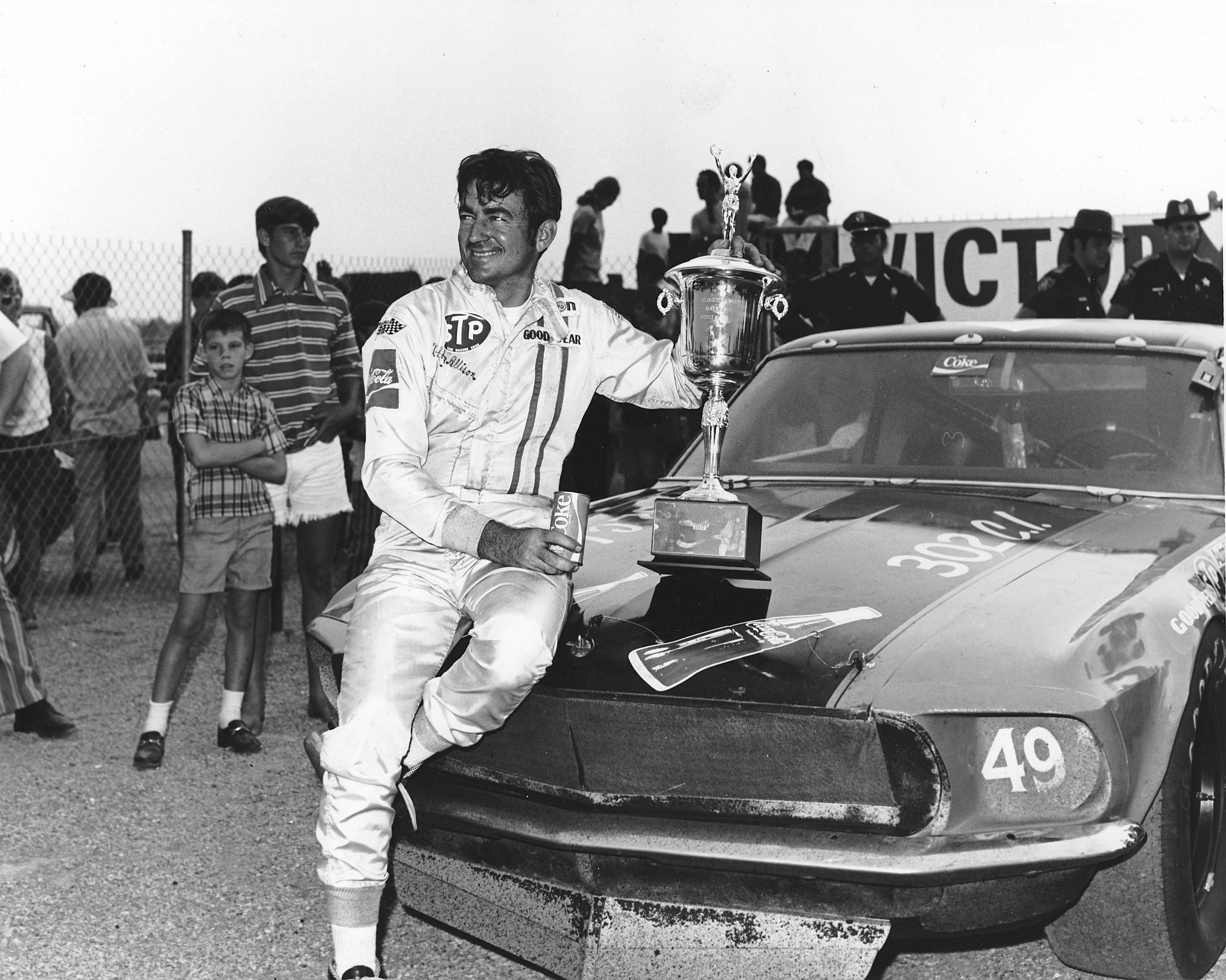 Bobby Allison competed in the No. 49 Ford Mustang in a number of short-track races in 1971. Photo courtesy of NASCAR Archives & Research Center /CQ-Roll Call Group via Getty Images.

A pair of Hall of Famers who were intense rivals on and off the track squared off at historic Bowman Gray Stadium in Winston-Salem, North Carolina, a paved 0.250-mile track that’s still in use today. In the Myers Brothers 250, Bobby Allison (2011) finished 3 seconds ahead of Richard Petty (2010), the only other driver to finish on the lead lap. Allison, who raced a Ford Mustang in the event, won $1,000 after averaging a leisurely 44.792 mph around the extremely short track. 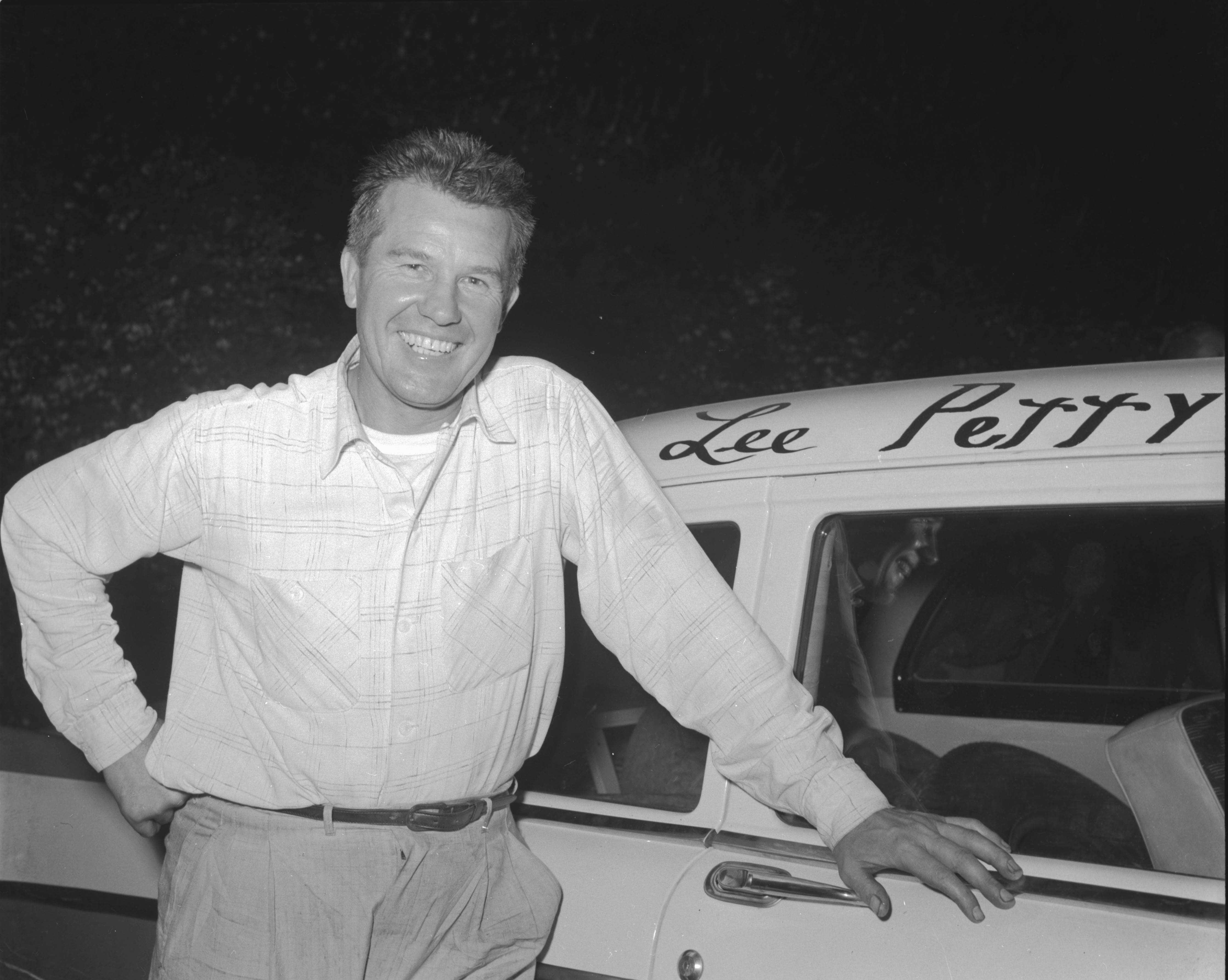 Coming off his first championship season in 1954, Lee Petty had another big year in ’55. Photo courtesy of NASCAR Archives & Research Center via Getty Images.

The patriarch of the Petty clan, Hall of Famer Lee Petty (2011) didn’t just race for the sport of it. Instead, racing was the Petty family business and they were very, very good at it. On the old 0.500-mile Forsyth County Fairgrounds dirt track in Winston-Salem, North Carolina, Petty pocketed $1,100 after winning a 200-lap race over Jim Paschal and another Hall of Famer, Buck Baker (2013). The victory was one of six on the season for Petty. 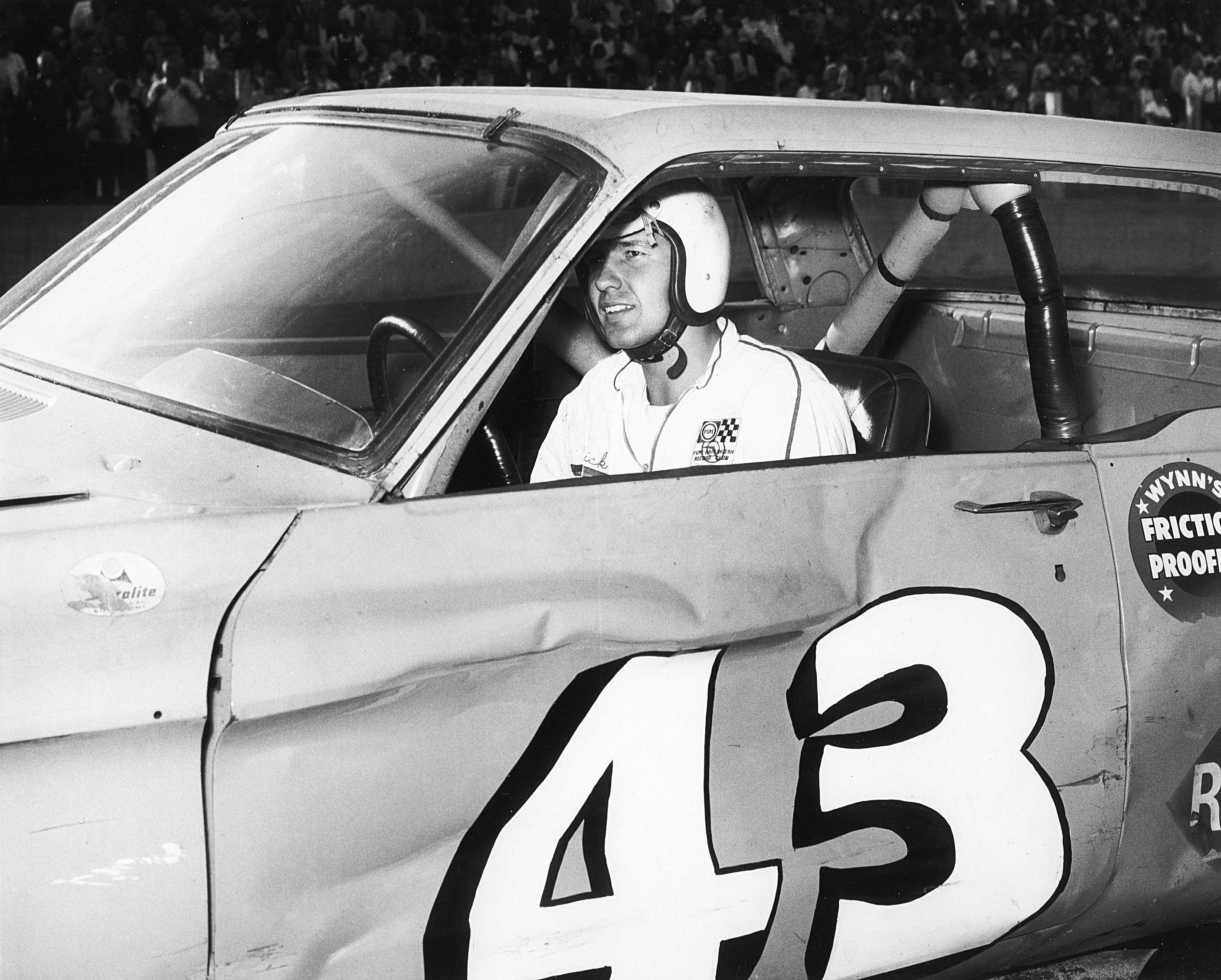 The top of the leaderboard was filled with Hall of Famers in the Sandlapper 200 at Columbia Speedway in Cayce, South Carolina, where second-generation racer Richard Petty (2010) won $1,140 on the 0.500-mile dirt track. Finishing second, 9 seconds behind Petty was his toughest rival, David Pearson (2011). They were followed to the checkered flag by Bobby Isaac (2016) and Ned Jarrett (2011). 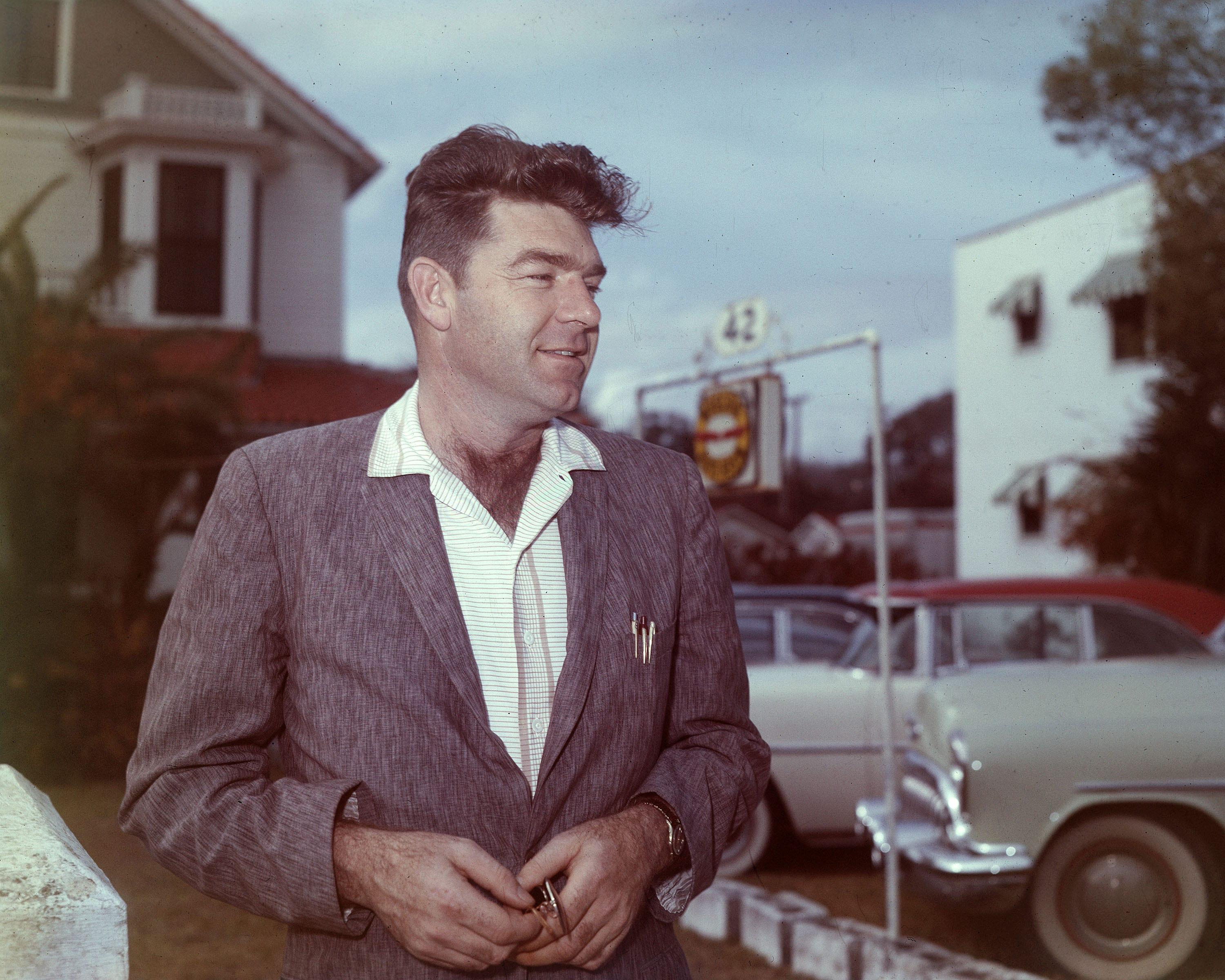 Occoneechee Speedway in Hillsborough, North Carolina, was a fast, 1-mile dirt track that hosted NASCAR races from 1949 to 1968. In the track’s second premier series race of 1953, Hall of Famer Curtis Turner bested fellow Hall of Famers Herb Thomas (2013) and Lee Petty (2011) by half a lap to claim the first-place purse of $1,000. Turner was regarded as one of the best drivers ever on dirt tracks because of his phenomenal car control.