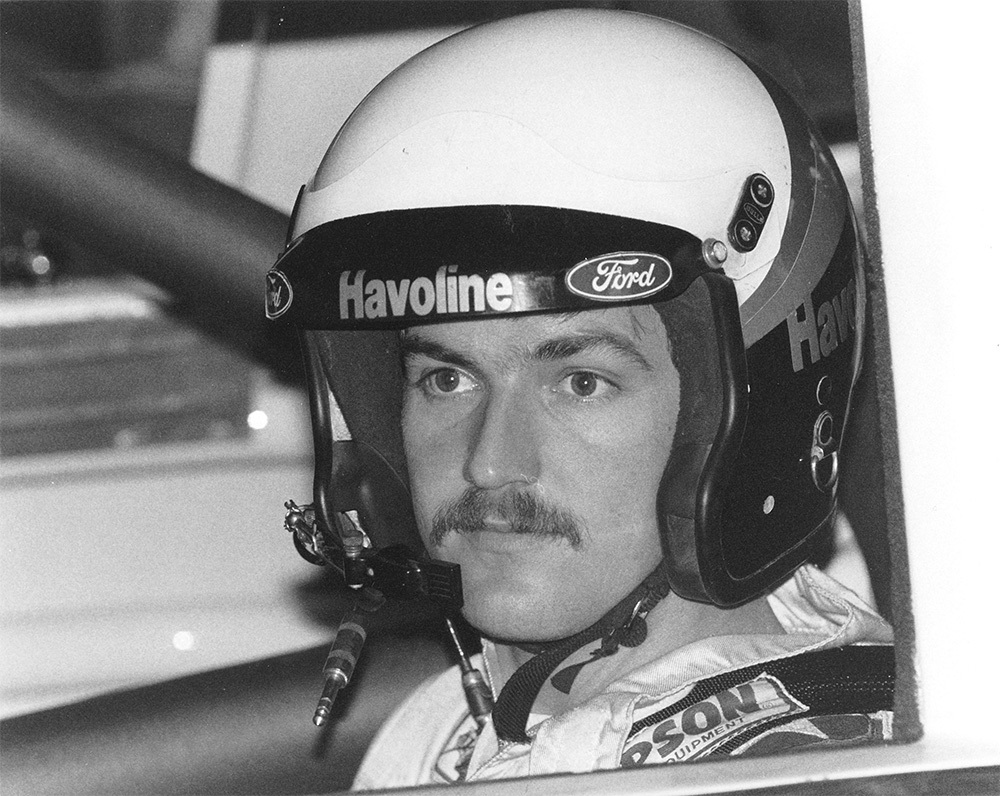 Before he became a full-time premier series driver, Davey Allison had a one-off ride in one of Junior Johnson’s Chevrolets. Photo courtesy of NASCAR Archives & Research Center /CQ-Roll Call Group via Getty Images.

At Alabama International Motor Speedway, (now Talladega Superspeedway), Hall of Famer Davey Allison (2019) subbed for an injured Neil Bonnett in the No. 12 Budweiser-sponsored Chevrolet fielded by Hall of Fame team owner Junior Johnson (2010). In what would be his only appearance in the car, Allison qualified seventh and finished seventh in the Talladega 500, while Bobby Hillin scored the only victory of his career, earning $60,055 for himself and the Stavola Brothers Racing team. 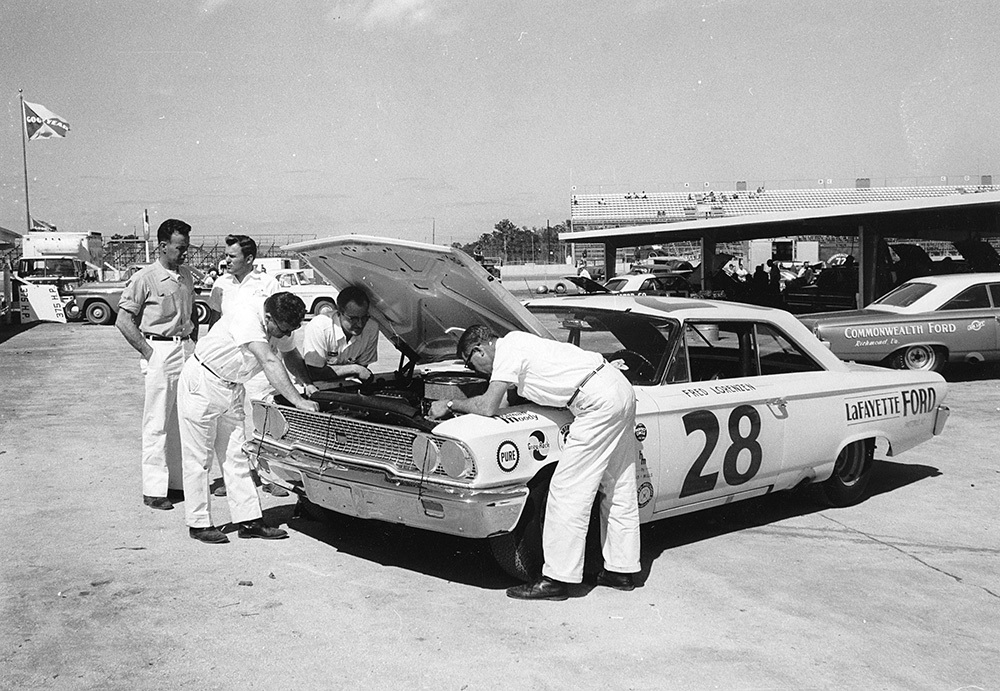 Driving a Holman-Moody Racing Ford with an engine built by Hall of Famer Waddell Wilson (2020), fellow Hall of Famer Fred Lorenzen (2015) won the Volunteer 500 at Bristol International Speedway (now Bristol Motor Speedway). The other driver to finish on the lead lap in the 36-car field was Hall of Famer Richard Petty (2010). The victory was worth $4,540 for Lorenzen and Holman-Moody. 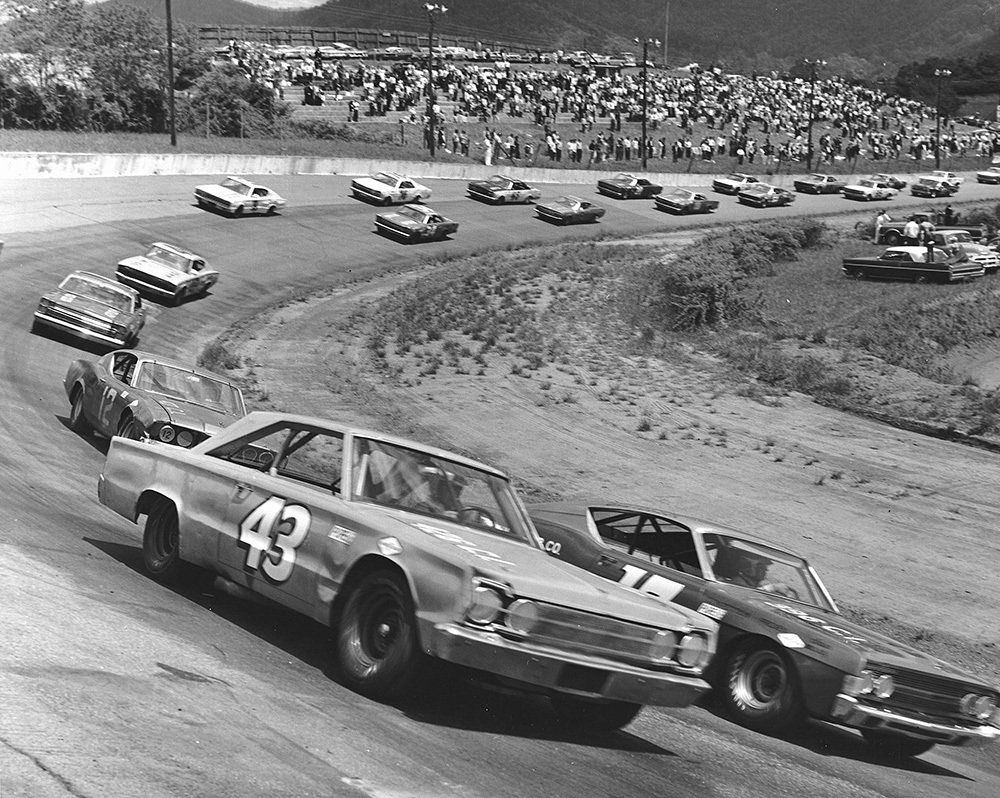 During the midst of his record-setting 27-victory season, Richard Petty won the Nashville 400 at Nashville Speedway for the third consecutive season. The triumph was Petty’s 17th of the year to that point, including three of the four races prior to the Nashville event. After qualifying on the pole and leading all 400 laps the year before, this time Petty qualified second and led 131 circuits to claim the first-place prize of $2,050. 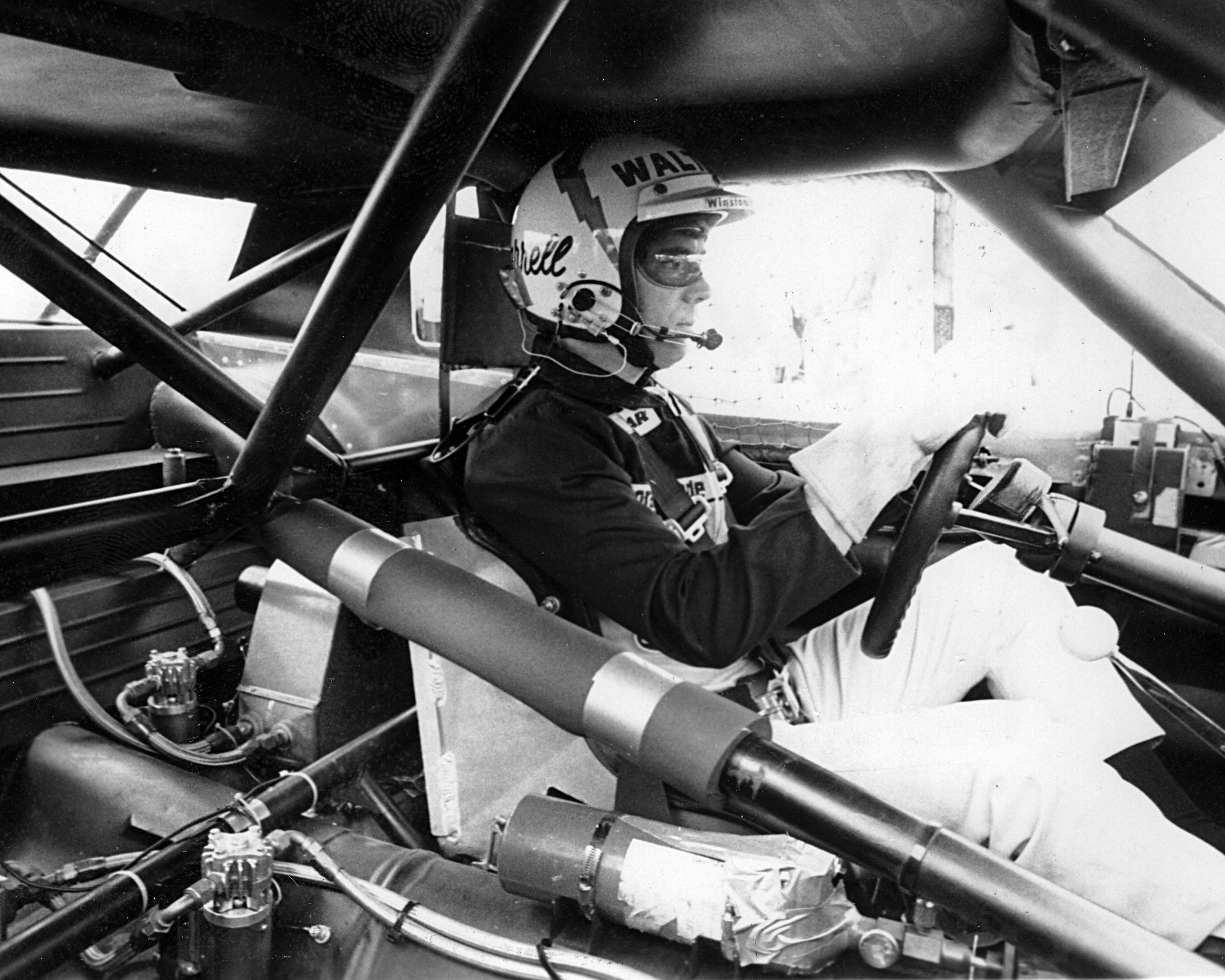 A trio of Hall of Famers duked it out for the win on the Tricky Triangle – better known as Pocono International Raceway (now Pocono Raceway) – where Darrell Waltrip (2012) took the checkered flag 0.7 seconds ahead of David Pearson (2011), with Bobby Allison (2011) third, one lap down. Driving the iconic Gatorade-sponsored No. 88 DiGard Racing Chevrolet, Waltrip led 125 of 200 laps and earned $20,890 with the victory. 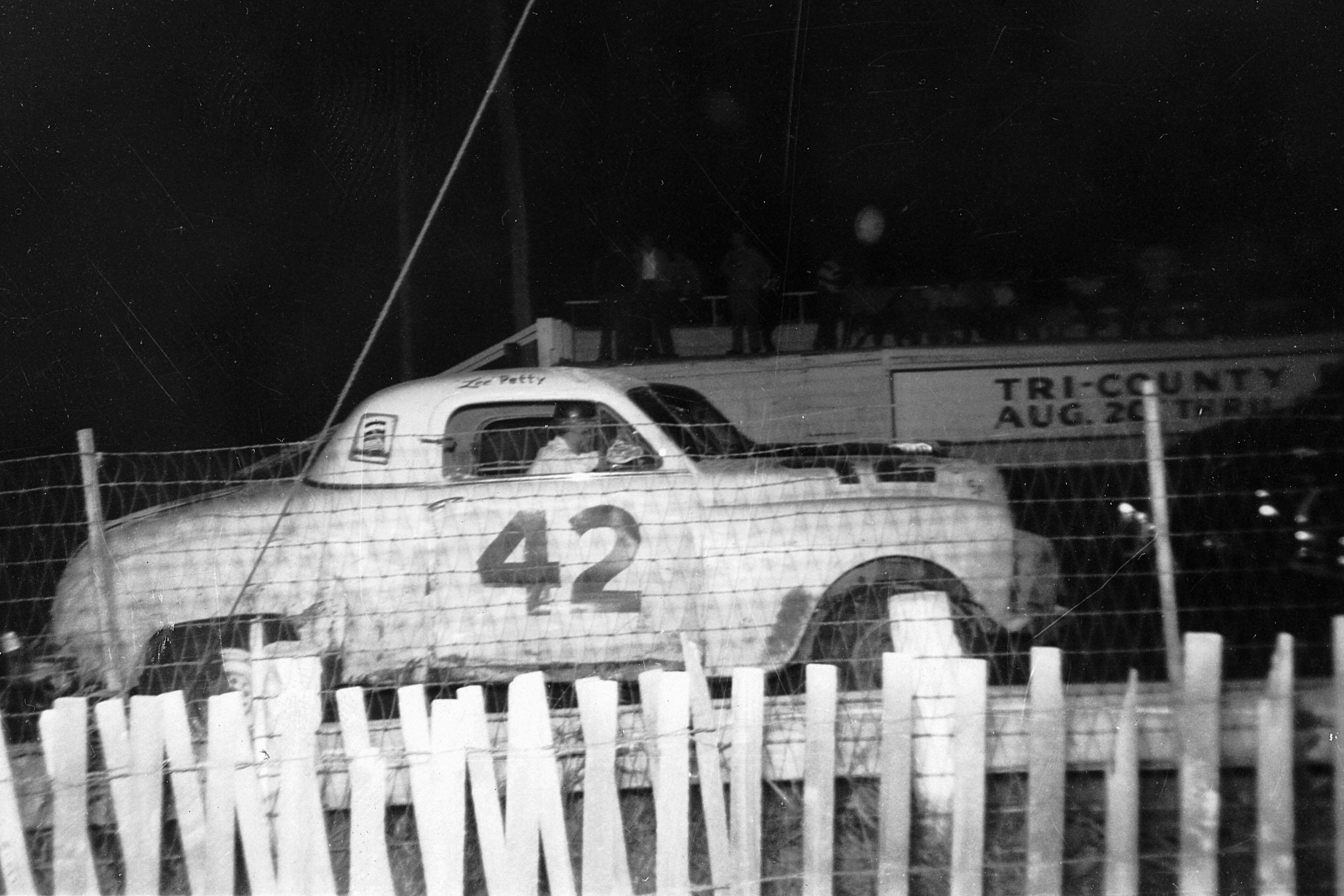 At Monroe County Fairgrounds, Hall of Famer Lee Petty (2011) passed Fonty Flock on Lap 102, making the only pass of the race to lead the final 99 laps and win the 200-lap feature on the 0.500-mile dirt track. The victory was the third of Petty’s career and his only triumph of the 1951 season. Petty drove a 1951 Plymouth in the race and pocketed the $1,000 first-prize money for his efforts. 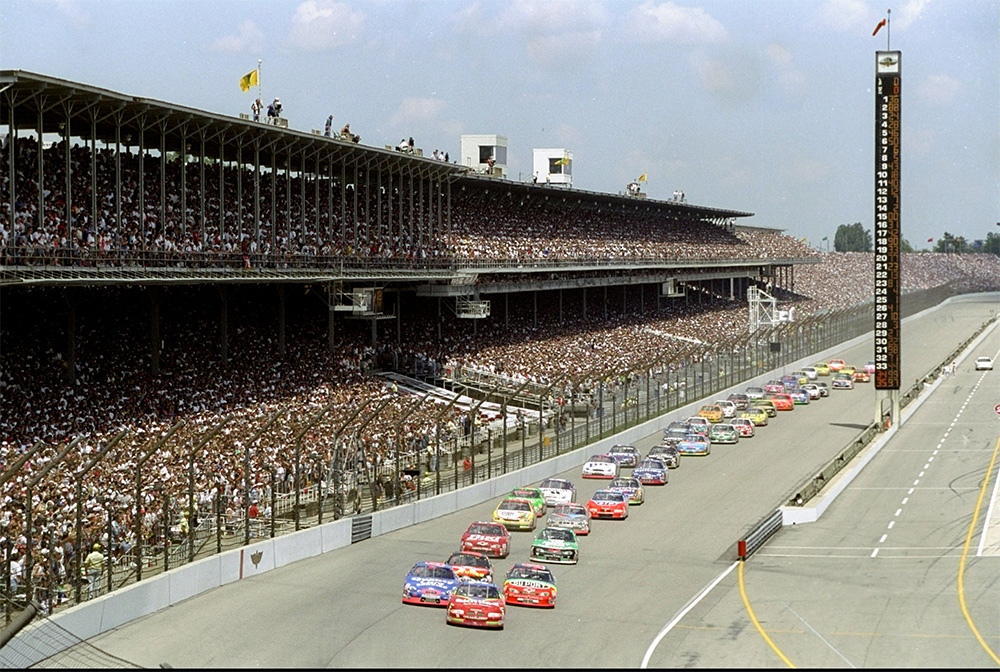 Four years after winning the inaugural Brickyard 400 at Indianapolis Motor Speedway, Hall of Famer Jeff Gordon (2019) became the first two-time winner of NASCAR’s annual trip to the historic track. Gordon had a dominating afternoon, leading 97 of 160 laps in a Chevrolet owned by Hall of Famer Rick Hendrick (2017), with Hall of Fame crew chief Ray Evernham (2018) atop the pit box. Gordon won $637,625 in the race and went on to set a record with five Brickyard 400 victories. 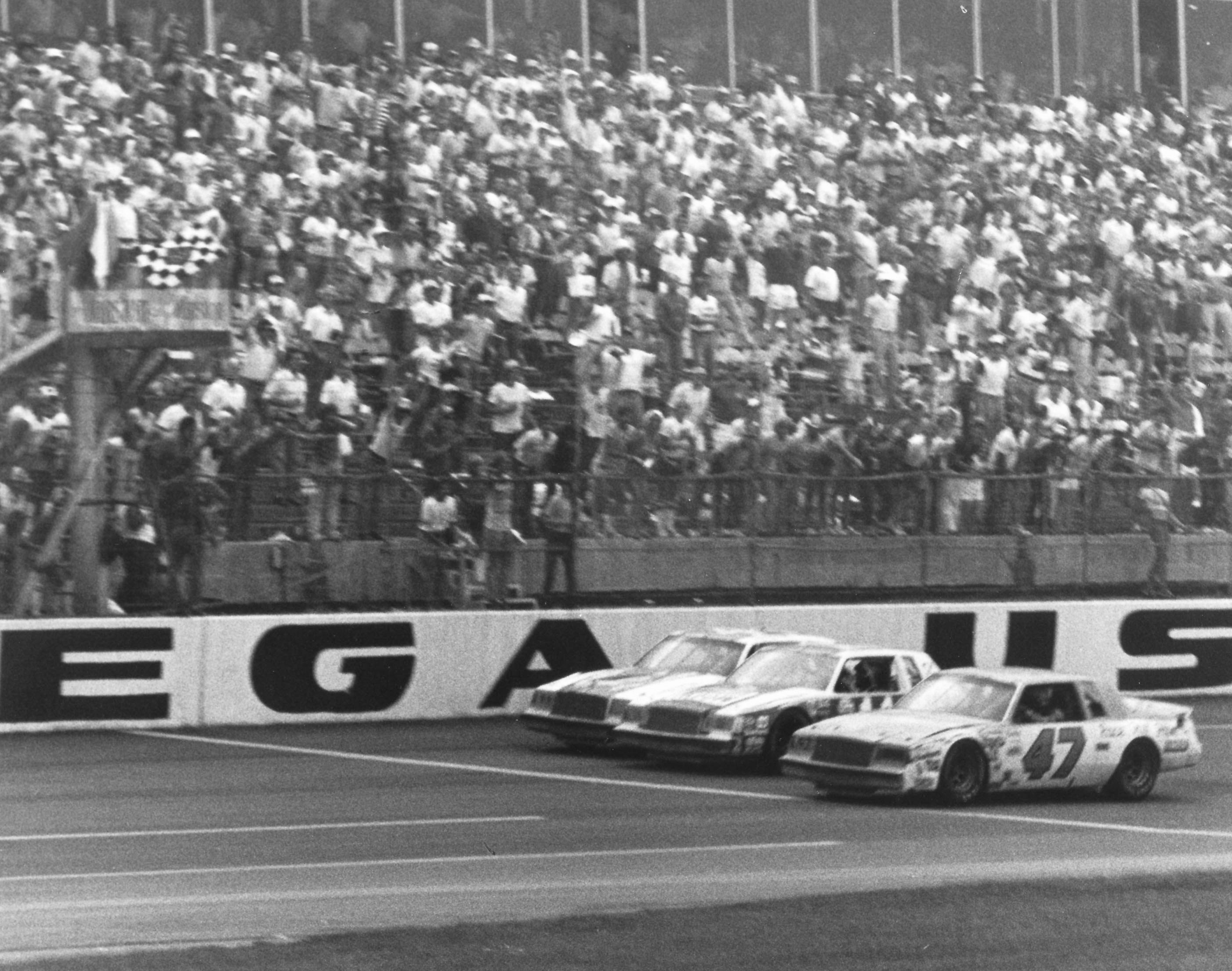 Hall of Famers Darrell Waltrip (2012) and Terry Labonte (2016) were engaged in a furious last-lap battle in the Talladega 500 at Alabama International Motor Speedway (now Talladega Superspeedway) with Waltrip leading heading to the checkered flag. When Labonte tried to pass on the high side, Waltrip moved up the track, which opened the door for unheralded New England rookie Ron Bouchard to dive under them both and win the only race of his premier series career in one of NASCAR’s greatest upsets. Bouchard, who won $38,905, crossed the finish line 2 feet ahead of Waltrip.