For many NASCAR Hall of Famers, racing really was a family affair

NASCAR racing has always been a family affair. It was that way in the very beginning and it is that way today.

Families traveled to races together, worked on their cars together, raced and then packed up and went home together. Little kids who grew up with racing fathers played with the kids of other racing families until they got old enough to work themselves.

It was a nomadic lifestyle, certainly, but one that tended to build strong family bonds between parents and children.

At the NASCAR Hall of Fame, there are six fathers who have both been inducted themselves and had their sons follow them.

Not surprisingly, most of the fathers induced into the Hall of Fame were among the first two classes. 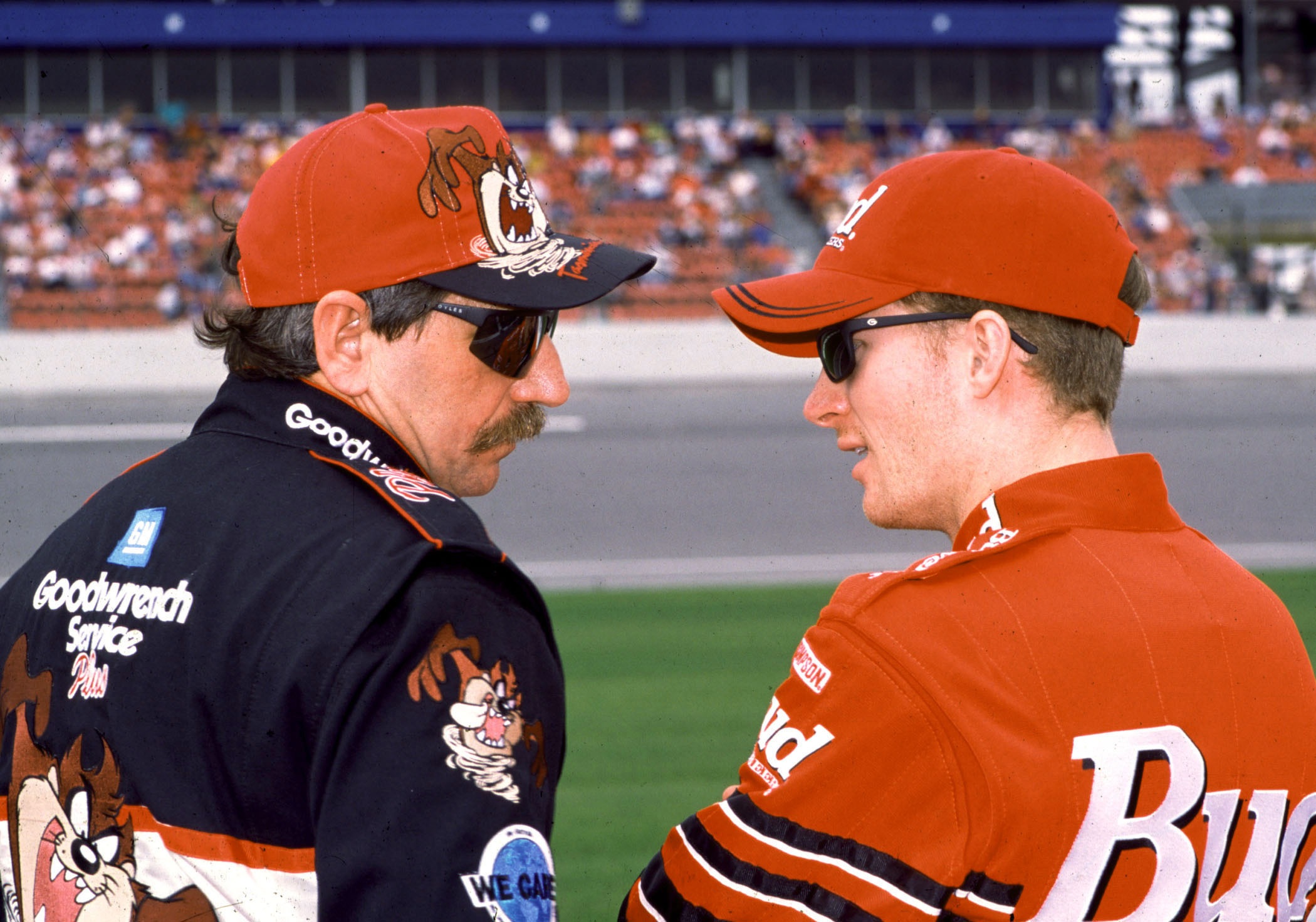 Dale Earnhardt Jr.’s 2014 Daytona 500-winning car and about 20 of his artifacts are on display in the Hall of Honor at the NASCAR Hall of Fame. 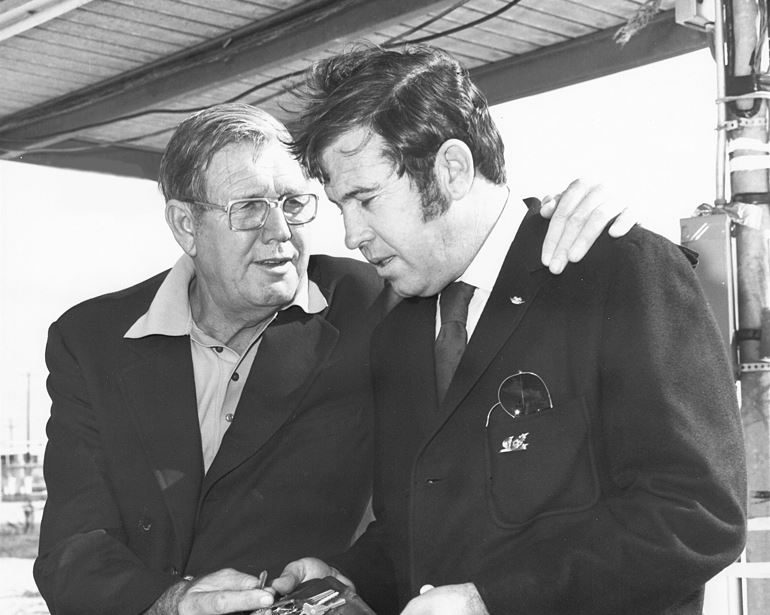 From the inaugural Class of 2010, came NASCAR founder William H.G. France (2010) and his son and successor, William C. France (2010). Together, the Frances led NASCAR from its inception in 1948, until October 2003, when Bill Jr. stepped down as chairman and CEO. Their strong and visionary leadership took the sport of NASCAR racing from being a Southern novelty to a national phenomenon. 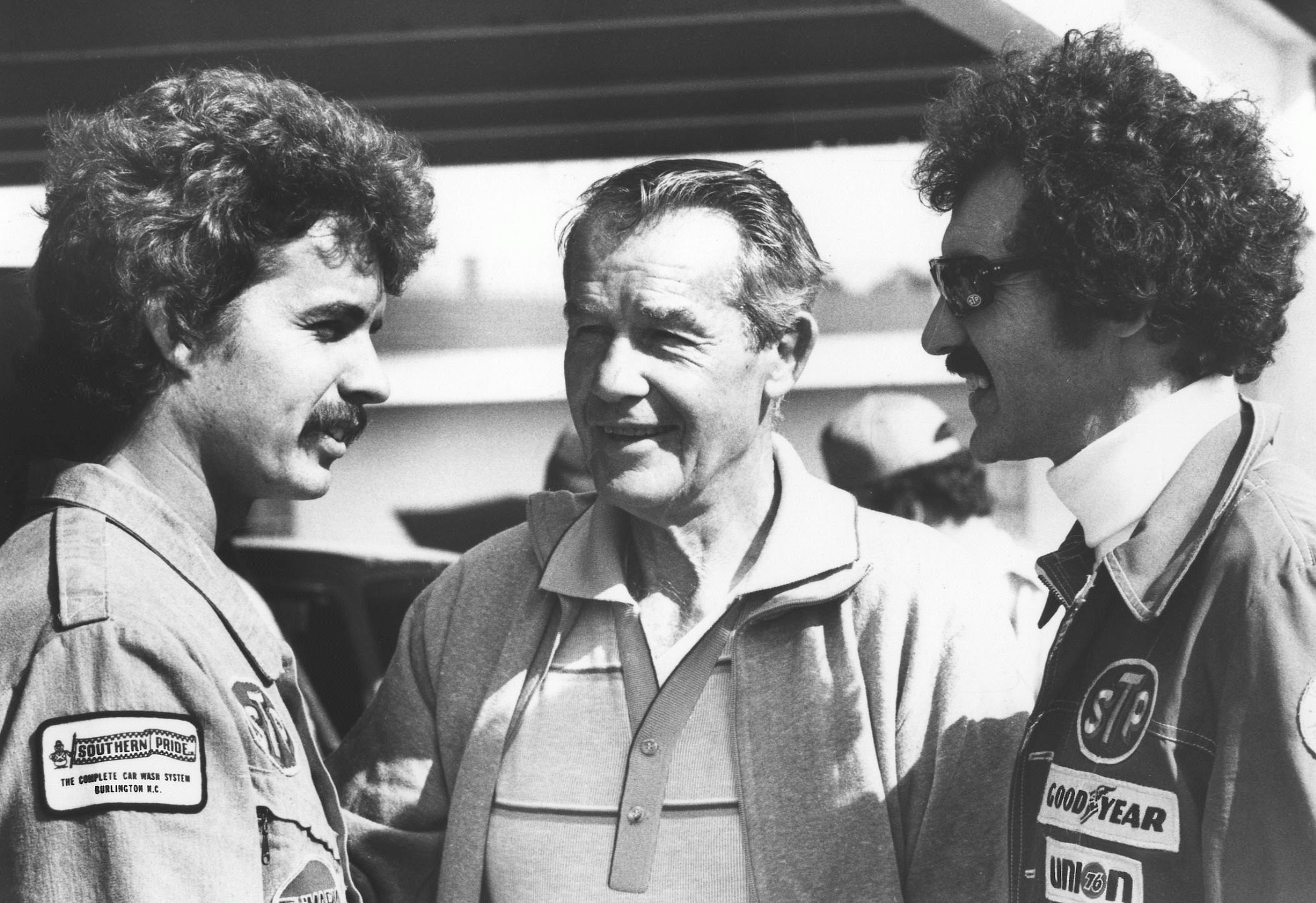 And here’s an oddity: Lee Petty, from the Class of 2011, is the only individual with two sons in the Hall of Fame – Richard went in in 2010 and Maurice in 2014 – and the only father to be voted in after his son. Collectively, the Petty family won 10 premier series driver titles. Father Lee was NASCAR’s first three-time champion, while Maurice built the engines that powered Richard to set a record with seven titles. 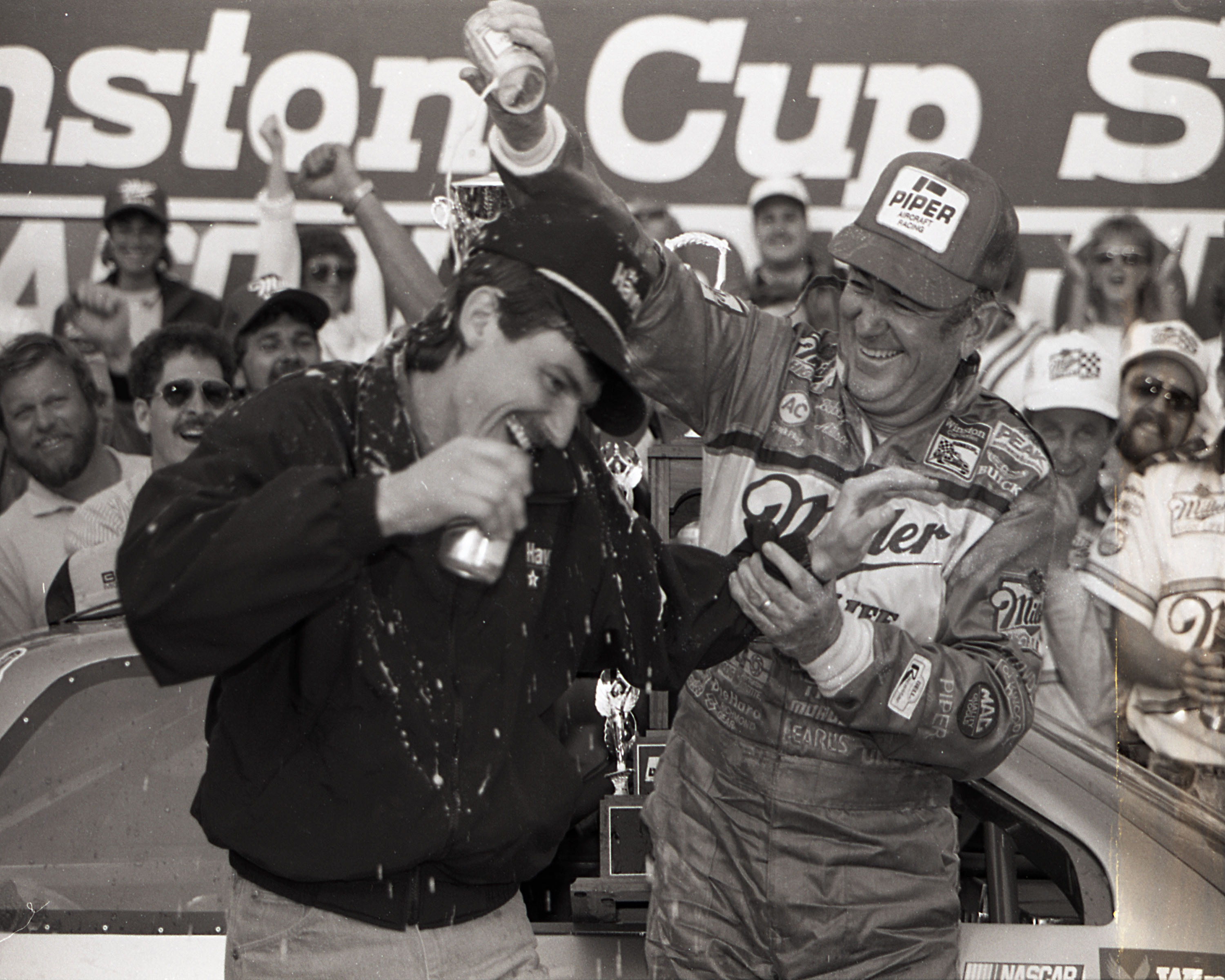 Bobby (right) and Davey Allison in Victory Lane after their 1-2 finish in the 1988 Daytona 500. Photo courtesy of NASCAR Archives & Research Center

Bobby Allison and Ned Jarrett both went into the Hall in 2011, while Ned’s son, Dale, was inducted in 2014, five years ahead of Davey Allison.

Both families had fabulous success – Bobby won 84 premier series races and the 1983 title, while Davey added 19 wins, giving the duo 103 race victories, including a 1-2 finish in the 1988 Daytona 500, which Bobby won ahead of Davey. 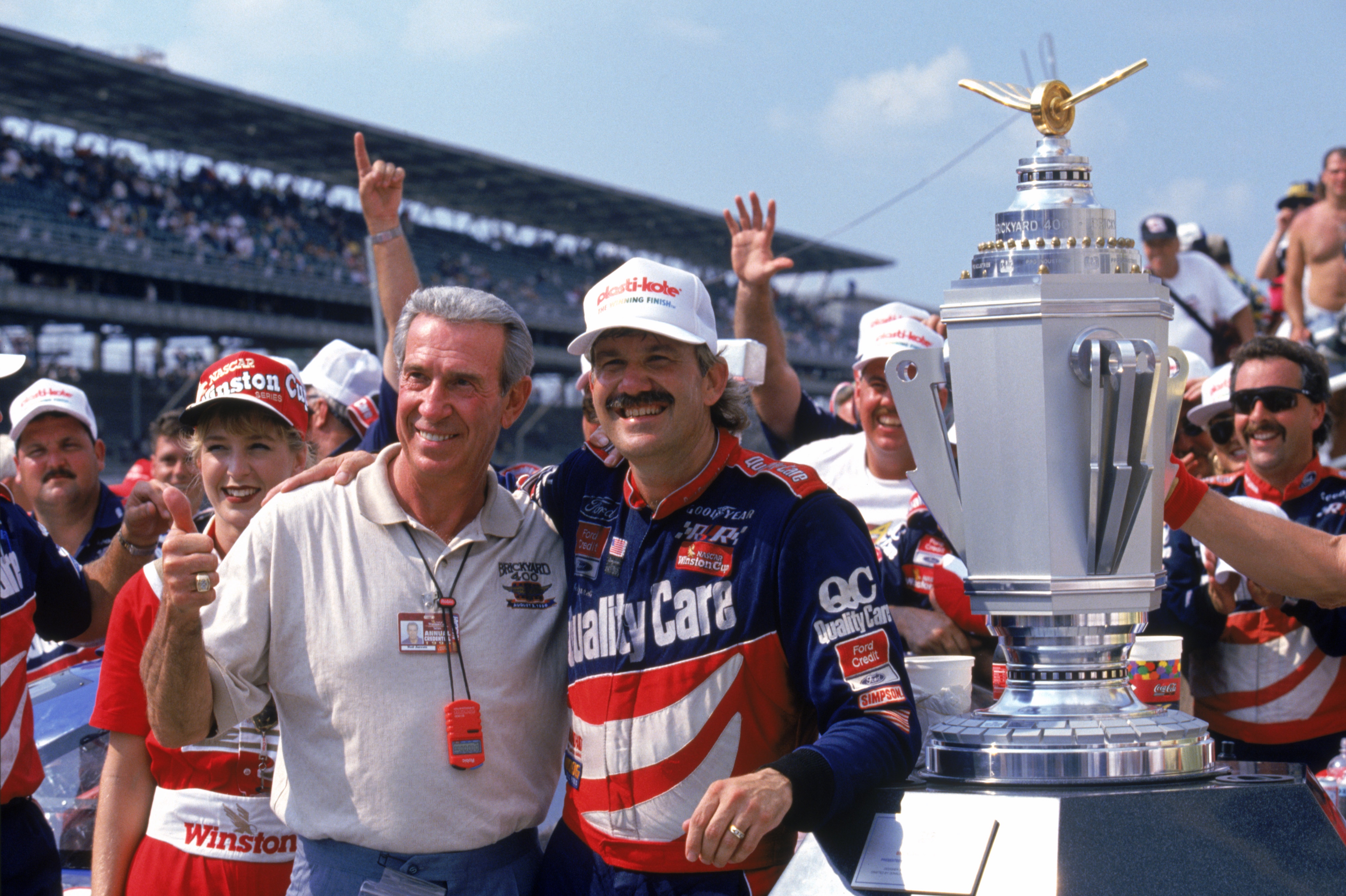 It was all smiles for Ned (left) and Dale Jarrett after Dale won the 1996 Brickyard 400 at Indianapolis Motor Speedway. Photo courtesy of Brian Bahr/Getty Images 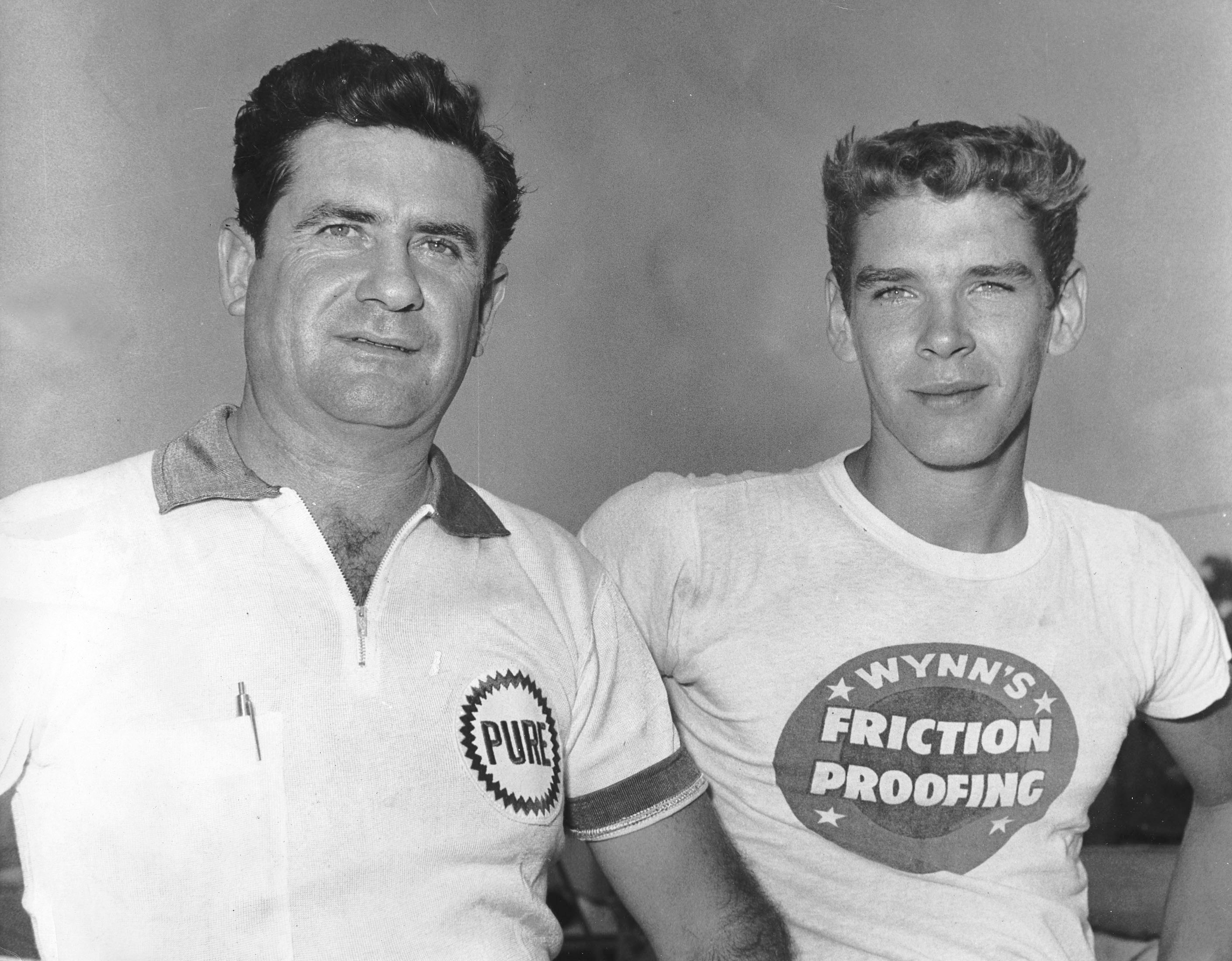 The numbers and the achievements generated by these Hall of Famers are indeed impressive. But more than that, they were fathers and family men, champions who in many cases raised champions themselves.

“The person that I looked up to the most, I didn’t have to look too far,” said Dale Jarrett. “He was in my home every single day. My dad has always been my hero, the person I looked to for advice or guidance for the right answers. And to help mold me into a person that he would be proud of the call his son.”

So as Father’s Day approaches, we salute the fathers who are making a difference in the lives of their children, just as these Hall of Famers did in years past. 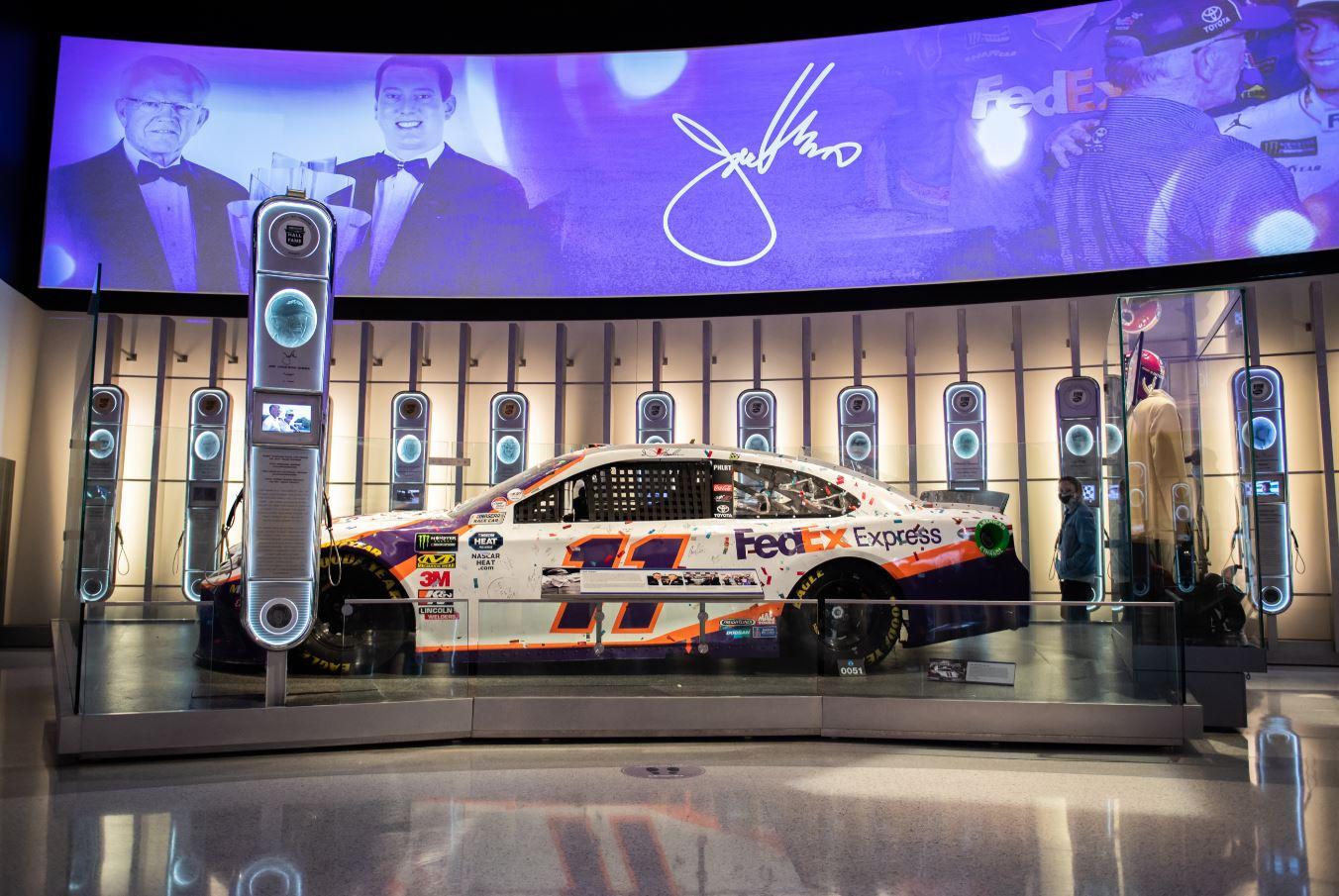