There are 13 team owners in the NASCAR Hall of Fame. See where each of them earned their first victory.

Thirteen of the 55 current inductees into the NASCAR Hall of Fame had long, successful careers as premier series team owners. Some were owners and drivers, a few were owners and crew chiefs or mechanics, while others were strictly owners. But they all had one thing in common: They had to get their first victory somewhere. Here’s where all 13 Hall of Fame owners visited Victory Lane for the first time. 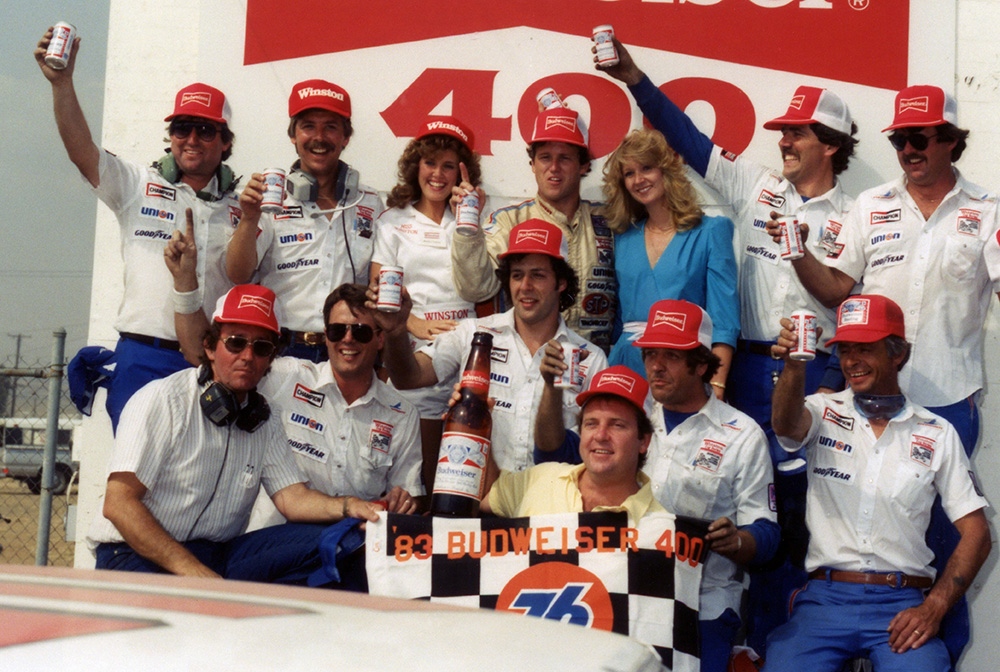 The beer flowed freely for Ricky Rudd and the Richard Childress Racing crew after his victory in the 1983 Budweiser 400. Photo courtesy of Dozier Mobley/Getty Images.

Talk about perseverance. Richard Childress began fielding cars in NASCAR in 1969, but it took him 14 long years and 245 starts for the team he founded, Richard Childress Racing, to win for the first time. RCR’s breakthrough victory came in the 1983 Budweiser 400 on the old Riverside International Raceway road course in Southern California, where Ricky Rudd led 57 of 95 laps to collect the $24,530 purse. 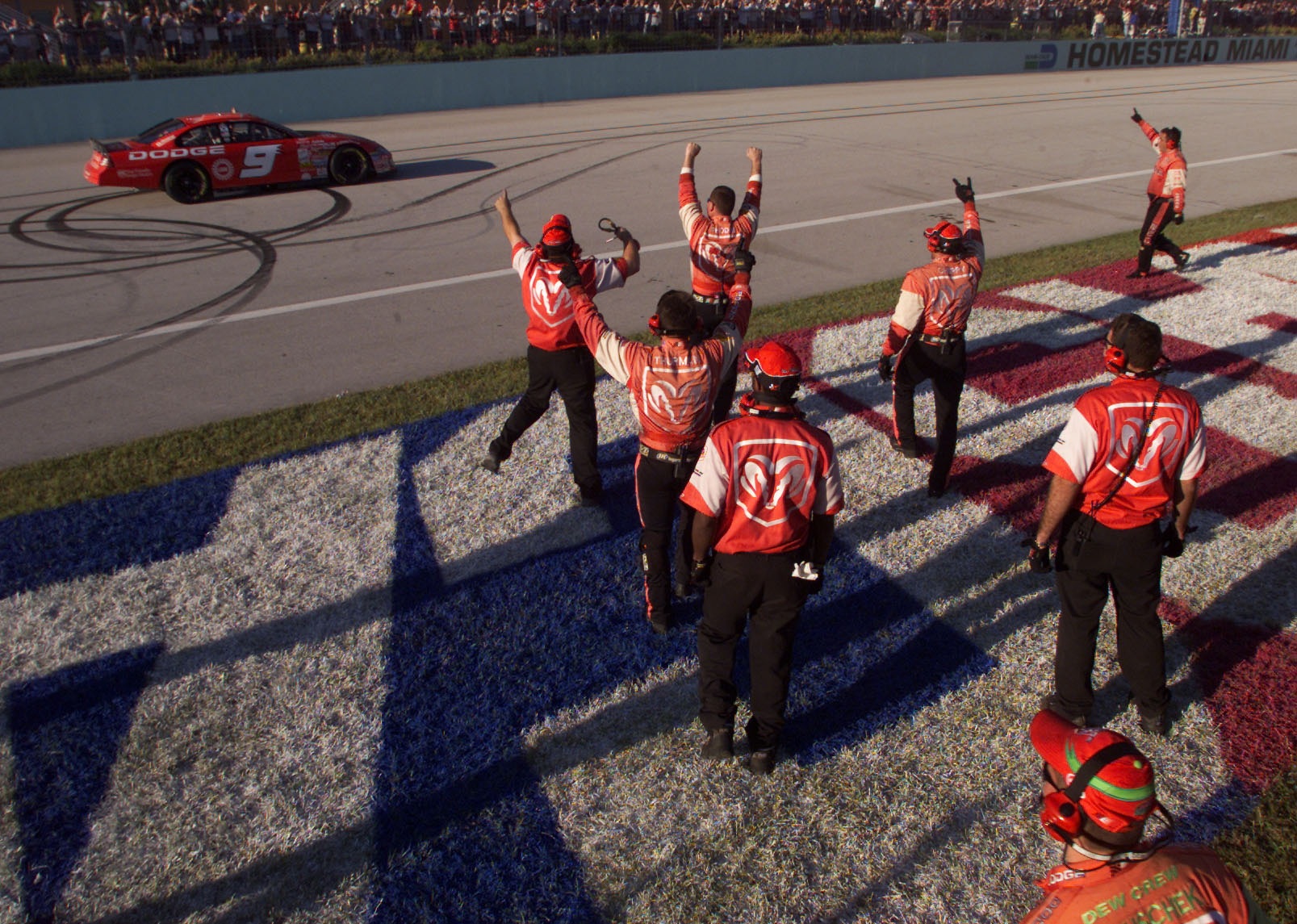 The Evernham Motorsports crew watched their driver, Bill Elliott, do his celebratory burnout after winning at Homestead-Miami Speedway in 2001. Photo courtesy of Jonathan Ferrey/Allsport.

Although best-known for winning three championships as crew chief for fellow Hall of Famer Jeff Gordon (2019), Ray Evernham also brought Dodge back into NASCAR in 2001, when he formed his two-car Evernham Motorsports race team. In the 34thrace of that season, Hall of Famer Bill Elliott (2015) captured the Pennzoil Freedom 400 at Homestead-Miami Speedway. The first victory for Evernham Motorsports paid $319,273 and if gave Dodge its first premier series race win since the late Neil Bonnett won the final race of the 1977 season. 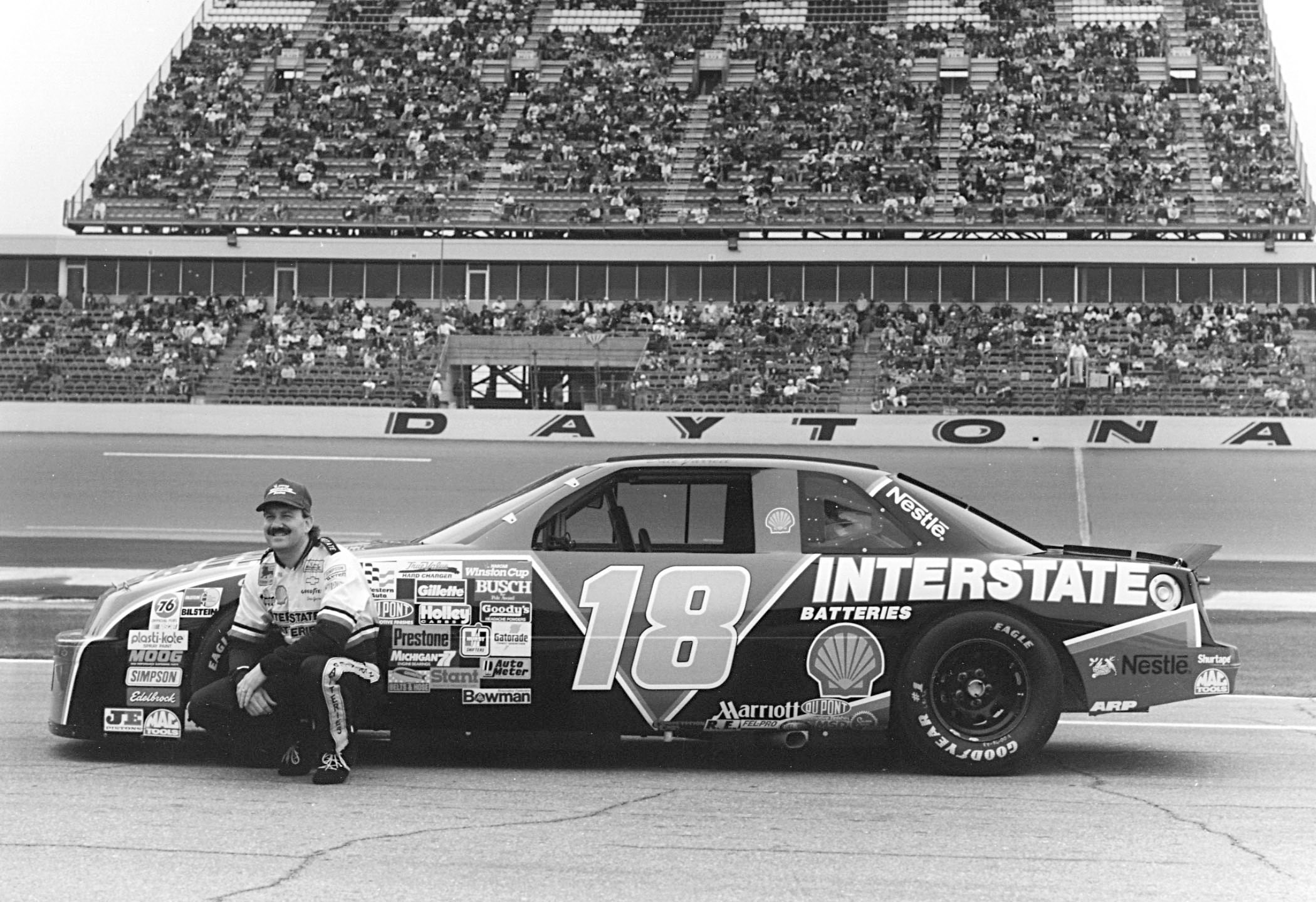 A pair of Hall of Fame drivers dueled it out on the final lap of the 1993 Daytona 500, where Dale Jarrett (2014) bested Dale Earnhardt (2010) at the checkered flag by 0.16 seconds. Ned Jarrett (2011), Dale Jarrett’s father, famously labeled the battle the “Dale and Dale show” as he called the dramatic shootout on the CBS broadcast of the Great American Race from Daytona International Speedway. The first team victory for Joe Gibbs Racing paid $238,200. 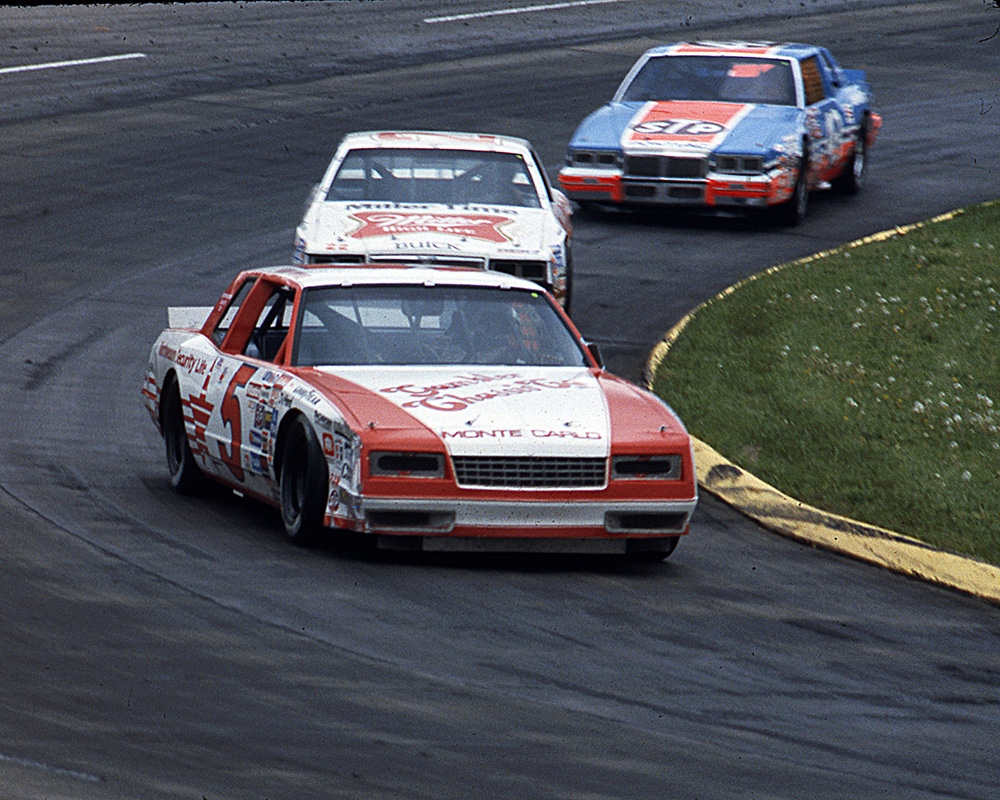 Rick Hendrick was on the verge of shutting down his start-up race team, then known as All-Star Racing, when Geoff Bodine won the spring race at Martinsville Speedway, the 1984 Sovran Bank 500. The $29,880 purse helped the team stay afloat, but more importantly, it allowed Hendrick to attract enough sponsorship to keep the team going. The following year, the team changed its name to Hendrick Motorsports and went on to win a record 12 premier series championships. 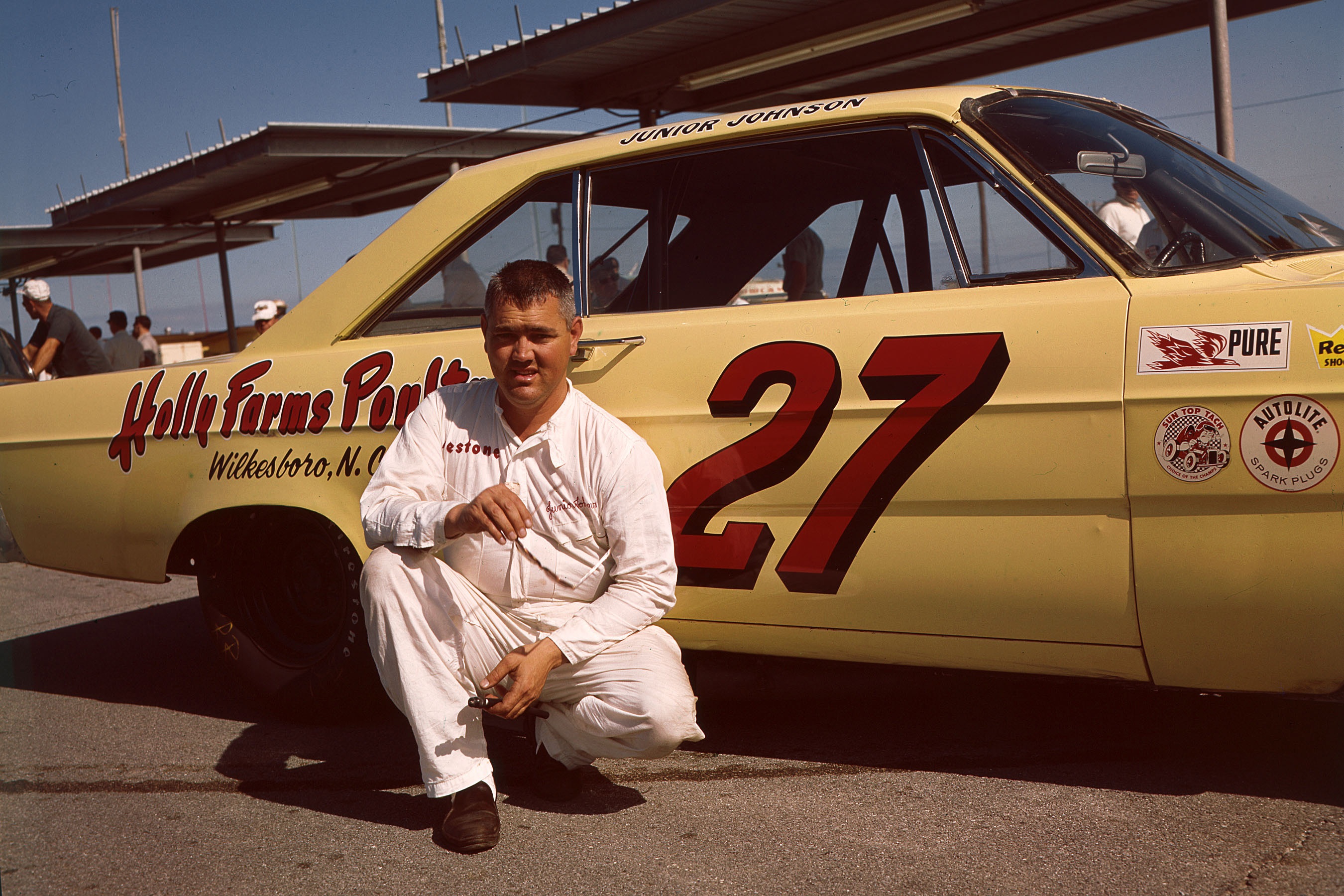 Inaugural Hall of Famer Junior Johnson won 50 races as a driver, including a career-best 13 in 1965, when he raced his own Fords with Holly Farms sponsorship. Johnson posted the impressive win total despite competing in only 36 of 55 races that season. His first win of ’65 came in the second of two 100-mile qualifying races for the Daytona 500. Back then, the twin qualifiers counted as points races, which they no longer do. For besting the 28-car field in the 40-lap prelim, Johnson won a meager $1,100. Johnson won six championships as an owner, three each with Cale Yarborough (2012) and Darrell Waltrip (2012). 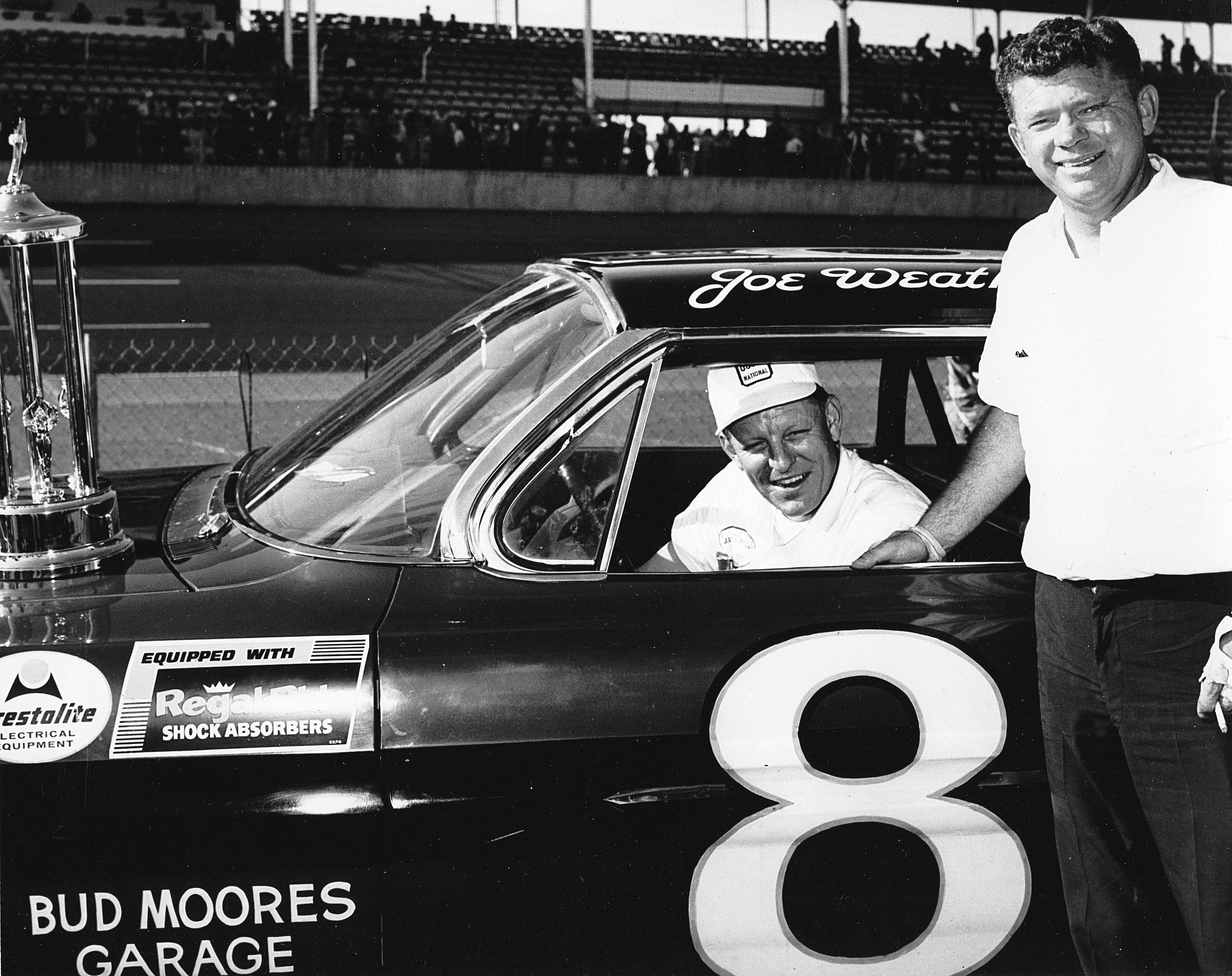 South Carolina native and World War II hero Bud Moore won 63 races as a team owner in the NASCAR premier series. The first came at Daytona International Speedway in 1961, where Hall of Famer Joe Weatherly (2015) won a 40-lap qualifying race for the Daytona 500, earning $1,000 in the process. Weatherly would go on to win nine races and finish fourth in points before winning consecutive championships in 1962 and ’63. 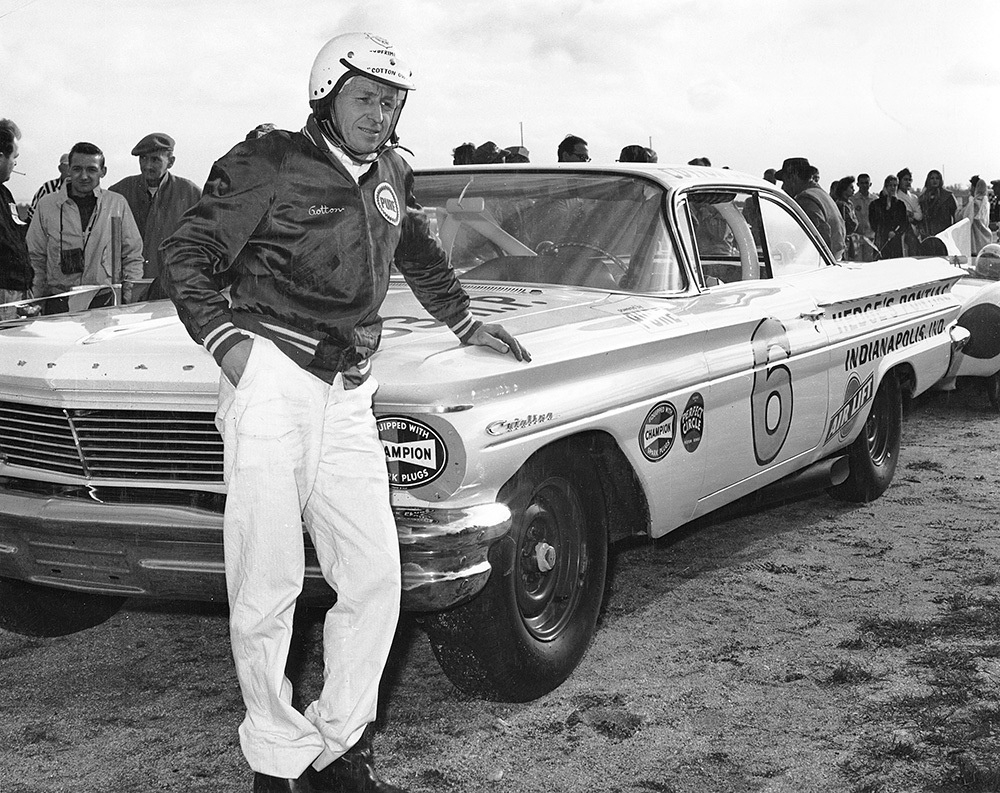 The first of Cotton Owens’ 38 premier series race wins came in 1960 in his own Pontiac. Photo courtesy of NASCAR Archives & Research Center.

Another Hall of Fame owner from South Carolina, Cotton Owens won NASCAR Modified Division championships as a driver in 1953 and ’54, and was runner-up to Lee Petty (2011) in the premier series in 1959. His first win as a team owner came in 1960, driving his own Pontiac at his hometown track, Piedmont Interstate Fairgrounds in Spartanburg. First place for the 100-mile race on the half-mile dirt track paid a mere $800. 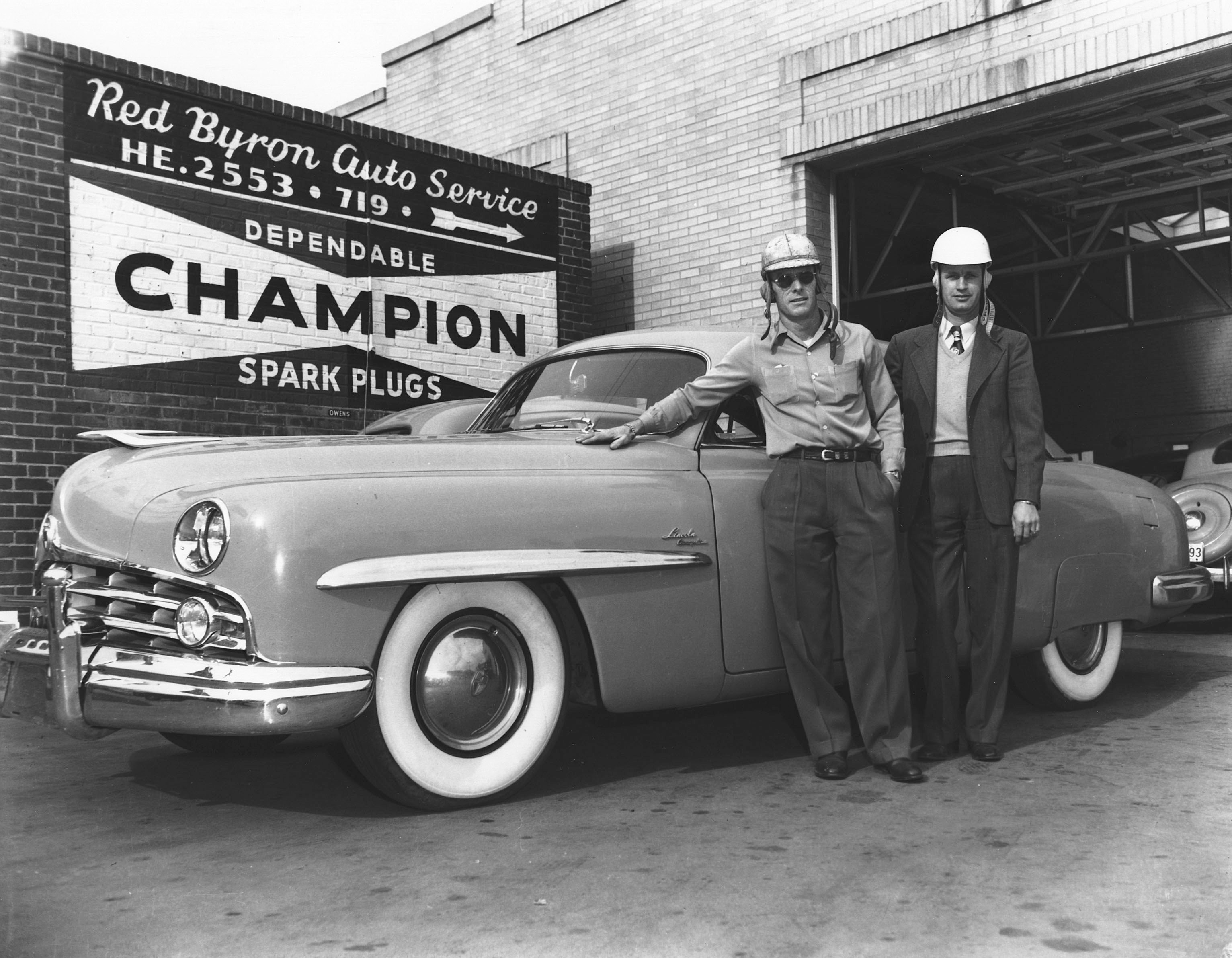 The oldest of 16 children in Dawsonville, Georgia, Raymond Parks was a millionaire in Atlanta in 1940s, thanks to a string of lucrative businesses including bootlegging, service stations, vending machines and real estate. Parks was the winning Modified Division team owner in NASCAR’s first season of 1948. A year later, in the first season of the premier series, he was again the championship owner with Hall of Fame driver Red Byron (2018). In six races they entered in 1949, Byron and Parks won twice, the first time coming on the old Daytona Beach & Road Course in July, a race that paid $2,000 to win. 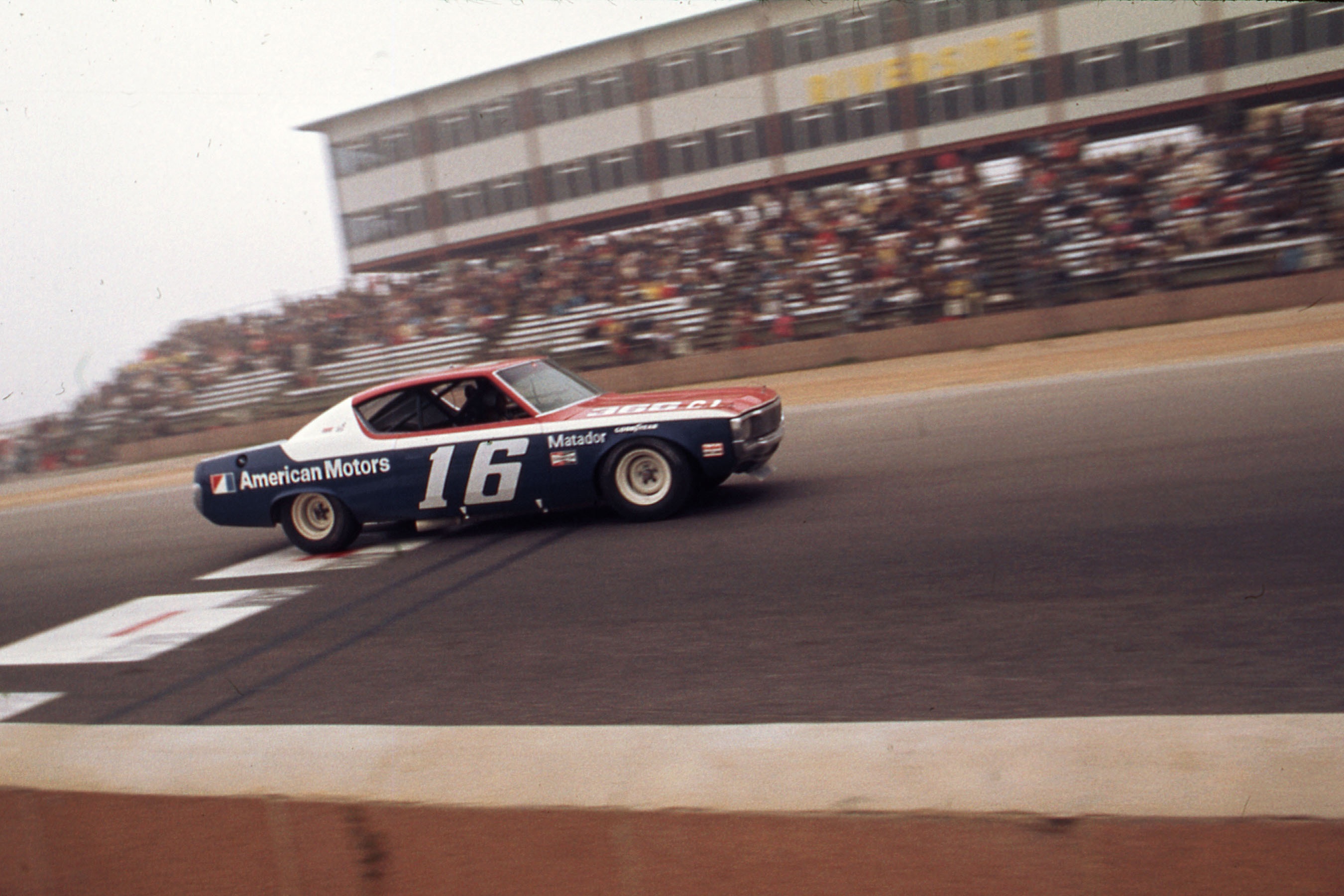 By the time Roger Penske began fielding a NASCAR team in 1972, he had firmly established himself as a first-class operator in open-wheel and sports-car racing. When Penske came to NASCAR, he brought American Motors Corp. with him, as well as superstar driver Mark Donohue. It was Donohue who gave Penske his first NASCAR victory, capturing the 1973 Winston Western 500 at Riverside International Raceway. Driving an AMC Matador, Donohue led 138 of 191 laps, winning $15,170 in a race that took nearly five hours to complete. 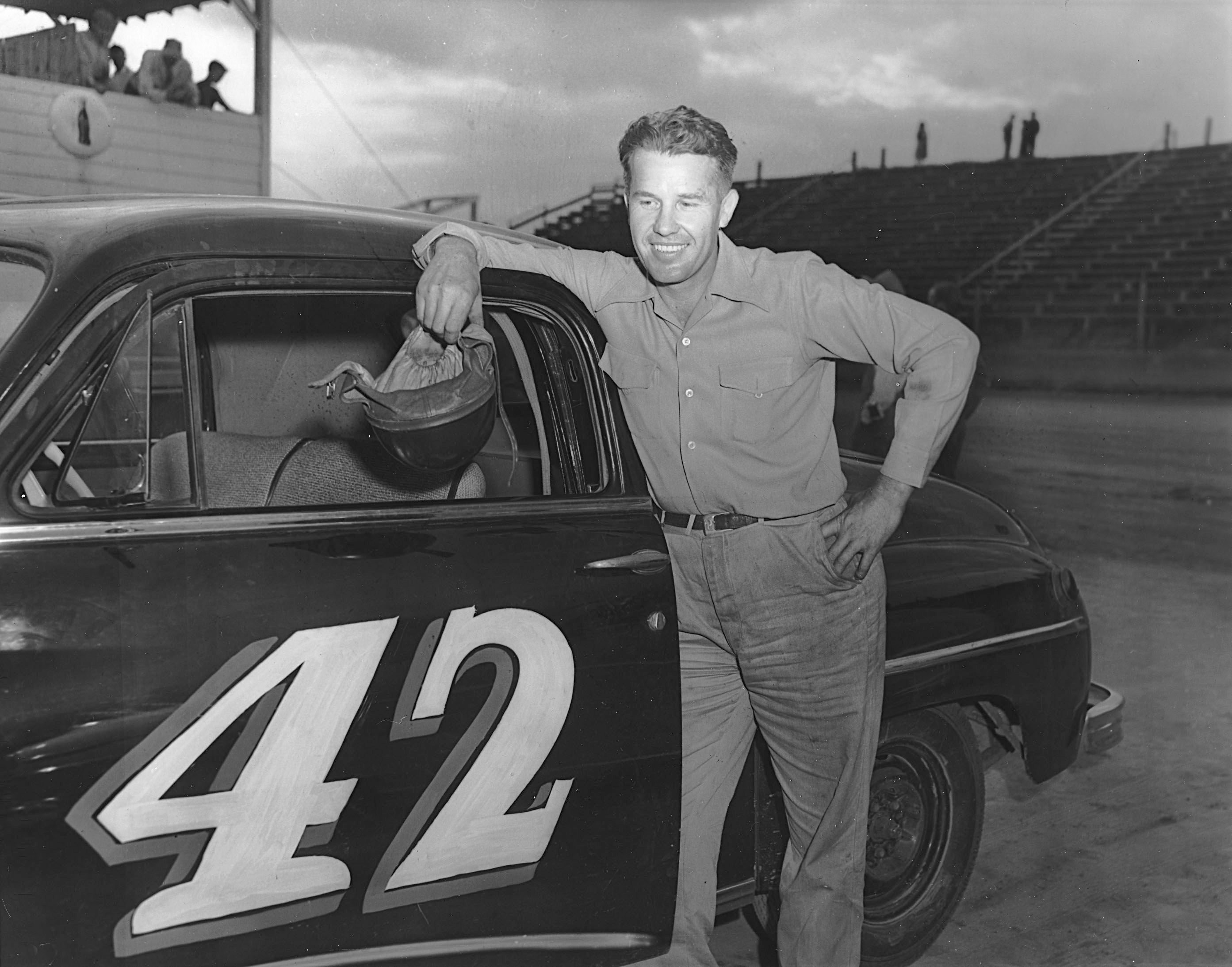 For the patriarch of the Petty clan, racing was simply the family business that put food on the table. Lee Petty was a part of NASCAR as an owner/driver from the very beginning of the sport. Petty competed in the first Strictly Stock series race in 1949, and won the seventh of eight races that season. Driving a 1949 Plymouth, Petty led 196 of 200 laps to win on the 0.500-mile Heidelberg Raceway dirt oval in Pittsburgh. Twenty-three drivers competed in the event, which paid $1,500 to win. 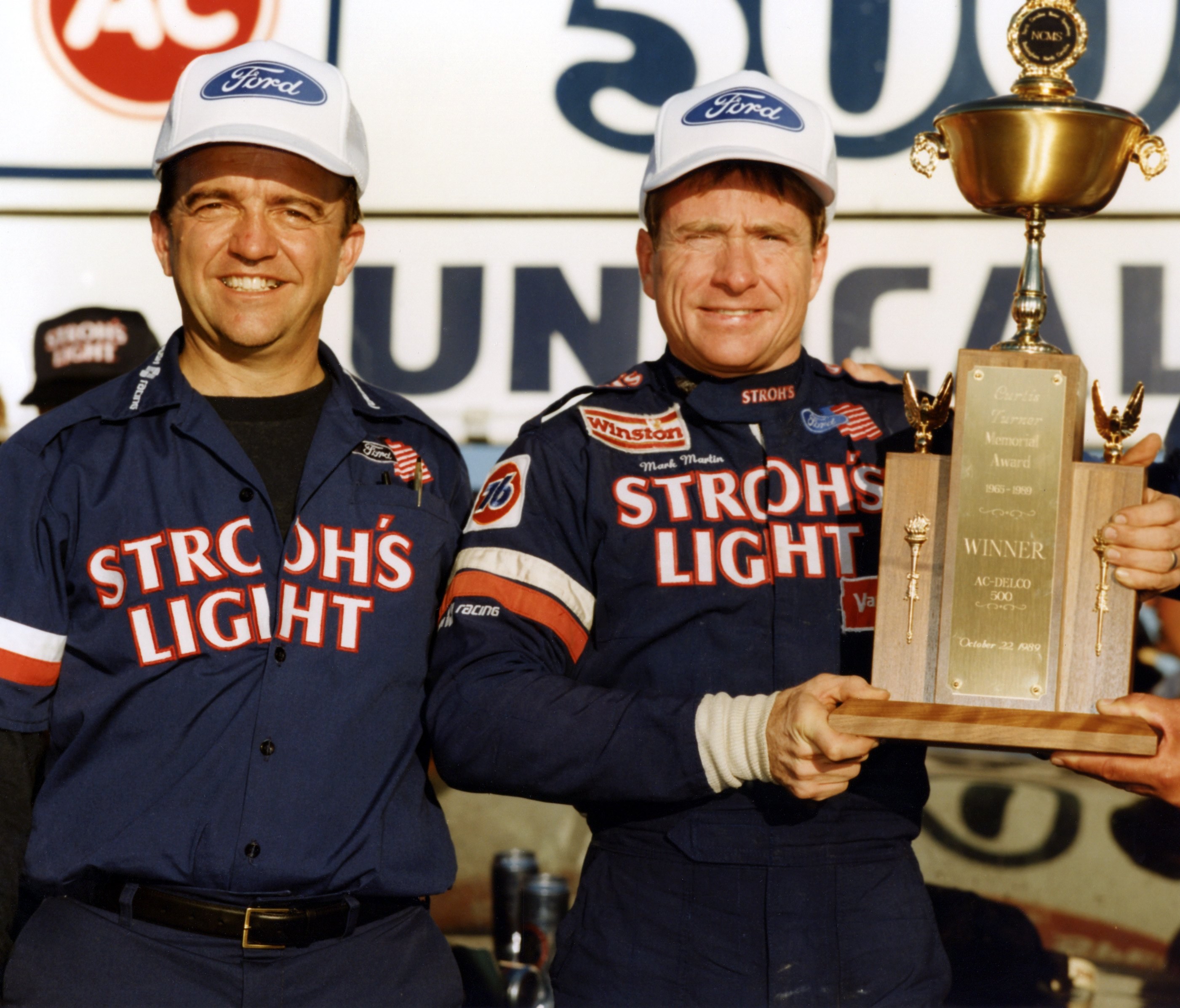 The first victory for car owner Jack Roush (left) and driver Mark Martin was a proud moment for both. Photo courtesy of Dozier Mobley/Getty Images.

Before entering NASCAR, Jack Roush already had earned numerous championships in sports car and drag racing. In 1988, Roush formed his NASCAR team, hiring future Hall of Famer Mark Martin (2017) to drive his Fords. After a winless first year together, Roush and Martin hit pay dirt late the following season, when Martin won the 1989 AC Delco 500 at North Carolina Motor Speedway. It was the first victory for both the team owner and the driver, and the victory was worth $52,800. 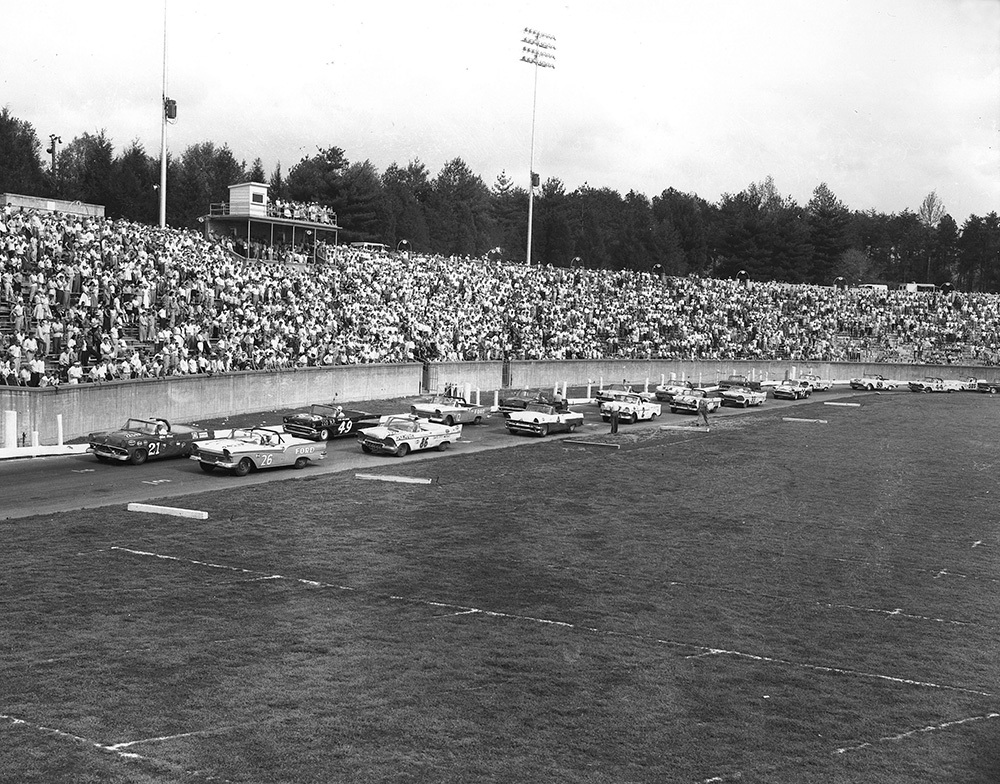 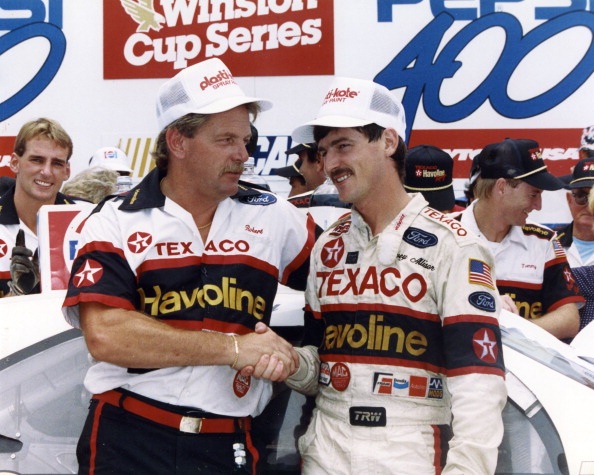 After purchasing his race team from Harry Ranier, team owner Robert Yates and Hall of Fame driver Davey Allison (2019) quickly found victory together in their first season of 1989. In the ninth race of the ’89 season, Allison captured the Winston 500 at Talladega Superspeedway, his home track. In that race, Allison led 94 of 188 laps, earning $98,675 with the win. Yates would go on to win a championship with driver Dale Jarrett (2014) in 1999, with Robert Yates Racing winning a total of 57 premier series races in 21 seasons.